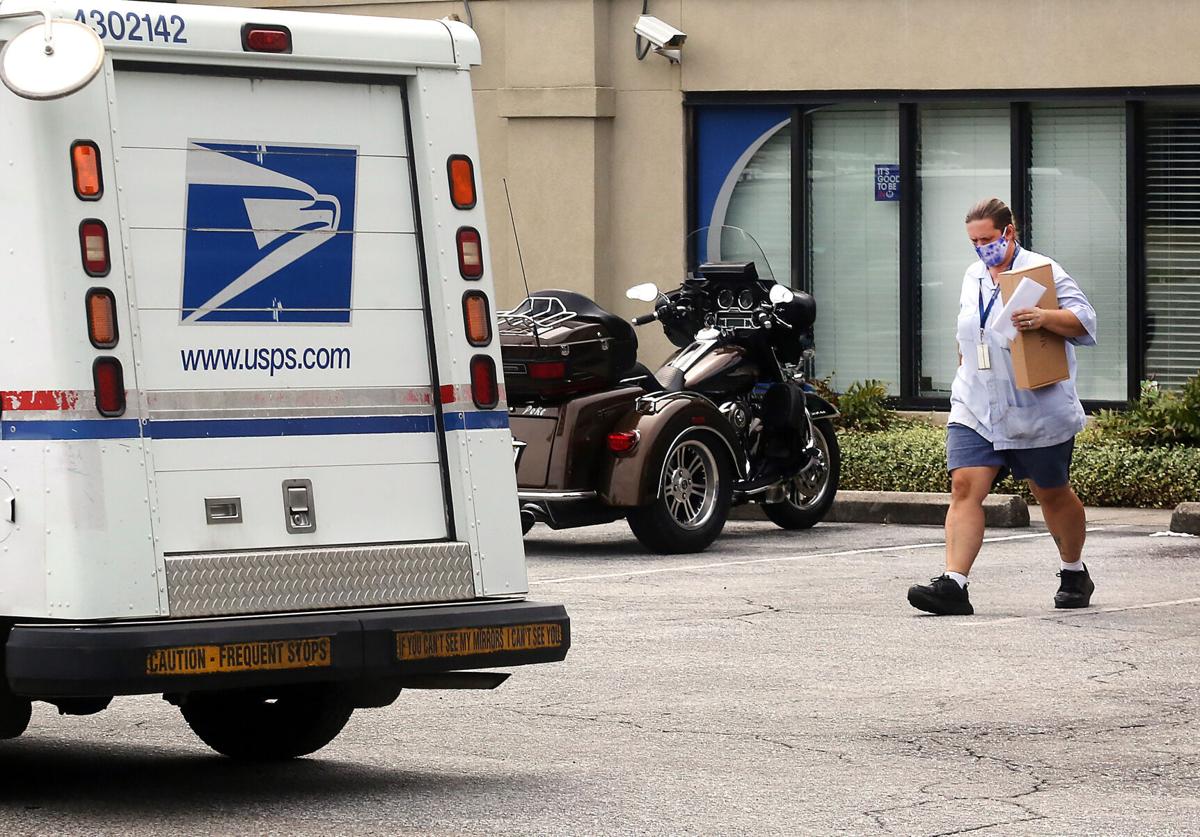 A United States Postal Service employee delivers and picks up the mail at businesses on Ashley River Road in West Ashley on Thursday, Aug. 13, 2020. Brad Nettles/Staff 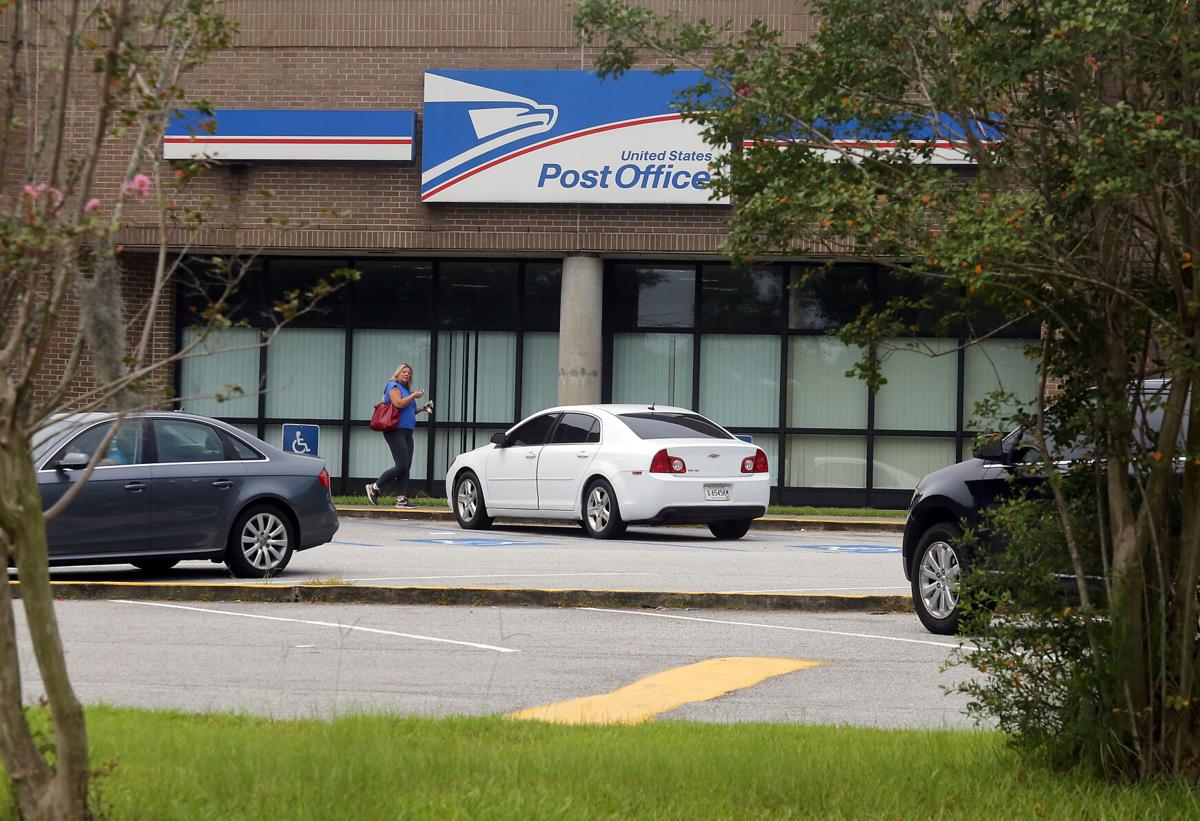 For nearly a decade, Lindsay Windham was able to rely on the U.S. Postal Service to help run her e-commerce business out of Charleston.

The federal mail service was an efficient and cost-effective way to ship her company's specially designed wallets, sunglasses and other accessories all over the United States.

The Postal Service's priority shipping allowed the small business to get packages to customers in one to three business days, no matter where they were located.

It was a perfect fit for Windham and Nate Justiss, who co-founded Distil Union in 2011. They are both designers by trade, and the reliable shipping provided by the Postal Service allowed them to focus on other aspects of their business.

They rarely fielded complaints about the roughly 500 packages they send out of their fulfillment center in Charleston each month. That was, until late-July.

At that point, Distil Union's customer service employee began fielding a significant number of messages about packages not arriving on time and online tracking information from the Postal Service not showing the status of shipments.

Mail could be delayed as new postal boss pushes cost-cutting

“We’d not had an issue with the USPS since we started shipping things almost 10 years ago," Windham said. "So this was really, really noticeable.”

Windham is not alone in recognizing a change with the Postal Service in recent weeks. Several other businesses and people in South Carolina told The Post and Courier they've also had problems with mail they were sending or receiving in the past month.

So far during DeJoy's tenure as postmaster general, the federal agency has announced an overhaul of its leadership and moved to restrict overtime among its workforce.

DeJoy said those steps were needed to reform the Postal Service and cut down on costs. But the changes opened the agency to criticism almost immediately.

The overtime rules raised the likelihood that postal employees would not be able to provide the timely service people expect. Past audits of the Postal Service's overtime practices do cite ballooning costs, but they also note that overtime provides flexibility for the agency and allows it to meet its delivery obligations.

Letters to the Editor: Voting by mail is not a partisan issue

Democrats in Congress have expressed concern about the issue, especially since many Americans are likely to use the Postal Service to vote amid the coronavirus pandemic this year. Trump said this week that he opposed federal emergency spending for the Postal Service because he wants to restrict the widespread use of mail-in ballots in the upcoming election.

At the same time, dozens of House members signed a letter to DeJoy this week asking for more information about the policy changes he made. Several senators also called for an audit of the agency.

"These changes threaten the well-being of millions of Americans that rely on the Postal Service for delivery of Social Security checks, prescriptions, and everyday mail of all kinds — and they appear to pose a potential threat to mail-in ballots and the 2020 general election," the group of Democratic senators wrote.

DeJoy said the changes to overtime were not causing service delays.

"Despite any assertions to the contrary, we are not slowing down election mail or any other mail," he said Aug. 7.

Rick Badie, a spokesman for the Postal Service, also denied that changes at the agency were slowing the mail delivery services in any way.

“The United States Postal Service continues to employ a robust and proven process to ensure the proper handling of all mail consistent with our standards," he said.

People in South Carolina who use the Postal Service frequently are not so sure that's true.

Hoping it will end

Andrew Williamson, who lives in downtown Charleston, said he's noticed some irregularities with mail recently. He's been trying to buy and sell items on eBay during the pandemic but has had mixed results receiving packages.

“It’s been really inconsistent the last few weeks and I’m not sure what the problem is, if it’s COVID or what’s going on with Postal Service,” Williamson said. “There are some packages that get there when they are supposed to or even early and others where I’ll be watching the tracking number and won’t hear or see any progress for three or four days. I have no idea what’s going on.”

Jenks Farmer noticed some of the same. Farmer, who operates a specialized nursery on his family farm in Aiken County, has used the Postal Service for his business since the 1990s. He relies on the federal carrier to ship thousands of bulbs for lilies and other flowers to gardeners all over the country.

But of late he's noticed problems with his shipments. It all started roughly a month ago, he said. The first sign was a call he received from a regular customer in Jacksonville, Fla., who complained their bulbs had not arrived on time.

The customer was patient, Farmer said, but called after waiting more than eight days for his shipment to arrive. Farmer immediately sent replacement bulbs thinking the package had been lost. But the first shipment eventually arrived.

Farmer, who also creates garden designs for clients, said he's dealt with a handful of similar problems. He doesn't have much choice but to continue using the Postal Service, he said. Other people might consider going with a private carrier, but Farmer said UPS and FedEx don't provide the same service to his rural corner of Aiken County.

“We will continue to support the Post Office in the hopes that this will end,” he said. "The Post Office is part of the community like I am, and I’m going to stick with them."

Not everyone is as loyal. Some people are already looking for ways to use the U.S. Postal Service less.

Cynthia Feldman, the owner of Sweetgrass Pharmacy and Compounding in Mount Pleasant, said her business has seen an uptick in customers who have grown frustrated with mail-order pharmacies located outside South Carolina.

Her staff, she said, noted an uptick in the number of new customers complaining about prescriptions from national pharmacies not arriving on time or being lost in the postal system.

Sweetgrass Pharmacy, Feldman said, has been able to cash in on those problems because it provides free local delivery service to places like Mount Pleasant, Charleston, Summerville and Goose Creek.

Many business are not benefiting in the same way.

Windham and her small team at Distil Union are no longer offering customers priority shipping through the Postal Service.

She ended that delivery option because the company was forced to refund too many people when the packages didn't show up in the allotted time. People were paying for express service and waiting more than a week to get their orders, she said.

Windham is convinced those problems are tied to the changes being made by the new postmaster. That's why she recently signed an online petition calling for DeJoy's resignation.

The federal agency provides a public service, Windham said. It's not a for-profit business. She doesn't understand why more Americans aren't upset about the changes that are being made to the historic institution.

“It’s something we’ve taken for granted," Windham said. "You don’t appreciate it until it’s threatened.”