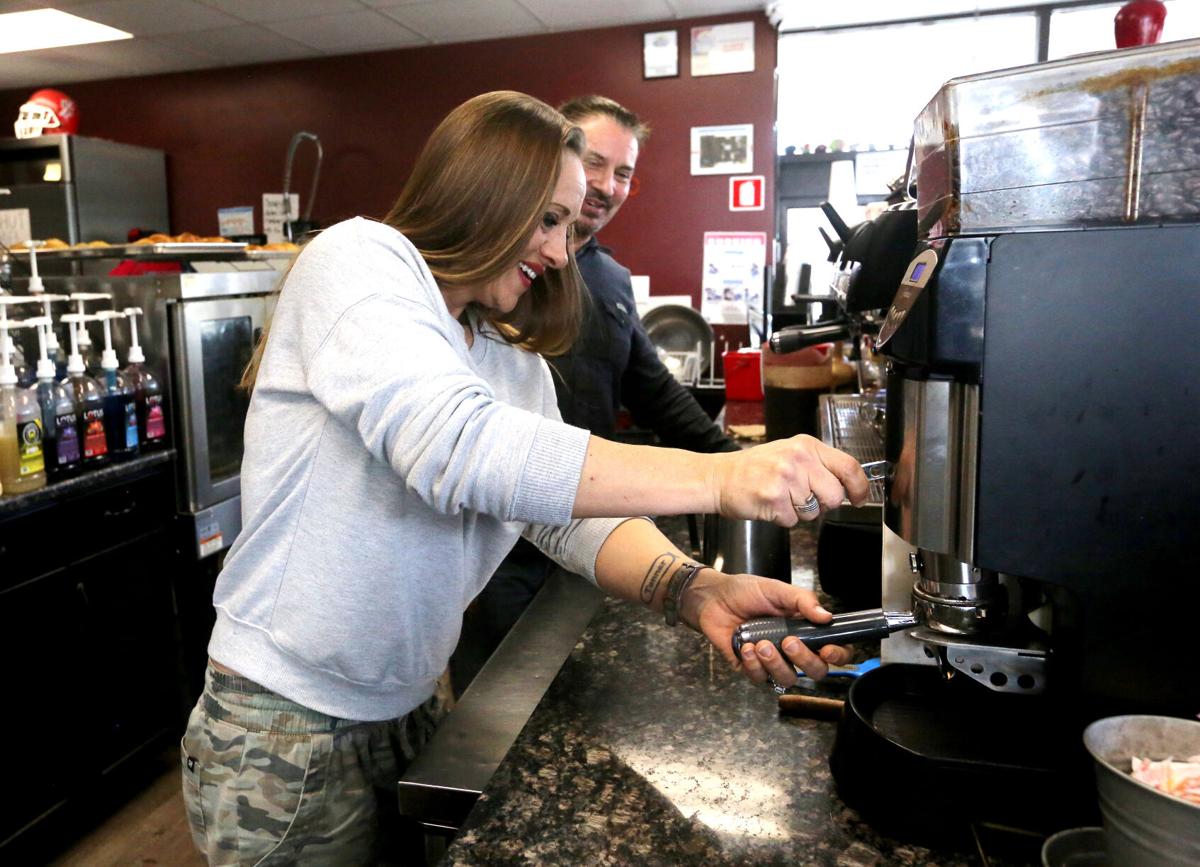 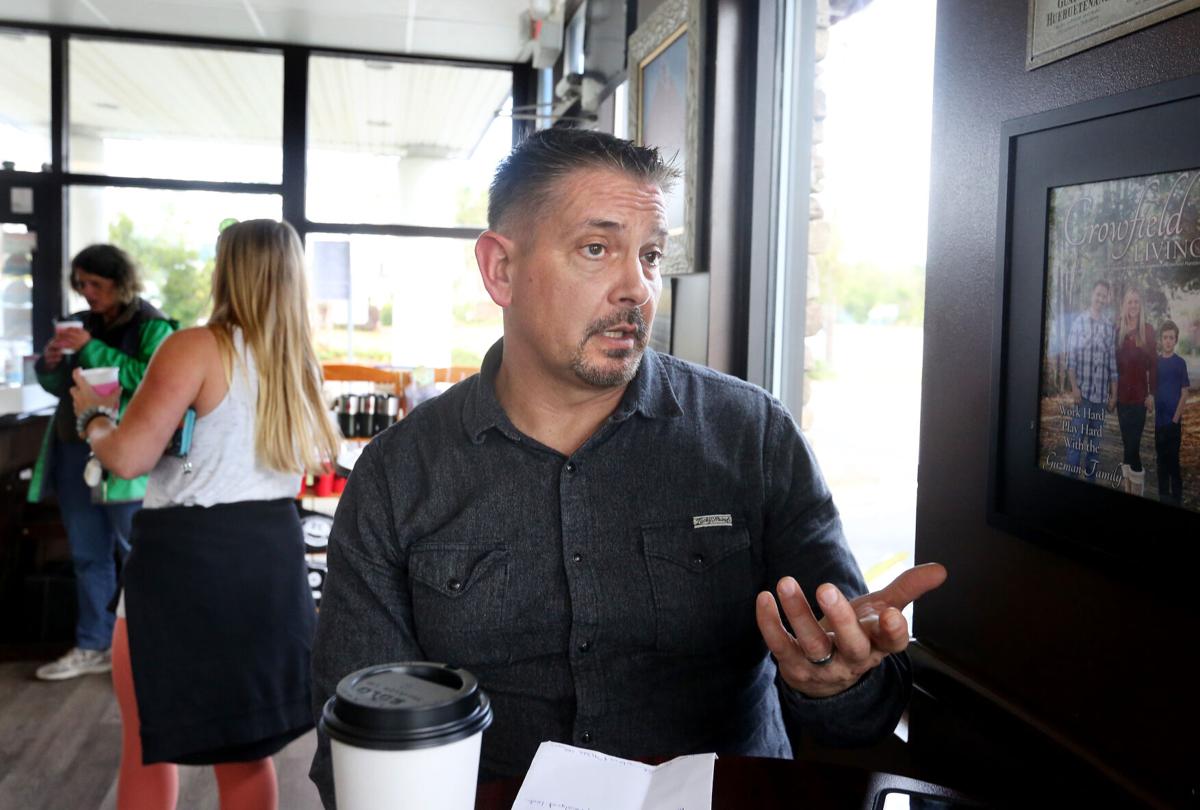 Dan Guzman, who owns Ra Coffee Company with his wife, Christina, talks about how the couple manages the business. Brad Nettles/Staff

GOOSE CREEK — Dan Guzman had been involved in retail and logistics at the corporate level for more than three decades when he moved to the Lowcountry in 2014.

He had worked as a grocery store manager in the retail sector in California before making the jump to the aerospace industry as a procurement and program manager.

As successful as he’d been in the corporate world, Guzman and wife, Christina, wanted out of the lifestyle. They yearned to create something of their own and decided to start a small business.

“For 20 years, Christina had always dreamed of owning a coffee shop,” Guzman said.

Guzman liquidated his retirement account and put nearly $200,000 of his own money into the business and Ra Coffee Co. was born.

“We took a leap of faith without a parachute,” said Guzman, who named the business after the family's cat. “We were all in.”

As well-versed in labor costs and supply chain issues as Guzman was, he knew he would need help getting his idea off the ground.

Guzman, like many budding local entrepreneurs, turned to the South Carolina Small Business Development Center in North Charleston for help in navigating the pitfalls of starting a small business.

“I knew the baseline stuff, cost of goods versus labor, inventory flow, hiring employees, but starting your own business is so much more than that,” Guzman said. “I like to think that without their help, we could have succeeded, but there’s no way we’d be where we are today without them.”

In October 2018, Ra Coffee opened its doors on the south end of Goose Creek along U.S. 52 with three employees and double drive-thru windows. In just three years, the small company has expanded to three stores — two more on Joint Base Charleston — with 27 employees.

“The SBDC was our compass, they were like guard rails and kept us focused on our ultimate goal,” Guzman said. “They have been instrumental in what we’ve built.”

For more than 40 years, entrepreneurs have looked to the center for help in starting a new enterprise or expanding an existing business.

The SBDC has 20 locations across South Carolina, including a new satellite office in Goose Creek that opened in the summer, that help 6,000 clients every year.

Since 2006, the SBDC has assisted the startup of more than 500 new ventures and helped generate more than $383 million in capital formation. In the past five years, SBDC consultants have assisted in bringing more than $1 billion in government contracts to small companies in South Carolina.

In 2020 alone, the SBDC has helped bring to life 143 new businesses, created or retained almost 4,000 jobs and obtained more than $77 million in financing.

Most of the SBDC consultants have been entrepreneurs themselves or have been involved in the financial sector. The assistance they offer is free.

“What we try to do is take entrepreneurs through the process on how to start a new business,” said Tom Lauria, an export and manufacturing business consultant with the Charleston center. “We want to help them take their dream and turn it into a sustainable business.”

With the population booming in Berkeley County, the SBDC was getting more and more clients from Goose Creek and Moncks Corner. Opening an office in the area seemed like a logical move. Once a week, a consultant with SBDC will meet with clients in the city’s municipal office.

“We’ve kind of become the epicenter for business in Berkeley County,” said Matt Brady, Goose Creek’s economic development director. “The SBDC is such a great resource for anyone looking to open a small business.”

Genesis Wernham discovered just how crucial the SBDC could be to her success when she was looking to expand her day care business.

Wernham had been operating the Olive Tree Children’s Center out of her Ladson home for about a year and wanted to expand into a larger facility. She had her sights set on a nearby building and was just about to sign a lease when she called the SBDC.

“I talked with Tom (Lauria) and we went over the numbers and realized that the building was way overpriced,” said Wernham, who had worked as an elementary school teacher in New York. “He saved me. If I had signed that lease, I would have been in deep, deep trouble and it would have taken me years to get out of it.”

Wernham is in the process of getting a lease for a building that she hopes to open within a year.

Guzman and Wernham agreed that the SBDC’s help with developing a business plan was crucial in their endeavors.

“I’d written business plans in college, and I’d been involved with business plans throughout my career,” Guzman said. “Christina put together what I thought was a great plan, but we ended up going through four drafts. They wanted it to be perfect and that was a huge help because that’s your playbook, that’s your blueprint for success.”