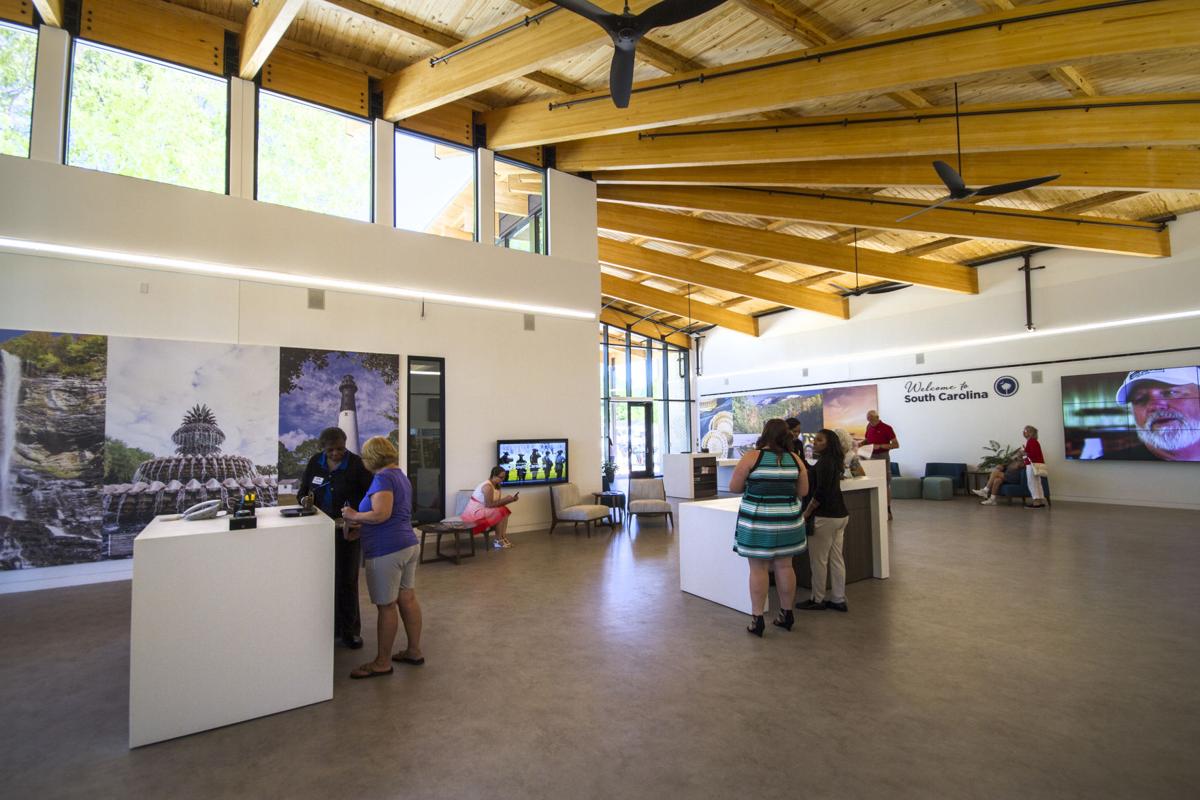 Guests are greeted at a welcome center in Hardeeville near the South Carolina border. The rural town has seen the largest population growth percentagewise in the state due to its proximity to Hilton Head Island and Savannah, Ga. File/Provided 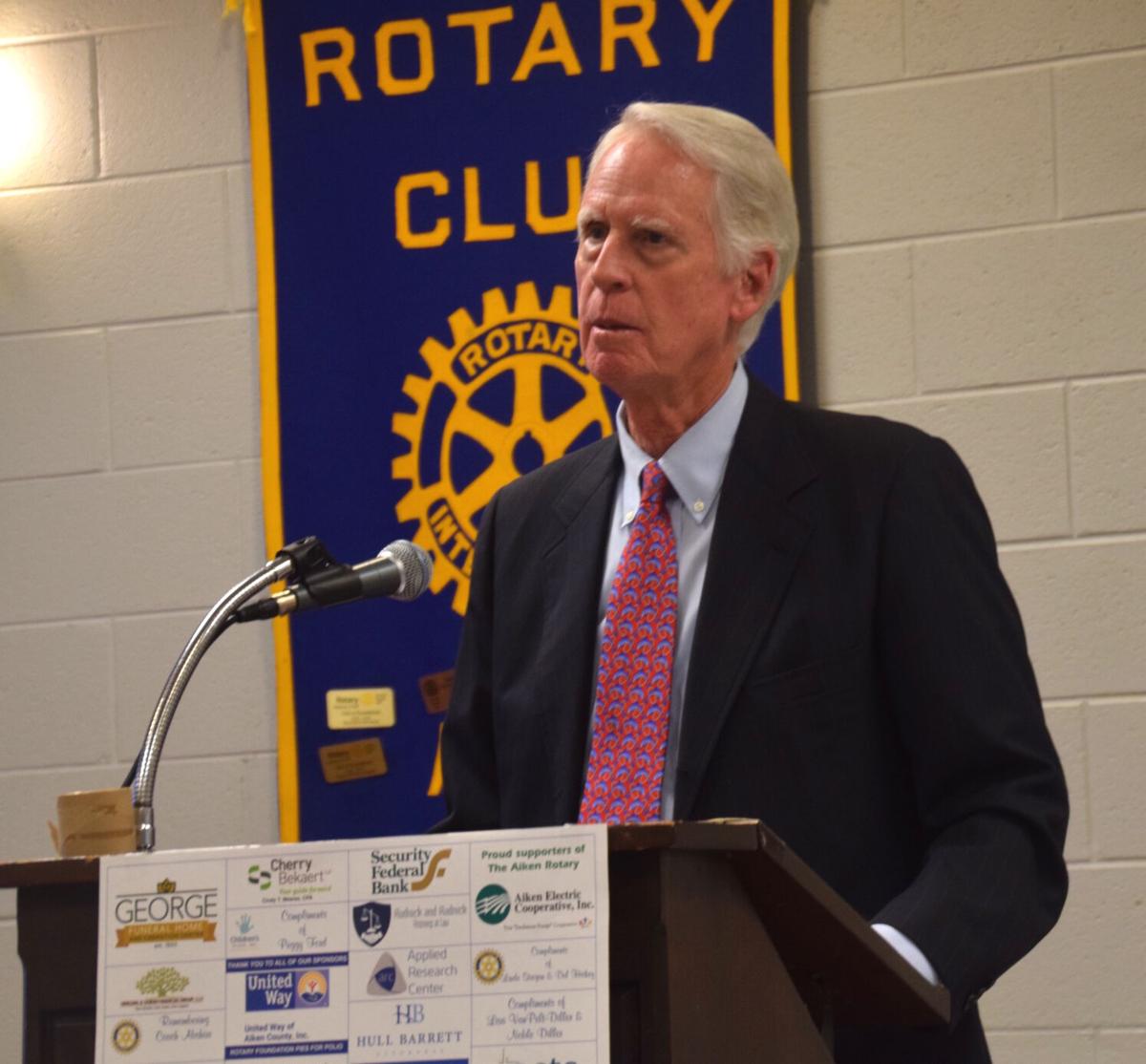 Dan Ellzey, executive director of the South Carolina Department of Employment and Workforce.

Most of the population growth took place in 26 of the Palmetto State's 46 counties located closest to South Carolina's biggest cities. At the same time, populations are gradually shrinking in rural areas, particularly those in the southern and eastern parts of the state, said Dan Ellzey, executive director of the state's Department of Employment and Workforce.

The most significant population declines were in Sumter and Orangeburg counties, where 366 and 177 residents, respectively, left in the past year.

"Many of the remaining residents consist of older adults who have retired out of the labor force," Ellzey said.

Municipalities that grew the most were Bluffton near Hilton Head Island, with 3,457 more people, and Greer, home of BMW's car-making factory, adding 3,068 residents to its population. Fort Mill, along the North Carolina border near Charlotte, also showed impressive population growth, adding 2,736 residents.

North Charleston added 1,701 residents in the past year while 1,527 people moved to Mount Pleasant.

One reason for city-centered growth is that South Carolina is an attractive location for technology and manufacturing industries, and most of those companies want to locate near larger population centers.

Rural Hardeeville, which increased its population by one-seventh in the past year to become the state's fastest-growing municipality percentagewise, is something of an outlier, said Bryan Grady, the DEW's labor market information director. Hardeeville benefits from its proximity to both Hilton Head Island and Savannah, Ga., making it a convenient place to live for workers in those areas.

The conveniences of living and working near metropolitan areas is likely a key factor in drawing younger, working-age residents away from their rural communities.

"Generally, most people leaving rural counties stay within the state when they decide to move, particularly to whatever the nearest metropolitan area may be," Grady said.

Fixing the population decline in rural municipalities is necessary to ensure that all corners of the state have access to economic opportunities, he said.

The solution is to make those smaller communities appealing for businesses to locate factories and other facilities and help small towns provide amenities that appeal to workers and their families, Grady said.

The Department of Commerce has taken steps to attract employers, and the recent allocation of federal funds to support rural broadband and infrastructure development is "moving the needle in the right direction," Grady said.

But as efforts to draw more companies to rural localities continues, a lack of workers to fill open positions could worsen a problem that persists there and across the state.

"While individuals come in to join the local labor force and fill open jobs, they also may help to create additional openings in other industries at the location," said Joey Von Nessen, a research economist at the University of South Carolina.

More people moving to these rural communities will grow the demand for healthcare, restaurants, transportation and other industries that are among those seeking the most help over the last 30 days.

It will be essential to keep younger residents in those rural communities or draw them back after they've sought educational opportunities elsewhere, Von Nessen said.

Employers are already struggling to find workers because the state's job market is robust. There were 189,000 job openings in South Carolina in March, according to the Bureau of Labor Statistics, but there were only about 80,000 people without a job actively seeking work.

"If the in-migrants are not in the labor force, this could exacerbate an existing problem where additional demand is realized, but the supply of workers remains unchanged," Von Nessen said. It's a particular problem in retirement hot spots, but one Hardeeville and Jasper County might avoid.

Census Bureau data and projections made by the S.C. Revenue and Fiscal Affairs Office show Hardeeville and Jasper County will most likely have continued growth in their workforce and possibly become a far more significant piece of the state's total population and economy in upcoming years.

For other areas, filling openings will require firms to offer what workers want, whether that's higher salaries, more flexibility, telecommuting opportunities, amenities, or something else, Grady said.

"Because there is so much turnover, a lot of workers are able to find jobs that meet their specific interests and maybe offer more benefits, which leaves some customer service-focused industries having trouble finding staff," Grady said.

As the Federal Reserve raises interest rates to help cool off inflation, this will moderate, but demographic changes caused by the retirement of older workers are a long-term issue, Grady said.

The DEW has commissioned a Labor Force Participation Task Force to find solutions to bring new people into the state's workforce to help alleviate employment concerns.