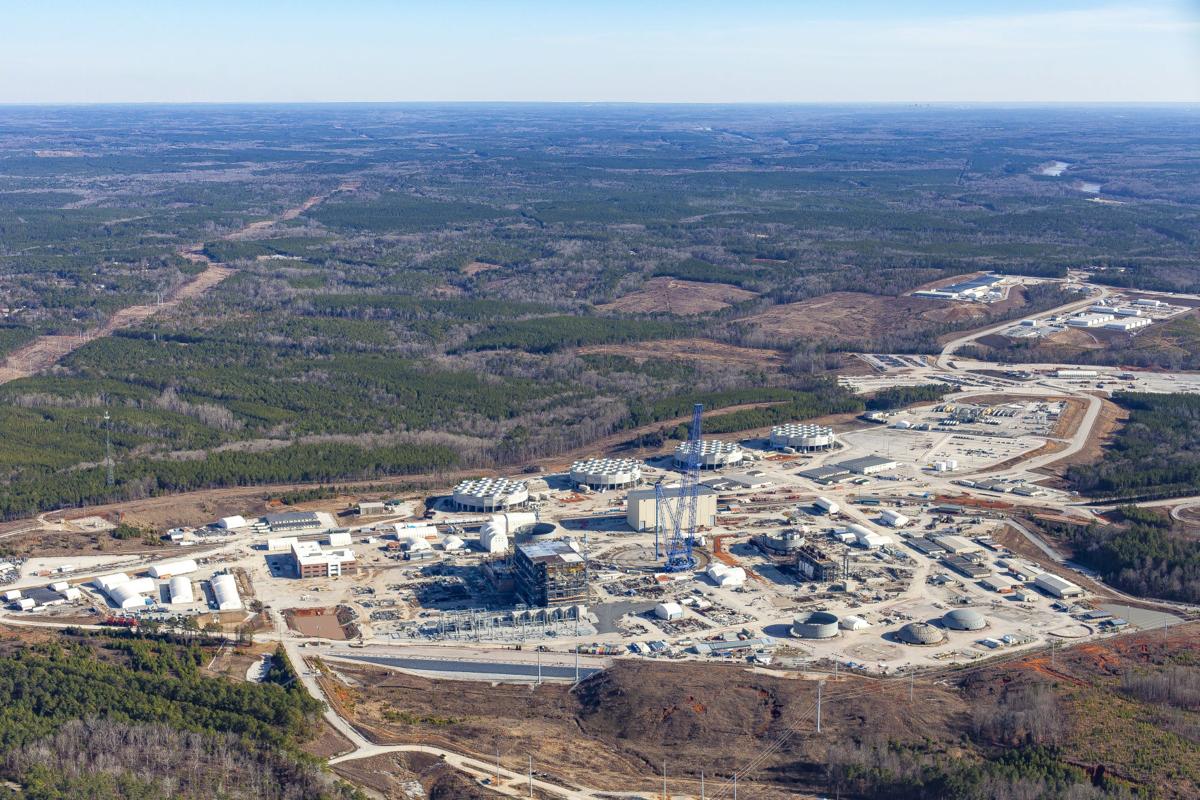 This summary of a November 2016 meeting between SCANA and Westinghouse Electric shows concerns raised by Ron Jones, SCANA's vice president of new nuclear operations. Jones said he doubted the project would be finished on time if significant improvements weren't made.

COLUMBIA — A SCANA official overseeing work on the V.C. Summer nuclear project openly doubted the reactors would be finished on time, saying in meetings the pace was on track to finish years behind schedule, according to a lawsuit filed in federal court and records obtained by The Post and Courier.

The concerns came up in monthly meetings about the project’s construction progress when SCANA’s contractor Westinghouse Electric told the power company how much headway it was making.

Month after month, it reported sluggish results that put the project further behind.

More than once, a SCANA employee pointed out the anemic pace made the schedule unrealistic, according to a lawsuit filed against SCANA by its Wall Street investors.

If it didn’t accelerate the work, the employee reportedly said the reactors wouldn’t be done until "2026 or something."

That spelled trouble for SCANA, the owner of South Carolina Electric & Gas. It only had until 2020 to claim $2 billion in federal tax credits for the reactors. All throughout the project it promised utility regulators and shareholders it would meet that deadline.

The attorneys suing SCANA in federal court learned about the concerns being voiced from two high-ranking Westinghouse officials who took part in the monthly briefings at V.C. Summer.

The lawsuit doesn't name the two Westinghouse managers, and the law firm Labaton Sucharow declined to identify them. But Carl Churchman, Westinghouse's onsite manager from 2015 to 2017, and Brian McIntyre, who oversaw licensing for Westinghouse throughout most of the project, confirmed they spoke with the attorneys.

For months, SCANA has blamed Westinghouse for the endless construction setbacks and the project's ultimate demise. But the testimony of two of Westinghouse's leaders at V.C. Summer could mark a troubling turn for SCANA, as some of its contractors' top officials begin to point the finger back.

The recollections of the two Westinghouse officials appear to be corroborated by meeting records reviewed by The Post and Courier.

SCANA's vice president of new nuclear operations, Ron Jones, remarked in one meeting in late 2016 that the contractors would need another seven years to finish the reactors if construction progress didn't substantially improve, according to meeting records obtained by the newspaper.

At the same time, SCANA publicly maintained the reactors would be finished by the end of 2020 as planned.

In an interview with The Post and Courier, McIntyre said the schedule concerns were based on simple math. Workers were completing less than 1 percent of the reactors each month and they were only a quarter of the way done. The slow pace was putting deadlines out of reach.

Even so, it was a striking statement in a meeting between the utilities and their contractors, McIntyre said — the sort of observation that made a room filled with high-level officials pause because no one knew what to say.

"It was a statement of the obvious," McIntyre said.

Nine months after the project's cancellation, only a handful of the records from the monthly project meetings have been brought to light. Those records offer a granular account of the problems the V.C. Summer project faced — and the doubts its owners harbored.

The documents offer, for the first time, a glimpse into the discussions and arguments that took place between SCANA and its contractors as they packed into a room to sort out the growing list of problems plaguing one of the country's first nuclear projects in a generation.

The records show SCANA managers worried the process for making the reactors' building blocks wasn't being fixed, that their attempts to save the project might fail and that Westinghouse might be lying about how much of the engineering was finished.

The Post and Courier obtained two of the monthly meeting minutes from Friends of the Earth and the Sierra Club — two environmental groups that are challenging SCANA in front of the state Public Service Commission.

Another six were released by Santee Cooper under an open records request. It is unclear why Santee Cooper, the state-run utility that owns just under half of the scuttled project, did not have the records from all of the monthly meetings.

Still, the eight months worth of documents that were released shed light onto SCANA's handling of the troubled nuclear project.

In one meeting in April 2015, Jones, the SCANA vice president, readily acknowledged the companies had no idea whether their attempts to get the project back on schedule were working.

"We don't have adequate insight that what we are doing will succeed," Jones said, according to a summary of his remarks. "As a project, we've been slow to resolve problems."

SCANA's chief nuclear officer, Jeff Archie, chimed in and agreed. The notes summarized his frustration: "Things have to change concerning problem resolution if we are going to complete this project."

Two months later, according to the meeting minutes, Archie told the various project managers that it was "hard to be critical because everyone is working so hard. We need to hone in on what is precluding us from being excellent," he continued.

SCANA's spokesman, Eric Boomhower, said the concerns over the cost and schedule for the reactors was "known to everyone," including the company's investors and South Carolina's utility regulators. SCANA took steps, he said, to address those concerns including signing a fixed price contract with Westinghouse in 2016.

"Viewed in the appropriate context," Boomhower said, the comments from the meetings "demonstrate SCANA’s efforts to hold Westinghouse accountable for the commitments they made."

But the efforts to speed up construction never succeeded.

Dogged by lawsuits and federal investigations, SCANA is now attempting to keep the rest of the monthly meeting records under wraps.

SCANA is fighting requests from the environmental groups and the Office of Regulatory Staff — the state's utility watchdog agency — to turn over all of the records from the gatherings that stretched on for hours every month.

The requests for those records, SCANA's attorneys said, are too broad and they won't release the meeting summaries unless the attorneys seeking the documents sign an agreement promising not to share them with the public.

Late last month, SCANA asked the seven utility regulators on the state's Public Service Commission to deny attempts by Friends of the Earth and the Sierra Club to force the utility to release the information.

The utility's attorneys complained the environmental groups had already turned over thousands of pages of documents to The Post and Courier and other media. The groups' actions, SCANA's attorneys said, were only meant to "gratify private spite, promote public scandal, circulate libelous statements or release trade secrets."

Bob Guild, an attorney who represents the environmental groups, said the information in the monthly meetings is vital to determining whether SCANA properly managed the decade-long project and whether it should be allowed to charge customers another $3.8 billion for the abandoned reactors over the next two decades. The project accounts for nearly a fifth of SCE&G's electricity rates.

"These documents are a prime indication of why we got where we are," Guild said. "And the public is entitled to know how we got here."

The project managers for SCANA, Santee Cooper, Westinghouse Electric and Chicago Bridge and Iron discussed the problems at the V.C. Summer nuc…