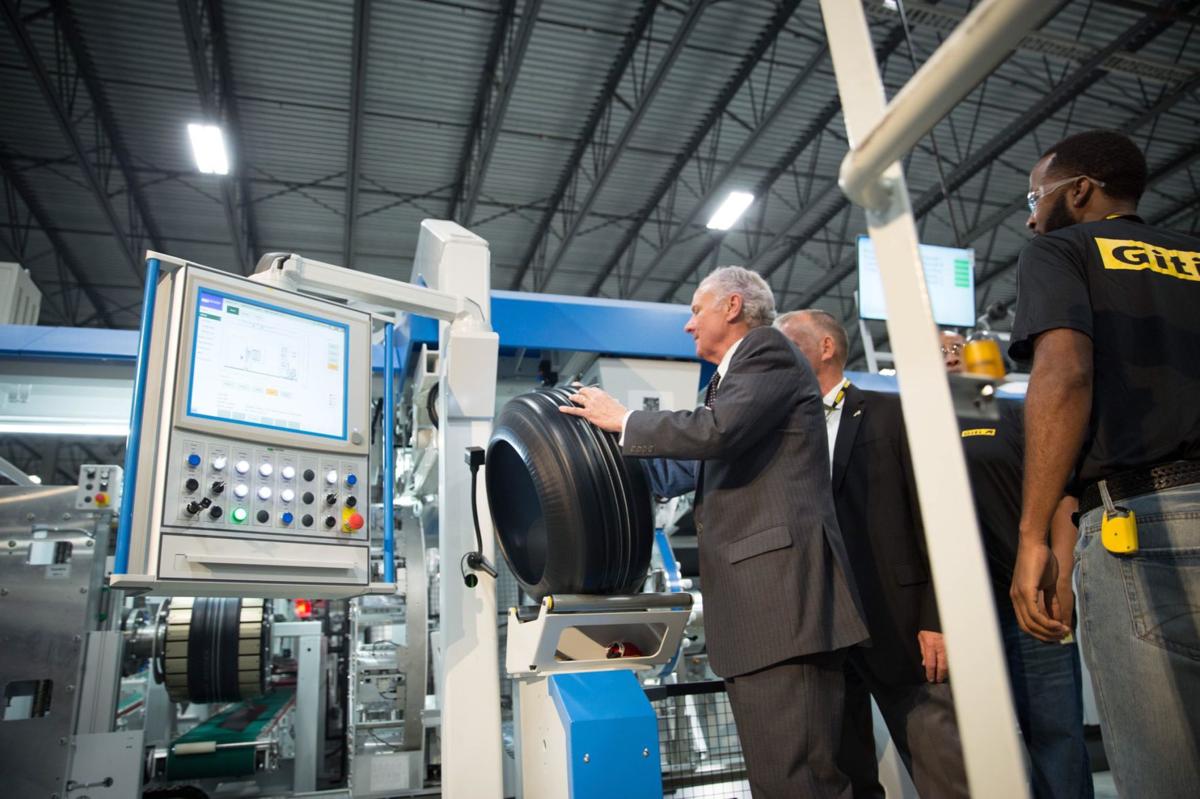 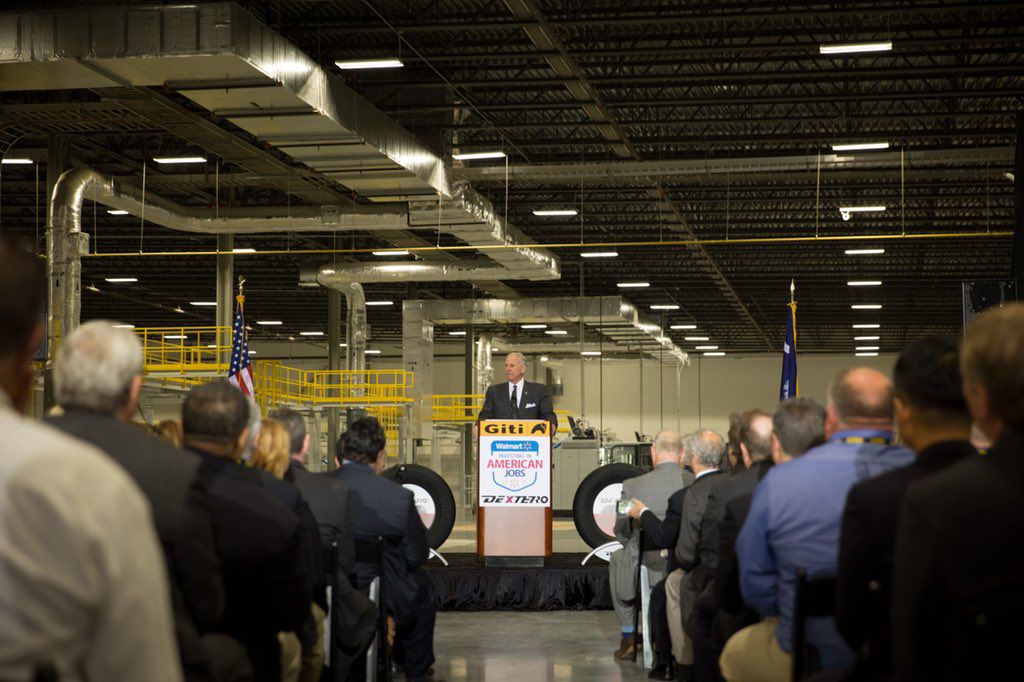 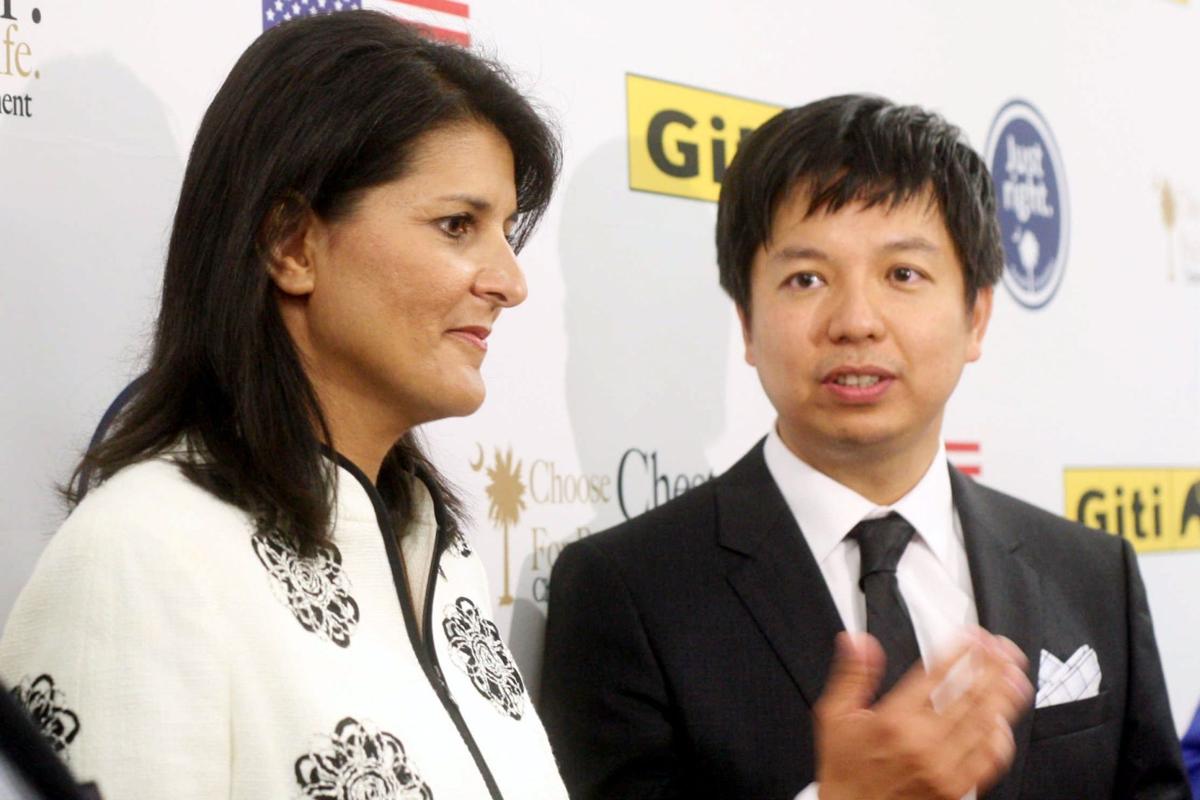 A Singapore-based tire manufacturer is being sued in federal court for failing to pay its bills in South Carolina— again.

The lawsuit marks the second time in two months that creditors have sued the international tire manufacturer for falling behind on payments.

Another company that supplied workers to the factory near Richburg filed a separate lawsuit in August alleging Giti owed more than $500,000 for those contract employees.

Together, the lawsuits paint a picture of a fledgling operation that appears unable to keep up financially. And it suggests Giti isn't paying for some of its most basic expenses — it's workforce and manufacturing equipment.

Gateway Commercial Finance, the company seeking payments for the tire molds, alleges some of Giti's debts have gone unpaid since December 2017, two months after the company held a grand-opening ceremony at the 1.8 million-square-foot facility.

Reliable Management Solutions, the company that supplied forklift drivers and manufacturing employees to the sprawling factory, alleged that Giti began to miss payments in January 2018, and eventually racked up a $2 million debt — a total it has since paid down to $520,000.

Even more, the leaders of Reliable Management Solutions alleged one of Giti's executives blamed the missed payments on a "cash flow problem."

The allegations against Giti are more surprising considering South Carolina put up $39.9 million through a state grant to help purchase the land and improve the site for Giti's factory.

Giti Tire joins 4 others to make South Carolina the tire king in U.S.

From the beginning, the company has received overwhelming political support in South Carolina. Former Gov. Nikki Haley heralded Giti's decision to invest in the state in 2014. And Gov. Henry McMaster was on hand for the factory's opening in October 2017.

Last year, the state Coordinating Council for Economic Development, a panel of state officials led by Commerce Secretary Bobby Hitt, also agreed to extend tax credits to Giti if the company created a set number of jobs and invested a specific amount of money in the plant.

Alex Clark, a spokeswoman for the S.C. Department of Commerce, said state officials weren't told about any financial problems at Giti's factory

"While S.C. Commerce is not aware of such issues, we would defer to the company to address any business-specific questions," Clark said. "S.C. Commerce remains committed to Giti’s success in South Carolina."

David Shelton, the director of product marketing for Giti, pushed back against the allegations the company is having cash flow problems.

"These cases are not related to each other in any way and we reject the allegations in both cases, as well as, any insinuation that something is wrong," Shelton said. "We will defend our interests and ultimately hope to resolve our disagreements with Reliable Management Services and Gateway Financial as expeditiously as possible."

But there is evidence that Giti's business is being impacted by President Donald Trump's trade war.

Federal records show the company repeatedly asked the U.S. Trade Representative for exemptions on tariffs placed on goods from China. That included advanced manufacturing equipment Giti preordered for its factory in South Carolina and the resin the company needs to produce its tires.

In each instance, the Trump administration denied Giti's requests, even as the company explained how the extra cost of the tariffs would harm its new factory in the United States.

"This administration has long championed domestic manufacturing," Giti's attorneys argued. "It should therefore support policies that encourage companies to open manufacturing facilities in the United States, not penalize them for doing so."

Pete Wilson, a Chester County councilman, said local officials weren't informed about why Giti wasn't able to keep up with its bills. He'd read about the lawsuit filed against Giti in August, but had not been aware other creditors were now pursuing the company in federal court.

"I hate to hear that. They are a big deal for Chester County," said Wilson, who has toured the factory. "I think they are doing the things right, but you've got to pay your bills."