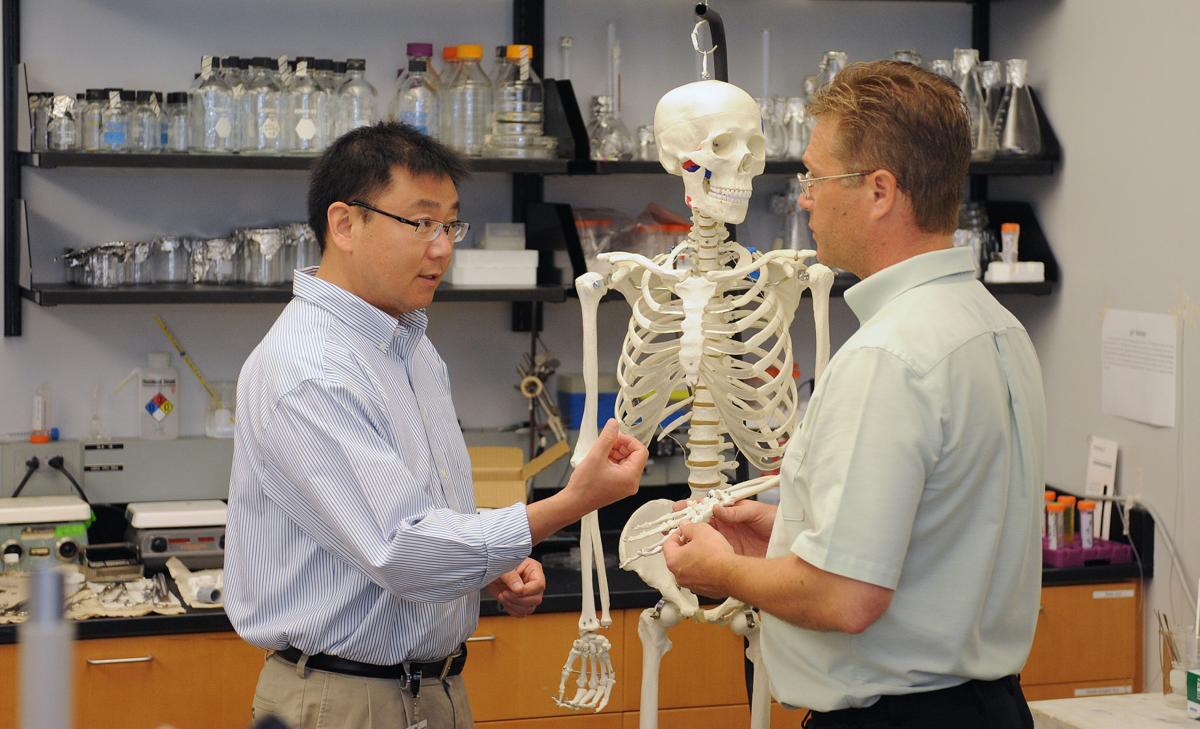 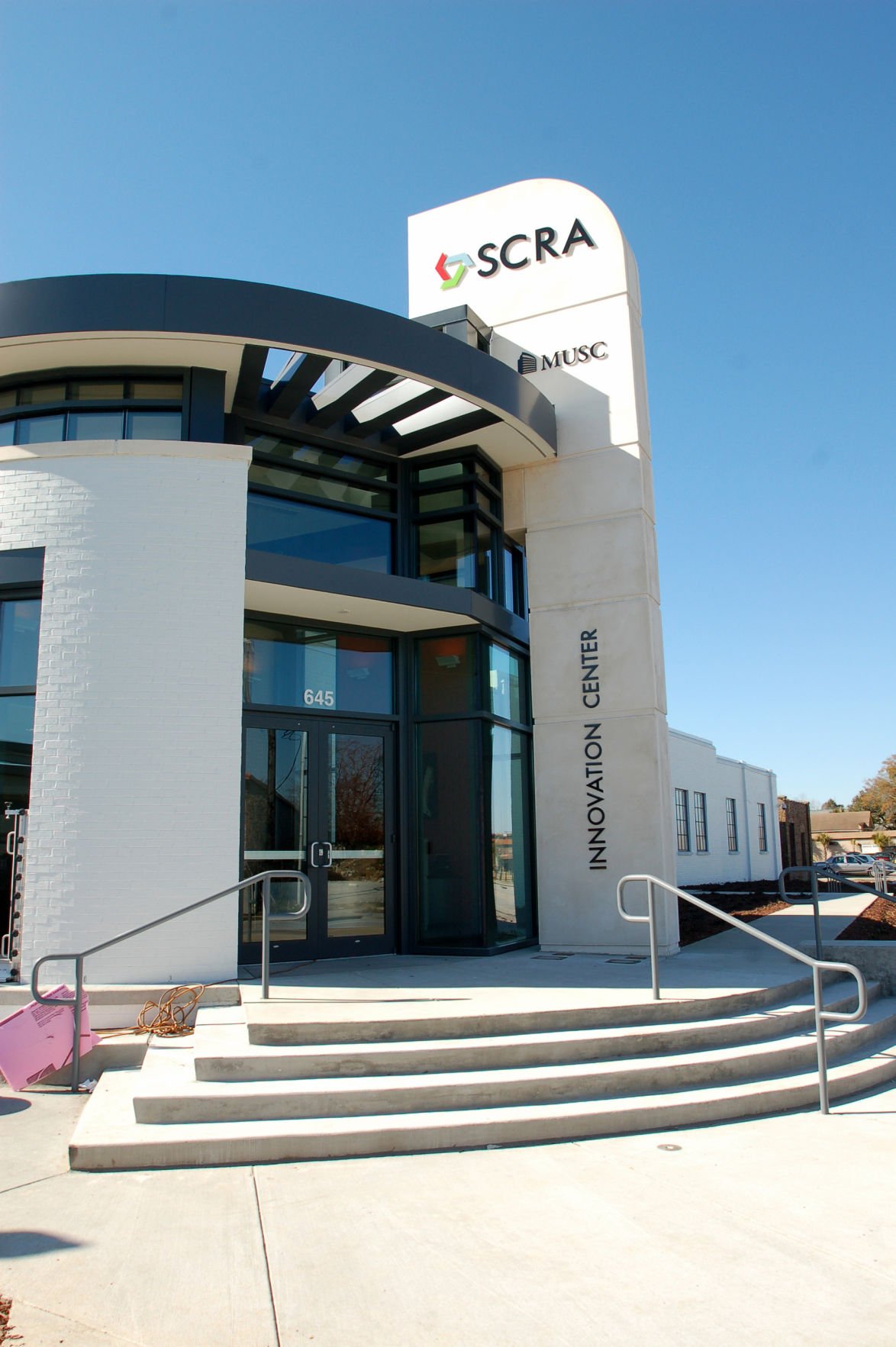 The SCRA-MUSC Innovation Center on Meeting Street in Charleston was opened in part to help commercialize academic research. File/Robert Behre/Staff

The SCRA-MUSC Innovation Center on Meeting Street in Charleston was opened in part to help commercialize academic research. File/Robert Behre/Staff

A growing funding stream from the National Institutes of Health to South Carolina scientists is one sign that the state's life sciences industry is maturing.

Experts in the field say it is also a bullish indicator for the state's knowledge economy.

South Carolina has long had a reputation as a smokestack-chasing state that focused its economic development efforts on manufacturers. But in recent years, life sciences has quietly emerged as a high-growth industry without much help, said Sam Konduros, CEO of the Greenville-based industry trade group SCBIO.

That's saying a lot, he said, "in a state known for building BMWs and Boeing Dreamliners."

"It’s accelerating right before our eyes," Konduros said. "It’s going to be somewhat up to us how well we’re going to leverage that and how fast we can increase the speed of the progress.”

Clemson announced late last year one of the three research groups based at the university received $11 million in a first round of funding from the National Institutes of Health. Two others have secured another $30.8 million combined since 2009. Leaders at Clemson and in Charleston hope the research efforts could bring in millions more.

It can be a virtuous cycle. As more federal research dollars flow to the state's institutions, the odds of more products being developed increase, which in turn would create new tax-paying businesses and jobs.

Life sciences — a catch-all term that includes drugs, medical devices and other products that often are tied to the health care business — is still a relatively small player in the state. But there has been an aggressive push of late to expand its presence and set South Carolina apart as an especially good place for these kinds of companies to operate.

Experts said there are reasons to be optimistic.

The amount of total federal money coming into South Carolina for research has increased by nearly $40 million since 2009, to a total of $185.6 million in 2018. The bulk of it goes to MUSC, followed by the University of South Carolina and Clemson.

A 2017 report from the S.C. Department of Commerce put the economic output of the life sciences sector at $11.4 billion. In all, South Carolina is home to about 400 firms employing about 15,000 people in the industry.

Konduros of SCBIO said he's beginning to pick up on two positive developments for the industry: More out-of-state firms are setting up permanent shop in South Carolina, and promising homegrown companies that would typically be required by their backers to relocate to places like Raleigh or Atlanta are finding ways to stay put.

Mike Graney, vice president of global business development for the Charleston Regional Development Alliance, which recruits employers to the tri-county area, said the broad-based life-science field has been one of the key industries the group is targeting, partly because of the high-wage jobs it provides.

Access to research dollars is a critical part of the mix, he said.

"It’s the beginning, the foundation,” Graney said. Without it, you don’t get the new development — the blockbuster drugs, the new way to perform surgery.”

Speeding up the process

Hai Yao is part of this research universe. The Clemson biomedical engineer works out of a building at MUSC dedicated to life sciences under a 12-year-old collaboration between the two schools.

“It’s not easy to translate, and the cost is huge," he said.

So Yao is proposing to use powerful computing to create a virtual human trial and tap into existing patient data to refine the technology. Clinicians would be able to use the virtual experiments to test treatments. It would also let medical researchers know earlier whether their ideas will work on humans before committing to real-life tests.

For technologies like that to make the leap from the lab to the marketplace, the area also needs more experienced mentors to help them manage and guide their businesses, said Christine Dixson Thiesing, director of academic programs at the South Carolina Research Authority.

First and foremost, though, is the need for early-stage financial backing, she added.

"Without the research funding, these technologies wouldn’t even exist," Thiesing said.

At Charleston conference, South Carolina's fledgling biotechnology industry says it has plenty of room to grow

South Carolina might not rival Boston or Silicon Valley, but the state's life sciences industry thinks it has plenty of room to grow.

South Carolina inventors are being granted patents faster than the national rate, a fact that could bode well for business in the Palmetto State.