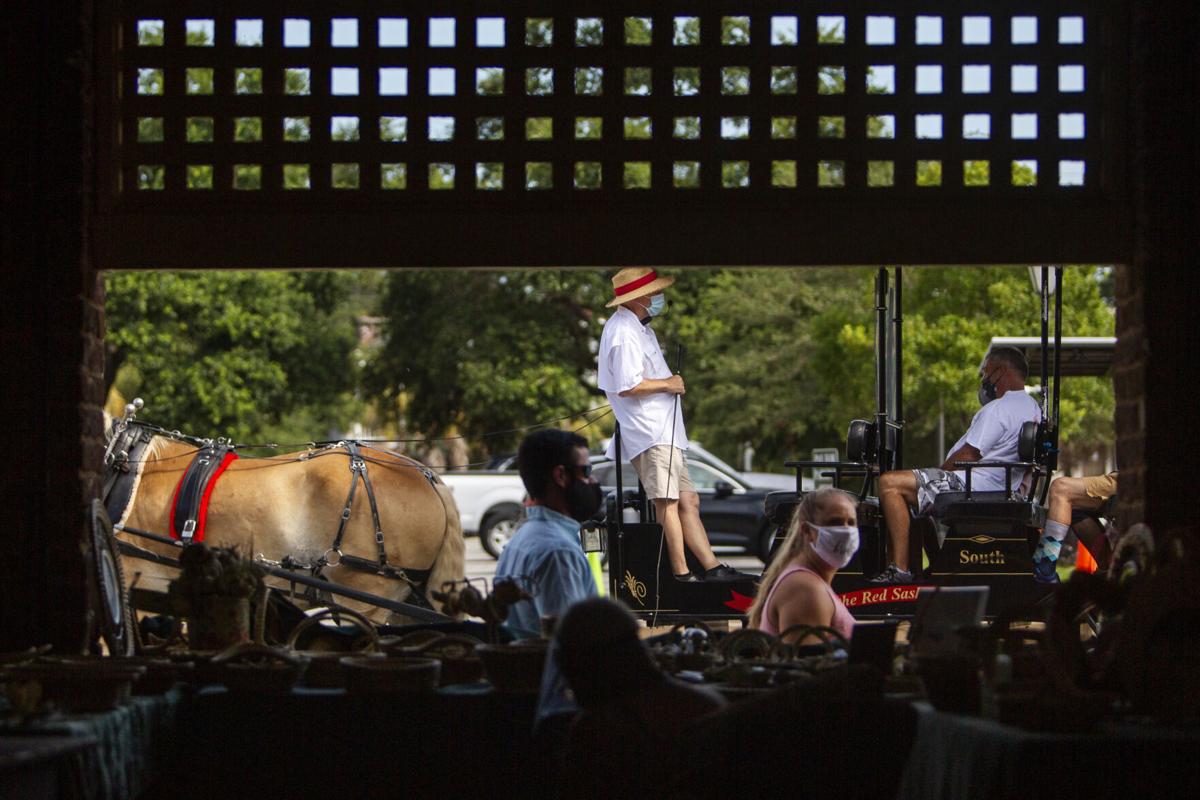 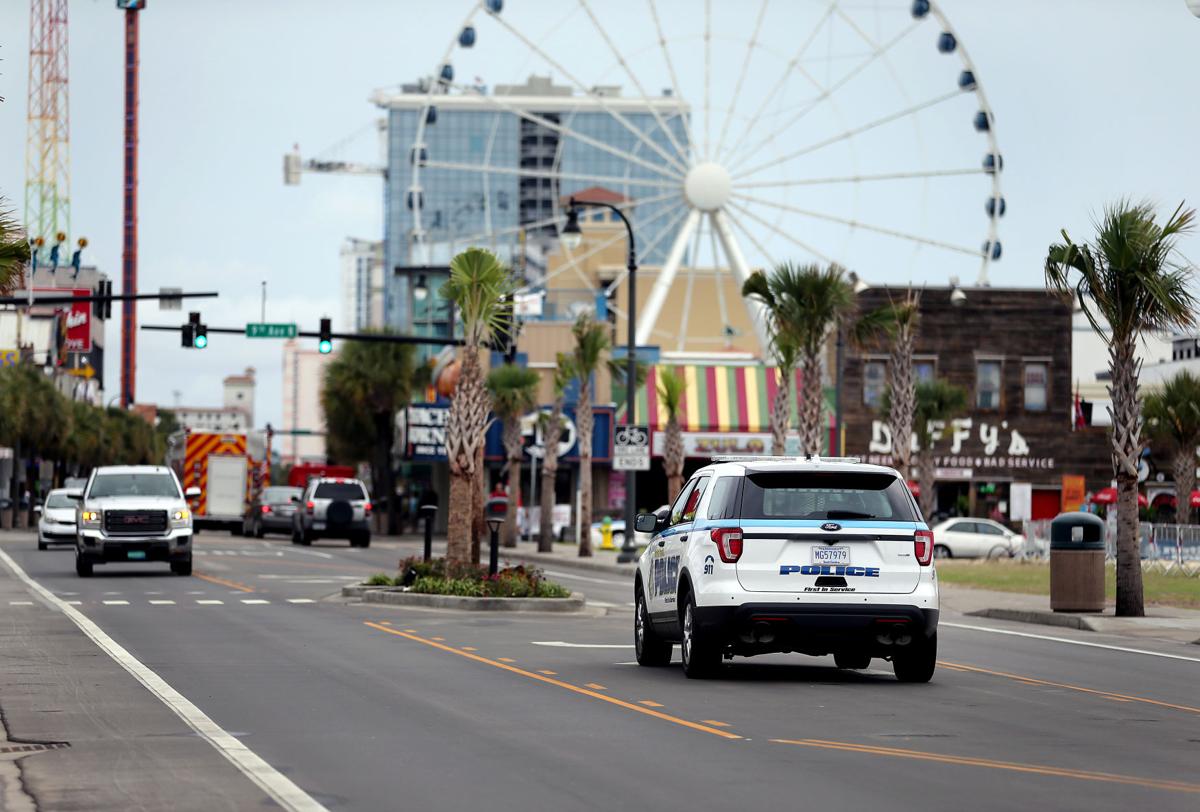 As South Carolina's top tourism moneymaker, Myrtle Beach is getting the lion's share of a new infusion of marketing dollars from the state. File/Grace Beahm Alford/Staff

As the hospitality sector's financial losses continue to mount, South Carolina is pumping $20 million into tourism marketing efforts, with more than half of it allocated to groups that promote the Charleston region and the Grand Strand to visitors.

Of the total, $15 million will go to the destination marketing organizations in the parts of the state most popular with tourists. The Myrtle Beach Area Chamber of Commerce will get $6.88 million, or about 46 percent of the destination-specific money. Explore Charleston will receive $4.08 million, or 27 percent.

Tourism-promoting groups in Hilton Head, Greenville and Columbia will split the rest, in descending order, but with less variation among those: Their shares will range from $1.28 million to $1.43 million.

Money was distributed based on how much a market collects in accommodations taxes, said state tourism director Duane Parrish. Myrtle Beach is South Carolina's biggest moneymaker for tourism, so it's receiving the largest infusion of cash for marketing.

Of the $20 million total, $5 million will stay with the S.C. Department of Parks, Recreation and Tourism. The rest will be split between the major destination marketing groups in the state:

The S.C. Department of Parks, Recreation and Tourism will keep the remaining $5 million for statewide marketing and to promote what it calls "undiscovered South Carolina" — places that don't fall within the state's five major destination areas.

The funds are coming from the COVID-19 Response Reserve Account, a pool of state money set aside by the Legislature in mid-May. Before any of the dollars from the account are given out, Gov. Henry McMaster submits requests to the Joint Bond Review Committee for comment.

In a letter sent to committee chairman state Sen. Hugh Leatherman last month, McMaster wrote that the tourism industry has "borne the brunt of the COVID-19 damage to our economy," citing an estimate from Parrish that the sector will be halved this calendar year because of the pandemic.

The SCPRT should "immediately engage in an aggressive concerted marketing campaign," McMaster wrote, so that South Carolina "receives an equal or greater share of consumer spending" as Americans start to travel again.

So far this year, the state has lost $4.9 billion in visitor spending compared to last year, according to the latest estimates shared Friday. That's a year-over-year drop of about 43 percent.

Hotels have been about half full since the middle of the summer, without much improvement. Last week there was a slight bump, from 50.8 percent to 51.6 percent statewide. Most weeks, Hilton Head has fared the best with occupancy rates closer to 60 percent.

The revenue hotel properties are bringing in per room has also gone down during the pandemic. That figure, called RevPAR, is down 43 percent.

During an Oct. 6 virtual meeting of the Joint Bond Review Committee, Parrish stressed the competitiveness of the travel market right now. For the travelers who are booking trips, he wants them picking Charleston instead of Savannah and Myrtle Beach instead of Virginia Beach, he said.

"It's about capturing market share right now," Parrish said of his comments. "In a time when the pie is smaller, you really want to maintain your part of the pie."

Following the meeting, Leatherman gave official word to the governor that they had "reviewed and reached a favorable determination" on the $20 million ask.

Amid tumultuous year for tourism, Charleston marks decade run of No. 1 city title

Originally, Parrish's department asked for $40 million for tourism promotion, and the state Senate included that in a proposed budget last month. Now, with half that amount coming from the reserve account, another $20 million for marketing could come further down the line, depending on the state of the industry and the economy when legislators return in January, Parrish said.

All of the destination marketing groups getting millions for advertising through the allocation will be required to report back to the committee how the money was spent, Parrish said. The funds must be used for placing advertisements or producing them.

In a letter this week explaining the group's recovery strategy, Explore Charleston CEO Helen Hill wrote to Parrish that based on "exhaustive comparative research" they narrowed their focus to a "younger, outdoor oriented and generally affluent demographic living within a 6-8 hour drive radius of Charleston County."

That demographic in the "fly market" will also be targeted as their "supplemental strategy," now that more flights are coming back to Charleston's airport.

Silver Airways to resume flights from Charleston to 3 Florida cities; 1-way fares from $49

They will turn to "familiar titles" to place advertisements, Hill wrote, including a four-page spread in the next edition of Condé Nast Traveler, the magazine whose Readers' Choice Awards just named Charleston the No. 1 small city for the 10th consecutive year.

Explore Charleston and the other recipients will have through the end of June to spend the money, so some could wait and focus on courting visitors in the spring and early summer with the hope that the COVID-19 health threat improves and traveler sentiment changes by then.

For now, it's hard to say what effect a marketing push will have, especially as the country's COVID-19 case numbers rise as temperatures drop.

About half the country plans to stay home over the holiday season, according to the survey, about the same as share who says coronavirus will "greatly impact" their decision to travel in the next six months.