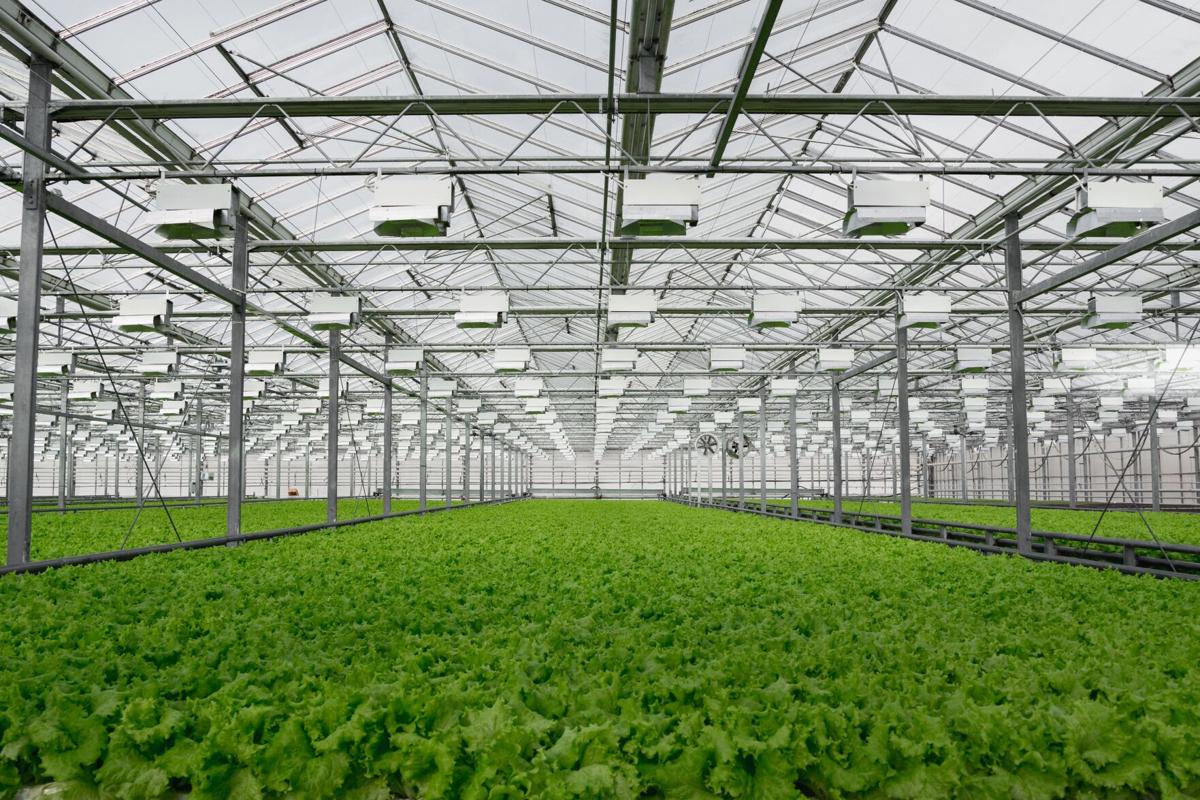 The Agriculture Technology Campus planned for Hampton County will have 200 acres of greenhouses where lettuce, tomatoes and other produce will be grown year-round for consumers in the Southeast. Provided 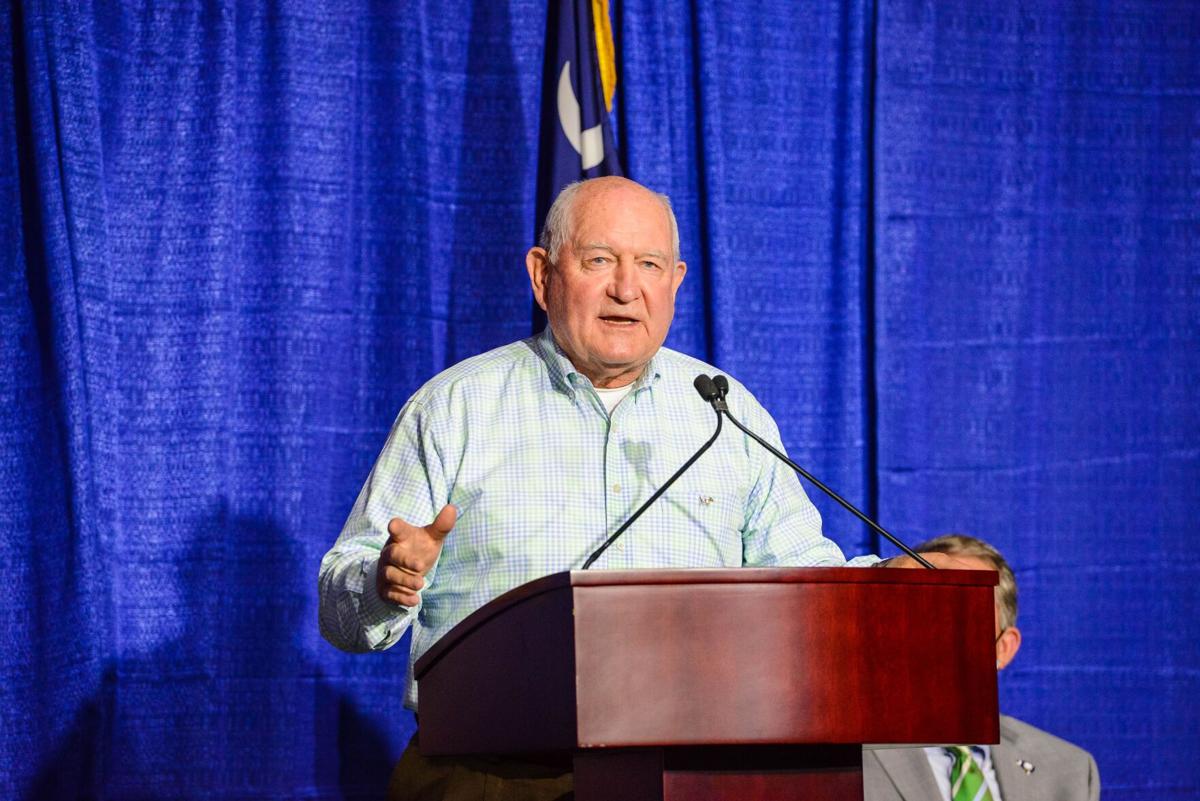 U.S. Agriculture Secretary Sonny Perdue says large-scale indoor farming operations, like the one to be built in Hampton County, are perfect opportunity zone developments for rural areas in need of economic growth. Provided 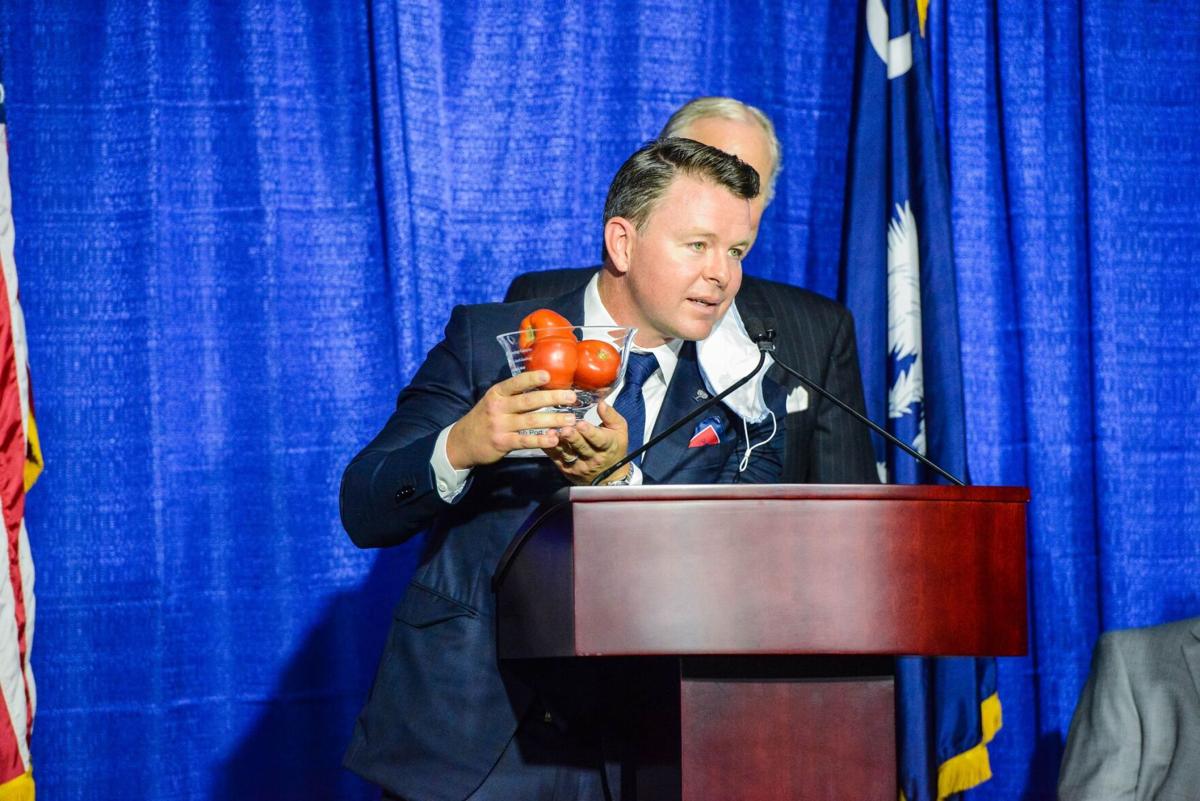 Zeb Portanova, CEO of GEM Opportunity Fund, holds a bowl of tomatoes similar to the ones that will be grown at the $314 million Agriculture Technology Campus, announced Wednesday in Hampton County. Provided 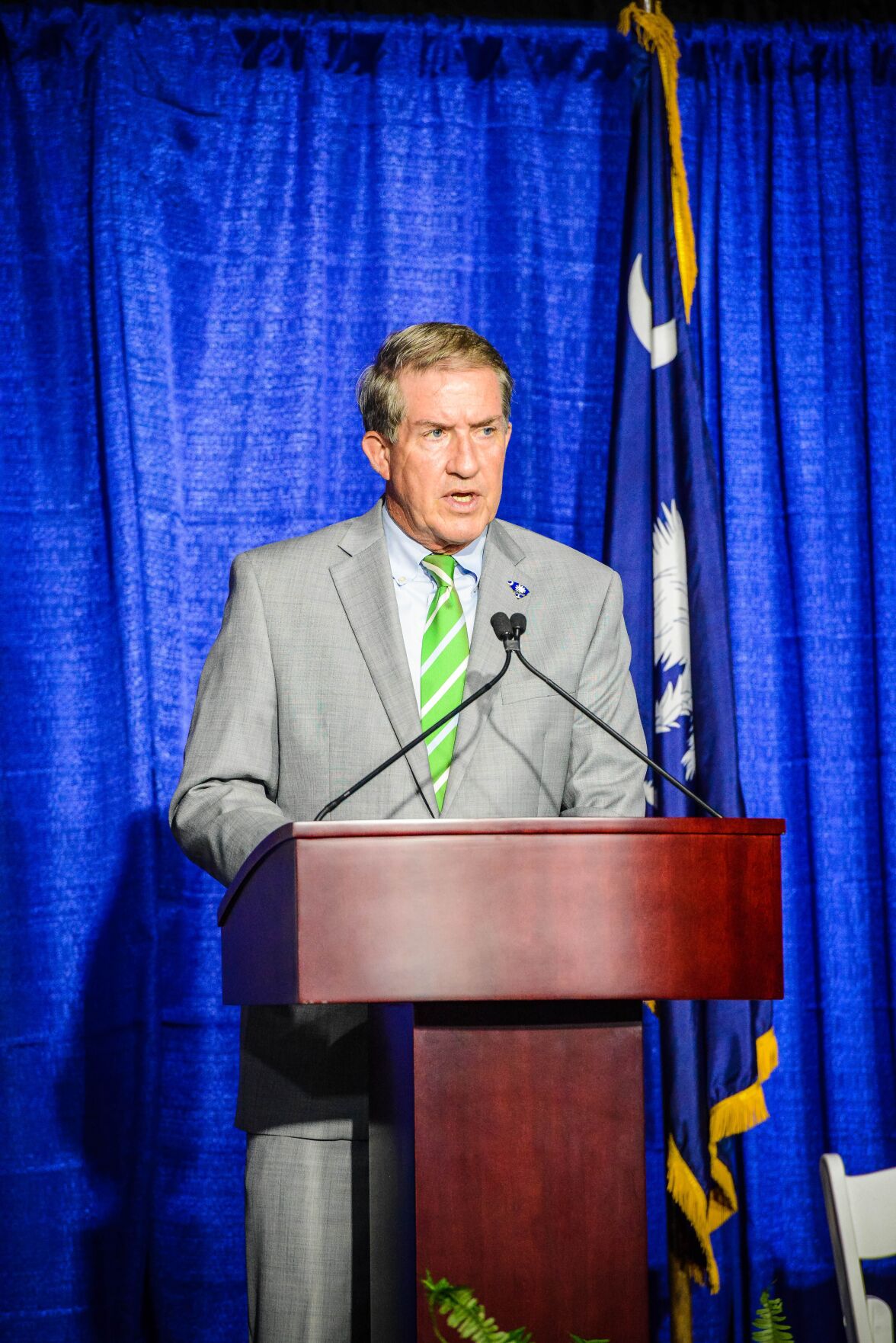 S.C. Agriculture Commissioner Hugh Weathers has worked to bring a controlled environment agriculture facility to the Palmetto State since visiting similar high-tech farming facilities in the Netherlands in 2018. Provided

Sonny Perdue is on a mission to replace the limp lettuce and tasteless tomatoes often found on grocery store shelves with fresh, locally grown produce while reducing America's reliance on Mexico for much of that food.

The $314 million ag-tech center, announced last week, will combine 200 acres of greenhouses with an on-site packaging facility and a 150,000-square-foot distribution center — all on 1,000 acres — so pesticide-free tomatoes, lettuce, berries and other produce can be grown 365 days a year in a controlled environment, packaged next door and then shipped directly to stores throughout the region.

"One of the reasons we've seen increased imports from Mexico is because retailers want consistent supply year-round," said Perdue, a former farmer and Georgia governor. "That's what this facility will do — provide the ability to produce year-round and serve the market with one relationship between the retailers and the producers."

It's a high-tech approach to growing food that uses a fraction of the water and land that traditional farms need. Three of North America's top agribusinesses will set up shop at the facility. Clear Water Farms will grow tomatoes, lettuce and berries for Mastronardi Produce Ltd., which distributes the produce under brand names like Sunset tomatoes and Campari salsa. LiDestri Food and Drink, which packages sauces and other products for brands like Newman's Own, will run a co-packaging plant that will also be available to local farmers looking to can or bottle their wares.

Hugh Weathers, agriculture commissioner for South Carolina, said he has dreamed of putting together this type of project since visiting the Netherlands in 2018 to see that country's high-tech greenhouse operations, considered the world's most advanced.

"We came home saying this is possible for South Carolina," Weathers said, adding the project is "the result of several years of research, discussions and collaborations."

The ag-tech center started to take shape about 10 months ago, when Gov. Henry McMaster convened a meeting of agribusinesses that wanted to put all of their operations in one place.

"We were the first ones to come in as a group and propose this integrated solution," said Alex Wasilov, executive director of Clear Water Farms.

The ag-tech center is in a federal "Opportunity Zone" — a designation that gives tax breaks to developers willing to build in economically distressed areas. Perdue said the Hampton County project is the largest single opportunity zone development in the nation, and he thinks similar projects will follow throughout the U.S.

"When people think about opportunity in distressed areas, they think about inner cities," he said. "But, honestly, there is a lot of poverty in rural areas and they need jobs as well, so this is a great opportunity to use that tax policy that the Trump administration put forward to benefit these kind of areas that need revitalization."

More than one-fourth of Hampton County residents live in poverty, according to the U.S. Census Bureau, and the jobless rate stood at 7.6 percent in July — more than double the figure from a year ago. But there likely won't be enough people in Hampton County to fill the 1,500 full-time jobs the center expects to produce by 2025. There are fewer than 9,000 people in the county's entire workforce.

Zeb Portanova, whose GEM Opportunity Zone Fund is financing the project, said he plans to partner with Clemson University and the De La Howe School for Agriculture to develop a pipeline of employees, while taking advantage of jobs programs offered by the state's technical colleges and local schools.

"We'll put a plan in place and start recruiting over the next two to five years," Portanova said. "I'm very confident we'll be able to do that."

James Clements, president of Clemson, said the project will also be a boon to the Upstate university's research programs and the roughly 25,000 farms that make up South Carolina's $46.2 billion-a-year agribusiness industry.

"This initiative truly is a game changer for the state," he said.

A locally grown workforce gives Perdue hope there will be less reliance on the federal H-2A visa program, which lets agricultural workers primarily from Mexico temporarily fill U.S. farming jobs. The number of such visas has nearly doubled over the past five years — to 204,801 in 2019 — and South Carolina ranked 10th in the nation for the number of H-2A workers with nearly 6,100 last year.

Despite the growing numbers, H-2A visas have built-in regulations that can thwart their aim of reducing imports and helping U.S. farmers. The law, for example, requires visa holders to be paid more than the hourly minimum wage — they made $11.71 in South Carolina last year and up to $15.83 in other states — and many are supposed to receive free housing, transportation and meals.

"Vegetable production traditionally is a very high-touch type of environment with huge labor costs," Perdue said. "We're having to pay more than $15 an hour for some workers coming into the country, and many times Mexican workers aren't earning $15 a day. So it's a real challenge."

The lower production costs in Mexico are attractive to grocery retailers looking for better margins in a highly competitive but low-profit industry. The average grocery store makes a profit of between 1 percent and 3 percent, and Mexico sends about $6 billion worth of fresh vegetables — mostly tomatoes and avocadoes — to the U.S. each year.

"We're going to begin having conversations with our major retailers here that they need to recognize their consumers want not just cheap vegetables or produce but they want to support their local economy," Perdue said. "Consumers today have indicated very strongly they want locally grown fresh produce."

That's reflected in the popularity of farmer's markets and grocery chains such as Whole Foods, and the trend has accelerated with the coronavirus as many consumers have grown wary of unknown food sources. Locally grown produce also has fewer costs, less waste and significantly longer shelf life than imported fruits and vegetables.

"Consumers require and expect fresh produce 52 weeks a year," said David Einstandig, vice president of Canada-based Mastronardi. "The ability to leverage domestically with this project — with processing, distribution as well as protected agriculture on one campus next door to each other — is unique. We're not aware of any other operation like this."

State and local governments are kicking in money to help get the project off the ground, with the $7 million provided by the S.C. Coordinating Council for Economic Development to be used for site work, infrastructure design and development. Another $1 million will be coming from Hampton County for site work and infrastructure supporting the packaging facility. The ag-tech center also will be eligible for tax breaks depending on the number of people that are hired.

Such facilities aren't a guaranteed success. Indoor farm PodPonics filed for bankruptcy protection in 2016, citing excessive labor costs at its Atlanta operations, and another group called FarmedHere shut down sites in Kentucky and Illinois in 2017 because of cost overruns.

Petranova, whose privately held GEM is shouldering the financial risk in Hampton County, said he thinks the timing for such a facility is perfect.

"To build a facility that's going to create pesticide-free, locally grown produce for 50 million Americans in the Southeast — if anything, I would say we were super excited about it six or 12 months ago. And then when COVID hit and demand in grocery stores went through the roof and the need to have a locally grown supply chain in the Southeast, which doesn't really exist ... customers want it," he said.