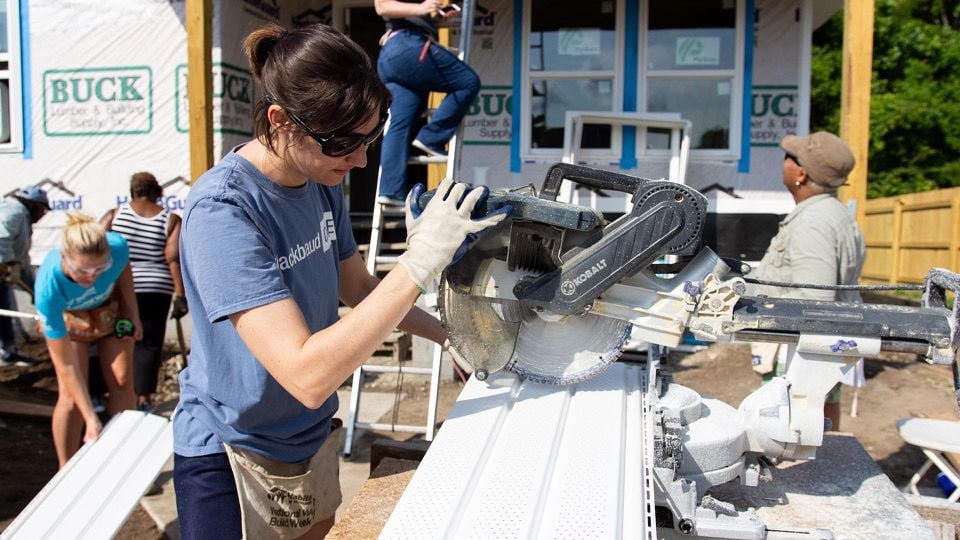 Employees of Blackbaud, a software firm based on Daniel Island, build homes for needy families at the company's annual Day of Caring in 2018. Blackbaud processes many of the donations for GivingTuesday, which is on Dec. 3. Provided/Blackbaud. 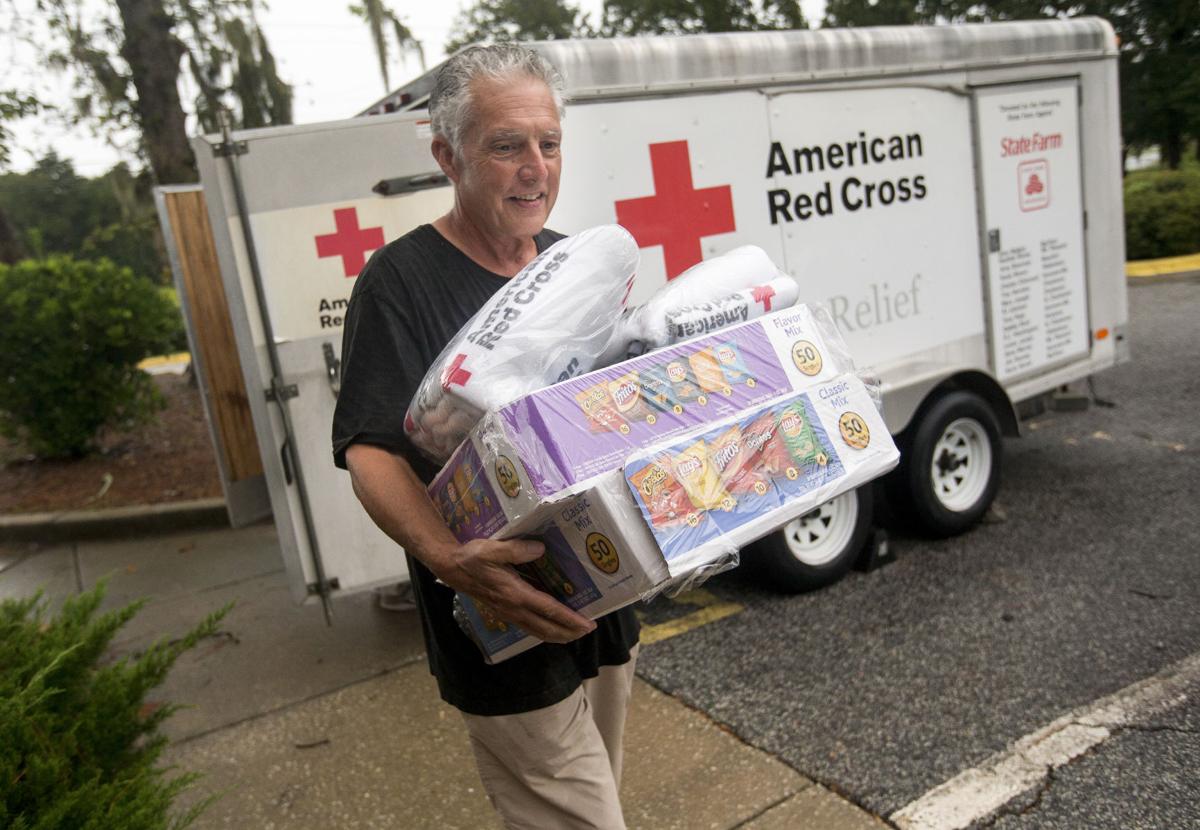 Paul Comer, a volunteer with the American Red Cross, carries food and blankets to a shelter in North Charleston. The group, which is participating in GivingTuesday, saw a drop in charitable donations in 2019 because the hurricane season was not as active as in years past. File/Andrew J. Whitaker/ Staff

The holidays already encourage a charitable spirit, but a designated day of giving this week aims to give nonprofits a year-end financial boost.

GivingTuesday is one of the single biggest fundraisers of the year for the global philanthropic industry, with organizations in 150 countries participating. It was founded in 2012 in the hopes that people rushing to the stores on Black Friday would also consider opening their wallets for charity a few days later.

Close to 1,000 organizations in South Carolina participate, according to the national GivingTuesday organization.

The Lowcountry Food Bank is just one; it set a fundraising goal of $50,000 for the day of giving. Charleston Leaders, another example, hopes to raise $50,000 in 24 hours to support its programs that encourage leadership in K-12 schools.

Across the country, charities are fighting a downward trend in the number of people choosing to contribute.

As $50 state checks arrive, some SC residents decide to donate the money to teachers

While the dollars donated every year is increasing, fewer households are donating to charity, according to a recent report by the Indiana University Lilly Family School of Philanthropy.

The share of American households giving to charity dropped off after the Great Recession, researchers at Indiana University found. Twenty million fewer households donated in 2016 compared with 2000.

GivingTuesday has followed a similar trend. Online contributions have increased by 518 percent since the event was founded, said Blackbaud Inc., a software firm based on Daniel Island that processes many of the donations. But the pace slowed to a crawl between 2017 and 2018, according to the company, which develops fundraising technology specifically for nonprofit organizations.

In a written statement, Blackbaud marketing chief Catherine LaCour said that GivingTuesday "has become so much more than just one day."

"It’s a movement that can have a large impact on social good organizations as part of their yearlong strategy," said LaCour, who will ring the opening bell at the Nasdaq stock exchange on Tuesday. "Nearly 33 percent of charitable giving happens in the last three months of the year with GivingTuesday being a contributing factor in end-of-year donations for many organizations."

Louise Welch-Williams, CEO of the American Red Cross Palmetto SC Region, said a little more than half of the amount donated to the North Charleston-based organization comes from individuals. The rest is from corporate gifts.

Days of giving typically don't give the Red Cross a significant lift in overall donations, Welch-Williams said. This year, the group could use the help.

That's because a quieter hurricane season resulted in fewer donations to the Red Cross in South Carolina than in more active years. The group assembled 32 shelters for Hurricane Dorian — compared to 59 for Hurricane Florence in 2018 — but when the storm ended up having a limited effect on the state, the donations didn't follow.

Among its efforts in South Carolina, the Red Cross spends the most on hurricane relief.

At Trident United Way, this is the first year it is promoting GivingTuesday. The nonprofit, which supports a number of charitable efforts in the Charleston region, holds its own day of giving in mid-November. Amy Maciariello, director of strategy and innovation, said GivingTuesday is also important for the visibility it brings to participating charities.

All of the money it raises Tuesday will go to the AmeriCorps Family Navigator program, which provides financial education to families living in poverty.

Find a participating organization at www.givingtuesday.org/whats-happening-near-me.