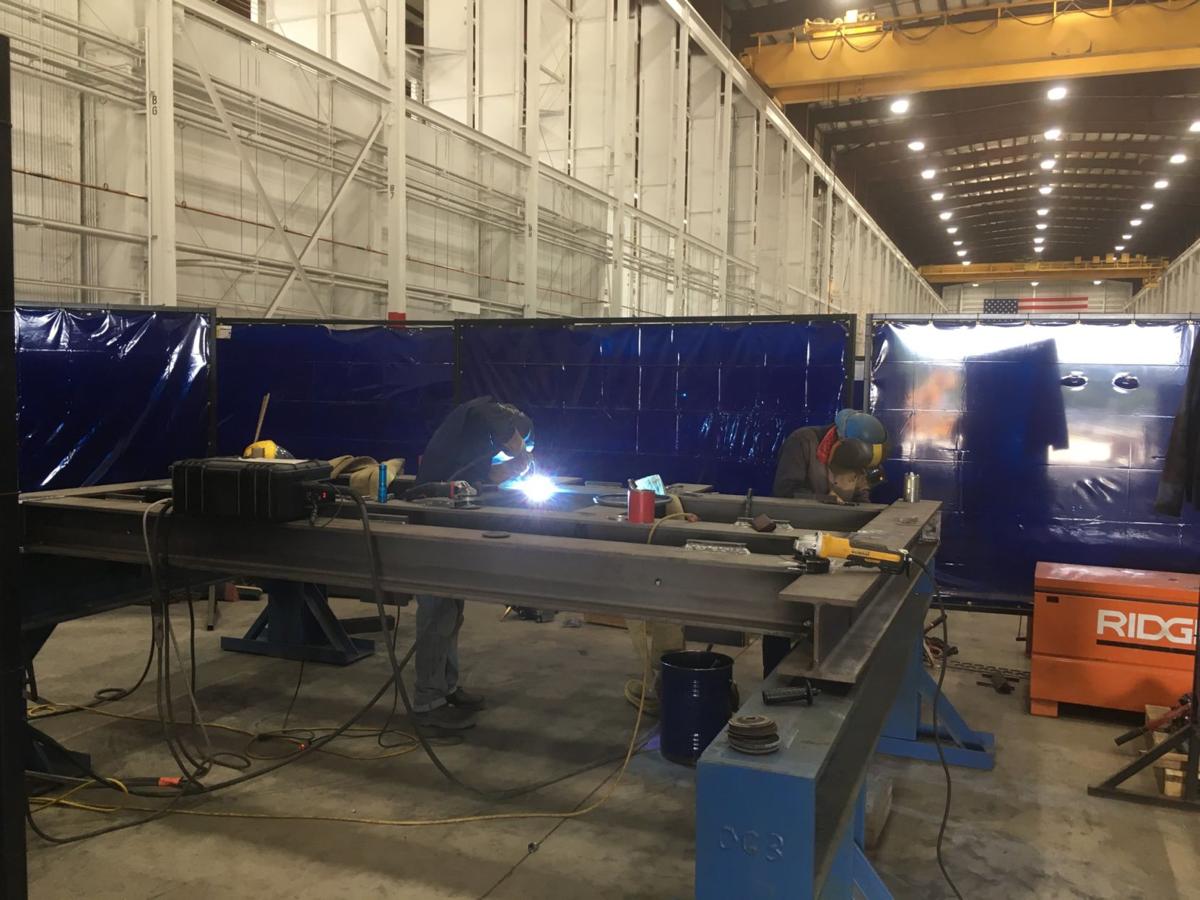 W International workers weld a piece of steel at the Goose Creek metal fabrication plant that does work for the U.S. Defense Department. File/David Wren/Staff 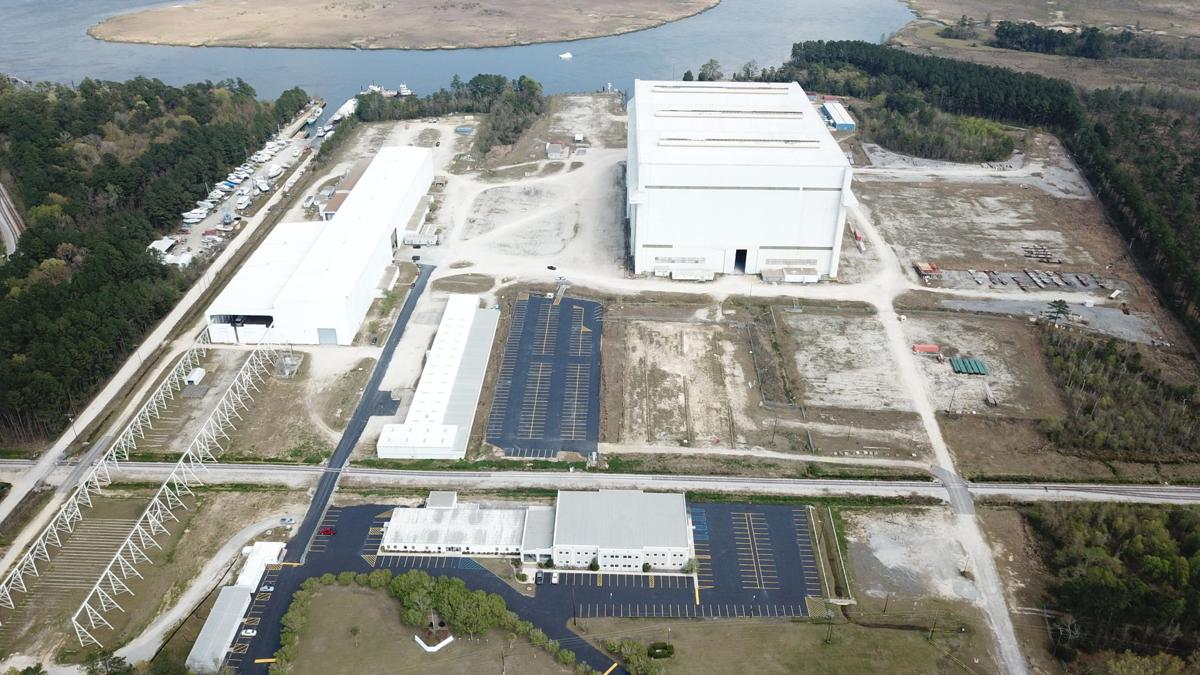 The W International campus in Goose Creek includes access to the Cooper River and a 225-foot-tall cube-shaped building where large metal structures are fabricated for the U.S. Navy's next-generation submarine project. W International/Provided

A Goose Creek metal fabricator that's building parts for the Navy's next-generation nuclear submarine has signed a $55 million contract with the Department of Defense that will let the company hire more workers, invest in new equipment and speed up production.

The deal with W International is part of the Defense Production Act Title III, which is designed to help the government mass resources deemed essential for the nation's defense.

The legislation was recently used to boost production of N95 face masks needed to prevent the spread of COVID-19. Funding for the contract was appropriated under the economic stabilization funding Congress passed in response to the coronavirus pandemic.

The money awarded to W International will help "sustain and expand critical industrial base capacity for the U.S. Navy nuclear shipbuilding industry over the next 18 months," according to a Defense Department statement. The contract is among several investments the government is making to ensure the submarine project stays on track.

A spokeswoman for W International said this week that the company could not yet comment on the contract.

W International plans to hire more than 100 workers in the coming months to build fixtures and parts for Navy vessels, including the $110 billion Columbia-class sub project.

The company’s plant at the Charleston International Manufacturing Center along the Cooper River has been installing new equipment — including three high-definition plasma cutting tables measuring 16 feet wide and 200 feet long — to make the steel platforms and other structures needed to construct the next-generation attack subs that are seen as a critical part of the nation’s defense strategy.

"We’re significantly ramping up right now," Ed Walker, CEO of W International, told The Post and Courier last month. Walker said he expects to have a workforce of between 300 and 400 by the end of this year.

W International is investing $35 million into equipment and renovations at the 451,000-square-foot former Jacobs Engineering site, home to a 225-foot-tall cube-shaped building that’s large enough to be seen from the Ravenel Bridge. That building is where the biggest metal pieces, some measuring 50 feet in width and length, will be fabricated and then shipped by barge to their destination. Smaller pieces will be made in a pair of nearby buildings.

General Dynamics Electric Boat and Newport News Shipbuilding are the main contractors for the Columbia-class submarine.

Construction on the first round of 12 subs is scheduled to begin in October in Virginia.