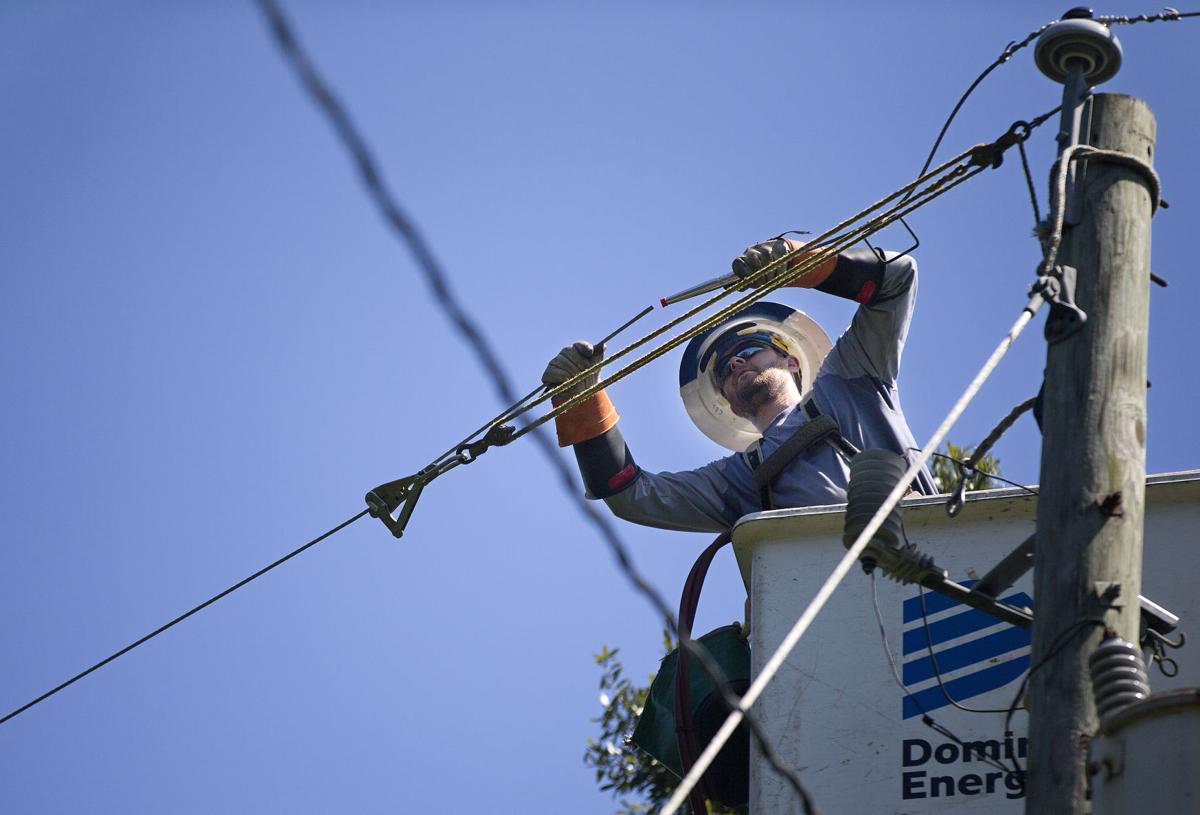 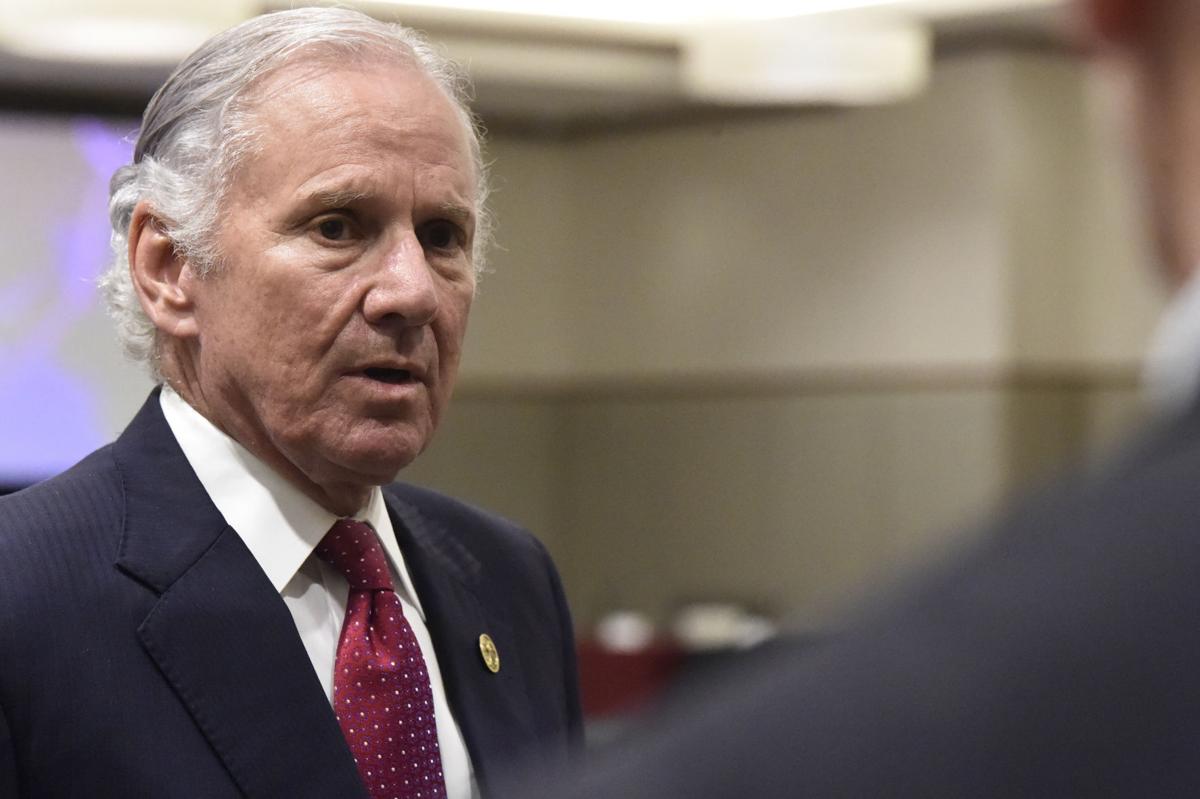 Gov. Henry McMaster sent a letter to Dominion Energy, one of the largest power providers in South Carolina, calling on the utility to drop its request to increase the power bills for roughly 753,000 electric customers. File/Meg Kinnard/AP

South Carolina's governor wants Dominion Energy to withdraw its request to collect an extra $178 million per year from its power customers in the state.

Gov. Henry McMaster sent a letter to the company's top executive in South Carolina on Tuesday. In it, he argued the utility's plan to increase the monthly electric bills for roughly 753,000 customers is ill-timed with COVID-19 still spreading across the country and with the economy recovering from the pandemic-induced recession.

Dominion Energy wants to increase power bills by 7.7%. Customers can weigh in this week.

"I urge Dominion to reconsider its position and apparent plans to proceed with seeking a substantial rate increase in the midst of a pandemic," McMaster wrote. "A sizable rate increase at this difficult time would impose an unexpected and untenable burden on many South Carolinians.

He went on to said that if the company proceeds with its request, he will ask S.C. Public Service Commission "to reject Dominion’s application in its current form."

The company made it clear Tuesday that it would not be dropping its rate hike request.

"We take seriously the concerns that the governor expressed," Dominion spokeswoman Rhonda O'Banion said. "We recognize that there may never be an ideal time to request a rate review. We have been helping our customers who are struggling financially through the pandemic. Our customers also count on us to keep the electricity flowing safely and reliably, and we made our filing to continue to meet this obligation."

Dominion submitted its rate-hike request to the seven-member regulatory panel in August to increase its power rates by 7.7 percent. It marked the first attempt by the utility to raise electric bills in the state since its acquisition of South Carolina Electric & Gas in January 2019.

Lawyers for Dominion are set to face off against  environmental groups, large manufacturers and two consumer advocacy agencies when the process begins early next year.

Hearings will determine whether the utility is allowed to increase the power bills for customers around Columbia, Beaufort, Orangeburg and Charleston.

The company was already facing pushback on its request from the state Office of Regulatory Staff and the S.C. Department of Consumer Affairs, which represent utility customers in rate matters.

O'Banion suggested Dominion might be willing to adjust its rate hike request to meet some of the demands of those groups.

"We welcome the opportunity to work with parties for the purpose of identifying contested issues on which we may find agreement as well as discussing appropriate compromises," she said.

Dominion wants to make $178M more per year. Here's what SC customers could pay for.

McMaster can't force Dominion to drop its request, but his letter places more high-level pressure on the Virginia-based company, which is still trying to build up its political capital in the Palmetto State.

SCE&G ended up in Dominion's hands about 18 months after an expansion of V.C. Summer Nuclear Station failed in mid-2017, leaving the South Carolina utility's finances in tatters.

Dominion also persuaded regulators to allow the company to charge SCE&G electric users another $2.3 billion over 20 years for expenses tied to collapsed project.

The rate hike request was filed this past summer.

Dominion now wants its electric ratepayers to reimburse it for millions of dollars that were spent over the past eight years on storm damage costs, power plant upgrades, tree-trimming expenses, power line improvements and incentive packages for the utility’s employees. That would increase residential bills to $132 from $122 per month for each 1,000 kilowatts consumed.

Earlier this month, Dominion CEO Robert Blue told Wall Street analysts the company had worked to build up its reputation in South Carolina over the past two years. And he said he hoped that would be enough to help the utility lock in its rate hike request.

"I think the credibility that we seek to establish and that we're going to continue to maintain will help us out," Blue said.

But it's not working out that way. McMaster specifically cited how much Dominion is worth on Wall Street, and argued it wouldn't be right for the company to collect more money from South Carolina homeowners and businesses when many are struggling financially.

"I feel sure that Dominion has been affected by COVID-19 as well," wrote McMaster, a Republican. "However, it is my understanding that Dominion’s parent company has a current market capitalization of over $60 billion and appears to be on track to issue one of its largest years of dividends to shareholders in recent history.

"There is absolutely nothing wrong with that in and of itself," McMaster added, "but as South Carolinians are working to keep their lights on and their businesses open, it is important to place Dominion’s request for a rate increase in the appropriate context."

Several state lawmakers, who elect the state's utility regulators, also raised issues with Dominion's rate hike request during public hearings that were held earlier this month. Senate Majority Leader Shane Massey, R-Edgefield, was one of them.

"Frankly, what are Dominion's customers getting that is worth anything more per month?" Massey asked.

"The timing couldn't be worse," McLeod told the utility commissioners. "We're in a global pandemic with record exposures, record deaths and record unemployment.

"Where's the logic or urgency that would compel Dominion to do something like this now on the backs of those who can least afford it?" she asked.