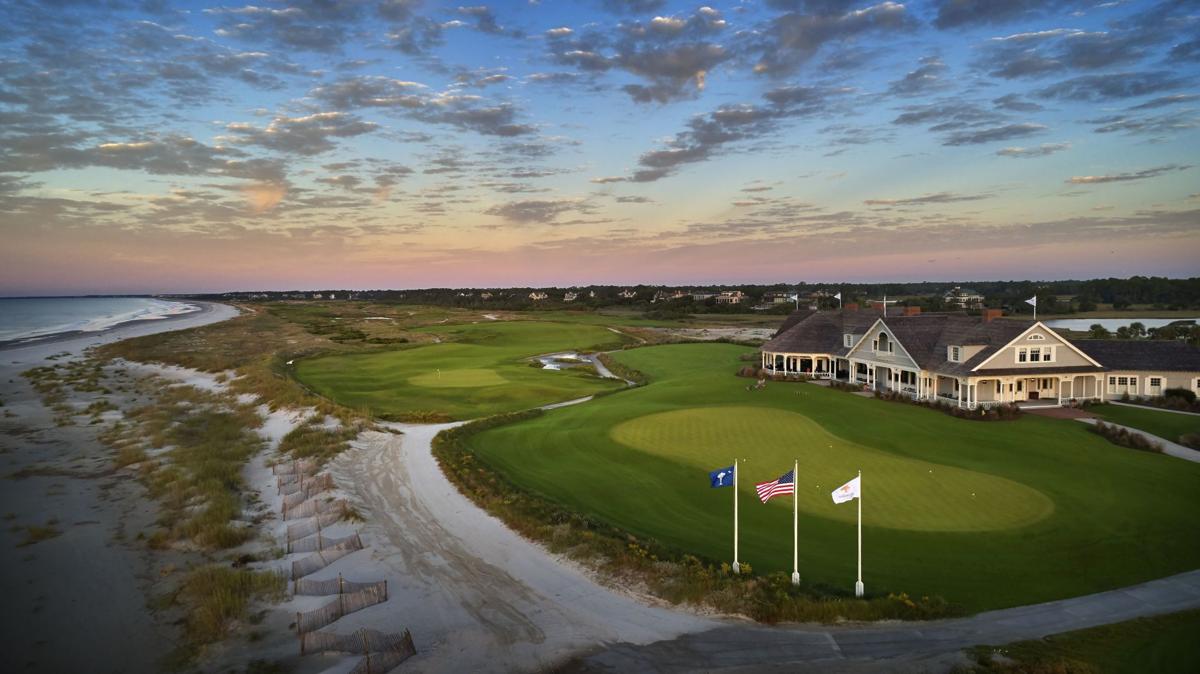 The 2021 PGA Championship is scheduled to be played at the Ocean Course at Kiawah Island Golf Resort May 17-23. Throughout the latter half of last year, the resort saw record numbers of rounds played on its five courses. PGA of America/Gary Kellner/Provided. 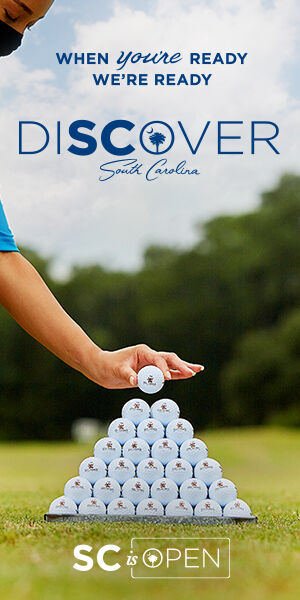 The S.C. Department of Parks, Recreation and Tourism upped its advertising spend on golf once the industry started to record numbers, an outlier from a year marked largely by decreases in revenue for activities related to tourism. Provided.

It was a terrible year for nearly everything tourism-related.

But, on many of South Carolina's golf courses, business was booming.

Golfers who were already playing one or two rounds a week before the pandemic started to play twice that. People who hadn't played the game in awhile picked up their clubs again, and newbies made it out onto the course for the first time, brought there by parents, friends, spouses, a desire to get outside and — likely in some cases — boredom.

People needed something to do, and, at one point, golf courses were one of the few places that were open.

Like beaches and food, golf is considered by South Carolina's tourism leaders to be one of the pillars of the state's travel offerings, and it was one of the few outliers of 2020, along with the success of state parks and short-term rentals.

"Golf has shown a promising upswing," said state tourism director Duane Parrish when he addressed members of the industry at the Columbia Convention Center on Feb. 15 for the S.C. Governor's Conference on Tourism & Travel.

"That's been encouraging news for a state that boasts over 300 golf courses," he continued.

To further boost that success, the total ad spend on golf during the current fiscal year is almost four times that of the last fiscal year, according to PRT.

Golf's boom wasn't unique to South Carolina. It happened all across the U.S.

While rounds played plummeted in April, the comeback was so strong that positive year-to-date growth was reached by July. In November, golf had its best month compared to 2019 with a nearly 57 percent increase. December wasn't far behind at about 40 percent.

By the end of 2020, total rounds played was up about 14 percent, despite the about 20 million round deficit from the spring, according to research firm Golf Datatech.

The only other time in the last two decades there has been an increase greater than 3 percent — the threshold for what, per the National Golf Foundation, can be attributed to typical fluctuations in weather — was in 2012 when there was a much more modest 5.7 percent increase.

South Carolina golf scene on the upswing after challenging year

Early on in the pandemic, industry professionals were quick to tout golf as being a social distancing-friendly activity.

A big part of that was Back2Golf, a coalition of golf organizations across the U.S. that created standardized COVID-19 safety guidelines and lobbied governors and other officials to keep courses open.

The three-phased approach, vetted by the Centers for Disease Control, was first adopted in early May.

A smaller version of that kind of industry-wide collaboration was happening in South Carolina, too, and when Back2Golf was released, that made it easier for state- and regional-level golf organizations to adopt a coordinated approach, said Terry Sedalik, executive director of the South Carolina Golf Course Owners' Association.

"If we all had different messages, we weren't going to be very credible," Sedalik said. "When the (Back2Golf) plan was put out, we could all be singing out of the same hymnal."

In the fall, Sedalik said members shared reports of record numbers and robust bookings. One course said that, while August's heat and humidity usually meant golfers would clear out in the afternoon, they stayed booked all day long.

Hilton Head saw the largest gains overall, with monthly increases as high as 63 percent. Myrtle Beach didn't fare quite as well, with its highest monthly increase coming in at 18 percent.

Golf accounted for about 35 percent of all admissions tax revenues in the state in 2019, Sedalik noted, a percentage that's likely to be substantially larger for 2020 given the industry's record year and the relative setbacks other admissions tax contributors experienced during the pandemic.

"I think golf gave a lot of people a release throughout the pandemic," Gerard said. "And now, I think one of the big things for people in the golf industry is how do we retain the increased play."

Gerard said he observed growth across three segments of golfers. There were the "core golfers" who played two or three rounds a week and bumped that to four or five. Lapsed golfers were brought back into the game, and new golfers picked up the sport for the first time.

That, too, is a national trend. The National Golf Foundation predicted back in mid-2020 that there would be a "COVID-related bump of half a million junior golfers" by year's end.

Another observed result of COVID, Gerard said, is that more golfers seem to be walking the courses. And while that probably started because of safety guidance against sharing golf carts with people outside one's household, Gerard predicts it has turned into a new habit for some, for the health benefit and enjoyment of it.

"I think what happened was that once people started to do it, they really liked it, and they said, 'I'm going to keep doing this,'" Gerard said. "I hope it continues, and I think it will."

Kiawah has always allowed walking on its courses, Gerard said, and one of them, the Ocean Course, is walking-only.

The Ocean Course is set to host the 2021 PGA Championship this May 20-23, the biggest golf event on the docket for South Carolina.

Both the Championship and the RBC Heritage Tournament, which is sponsored by planemaker Boeing Co. and hosted on Hilton Head Island, were noted by tourism director Parrish as reasons why there is "even more to look forward to when it comes to golf in 2021."

Last year's RBC Heritage Tournament was called off for April and rescheduled for June because of COVID-19, and the PGA Championship was postponed to August and played without spectators. They're still on for this spring.

In a statement Feb. 18, the PGA Championship said it was "carefully monitoring COVID-19 developments" related to planning for the championship at Kiawah.

"We are in close coordination and communication with representatives from South Carolina and will continue to follow the guidance of state and public health authorities," the statement said. "Our team is working through logistics surrounding the Championship and will communicate any necessary updates at the appropriate time."

Major events aside, golf professionals across the U.S. are predicting a strong 2021. Based on golf equipment sales data from the third quarter, golfers are investing in the sport: Golf Datatech tracked an all-time record of $1 billion in sales, with golf bags, wedges and irons leading those purchases.

Looking to the year ahead, the biggest problem, Sedalik said, might just be getting a tee time.