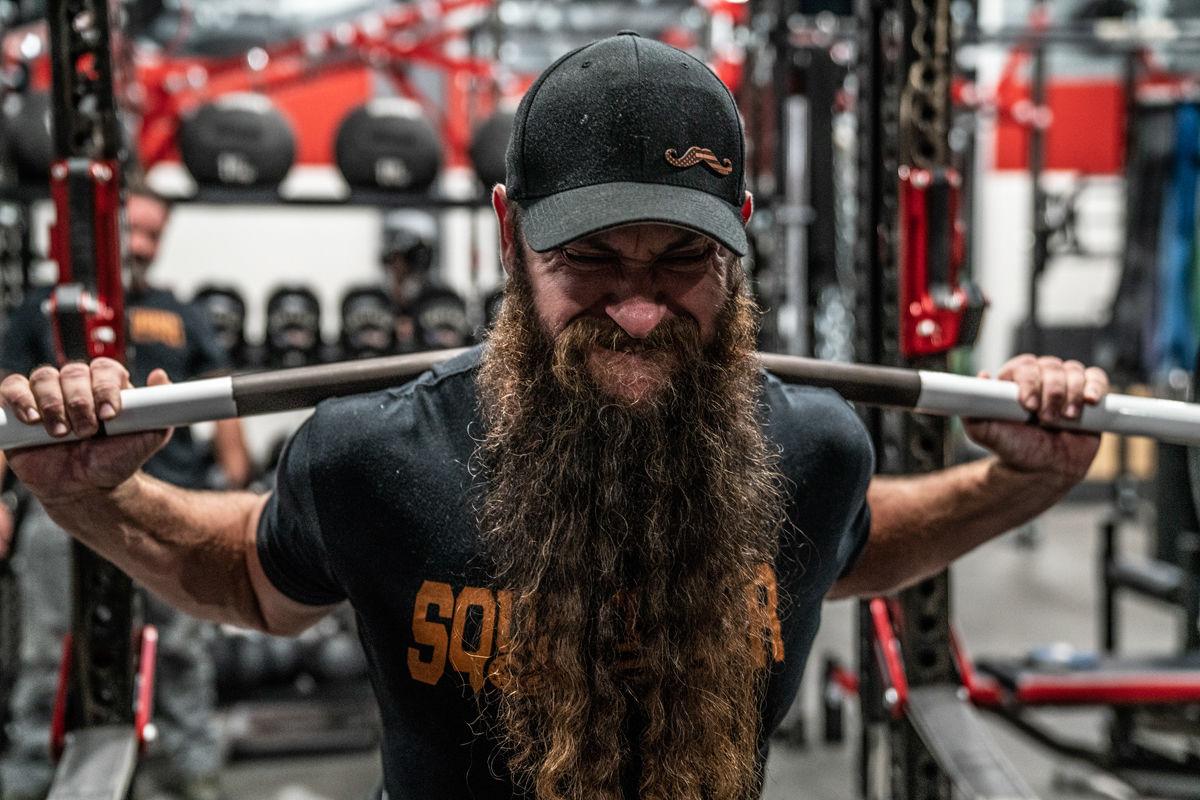 Bert Sorin and the company his father founded, Sorinex, have attained credibility in the world of weightlifting. Provided 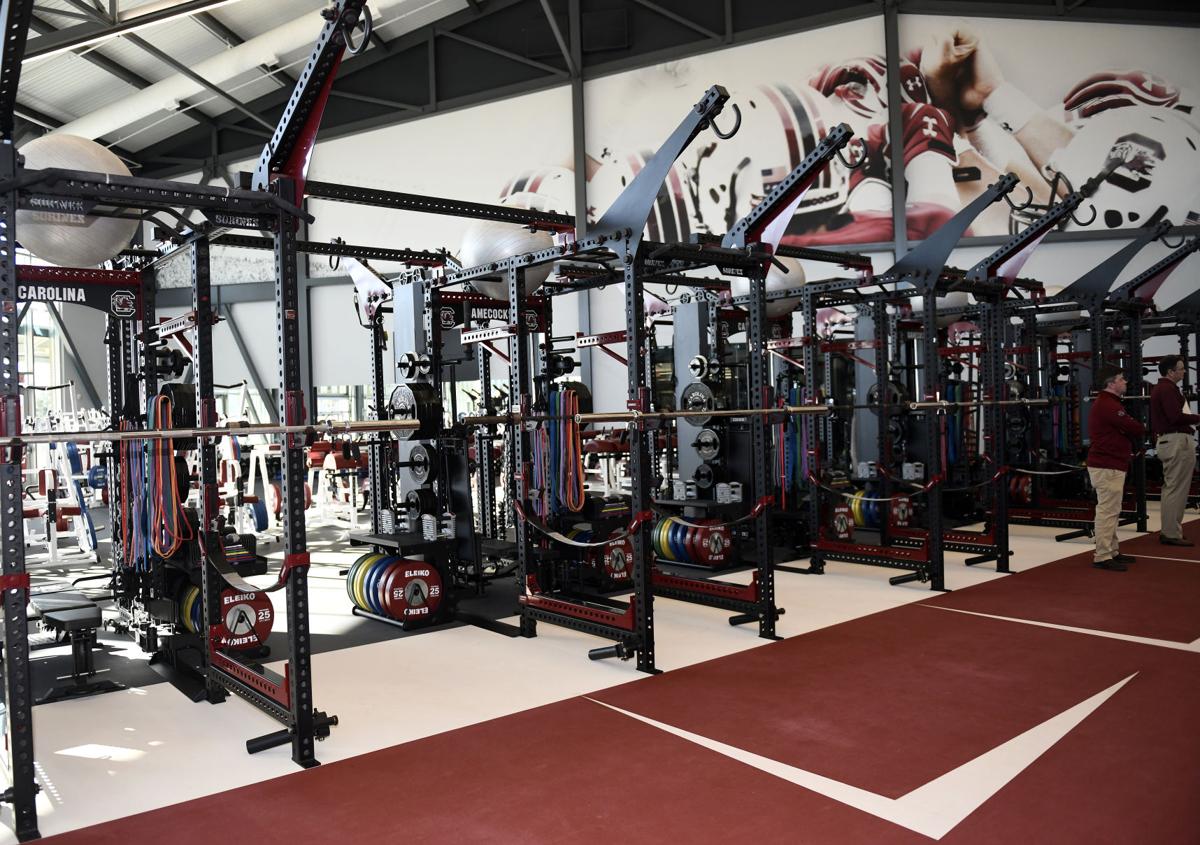 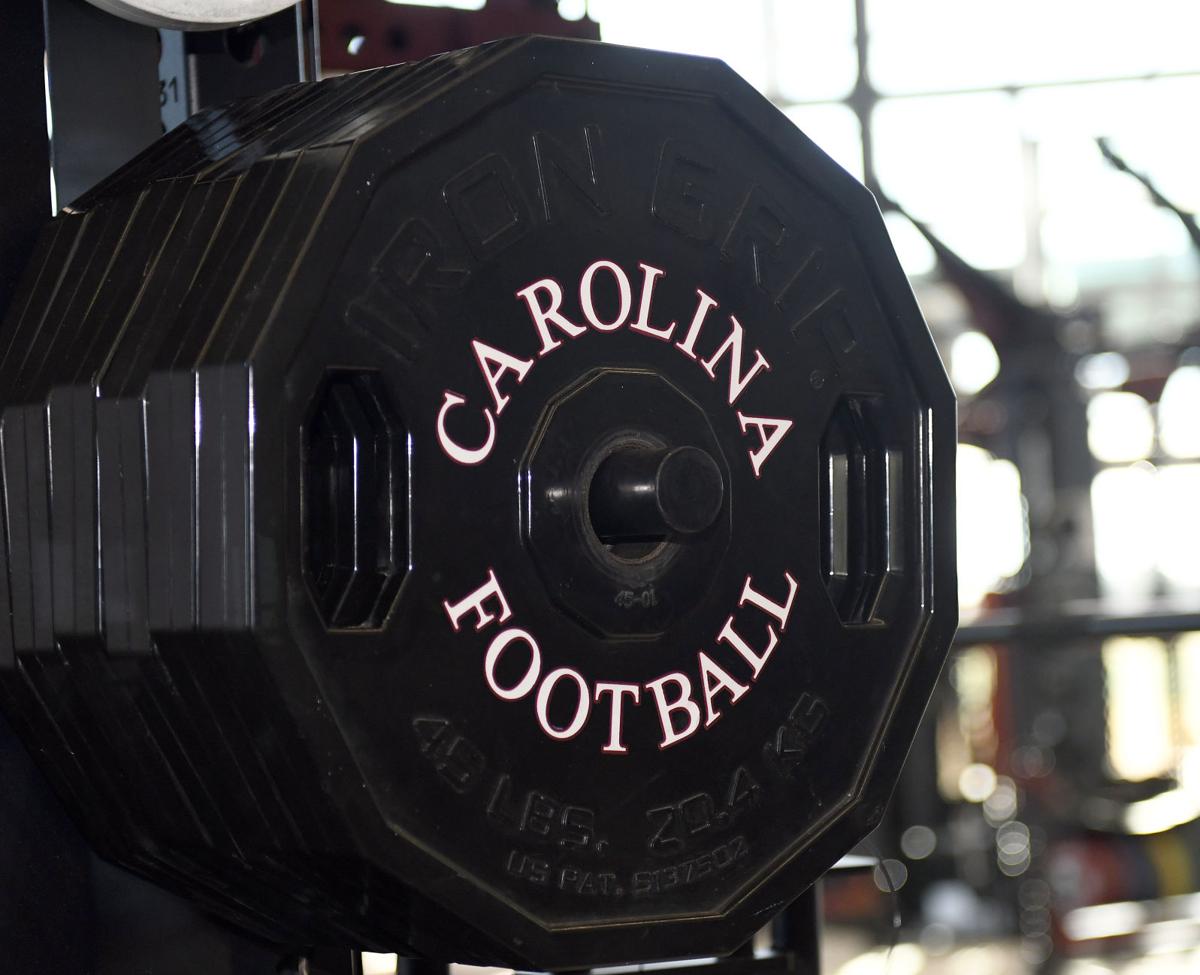 Special customized weightlifting racks for USC football players were designed and created by Sorinex, a Lexington County company. Allen Sharpe/Special to The Post And Courier

COLUMBIA — Bert Sorin hesitates at the phrase “lifestyle brand.” That seems like such an odd fit for the company that he and his father have built on a combination of muscle, steel and sweat to become a sought-after brand in what Sorinex calls “the iron game”: weightlifting.

The Lexington County company sells high-end gym setups, especially to pro and college teams, including the University of South Carolina Gamecocks, Chicago Bears, Los Angeles Lakers and St. Louis Cardinals. In short, it sells major amounts of iron to people who want to get stronger.

Yet the idea of lifestyle brand does describe how Sorinex has evolved as it seeks to share its commitment to the power of exercise. It uses events, videos and podcasts to connect its customers with individuals who are passionate about pushing beyond their perceived boundaries. Its focus is distilled in its slogan: "Be Legendary."

“That’s something that everyone can get down with,” Sorin said.

A culture of sweat

The culture permeates the company itself. Sorin, its president and co-owner, and some employees spend Wednesday mornings before work scrambling over an outdoor obstacle course for fitness and fun. Sometimes, Sorin said, customers come by and join them.

The area around Columbia's Williams-Brice Stadium is a party zone on football days, but is largely used for industrial and warehouse work — with a little bit of residential — the rest of the year.

More people have been coming to work to combine their careers with their fitness goals. In the past five years, Sorinex has expanded from a staff of 25 to 30 workers to employ 155 people, with all of its products made from U.S. raw materials.

The benches and other equipment they make can be found in some of the nation’s top athletic facilities. More than 30 pro teams and leagues — including New England Patriots, Golden State Warriors, Ultimate Fighting Championship and USA Hockey — have Sorinex equipment in their weight rooms. They also provided equipment to the U.S. Military Academy at West Point and Fort Jackson, the Army's largest training base in Columbia.

Colleges, including USC, have been key to raising the company’s profile, Bert Sorin said.

His father, Richard Sorin, started the company in 1980 after he couldn’t get equipment that he liked from the manufacturers that were dominating the field at the time. He used his self-taught welding skills to build equipment that he thought would work better. Other weightlifters agreed, and the company began to grow.

His son Bert joined the company after graduating from USC, where he competed for the track and field team in the hammer throw, earning all-American and Southeastern Conference champion honors.

Store known for giving away USC game day stickers has closed. So who's filling the gap?

Connections to colleges and coaches who know what the equipment offers, especially strength coaches in football, have been vital to the growth of Sorinex, Bert Sorin said.

"It's been the gas, basically, of the whole thing." he said.

College football requires a lot of muscle, so a team of dozens of athletes needs to make the most of its weight room time, which is limited by NCAA rules. So the special gyms designed and built by Sorinex are designed to maximize the work time and not make athletes sit around and wait their turn.

Strength coaches also ask Sorinex to design specific equipment for the kind of exercises they want their athletes to perform, and Sorinex prides itself on giving them what they need.

At USC, strength and conditioning coach Jeff Dillman wanted a layout for the school's new facility that would both work well and be impressive to look at for young athletes.

"I want them to say 'Wow!'" Dillman said during a tour of the weight area when it opened in February.

Dillman also praised the setup of 20 stations across 20,000 square feet in the Football Operations Center as giving the program remarkable flexibility on exercises.

"There are no racks that have ever been built like this before," Dillman told Spurs & Feathers magazine. "The thing that makes it a difference-maker is that you don't ever have to leave the rack; you can do everything inside the rack."

Those plastic baseballs are on Walmart shelves nationwide. They're made in Columbia.

College and pro strength coaches have been a great conduit of connection for Sorinex. It has provided full weight room facilities for the University of Oregon, Northwestern University, University of Tennessee and more than 50 others.

"What we do well, we do very well," Bert Sorin said.

That set of connections means that coaches nationwide often know more about the company and are more eager to tap into its expertise than its Lexington County neighbors.

"A high school 5 miles away won't think to call us," Bert Sorin said.

Sorinex installed weightlifting equipment for five different teams at Penn State University. The equipment is stamped with "We Are Penn State," a unifying theme the university emphasized to move forward in the wake of the downfall of football coach Joe Paterno.

The equipment installed for male and female athletes is highly similar, as the athletes tend to do the same exercises. Female athletes have greatly increased their strength in recent years, as athletes in general have taken weight training more seriously.

"The women are so much stronger than they used to be," Sorin said.

Connecting in the gym

Sorinex will continue to do what it thinks works regardless of the many trends in the fitness segment. Trying to latch onto the latest thing has been a mistake in the past, Sorin said.

"I've found that when we get too involved with the strength and fitness industry is usually when we fail," he said.

That will continue to include promoting the classic, sweat-filled culture of weightlifting. The company hosts a SummerStrong event every year, bringing dozens of visitors to Lexington County to lift and share their high-achieving culture. Speakers include former Navy Seals, top athletes and those who have overcome disabilities to complete such achievements as climbing Mount Everest.

Using SummerStrong and other ways to build connections to hard-core participants in weightlifting makes it easier to sell Sorinex products, Sorin said.

One customer for their equipment remarked on Bert Sorin's hands, which show the wear and tear of someone who lifts weight. The man told him, "I'll never buy something from someone who doesn't have those calluses."

Political campaign season brings a small but prominent boost to Columbia's commercial real estate as campaigns put up their headquarters for the duration of the race.