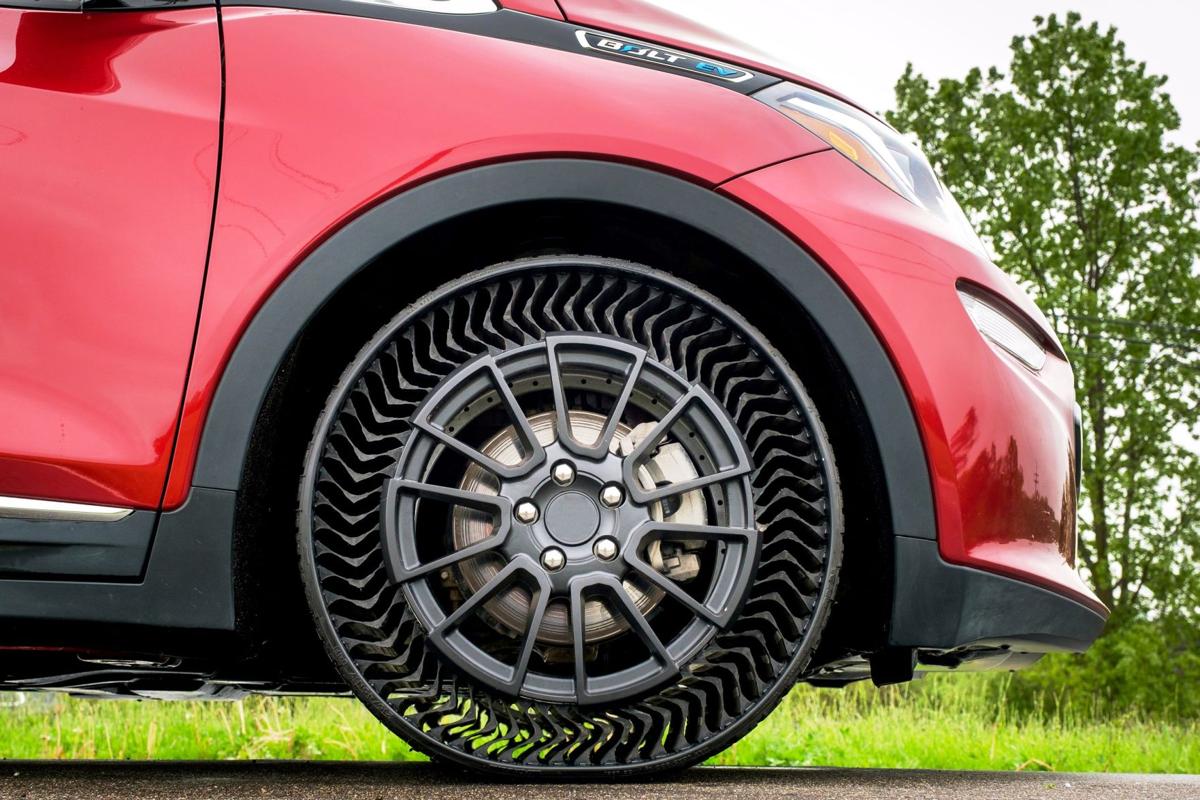 General Motors is working with Michelin North America on developing an airless tire that won't blow out or go flat and can be re-treaded when they wear out. Provided/Michelin 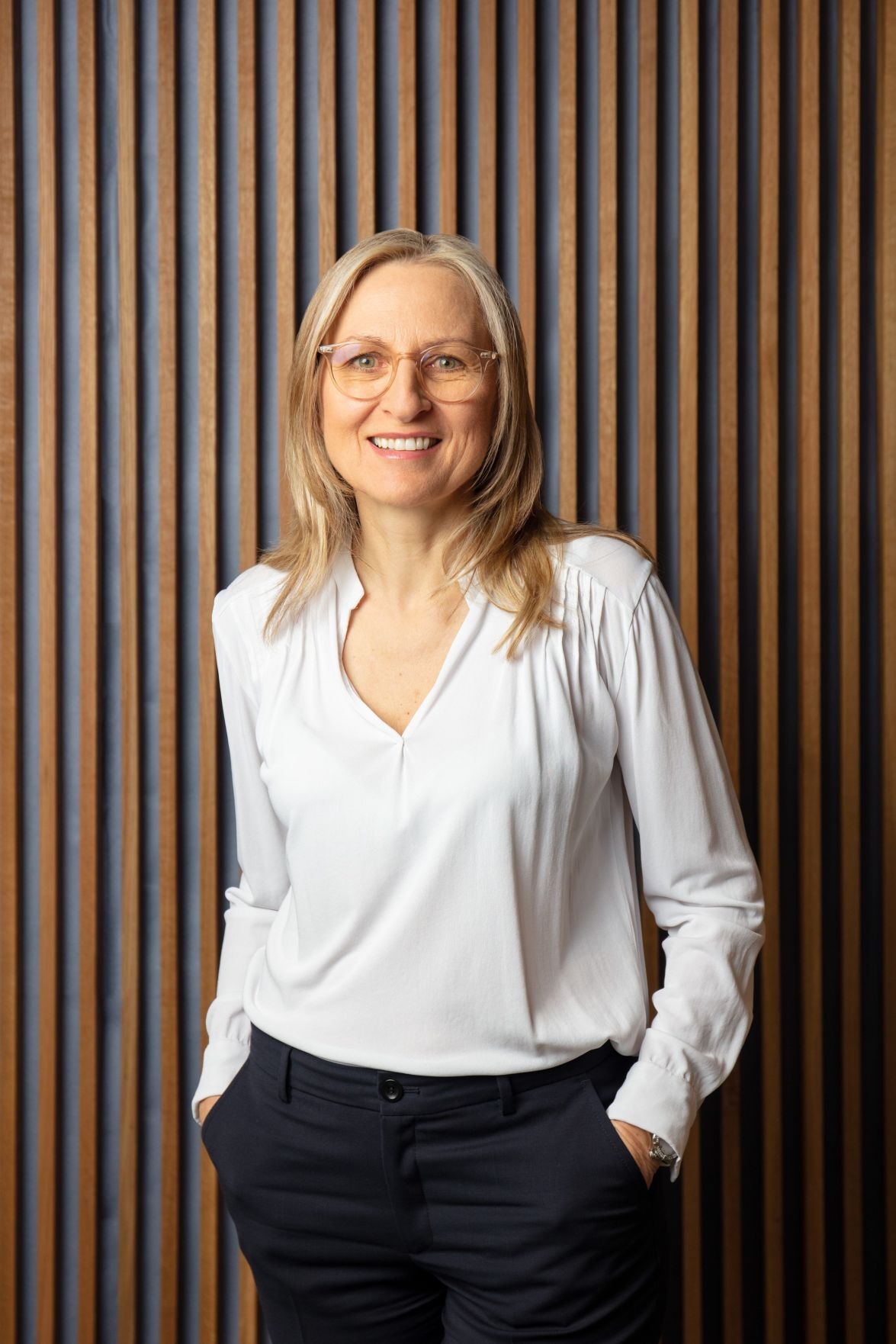 French-owned Michelin has developed a tire it calls UPTIS — for Unique Puncture-Proof Tire System — that it hopes to bring to the commercial market by 2024. The airless UPTIS offers several benefits, according to the manufacturer, including that it won't blow out during travel. An NHTSA study shows roughly 9 percent of all crashes are due to tire-related problems.

The airless tires also don't require maintenance or periodic air-pressure checks and drivers will no longer have to carry around a spare and jack in their vehicle trunks. They can also be re-treaded when they wear out, meaning brand new tires won't have to be purchased. And they are better for the environment because they reduce the number of disposed tires.

Airless tires are already used on small vehicles like lawnmowers and on some heavy equipment. They haven't been approved for passenger vehicles, however, and Michelin says holding the new technology to standards devised for a different type of tire could slow their introduction.

Safety regulations "are principally technology-based standards designed to test and certify the motor vehicles and equipment on the road today," Michelin said in a Nov. 1 letter to regulators. "If a manufacturer develops an innovative motor vehicle or motor vehicle equipment design, compliance with an existing (safety regulation) may be very difficult, complicated or impossible."

Michelin points to other examples where the NHTSA has allowed safety features to go to market before it develops specific regulations to govern their design, performance and other standards, including anti-lock brakes, electronic stability control and back-up cameras.

General Motors is already testing Michelin's airless tires on a Chevy Bolt electric vehicle and expects to be the first automaker to use the tires on cars sold to consumers.

Volvo Cars says it will be the first automaker to trace shipments of cobalt used in its electric batteries through block-chain technology, assuring consumers that the raw material is sourced responsibly.

Cobalt conundrum: As SC automakers plan electric cars, a key material could be in short supply

Cobalt is an essential ingredient in lithium-ion batteries, but some of the companies that mine cobalt have been accused of safety violations, using child labor and other human rights abuses.

Blockchain creates encrypted records of transactions that can't be changed, while also enforcing a common set of rules for what data can be recorded.

"We have always been committed to an ethical supply chain for our raw materials," said Martina Buchhauser, head of procurement at Volvo, which builds the S60 sedan at its $1.1 billion plant in Berkeley County. "With blockchain technology we can take the next step towards ensuring full traceability of our supply chain and minimizing any related risks, in close collaboration with our suppliers."

Bridgestone Americas is investing $72 million to expand a pair of manufacturing warehouses in Aiken County and Wilson, N.C.

"These expansions will further strengthen our distribution footprint in the U.S. and improve our ability to get the right tires to the right place with speed and accuracy," Erik Seidel, the tiremaker's president of consumer replacement tire sales, said in a written statement.

The Aiken County site has been operated by Bridgestone since 1998, producing passenger and light truck tires for manufacturers and retail sales.

Bridgestone is part of a South Carolina automotive industry that generates $27 billion in annual economic impact.

Diehl has been offering similar services for Boeing's other Dreamliner plant in Everett, Wash., since 2011.