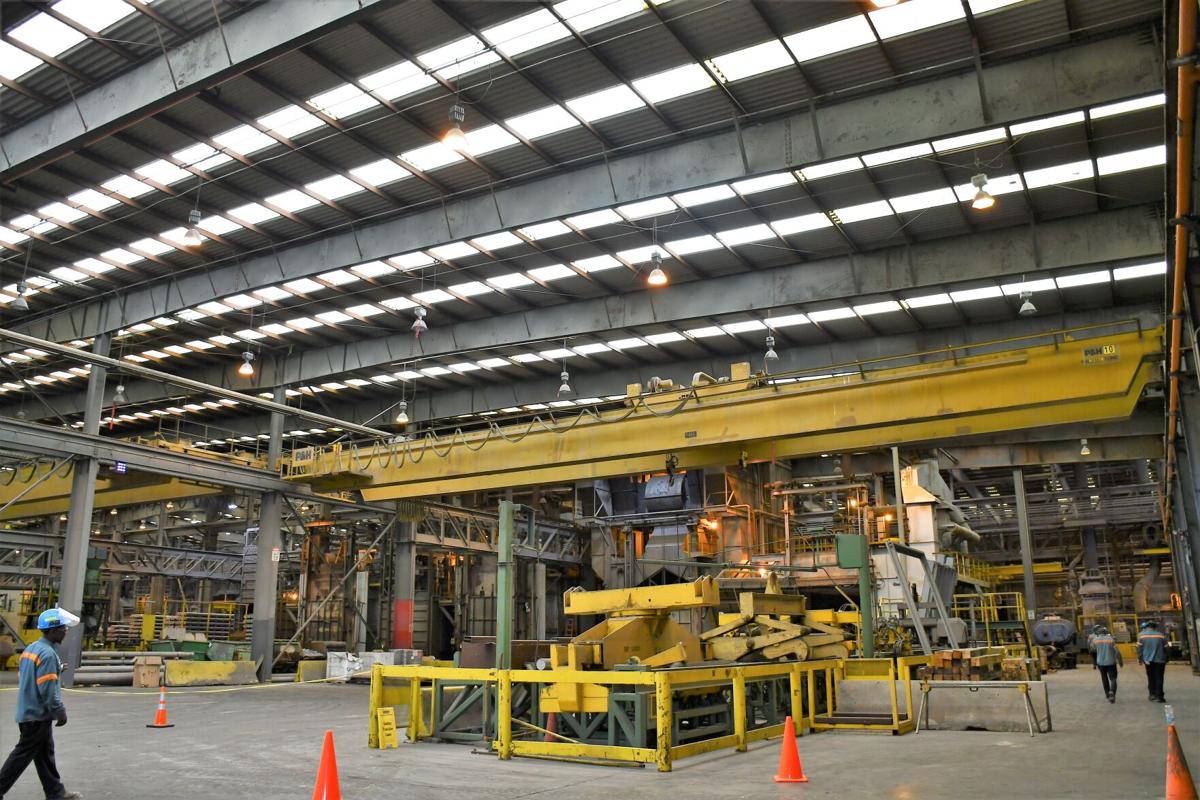 Century Aluminum is investing $93 million into its Mount Holly smelter near Goose Creek, with the goal of eventually bringing the plant back to full capacity. File/Matt Bise/Staff 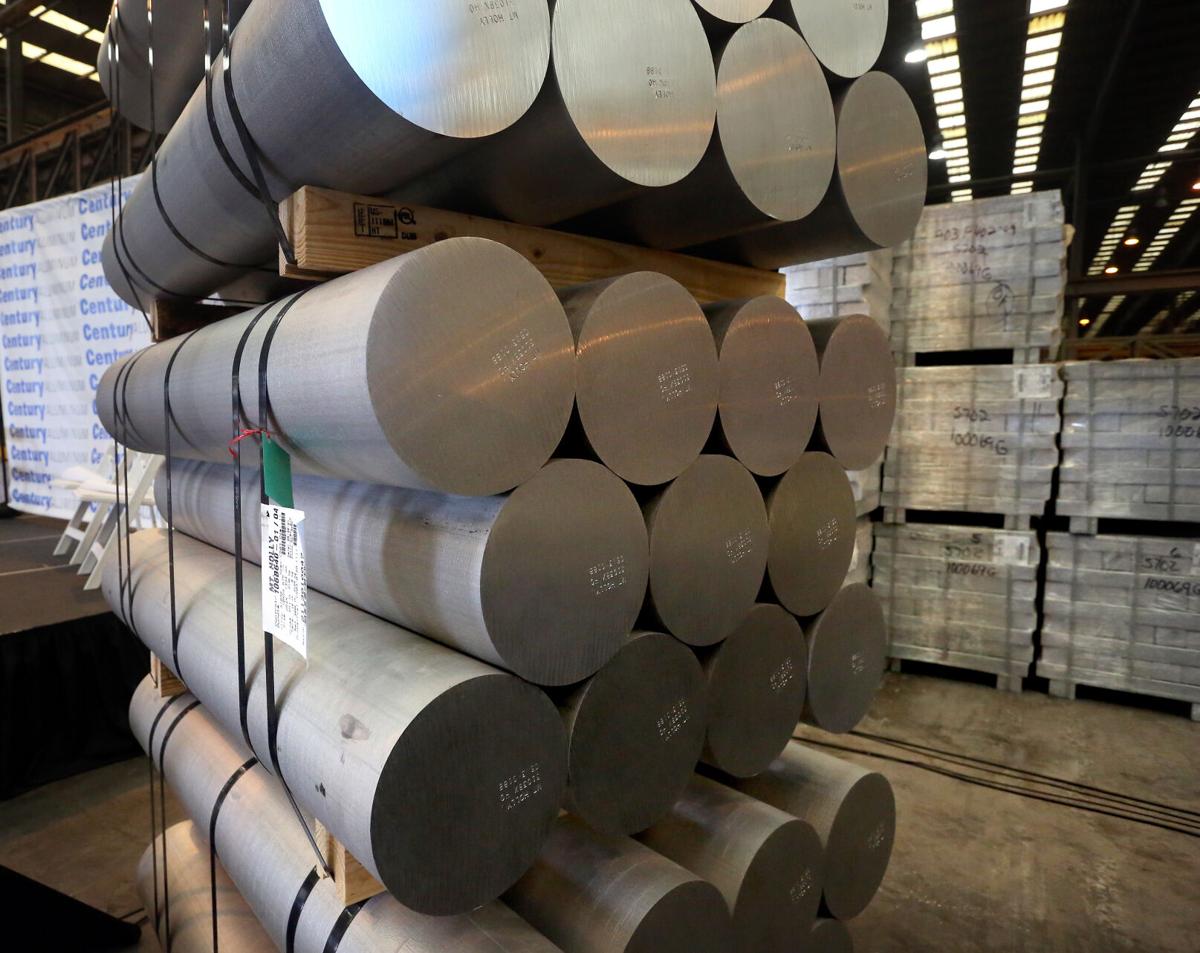 Century Aluminum plans to hire 100 workers  as part of a three-year expansion announced this year at the company's Mount Holly smelter near Goose Creek. File/Brad Nettles/Staff

Just a few months into a new power deal to add production at Century Aluminum's Mount Holly smelter, the company is already setting its sights on getting the plant back to full capacity.

A deal inked in March with Moncks Corner-based electric utility Santee Cooper lowered Century Aluminum's power costs enough to add workers and equipment that will bring the smelter to 75 percent capacity. Dennis Harbath, the plant's manager, said the goal is to hit 100 percent capacity in the future.

"We'd like to engage in negotiations with Santee Cooper for a long-term plan," Harbath told members of the Berkeley County Chamber of Commerce at a recent business event. "We're really interested in figuring out how to get the other 25 percent of the plant up and going."

These days, more than 100 contractors are working around the clock to fix the "pots" — large electrolytic cells — where molten aluminum is made. There are 270 such pots that have been idled or are in need of repair since Century cut production to 50 percent in 2015.

"Since 2015, we haven't rebuilt any pots whatsoever," Harbath said. "We just kind of made do with what we have."

The plan is to have a third of those pots back in action by the end of this year, with the rest completed by 2023. All told, the three-year expansion, which also includes infrastructure work such as roof repairs, will cost about $93 million and add 100 jobs. Bringing the plant to full capacity would add another $33 million investment and another 100 jobs with wages and benefits averaging $95,000 a year. The smelter once employed about 600 people before its workforce was cut in half at the end of 2015.

A study by the University of South Carolina shows the Mount Holly site generates $250 million in economic impact for each 25 percent of capacity, with full production a $1 billion boost to the local economy.

"I'm hoping somehow we can cross that bridge" to full production, Harbath said.

A little more than $5 million of the current expansion is going toward an automated sow caster — a machine that takes molten aluminum from pots and pours it into molds. The aluminum is then sold to customers to be remelted and formed into a finished product. Harbath said the machine will "enhance a lot of work-life balance" because one person can do what it used to take six workers to accomplish.

"It will allow flexibility in scheduling and metal consumption," Harbath said, adding Mount Holly will be producing 165,000 tons of aluminum per year once it hits 75 percent capacity.

The Mount Holly expansion is taking place at an opportune time, with aluminum prices and demand on the rise. A Bloomberg report shows aluminum hit a 10-year high on Aug. 31 on the London Metal Exchange and is within striking distance of an all-time high. Prices are up because of a power crunch in China, which supplies most of the world's aluminum, and a crackdown on pollution at that country's smelters. At the same time, consumer demand remains strong for products that use aluminum, from car parts to appliances.

A global shift to electric vehicles also gives Century Aluminum hope for the future. Century is a major supplier of aluminum to vehicle parts makers, which are switching to the metal for vehicle bodies, brakes and other components because it is lighter than steel and adds range to battery-powered cars.

Jesse Gary, Century's new president and CEO, told investors during an earnings call that "we currently find ourselves in a robust market for aluminum, driven by high consumer spending ... a strong industrial expansion and GDP growth in most of the world's leading economies."

He added the long-term outlook will be "driven by energy transition into renewable generation, distribution and electrical vehicles."