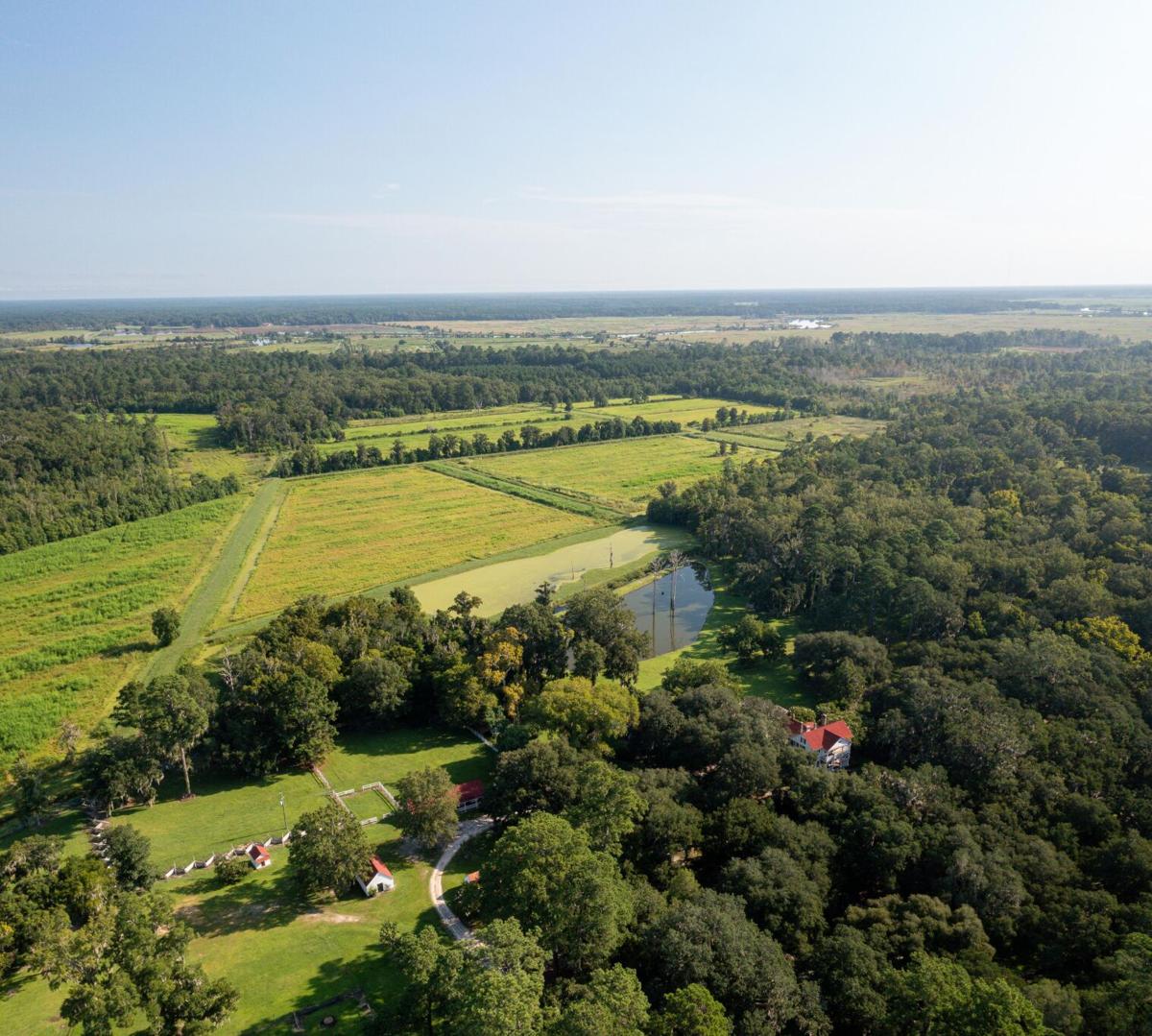 A panoramic view of the historic sale of the property, New Bonny Quail Woods and the 1732 Twickenham Plantation. Photo/Ellis Photography. 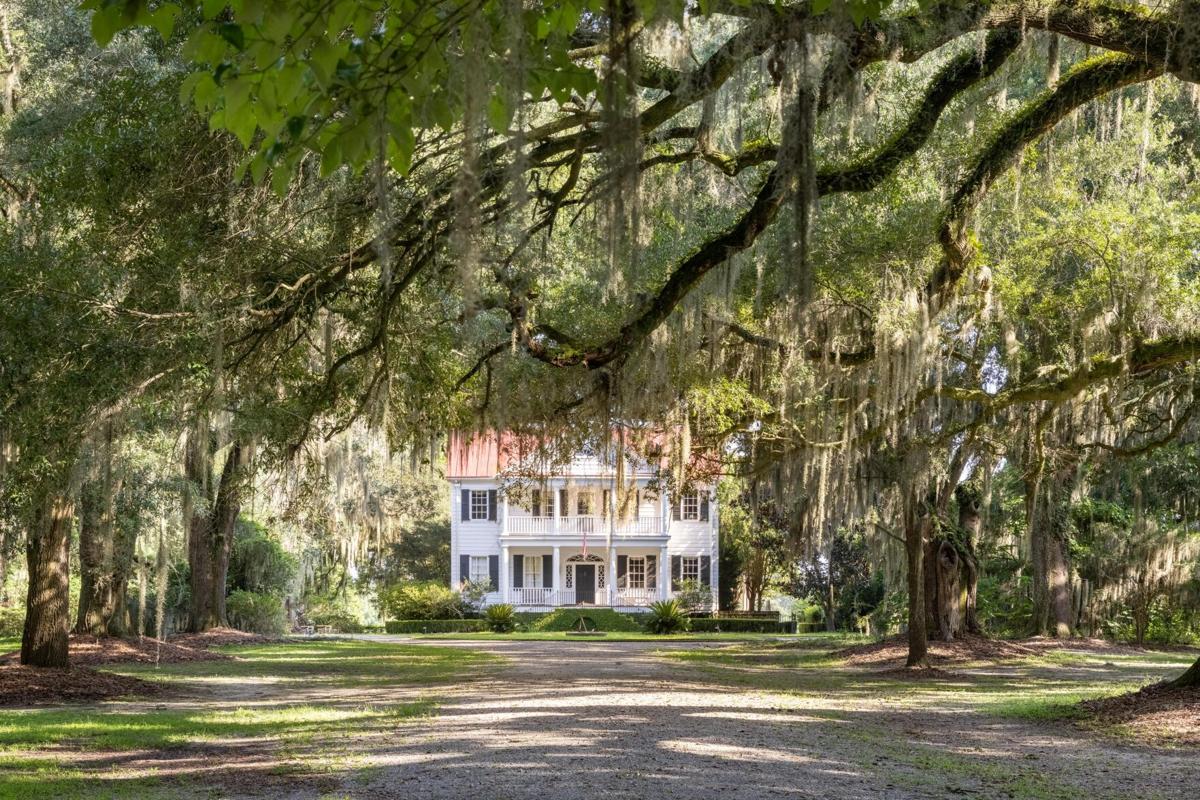 The original Twickenham Plantation home burned down twice during the Revolutionary War and the Civil War. It was rebuilt in 1878,and recently, underwent an extensive remodel completed in 2018. It has 4,000 square feet. Photo/Ellis Photography. 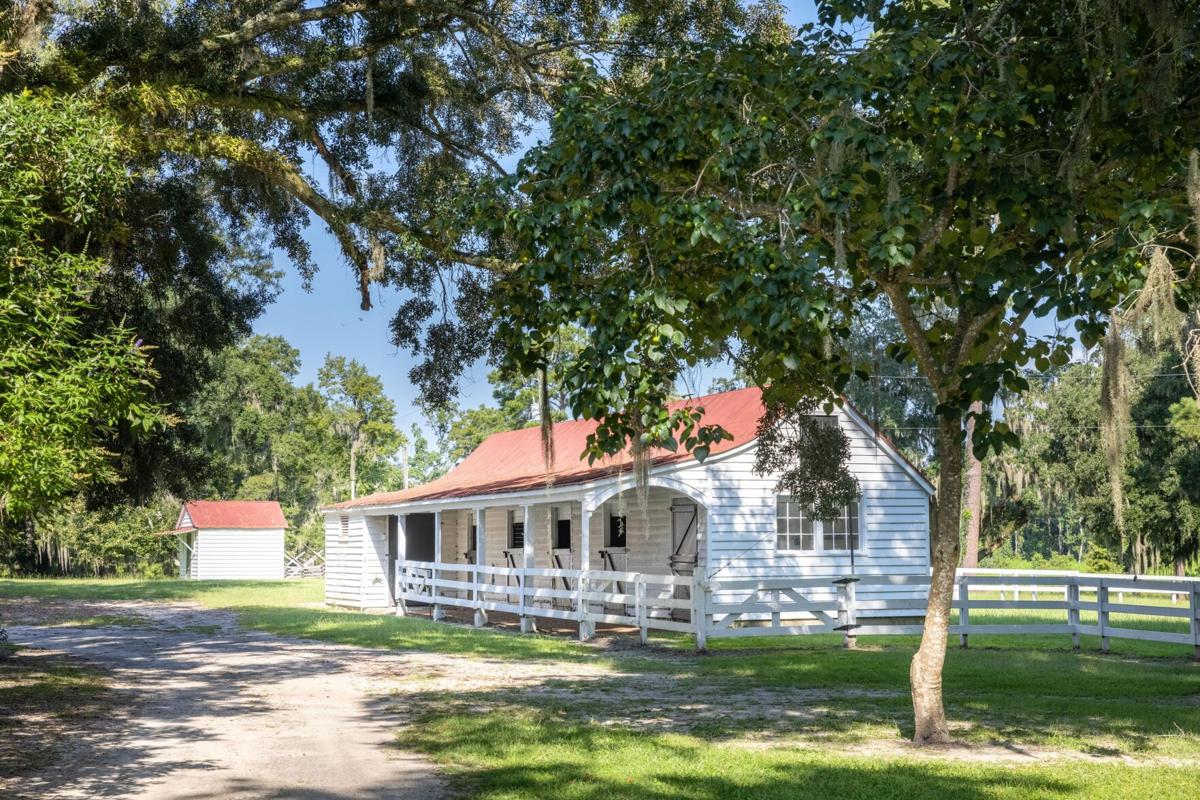 The stables on the property are near the main house. Inside are are five stalls. Photo/Ellis Photography. 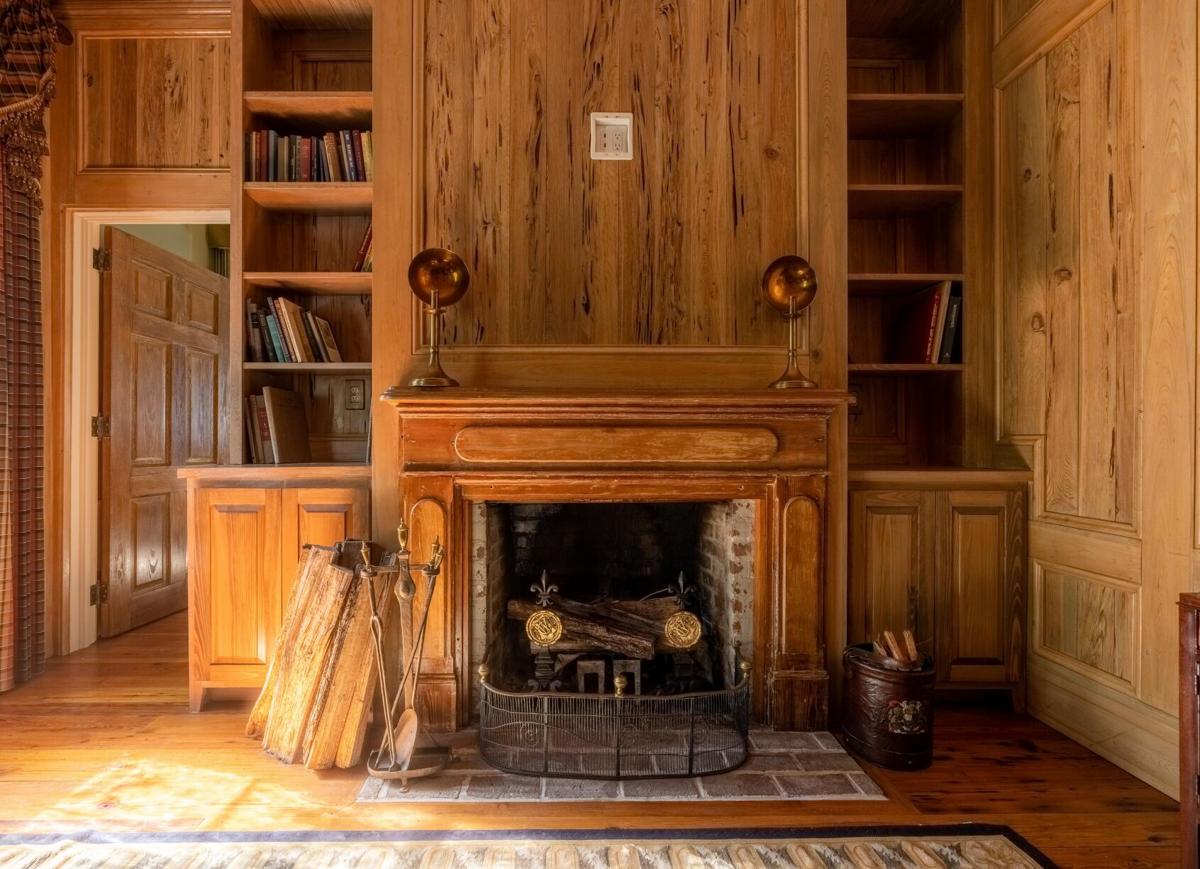 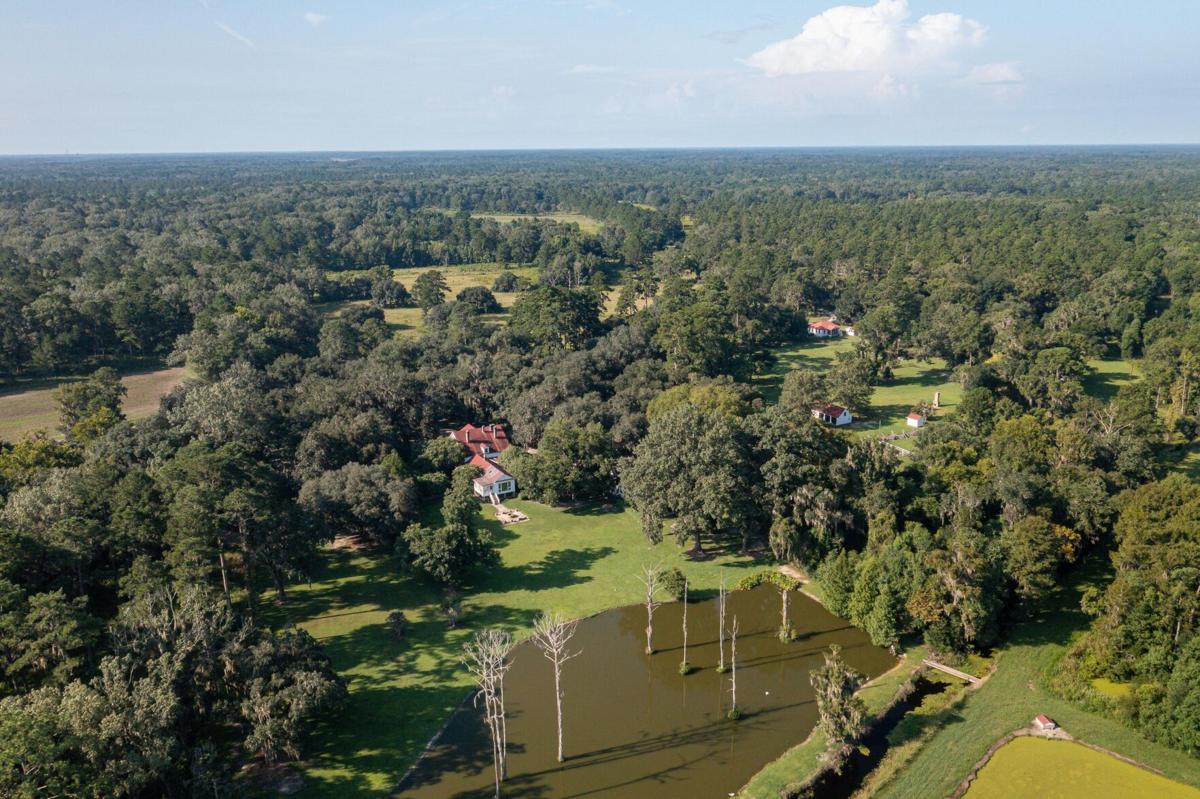 The wetlands are plentiful on the expansive property. Photo/Ellis Creek Photography. 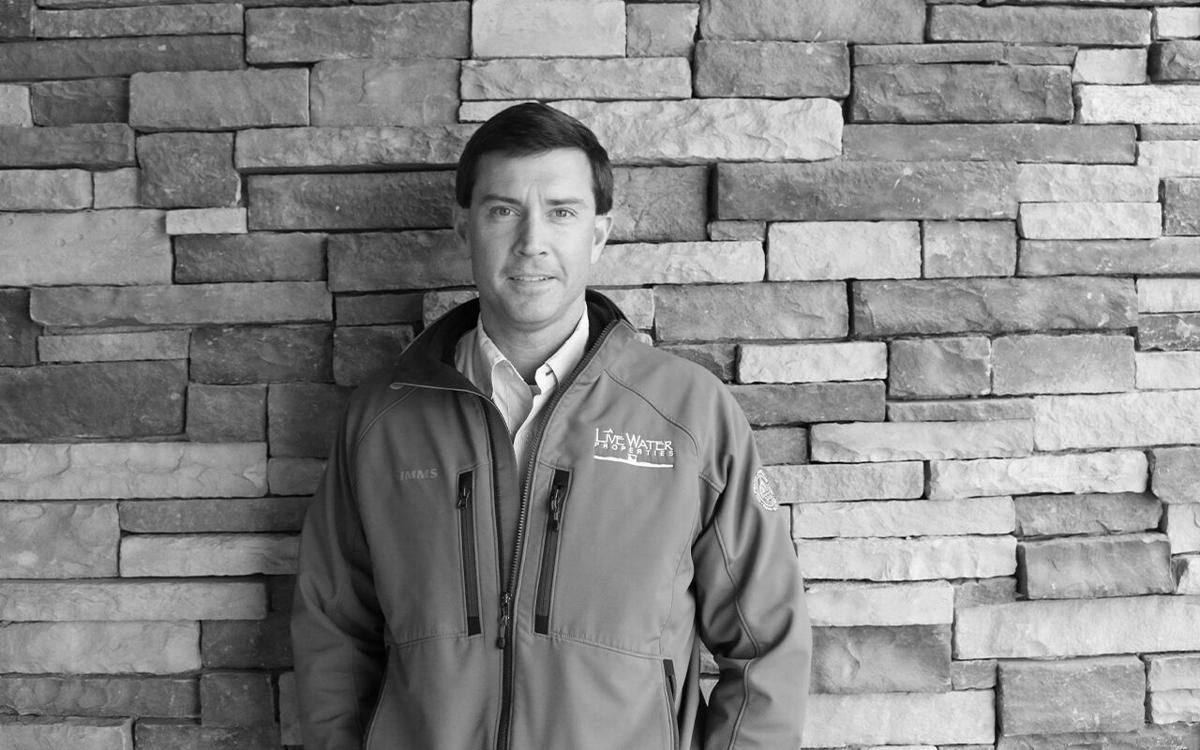 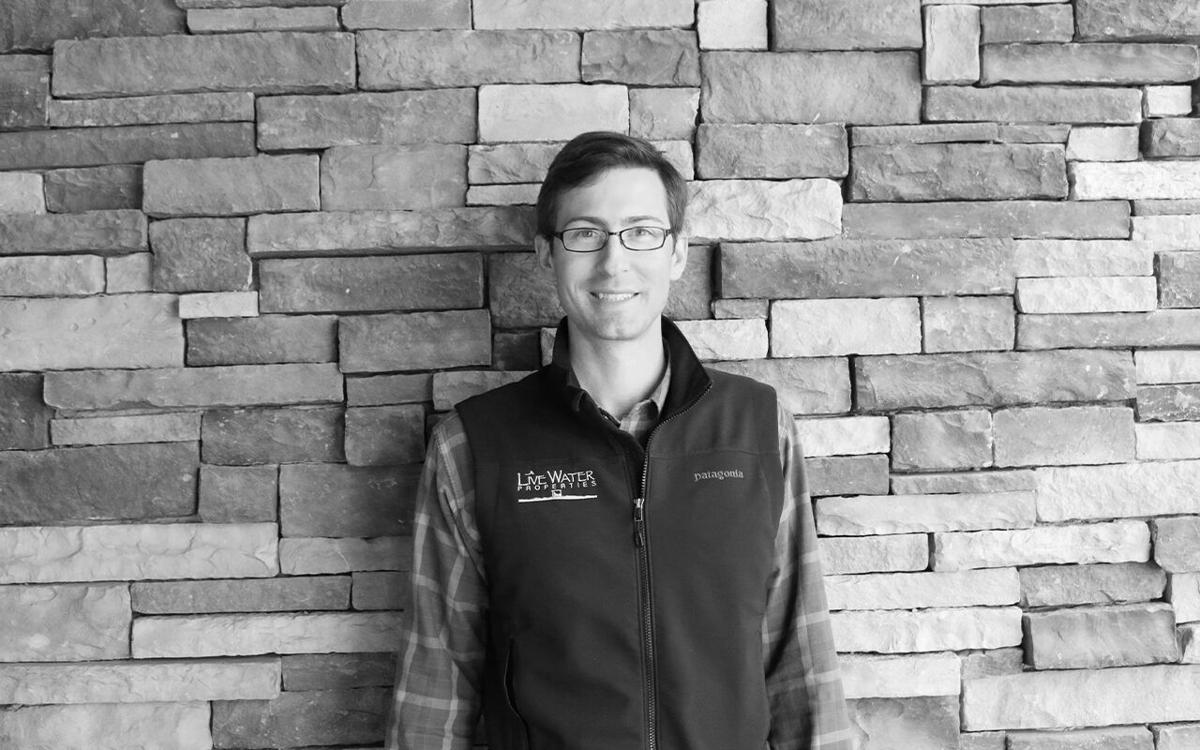 Live Water Properties’ Founding Partners Alex Maher and John Merritt worked on the transaction, collectively reassembling a piece of history and what was once a single property. The buyers of the property who wished to remain anonymous, said they will be “excellent land stewards with a focus on preserving and enhancing this significant property within the ecologically important ACE basin.”

Maher said the buyers toured the property in mid-March. “When they [buyers] toured the properties, Twickenham Plantation was being marketed in six separate parcels, and Parcel 1 along the Combahee River was already under contract to someone else. Our client’s timing was fortunate to keep the other five parcels of Twickenham together and add the 964 New Bonny acres from the adjacent Bonny Hall Plantation,” Maher revealed.

Merritt added that the setting was just one of many reasons why the property appealed to the buyers, stating, “As we drove down the oak-lined driveway to the restored Manor house, toured the home and guest cottage, and ambled through the gardens, our attention was repeatedly drawn to a gobbler strutting with several hens on the dike a few hundred yards distant. We finally ran them off as we toured the perimeter of the private duck impoundments and skirted the edge of some old growth quail courses. That setting is magical both in its history and wildlife features, and we are thrilled to have helped place this property in excellent land stewardship for the future.”

The property is located in the ACE Basin, midway between Charleston and Savannah, approximately 20 minutes from Beaufort and 45 minutes from Hilton Head Island and Bluffton. The three properties were not encumbered by conservation easements at the time of sale. Given the wildlife and bird habitat and their historic nature, the Twickenham assemblage is one step closer to being restored to its original size and nature, as opposed to being further subdivided and developed.

Historically, these properties were owned by one owner, and they all add different sporting elements according to Emily Feuz Staal, Marketing Director of Live Water Properties. One property has been managed as an upland quail habitat and one has rice fields that were cultivated to benefit waterfowl and wildlife. Keeping the land intact is significant in order to protect the enormous amount of wildlife that is present. Combined, they create a “perfect, low-country sporting property.”

The wetlands on the property are plentiful, crucial to the ecosystem, and act as filters for all the Lowcounty water approaching the ocean. The ACE Basin was once home to large plantations and in the late 1800s wealthy buyers purchased the land as hunting retreats. It remains one of the largest undeveloped wetland ecosystems on the East Coast. It is one of 11 places to visit before Earth Day 2022 according to The Nature Conversancy. Positioned around the Ashepoo, Combahee and Edisto rivers, it supports 33 types of natural plant communities which provides habitat for waterfowl, birds and endangered species.

The Twickenham Plantation was founded in 1732, under a grant from England’s King George II and was assembled by Walter Izzard in 1733. The main home was burned down twice over time, both in the Revolutionary War and again later by General William T. Sherman’s troops in the Civil War. The home was rebuilt in 1878, by Major John Screven, and recently, the 4,000 square foot historic plantation house underwent an extensive three-year remodel, which was completed in 2018.

The three properties now combine to include over 248 plus acres of interior controlled rice fields with excellent annual migrations of teal, ringnecks, wood ducks, pintails, and other species. The property boasts excellent turkey and trophy whitetail populations. Additionally, there is a 12-acre dove field, a pheasant "tower release" for the “highbird" shooting experience for larger hunting parties, and a five-acre stocked bass lake.

“It has been a thrill to work on these properties with such historical and ecological significance in the ACE basin,” Merritt said. “We are honored to have represented the Buyers along with their team of professionals, and they will be an exemplary land steward for this sporting property for generations to come.”

• The ACE Basin was established in 1988 by landowners and natural resource partners.

• The ACE Basin is a model of private land conservation in the U.S. and encompasses 1.7 acres of upland and wetland habitat.

• It is one of the largest intact coastal ecosystems on the East Coast, with more than 200,000 acres permanently protected by private landowners with Low Country Land Trust and other conservation partners.