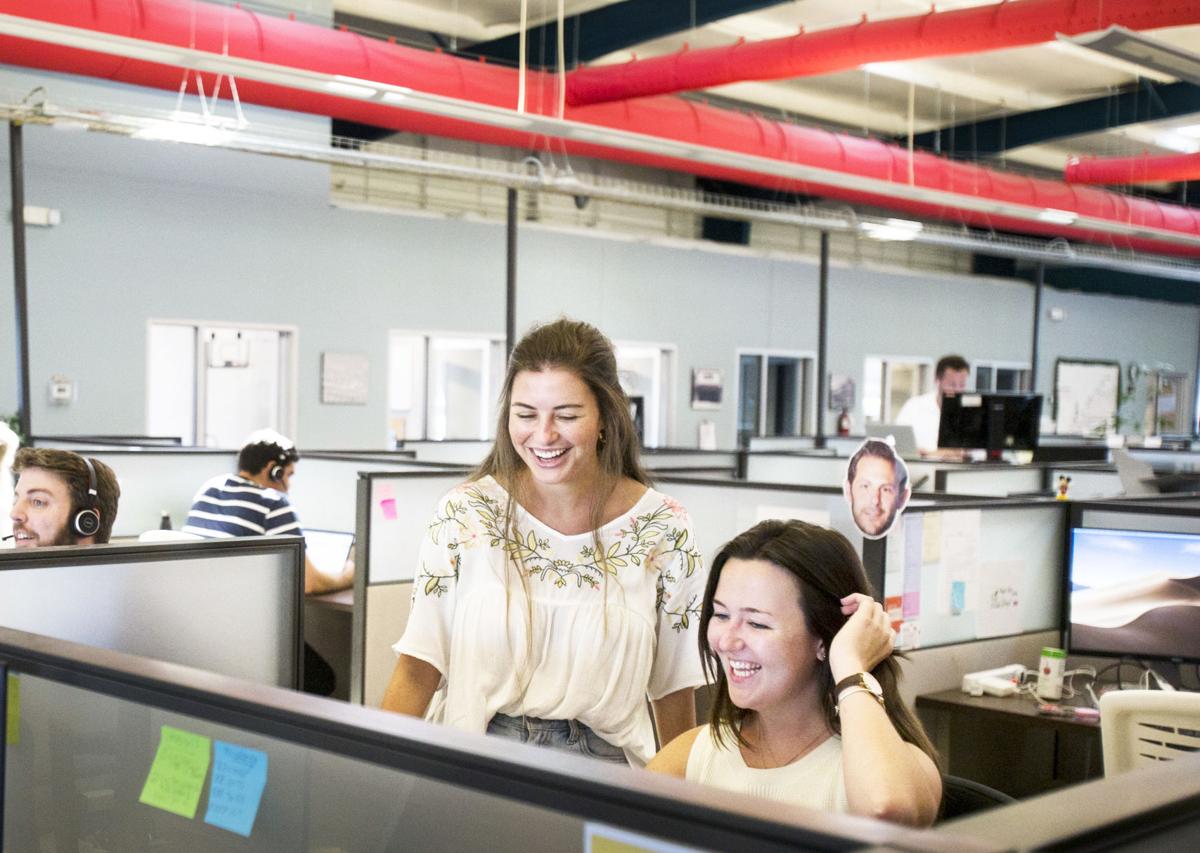 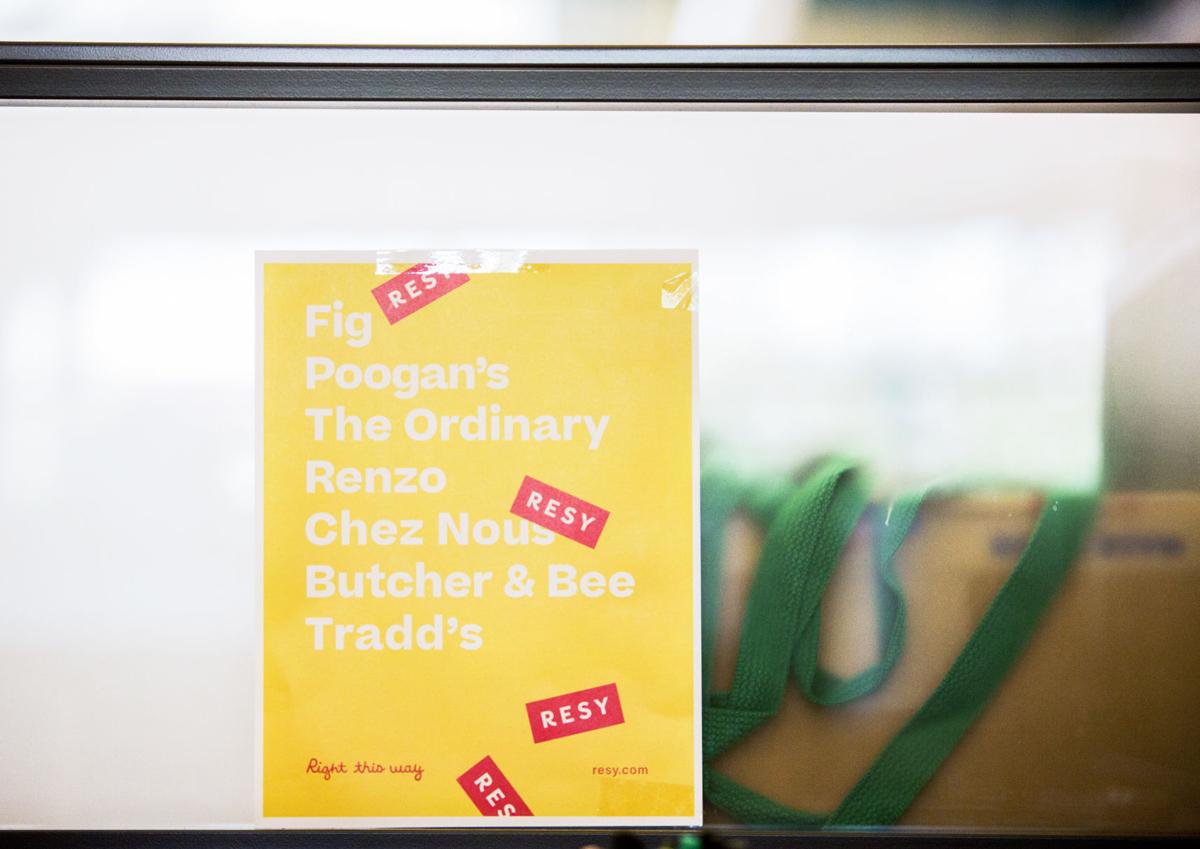 Resy, a restaurant booking app, has opened its first location outside of New York City in Charleston. Gavin McIntyre/Staff 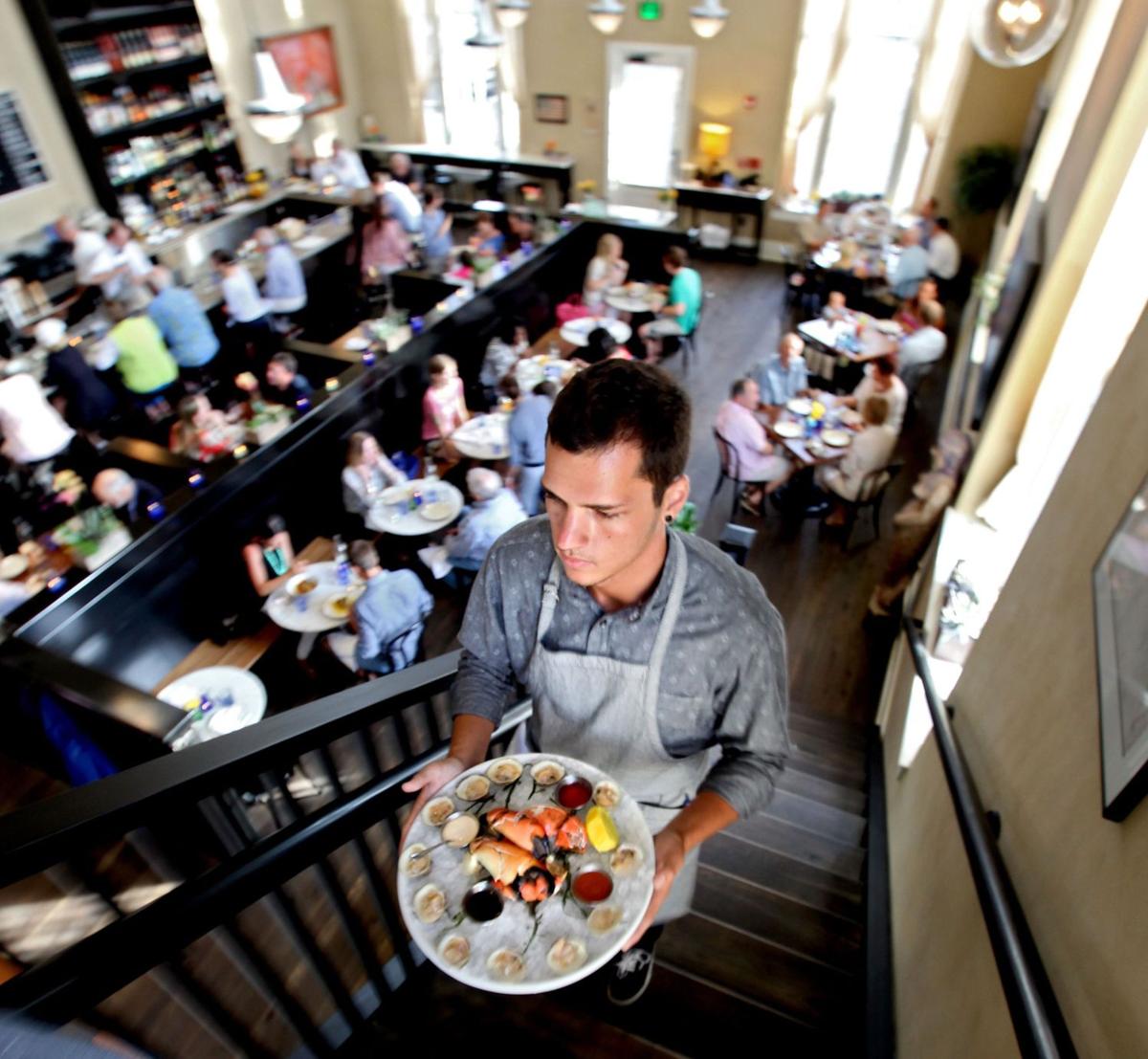 The Ordinary is one of the restaurants in Charleston using the online reservation service Resy. File/Staff 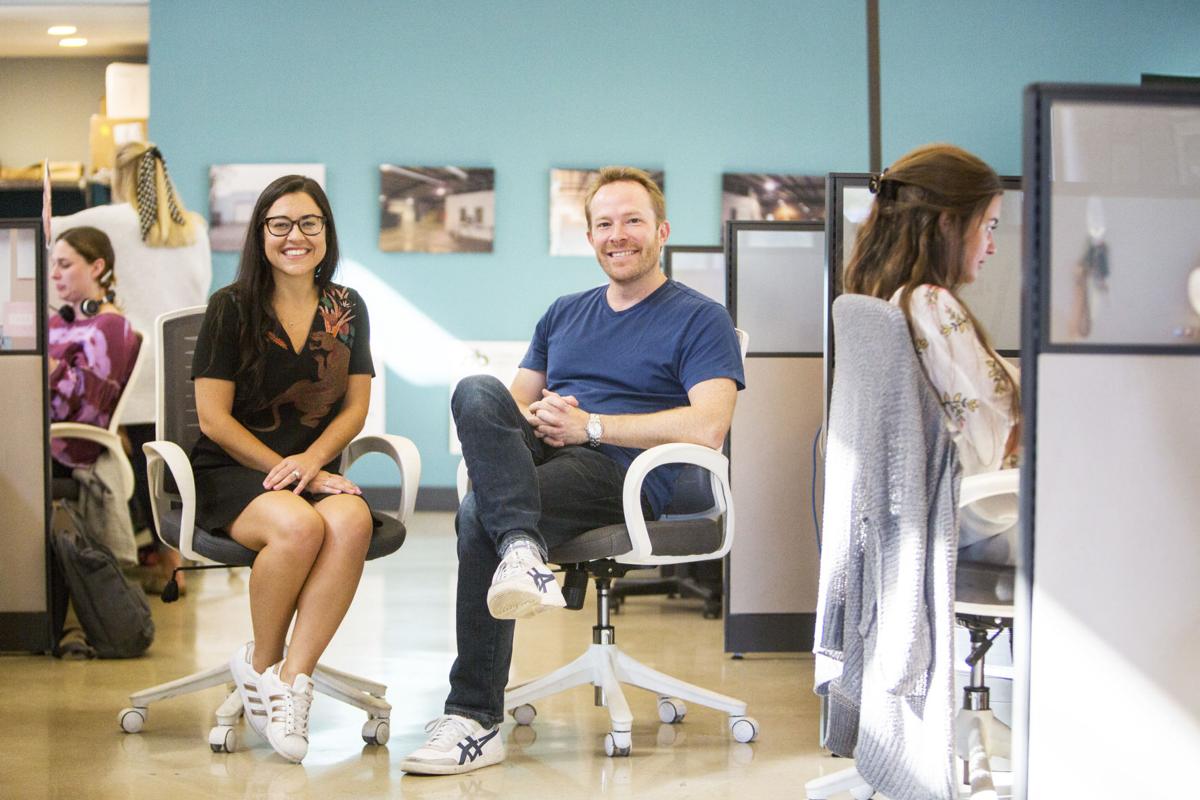 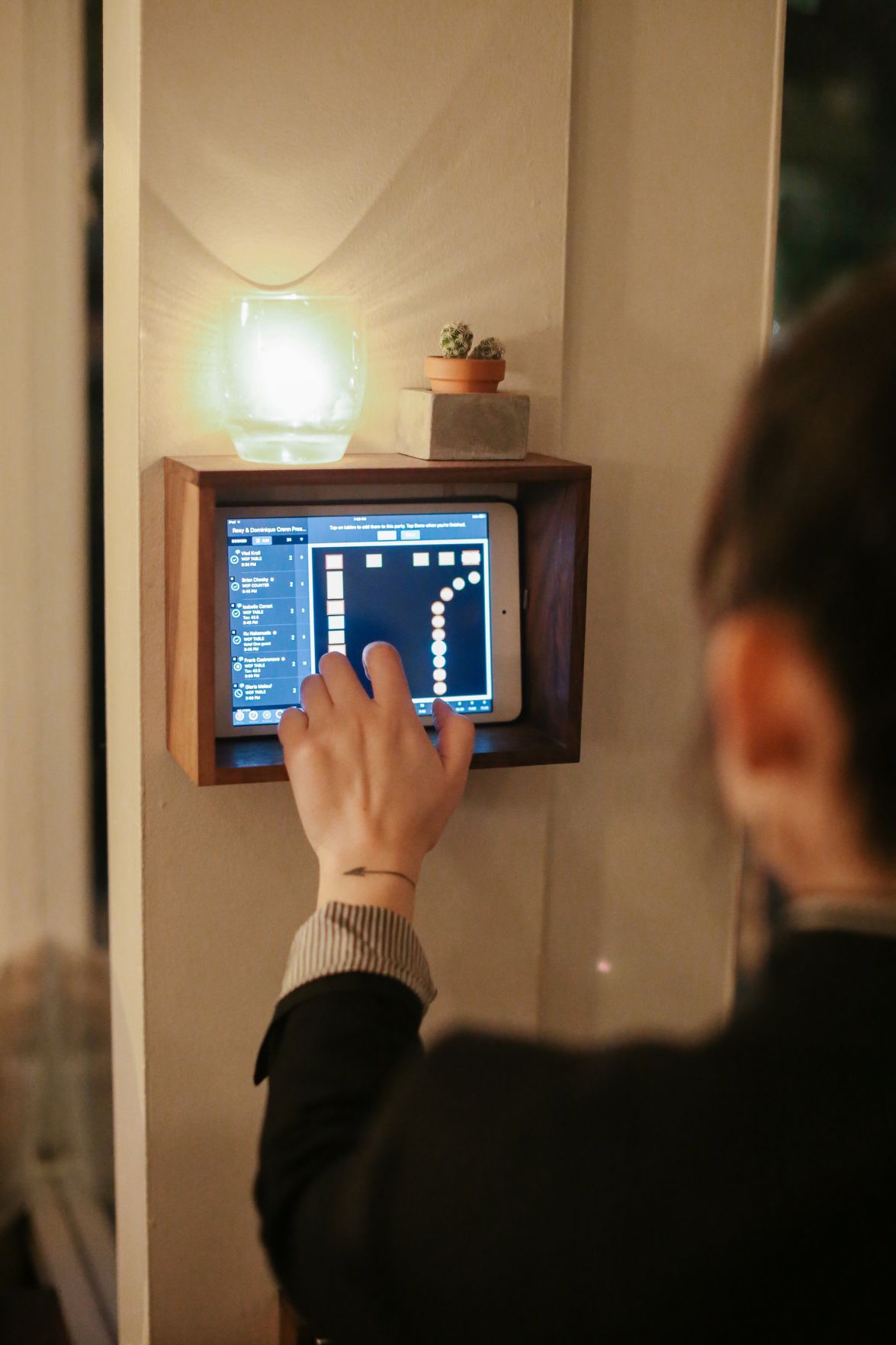 On the restaurant's side, the Resy app allows restaurant hosts to plan where guests will sit and more. Provided/Resy

The Ordinary is one of the restaurants in Charleston using the online reservation service Resy. File/Staff

Resy has two categories of customers, and it doesn't hesitate to say which one it puts first.

The reservations app developer is familiar to most diners booking a table from their phones, but Resy is focused on what it views as its most important clients: restaurants.

That was much of the reason why the company chose Charleston — where the restaurant scene is central to the city's identity — for its first brick-and-mortar office outside of New York.

It also doesn't hurt that South Carolina is a cheaper place to do business than most.

"It punches above its weight class in terms of the restaurant scene," Ben Leventhal, Resy CEO, said during a recent visit to Charleston. "We've always felt a kinship here."

Resy set up shop at 796 Meeting St., sharing a parking lot with Butcher & Bee and Edmund's Oast, both Resy clients. Most of the employees based in Charleston will work in sales and accounts. By the end of October, its local payroll is expected to be at 23. Resy plans to double that number over the next year.

The firm is in a growth period, fueled by its recent acquisition.

American Express announced its purchase of Resy in May. Financial terms of the acquisition were not disclosed.

The credit card company has been on a buying spree of late; Resy is one of four firms it bought this year. AmEx CEO Stephen Joseph Squeri said during a call with investors in July that picking up Resy solidifies the company's relationship with restaurants.

Cardholders also now have access to special perks via Resy. Leventhal said the app continues to function as an independent business under AmEx.

It has also unveiled new business intelligence tools for the restaurants it serves. Subscriptions to the software start at $249 per month.

Resy's main competitor, OpenTable, has been around for much longer, since 1998, giving it a 16-year head start on Resy. OpenTable says 52,000 restaurants use its platform across the globe. Still, as the newcomer, Resy has been able to bite off a sizable portion of OpenTable's market share in its few years on the scene, now saying it has 5,000 restaurants as customers. About 100 Charleston restaurants use Resy.

Leventhal wouldn't discuss his competition. He said his priority is serving as a sophisticated technology partner for restaurants.

Reitz said restaurants need to embrace technology, just like any other business. He said Resy's reviews feature, which prompts customers for feedback once they leave the restaurant, arrives in his inbox every morning and gives him key data he didn't have before. About 20 percent of customers who use Resy respond to the surveys.

He conceded booking apps have taken an element of human interaction out of making a reservation.

"It’s made it easier to rely on a digital transaction rather than a phone call," Reitz said. But he said he hasn't noticed the cancellation rate change.

Given thin profit margins in the restaurant industry, empty tables tend to be a sight for sore eyes. Resy prompts customers via text to let the restaurant know if they don't plan to show up.

But with a 2 percent no-show rate on the app, most diners still do.