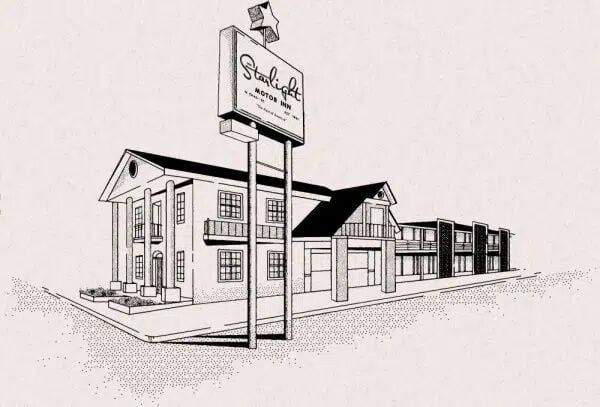 An illustration of the Starlight Motor Inn that's set to open on Rivers Avenue in the fall is featured on its website. Provided. 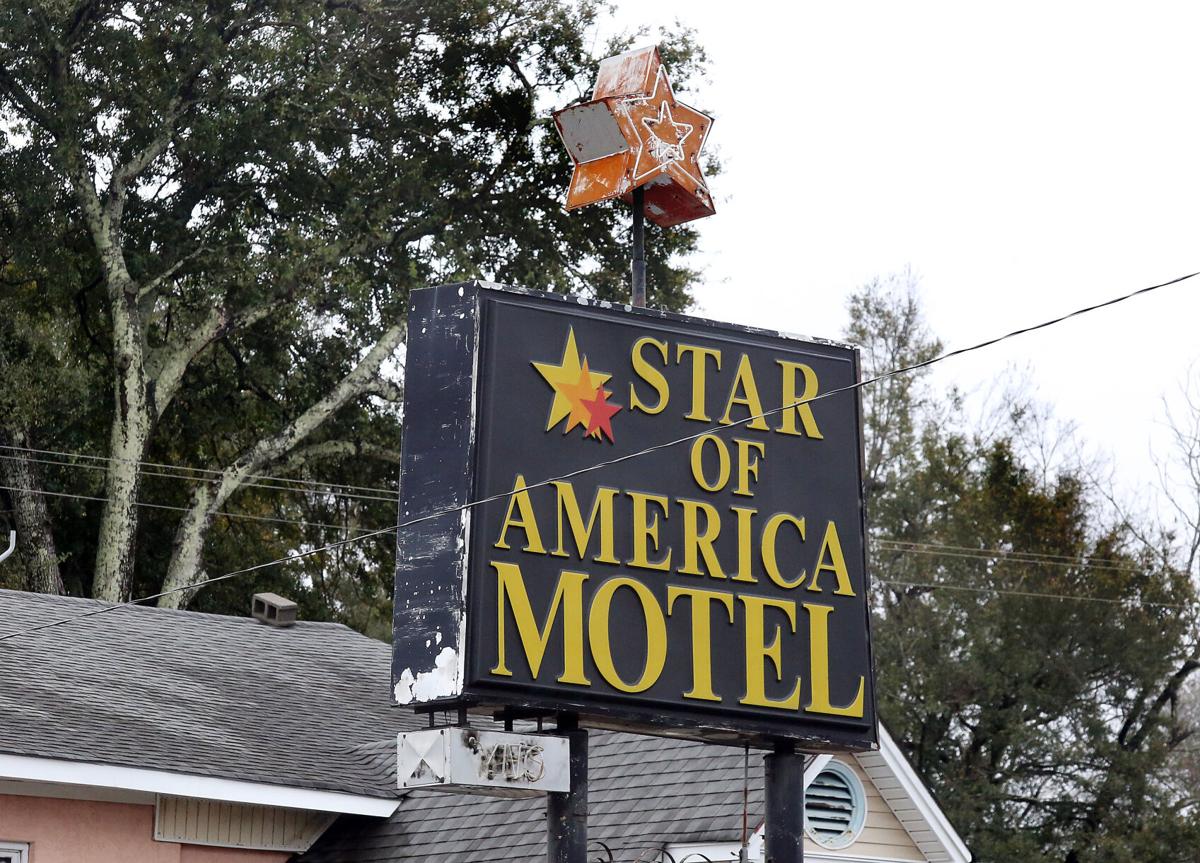 The former Host of America Motel on Rivers Avenue, more recently called the Star of America Motel, is being revitalized and reimagined and will open in fall 2022 as the Starlight Motor Inn. File/Brad Nettles/Staff 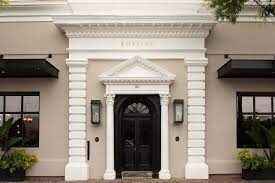 The "worldly travels" of the Emeline's namesake "muse" will inspire art displays at the Church Street hotel. Provided.

A historic mid-century motel is getting ready to open its doors to travelers again in North Charleston.

The Starlight Motor Inn — a reimagined lodging at the site of the Host of America Motel on Rivers Avenue — is now advertising a fall 2022 debut.

The soon-to-open property will blend "vintage style" and "contemporary conveniences" like contactless check-in with affordable rates to provide what it's calling a "New Southern style of hospitality."

It will feature 51 guest rooms and a collection of restored two-bedroom cottages, the "Starlight Village."

Ham Morrison and Walker Lamond are partners in the project, and Charleston vacation home rental firm Stay Duvet will manage it.

Morrison told The Post and Courier last year that he wanted to "restore the motel to its former glory."

Like the original motel at the property, it will feature a restaurant, a cocktail lounge and a pool.

Also previously known as the Star of America Motel, the site was added to the National Register of Historic Places in 2020. In a nomination form for its addition to the register, the motel is described as "one of the few surviving motels representative of North Charleston’s mid-century commercial development." The "character-defining" elements called out in the nomination include decorative concrete block screen walls, a check-in carport and aluminum storefront windows.

Built in 1961, the two-story motel was a prefabricated "instant motel" made of furnished units manufactured in Georgia. That method of construction earned it a description as "one of the most unusual hostelries in the United States" in a write-up about its grand opening in the Evening Post.

Previously, the Rivers Avenue site had housed a popular used car lot, but owner Robert W. Rogers was encouraged to open a modern motel on the property and take advantage of growing traffic generated by the nearby Charleston Naval Base and Shipyard, the National Register nomination says.

The nation was experiencing a motel boom at the time, and the Host of America's popularity peaked in its first decade. The lodging changed its name after Hurricane Hugo in 1989, according to its nomination, and it was shut down in 2007 due to fire and building code violations.

More details about the Starlight Motor Inn's opening will be shared in the coming months on its website and Instagram.

Downtown hotel Emeline is rolling out a new artist residency program with the first big display later this month.

Savannah-based artist Stephanie Forbes will bring her “Divine Armor” collection to the property near the historic City Market.

Inspired by armor donned by Roman soldiers during the 3rd and 4th century and made using hand-collected oysters from the Lowcountry, Forbes' art collection will be available to view from July 30 to Aug. 30. Future art installations will be inspired by the "worldly travels" of the hotel's imagined namesake "muse."

The Church Street hotel, which opened in mid-2020 in a renovated structure that previously operated under the DoubleTree flag, won't be the first in the city's tourist district to roll out a new artist residency program this year.

In May, the nearby Charleston Place held its own artists-in-residence programming. Four female artists had weeklong residencies which included workshops, portrait sessions and time for guests to observe artists working on new pieces in an "arthouse" set up in the hotel's grand lobby.