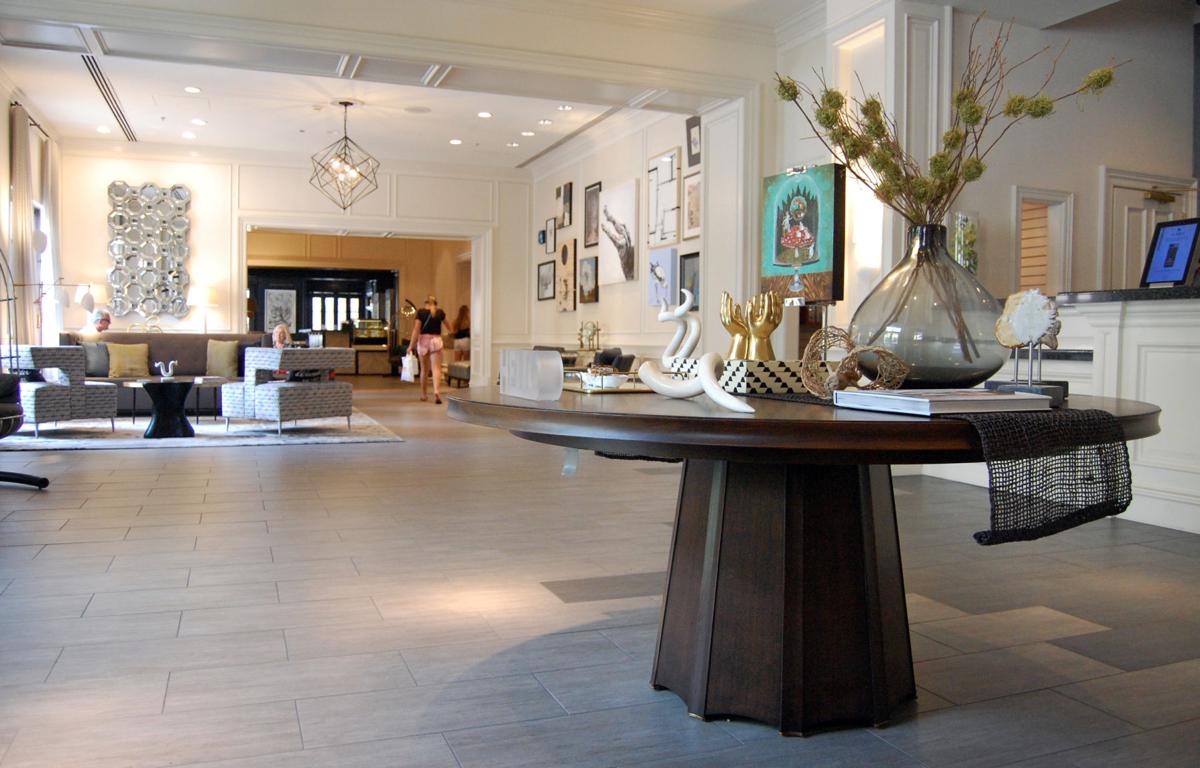 Discovery is the theme in the lobby of the recently renovated Renaissance Charleston Historic District Hotel. Dave Munday/Staff 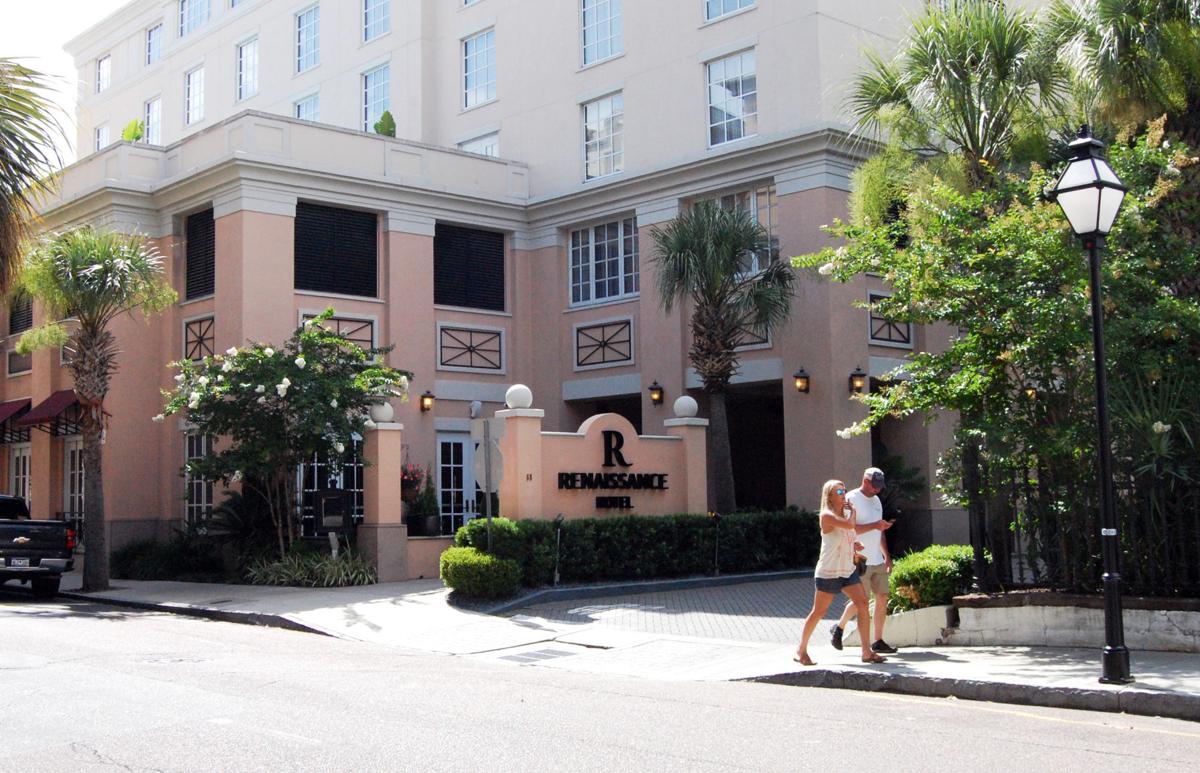 The Renaissance Charleston, a Marriott brand, is across Wentworth Street from The Restoration, which was renovated and expanded in 2015. Dave Munday/Staff 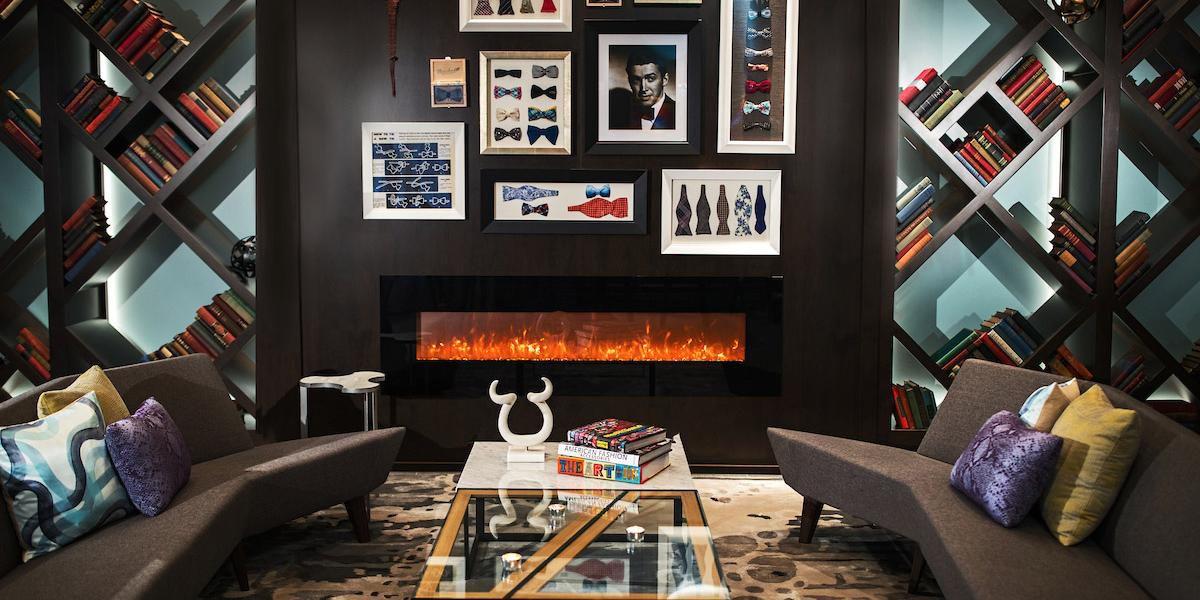 A collection of bow ties is on display in the library of the recently renovated Renaissance Charleston. Provided/Isaac Maiselman 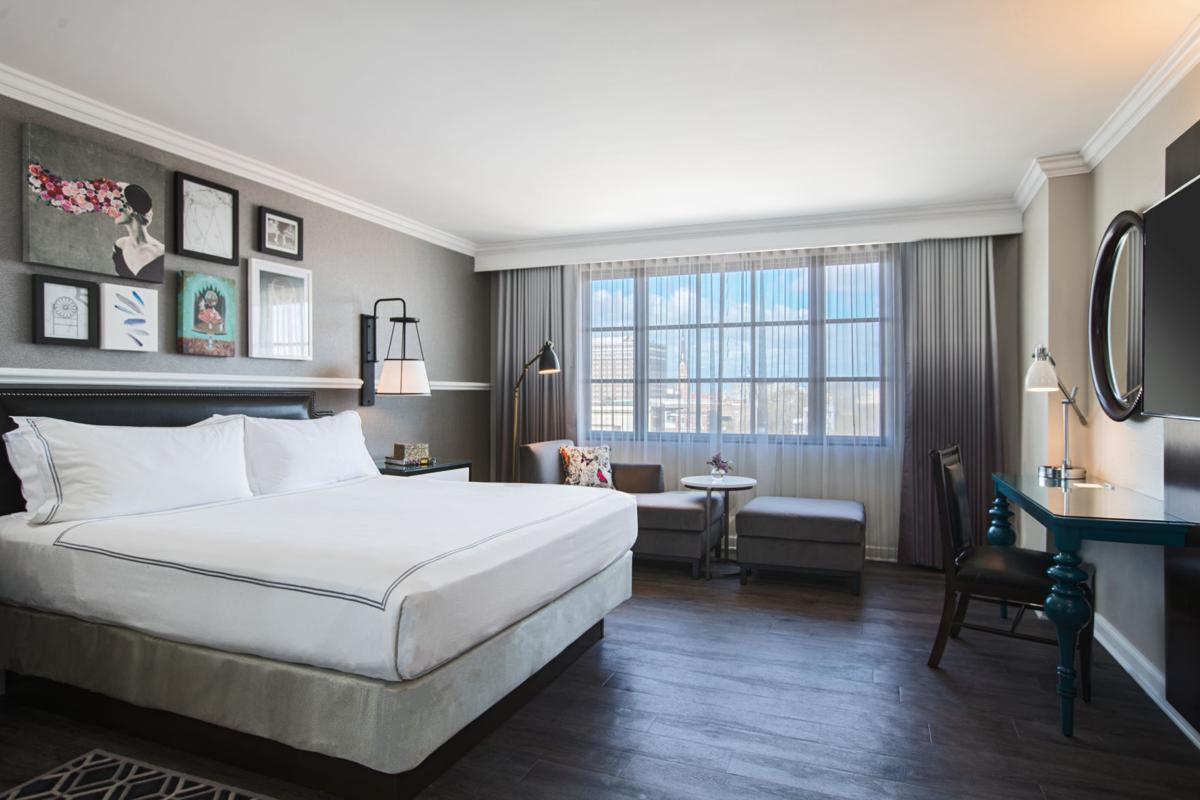 The executive king room at the Charleston Renaissance. Provided/Isaac Maiselman

Discovery is the theme in the lobby of the recently renovated Renaissance Charleston Historic District Hotel. Dave Munday/Staff

The Renaissance Charleston, a Marriott brand, is across Wentworth Street from The Restoration, which was renovated and expanded in 2015. Dave Munday/Staff

A collection of bow ties is on display in the library of the recently renovated Renaissance Charleston. Provided/Isaac Maiselman

The executive king room at the Charleston Renaissance. Provided/Isaac Maiselman

The staff of the recently renovated Renaissance Charleston Historic District Hotel call themselves Navigators and their guests Discoverers.

A pair of upturned brass hands on a table beckons those who approach the reception desk. Rabbits scurry over a mushroom like something out of Alice in Wonderland. The painting, by Elizabeth Foster, can also be seen in each guest room.

More fantastical paintings from the Mitchell Hill Gallery adorn the walls of the lobby.

The transformation of the Renaissance, a Marriott brand, moves it into the the boutique art hotel category, along with the recently renovated Restoration and Vendue and recently opened Grand Bohemian.

The P3 Design Collective of McLean, Va., carried out the vision at the Renaissance, around the theme of discovery.

Outside the guest rooms, low-lit hallways with Magnolia flowers on the carpet signify a moonlit stroll through Charleston. Lion head knockers are engraved on bronze plaques outside the doors.

The ceiling inside the doorways are light blue, inspired by the old haint blue porches that kept away spirits.

The pool outside the exercise room on the third floor has been changed from chlorine to saltwater.

Back downstairs, a library off the lobby features a collection of bow ties.

The new 1Kept restaurant opened the first of June. It’s owned and operated by Chris Adams and Thaddeus Keefe of the Ellis Adams Group. Old typewriters sit on shelves. The menus look like they were typed on one of them.

The 166-room Renaissance opened at 68 Wentworth St. in 2001. It was the hotel that prompted the 50-room limit south of Calhoun (later changed to south of the Crosstown). The parking garage across the street was part of the project.

The Renaissance is one of several downtown hotels that have recently completed or are planning major renovations.

Belmond Charleston Place, which spurred the renovation of downtown Charleston when it opened in 1986 on Meeting Street near the Market, wrapped up an overhaul of its 434 guest rooms in late 2015, a two-year project that cost about $34 million.

Diamondrock Hospitality of Maryland, which owns the Renaissance, declined to respond when asked how much it spent on this renovation.

The owners of the 212-room DoubleTree Inn at North Market and Church streets are planning a major renovation but have not announced details. Rockbridge, based in Columbus, Ohio, bought the property from Hank Holliday, who owns the Planter's Inn, in 2015.

Holliday also recently renovated the most expensive rooms at the Planter's Inn, moving them more upscale.

The state's hotel revenue was up double digits in April compared to a year earlier, according to the latest report from the S.C. Department of Parks, Recreation and Tourism.

The numbers "indicate growth in the industry," according to the monthly report. The snapshot didn't break down the numbers by city.

Looking ahead, the report predicts occupancy gains throughout the summer. Occupancy should be 77.3 percent in July, up 0.5 percent from the same month last year; 69.9 percent in August, up 1.6 percent; and 65.6 percent in September, up 0.7 percent.

State parks reported revenue of $3,120,545. That's up 4.49 percent for the month and down 3.4 percent for the year compared to 2016 figures. Closures of the campgrounds at Edisto Beach and Hunting Island hurt revenue, according to the report.

Those two campgrounds have been closed since Hurricane Matthew last October. Officials hope to resume camping at Hunting Island by late July and at Edisto Beach by September.