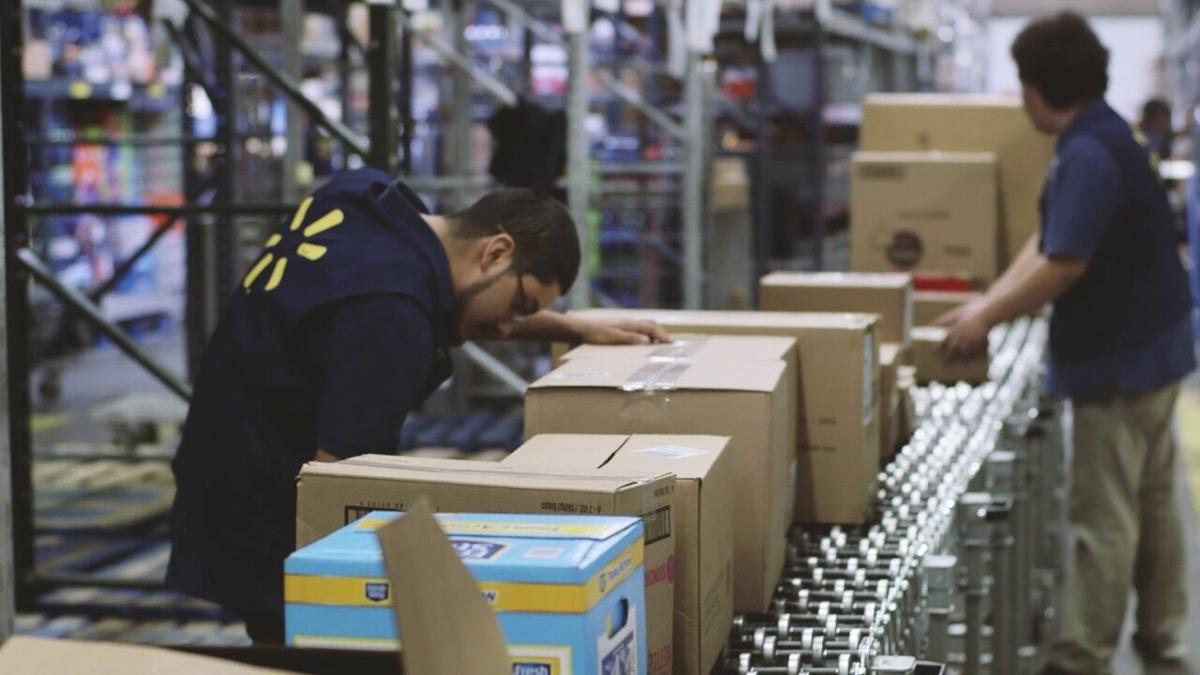 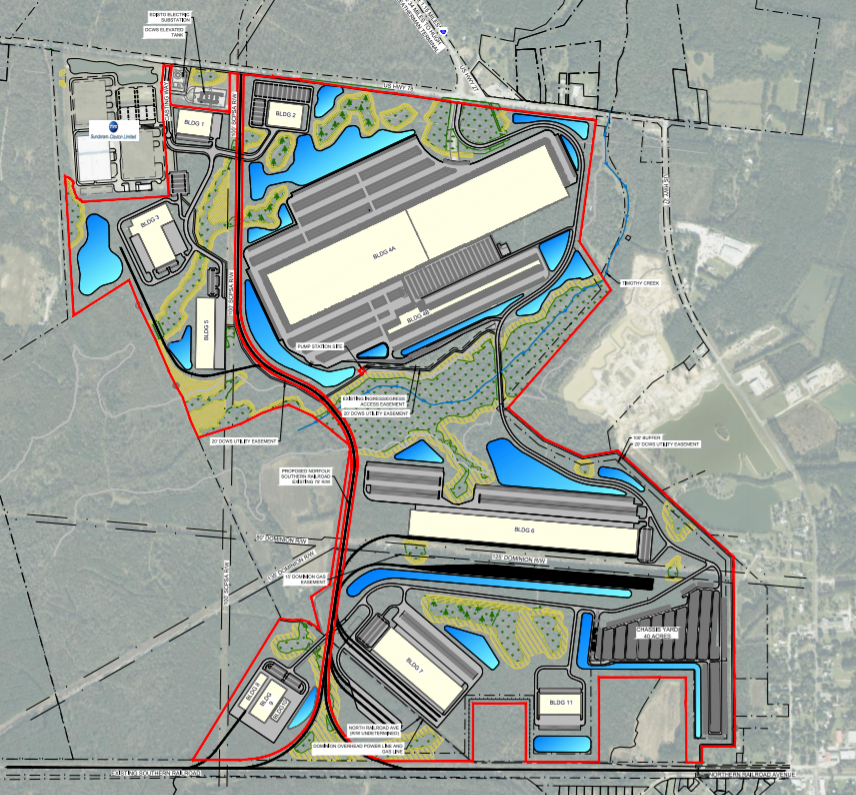 Walmart will occupy buildings 4A and 4B at the Ridgeville Commerce Park, located on S.C. 27 at its intersection with Interstate 26 at Exit 187 near Ridgeville. State Ports Authority/Provided

Retail giant Walmart will build a massive import distribution center near Ridgeville, giving the State Ports Authority an anchor tenant for an industrial park aimed at diversifying cargo shipments through the Port of Charleston.

At 3 million square feet, the huge logistics site will be Walmart's third-largest in the country, trailing warehouse hubs in Texas and Illinois.

Groundbreaking on the $220 million project will take place in March and the facility will be in operation by April 2022. At buildout, it will employ 1,000 full-time workers and boost the port's cargo volume by 70,000 containers a year.

"At a time when job creation is so vital, and — more than ever — our customers are relying on Walmart for the essentials they need during this unprecedented time, we are excited about the impact this new facility will have on the regional economy and how it will help us better serve customers across the Southeast," Greg Smith, executive vice president of the supply chain for Walmart, said in a statement.

It's a major step in the SPA's goal of diversifying its cargo base, which has been largely dependent on manufacturing shipments over the past decade.

"The distribution center announcement is tremendous news for the area, and the South Carolina Ports Authority, representing a major strategic success and putting South Carolina on the map for large retail companies," said Jim Newsome, the authority's president and CEO.

Newsome said Walmart "represents the cutting edge in terms of supply chain innovation," adding the two sides have been negotiating since 2017 and the authority's purchase of the Ridgeville property along Interstate 26 helped swing the deal.

The maritime agency bought the 950-acre Ridgeville Commerce Park, which is roughly 30 miles from the Port of Charleston's shipping terminals, for $16.2 million in 2018. The Walmart distribution center will sit on 250 acres and will include two buildings, 2,200 spaces for trucks and 500 loading docks. It will support roughly 850 stores in a 150-mile radius and will also fulfill e-commerce orders. For comparison, the distribution center will be the size of 52 football fields or more than eight times the size of Boeing Co.'s towering paint hangar along International Boulevard in North Charleston.

Walmart will receive property tax breaks from Dorchester County Council, which gave final approval to the deal during a special meeting Monday.

The S.C. Coordinating Council for Economic Development is providing tax credits to Walmart based on the number of jobs it creates and a $5 million grant to the county to help pay for public infrastructure for the project.

The SPA's board is expected to approve transferring the 250 acres of industrial park property to the retailer.

Walmart spokesman Casey Staheli said average wages for distribution center workers won't be finalized until "we get closer to finishing up the building and start structuring the management team."

The import distribution center will be Walmart's 11th in seven states, most of them located close to major seaports, according to logistics consulting firm MWPVL. They take in containers of retail goods made in Asia and then redistributes them to regional warehouses that move the merchandise to individual stores.

Bentonville, Ark.-based Walmart is by far the nation's largest importer, according to the Journal of Commerce, bringing nearly 450,000 cargo containers of goods through U.S. ports each year.

By comparison, No. 2 Target imports roughly 300,000 containers per year. Walmart does not specify the percentage of its goods that are imported, but said 85 percent of overseas merchandise is processed through its import distribution centers.

Newsome has said the agency hopes to lure more retail-based importers to the industrial park as well as warehouses that will use the site's Norfolk Southern rail service to transport agricultural and forestry products as well as plastic pellets for export.

Plans filed with the Army Corps of Engineers show 5.5 million square feet of space in a dozen warehouses on the tract as well as a 40-acre site to store the trailers that truckers need to haul containers.

The ports authority’s board last month approved spending $1 million on site work for the project, which is expected to see its first tenants during the first half of 2021.

Walmart has 10 supercenter stores in the Charleston area as well as five Neighborhood Market locations and a Sam's Club store.

In addition to the planned distribution center, Walmart currently operates a 550,000-square-foot import distribution hub for its Sam's Club stores on Charleston Regional Parkway in Charleston and ships some goods through a transload warehouse operated by TradePort at the SPA's Wando Welch Terminal in Mount Pleasant.

"Walmart is the recognized leader in supply chain innovation and performance," Newsome said. "Having this world-class company choose our market for their distribution center is the ultimate vote of confidence in South Carolina Ports and in South Carolina."