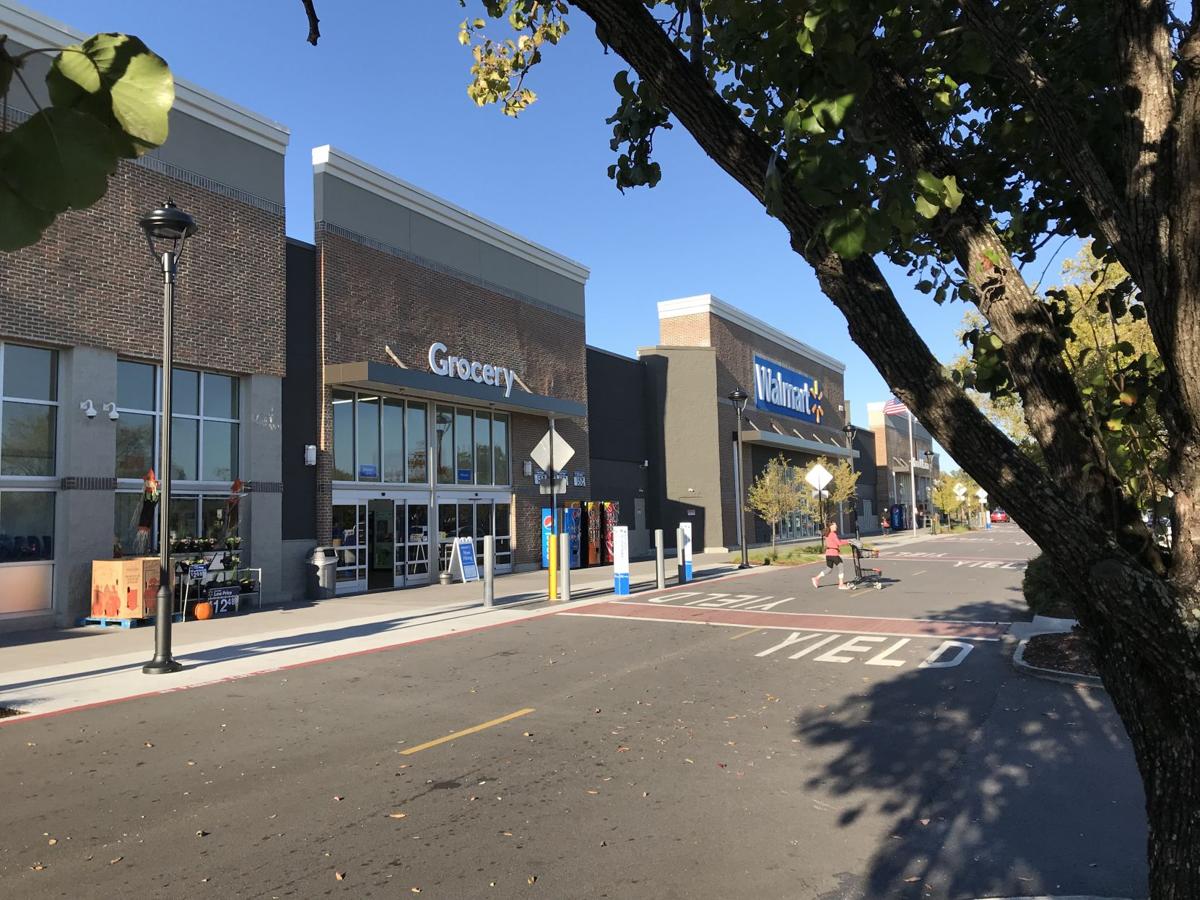 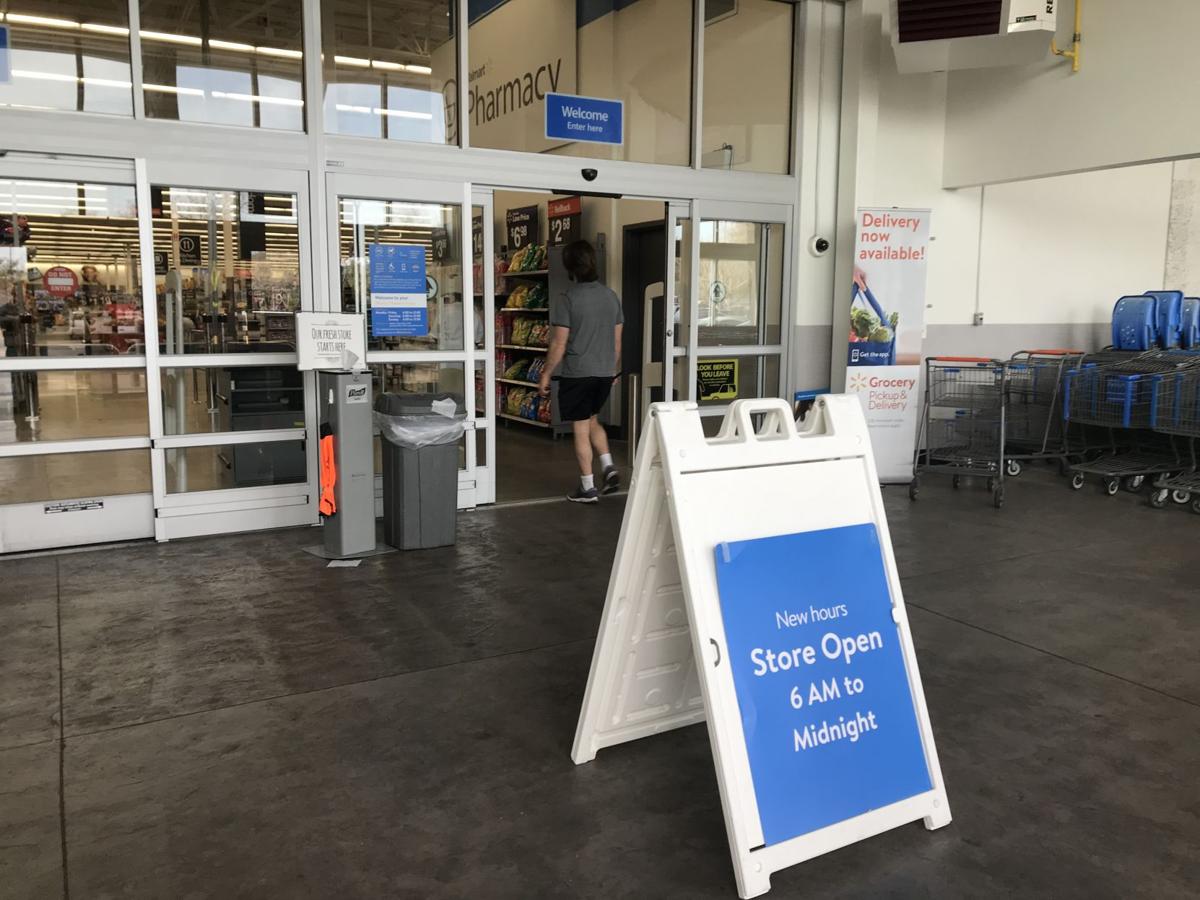 Walmart in Wando Crossing Shopping Center in Mount Pleasant is one of two of the giant retailer's supercenters in the Charleston area that is longer open 24 hours. Warren L. Wise/Staff 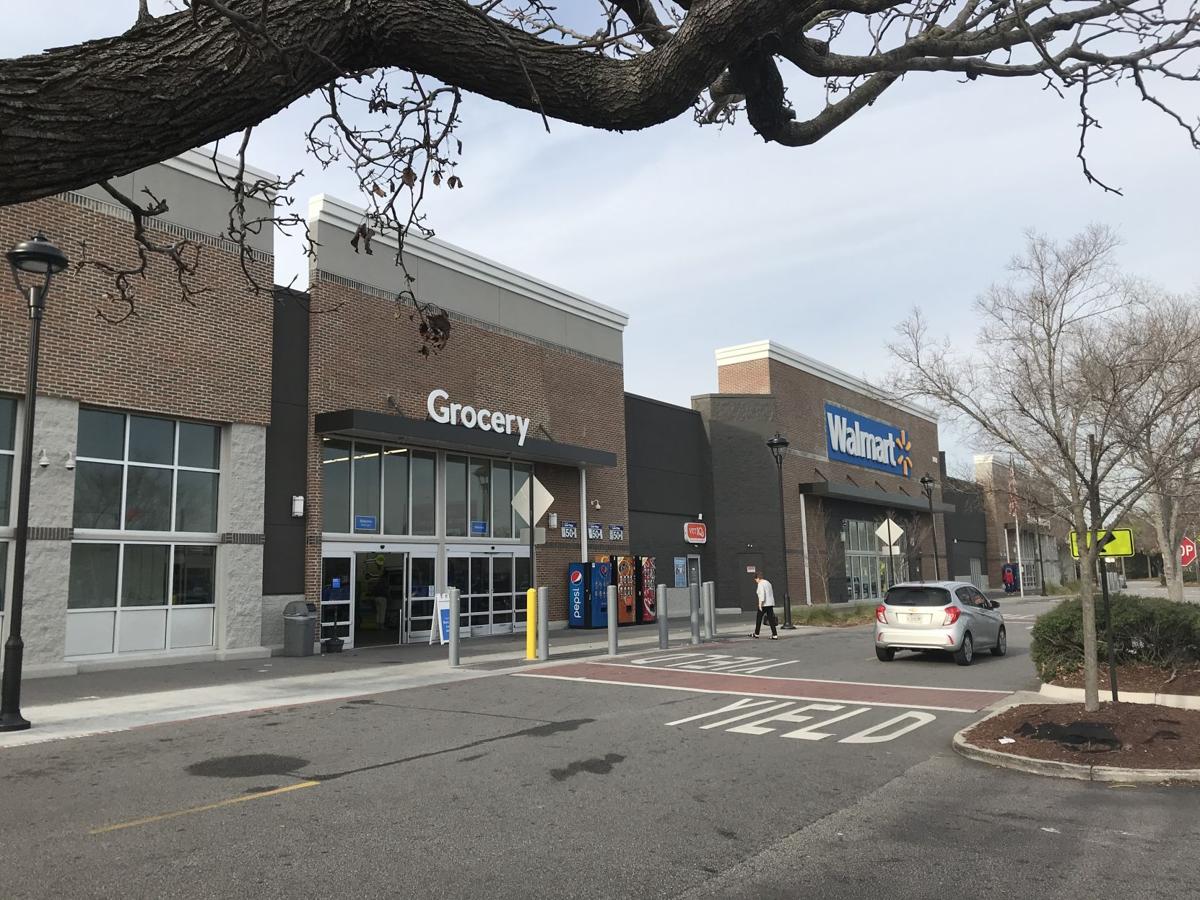 Walmart in Wando Crossing Shopping Center in Mount Pleasant is one of two of the giant retailer's supercenter stores in the Charleston area that no longer offer around-the-clock hours. Warren L. Wise/Staff 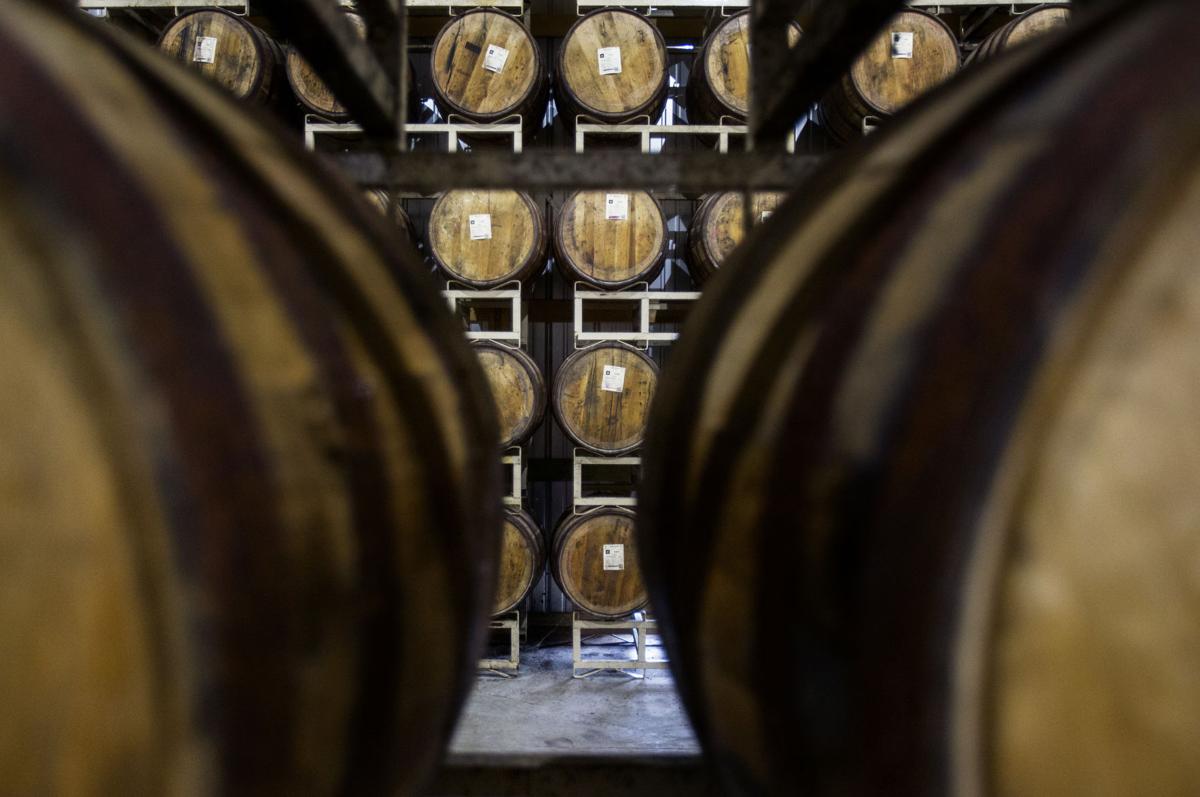 Barrels of bourbon whiskey are stored in a warehouse during the aging process at Firefly's new distillery in North Charleston. It opens to the public Saturday. File/Gavin McIntyre/Staff 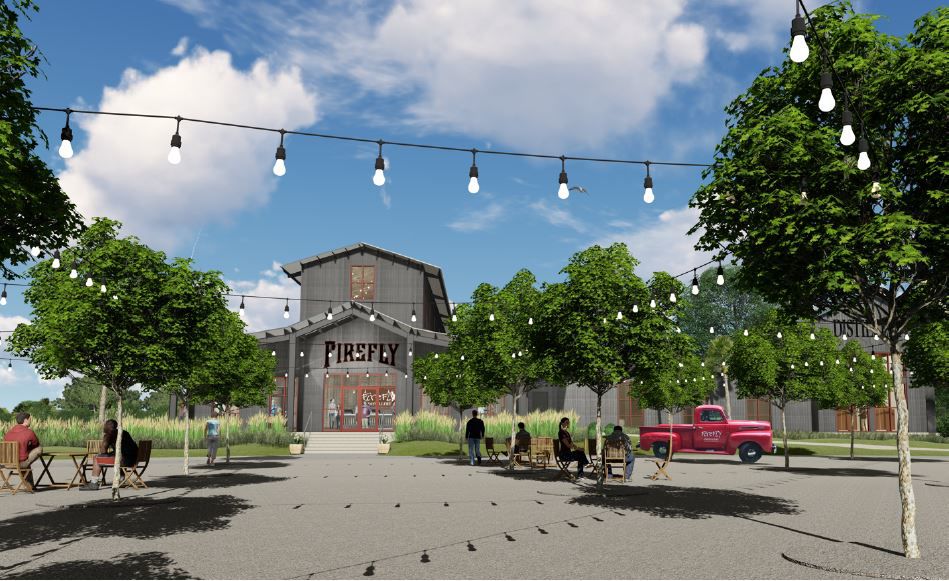 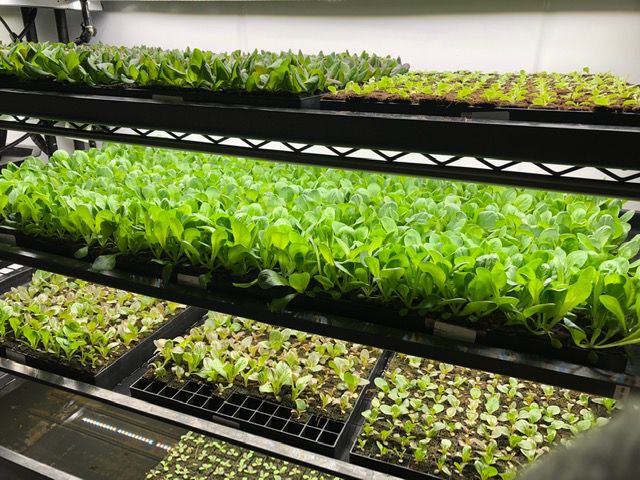 A Charleston-based hydroponic farming operation is rolling out a mobile version and visiting select Publix supermarkets across the Southeast. Provided

The world's largest retailer and South Carolina's biggest private-sector employer is cutting out the graveyard shift at some locations as it tightens its belt to trim costs.

In the Charleston area, two of the 10 Walmart Supercenter stores are no longer open 24 hours.

The company shortened hours at the beginning of February at one of its two big-box stores in Mount Pleasant and one of its three stores in North Charleston.

The retailer said the adjustments were made to focus on better customer service.

"Based on a recent review of shopping patterns at our Mount Pleasant and North Charleston stores, we adjusted hours and reallocated resources to better serve our customers during peak shopping hours," Walmart spokeswoman Tara Aston said in a statement.

Last year, the big-box retailer said it planned to ditch the overnight shift at about 300 stores, most of them lower-volume locations.

Other factors possibly affecting the move to shorter hours include higher pay for company employees, which affects the company's bottom line, and the move to shoppers using pickup service, which requires employees to fill orders and have them ready during peak shopping hours.

Aston did not address the effect on employees working overnight shifts. They are not expected to lose their jobs but be offered work at other hours or other locations.

The eight other Walmart Supercenters throughout the Charleston region continue to operate around the clock, according to the company's website.

Three of the five smaller-format Walmart Neighborhood Market stores in the Charleston area had already moved to shortened hours. They include shops on Central Avenue and Dorchester Road in Summerville and on St. James Avenue in Goose Creek. Stores on Red Bank Road in Goose Creek and Ladson Road in Ladson are open 24 hours, according to the retailer's website.

Firefly Distillery will open its new North Charleston liquor-making operation Saturday, and it's already making plans for its grand opening celebration later in the spring.

Previously announced tastings and liquor sales will not be offered because of a delay in transferring the alcoholic beverage license to the new location, Firefly co-founder Scott Newitt said late Friday.

The new 25,000-square-foot distillery will be open for free tours with live music from One Kool Blow at 1 p.m. and food from Braised in the South from noon-4 p.m. Non-alcoholic beverages will be available, and the gift shop will be open.

The opening date for the tasting room will be announced once the alcohol license is granted.

“We’re honoring our roots and infusing the new distillery experience with the laid back vibe and natural beauty that visitors have come to expect and love," Newitt said.

A free grand opening celebration is set for 11 a.m.-7 p.m. May 2. The event will feature a live music lineup, headlined by The High Divers with appearances by Haley Mae Campbell and Hans Wenzel.

The May 2 family- and dog-friendly event also will feature food trucks, a beer garden and a Bloody Mary bar. The first 500 people will receive Firefly swag, and raffles will be held throughout the day for Firefly Spirits prize packs.

For more information, go to www.fireflydistillery.com.

Valentine's Day spending to soar 32% to a record $27.4 billion this year

Panera Bread plans to expand its reach across the Charleston region to East Cooper.

The Missouri-based chain plans to open a new restaurant by late summer on Muhlenbergia Drive off U.S. Highway 17 near Sweetgrass Hardware in northern Mount Pleasant, according to spokeswoman Danielle Covelli.

The chain has six other restaurants in the Charleston region.

A name that might be familiar to Mount Pleasant diners is returning to the town.

Bull & Finch Pub LLC has applied for a license to sell beer, wine and liquor at 1710 Shoremeade Road in Publix's GreenWise Market-anchored Indigo Square Shopping Center on U.S. Highway 17. An opening date has not been announced.

A restaurant and bar by that same name once occupied the site in Mount Pleasant Towne Center where Italian diner Savi Cucina + Wine Bar opened in November across from Regal Palmetto Grande.

A new overstock retailer will hold its grand opening Friday in Mount Pleasant.

Low Tide Liquidation at 1113 Bowman Road will officially launch with a ribbon-cutting ceremony at 1 p.m.

The 2,700-square-foot shop, which opened last month, carries home goods, kitchen fixtures, lighting and other items, all of which will be marked down an extra 10 percent as part of the grand opening, according to owner Sam Ratner.

Hours are 10 a.m.-6 p.m. Monday through Saturday, with abbreviated hours on Sunday.

A Charleston-based hydroponic farming operation is hitting the road with a mobile facility.

Vertical Roots, said to be the largest hydroponic container farming operation in the nation, will bring its mobile hydroponic farm, the Lettuce LOCALmotive, to Publix stores across the Southeast, starting this month.

The mobile facility will be at the supermarket at 162 Seven Farms Drive on Daniel Island 10 a.m.-4 p.m. Saturday.

"Our mission at Vertical Roots is to revolutionize the ways communities grow, distribute and consume food; so, we’re hitting the road to share all the benefits of hydroponic farming, from sustainability to the tasty, fresh greens we produce," said Andrew Hare, general manager.

The Lettuce LOCALmotive is a scaled-down, mobile version of an actual Vertical Roots hydroponic container farm. When visitors step inside, they will experience all the nuances of a hydroponic farm operation, where Vertical Roots farmers will provide "seed to salad" education on the hydroponic lettuce growth process, including technology, propagation and harvest.

Hydroponic farms don't use soil, and instead use water and nutrients to grow produce. Vertical Roots lettuce is grown in a blend of all-natural coconut fiber, which is chemical- and pesticide residue-free.

Vertical Roots farm pods are made from refurbished shipping containers and can be placed on any surface. The lettuce is grown 365 days a year. Each farm pod can produce 3,400 plants per harvest and is harvested 15-16 times a year.