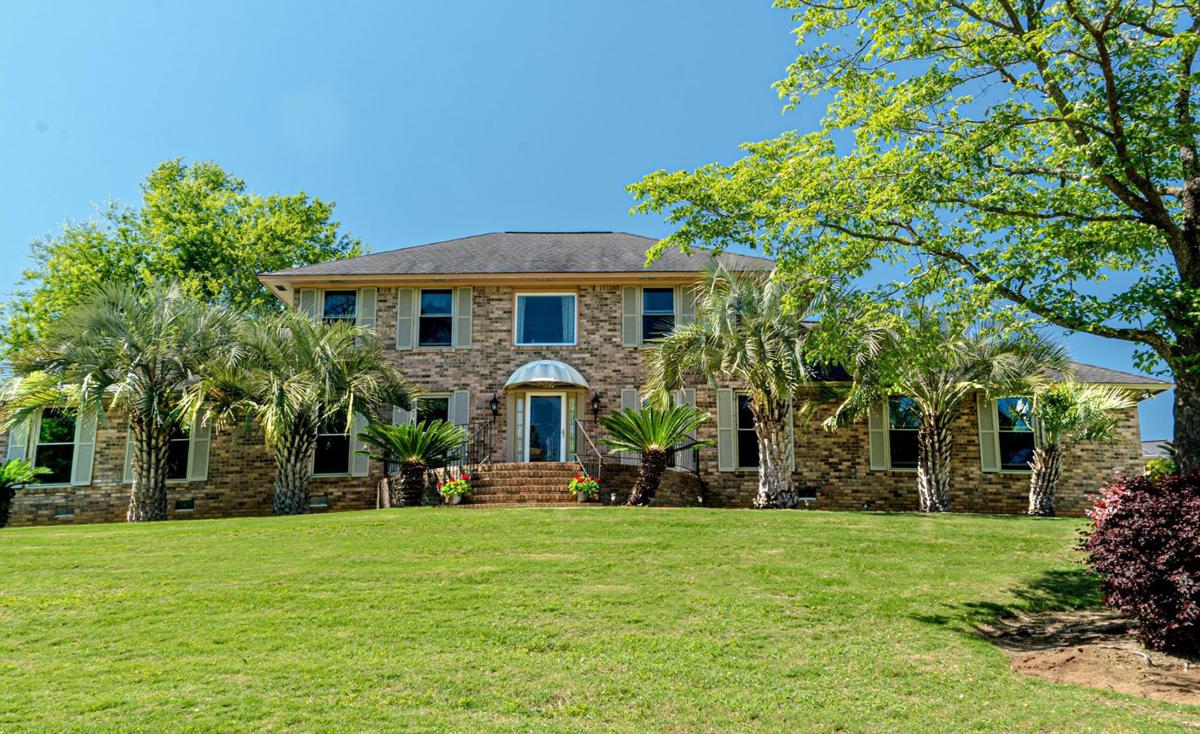 Beth Gregg's Santee home was once the residence of Lucien Laurin, the trainer to horse racing legend Secretariat. Beth Gregg/provided 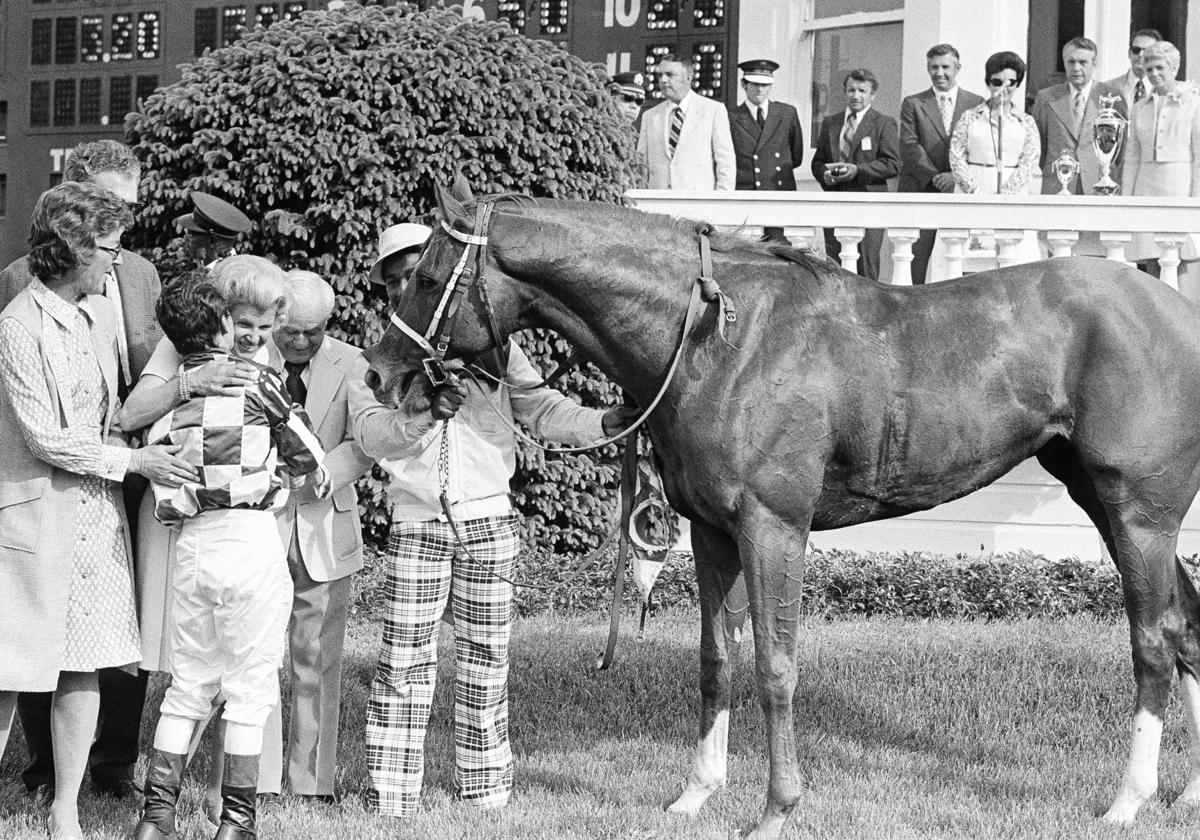 Penny Chenery, owner of Secretariat, hugs jockey Ron Turcotte in the Winner's Circle at Churchill Downs in Louisville, Kentucky, after Turcotte rode Secretariat to a record win in the 99th Kentucky Derby in 1973. Lucien Laurin, Secretariat's trainer (behind Chenery), and Eddie Sweat, groom (behind Secretariat), share the happy moment. File/AP 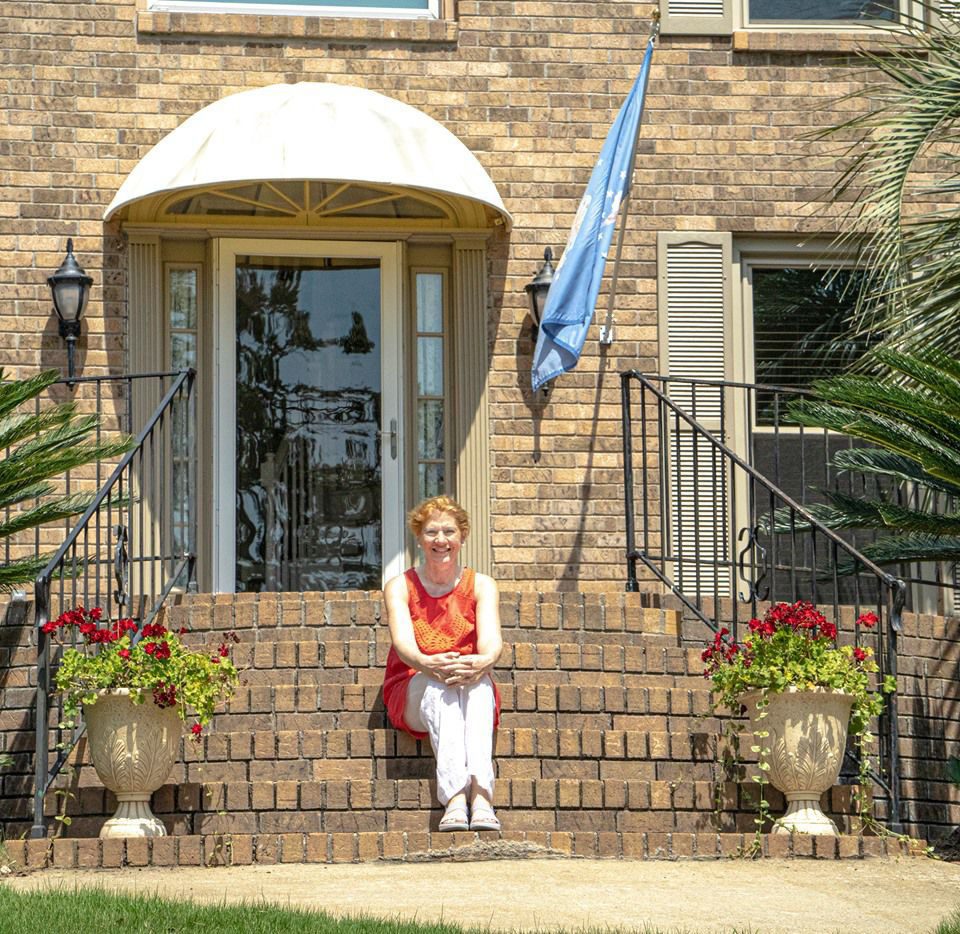 Beth Gregg sits outside her Santee home that was once the residence of Lucien Laurin, the trainer of horse-racing legend Secretariat. Provided/Beth Gregg 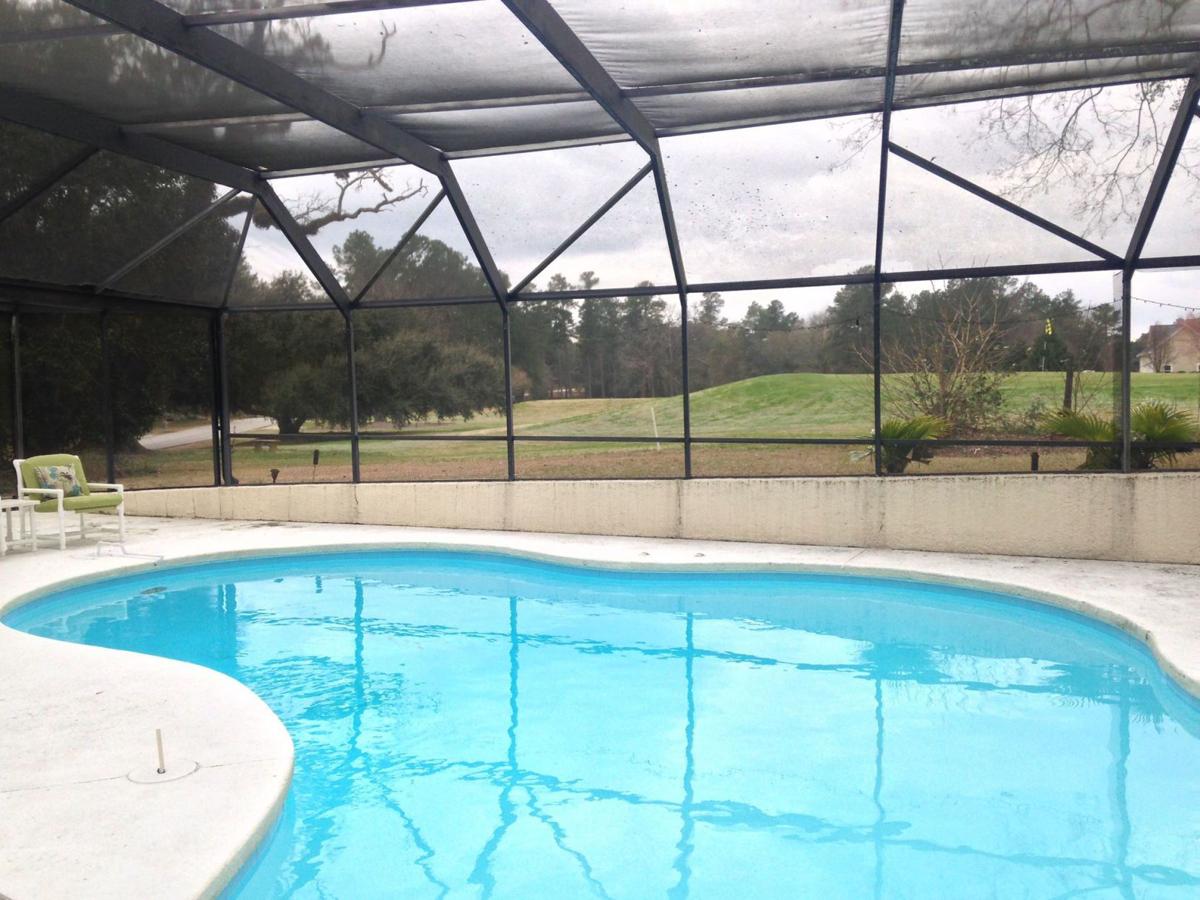 Beth Gregg's Santee home was once the residence of Lucien Laurin, the trainer to horse-racing legend Secretariat. Laurin had the pool put in during his time at the house. Provided/Beth Gregg

SANTEE — When Beth Gregg purchased her home, she didn't know that one of the greatest athletes of the 20th century may have slept outside of it at one point.

It has long been rumored that Secretariat, the famous Triple Crown-winning horse that ran the fastest ​1½ miles in thoroughbred racing history, would crash at the Santee estate during trips between various tracks. While that's not definite, it's a fact that "Big Red's" trainer, Lucien Laurin, lived at her home for eight years shortly after being inducted into the National Museum of Racing and Hall of Fame.

Gregg never planned on living in South Carolina, and she certainly didn't know who Laurin was. She had been searching for a home in Florida, but a trip to Santee to see the solar eclipse in the summer of 2017 was more illuminating than expected. She found her dream home, and nearly bought it on the spot. As she began moving in, her neighbors peppered her with factoids and musings about her new abode.

“The realtor told me a jockey had owned it,” Gregg said. “And said the bathtub in the master bedroom was really small because it was made for a jockey.”

But as she got to know the neighbors, and searched through old deed records, she found out one of the greatest trainers in horse racing history lived in the four-bedroom brick estate between 1979 and 1987. While Laurin didn't build the home, he did make several additions to it, including installing a swimming pool in the backyard that is still there today.

Since making a temporary home here, Laurin's legacy is now forever woven with the Palmetto State. Born in Quebec, Canada, in 1912, he started off as a jockey in '29. He then moved to New England where he began training horses. He began to make headlines when his 2-year-old Colt, Riva Ridge, won the Kentucky Derby and Belmont Stakes in 1972. But lightning struck again.

In that same year and stretching to 1973, Laurin trained Secretariat. Under his guidance, the horse became the first Triple Crown winner in 25 years and was named one of the greatest athletes of the 20th century by ESPN. The Canadian-born trainer died in Florida in 2000.

It made sense for him to live in Santee as it was practically equidistant from both his training center in nearby Holly Hill and the famous Elloree Training Center. His success at those centers had a ripple effect that propelled other South Carolinians to fame, too.

Eddie Sweat, one of nine children that helped his tenant farmer parents raise crops, was constantly looking through the fence line of the trainer's Holly Hill facility. One day, Laurin offered Sweat a job as a groomer.

In 2006, when a 1,500-pound statue of Secretariat was unveiled at the Kentucky Horse Park in Lexington, Sweat was sculpted as leading "Big Red" to the winner’s circle at the Kentucky Derby.

And exercise rider Charlie Davis, a Eutawville native, would get his start because of Laurin. Davis' cousin introduced the duo, and several years later he'd be riding Secretariat and Riva Ridge before every big race.

Post and Courier takes the reins of Steeplechase of Charleston

Frank Goree Smith, the owner of the nearby Ellore Training Center, said Laurin adopted the Palmetto region as his winter home. At his training facility in Holly Hill, he'd spend the dormant months making sure the thoroughbreds were ready come race day.

But he said the winning trainer's presence in South Carolina was never headline-worthy. When Laurin started his track in Holy Hill, it was just after the depression and the boll weevil had ransacked the state's economic strength. Horse racing and gambling weren't on the brain.

"I met him several times," Smith recalled. "They’d come down seasonally. He was a big impact in the horse racing world. But, also, many people didn't made a big deal about him because they didn’t know a damn thing about horse racing."

Gregg became enamored with these little pieces of history as she settled into her home. She purchased three pictures of Secretariat from the official horse's website and had them framed. She even cold-called Ron Turcotte, the man who rode Secretariat into racing fame and talked about the previous tenant.

She got involved with Secretariat Facebook groups. One time, a fan of Laurin's commented on a post to say she was visiting the Holly Hill training center. Gregg also extended an invitation to see where Secretariat's coach rested his head. Despite all she's come to love about the home, she has decided to move on. Gregg has put the Santee estate on the market in hopes of buying an RV and seeing the United States with her boyfriend.

"I love the history," Gregg said. "But it's the people that made this place special."

What's with the horse in George Washington's Charleston portrait? 'Just look at it.'