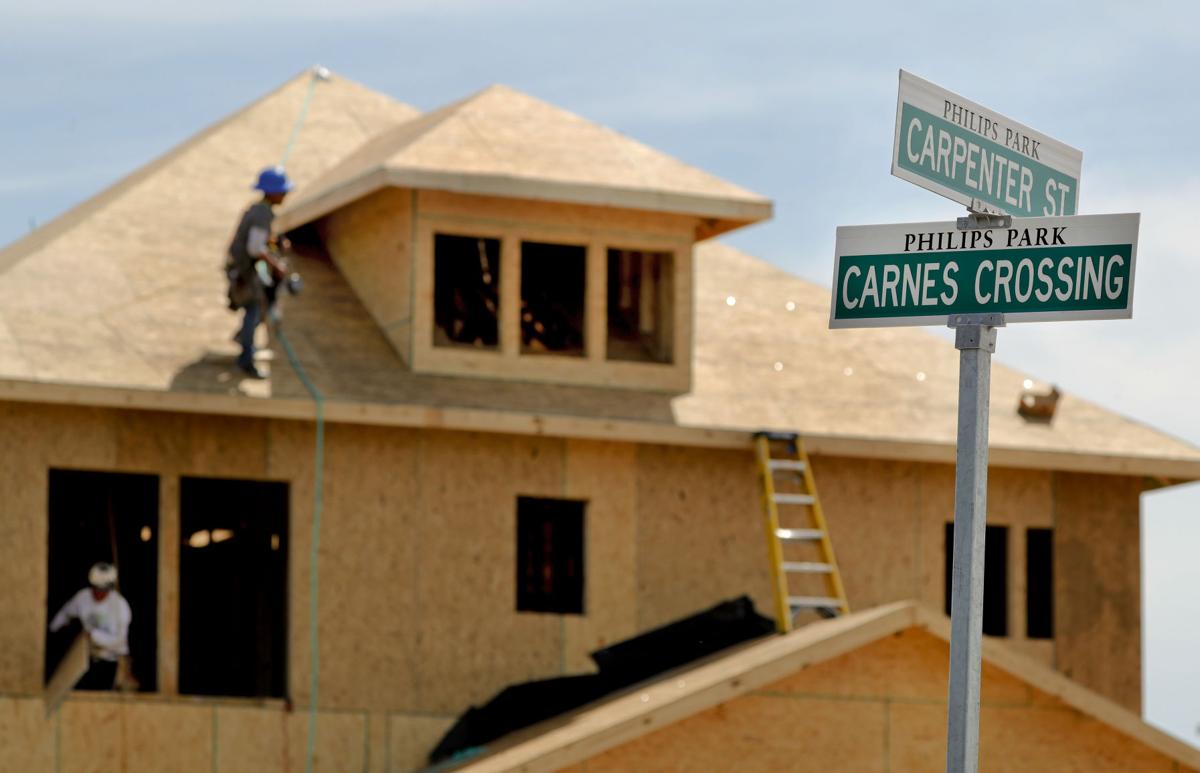 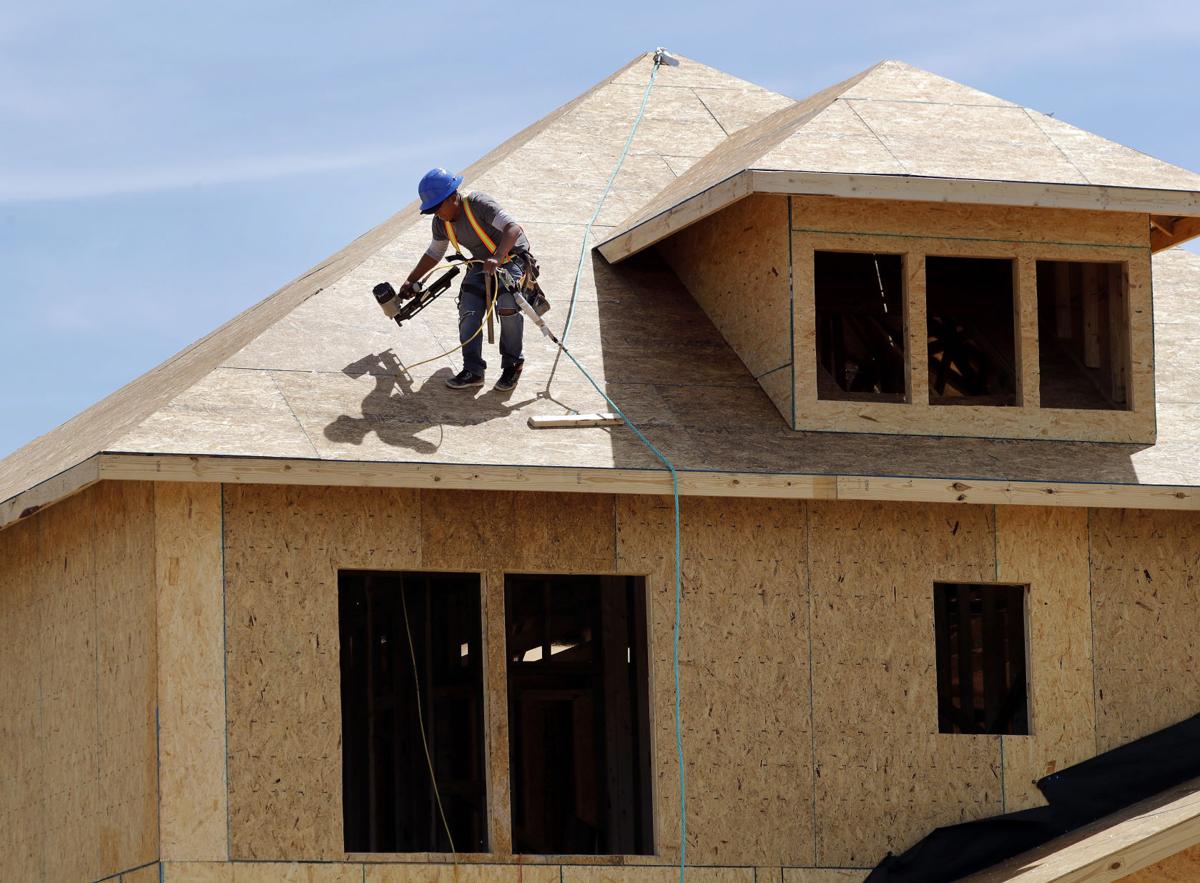 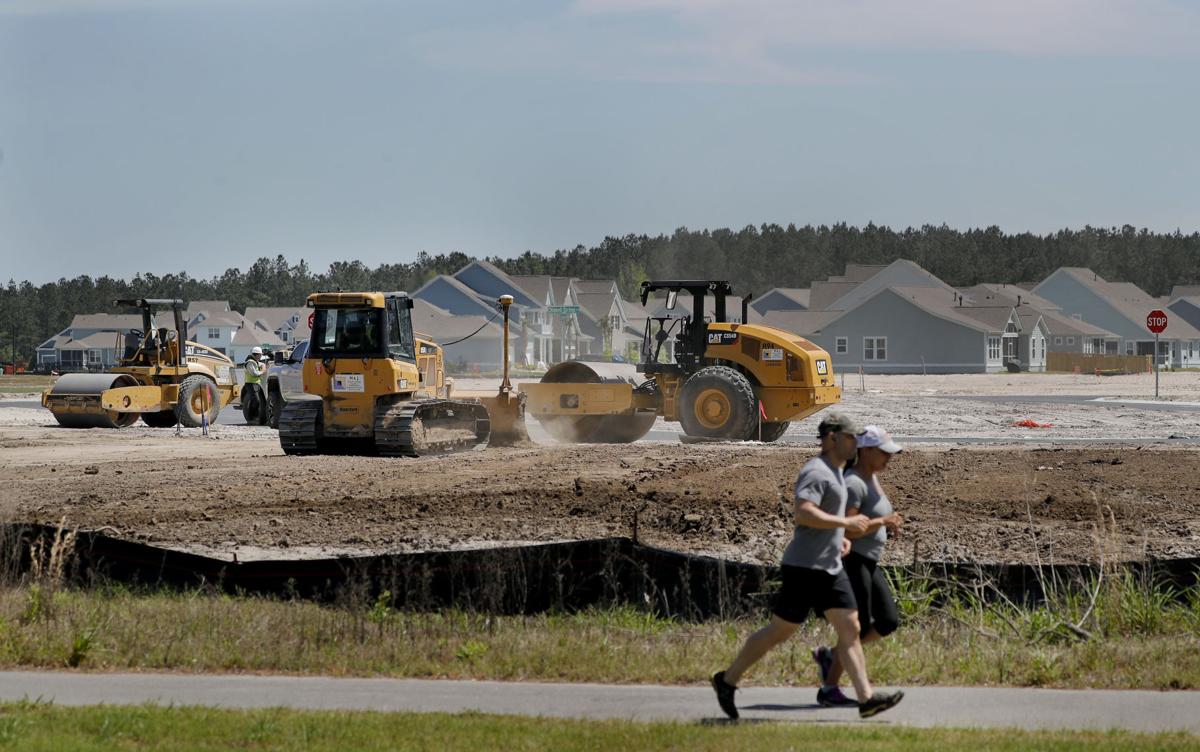 Land is cleared for new home construction in the Cane Bay neighborhood Friday, April 10, 2020, in Summerville. Three major developments are behind the rapid growth in Berkeley County. Grace Beahm Alford/Staff 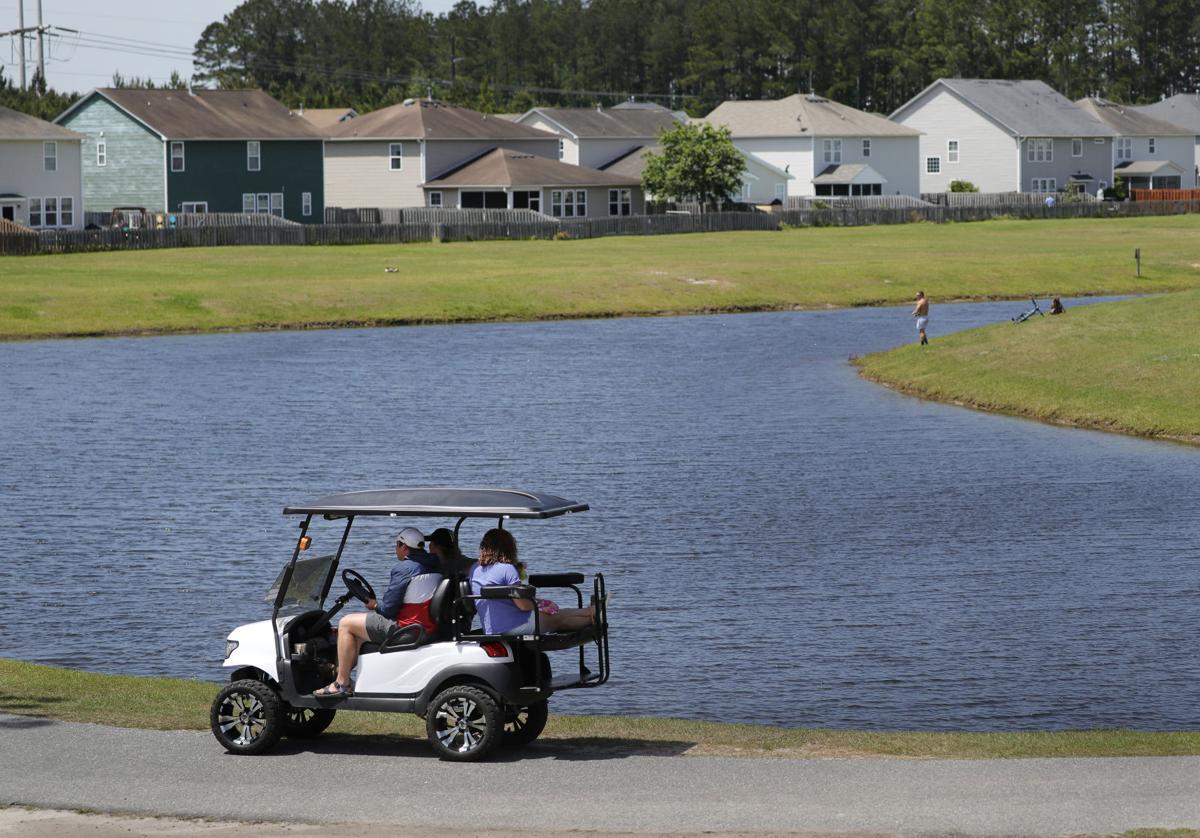 Residents use one of the extensive trails that connect the Cane Bay community Friday, April 10, 2020, in Summerville. Three major developments are behind the rapid growth in Berkeley County. Grace Beahm Alford/Staff 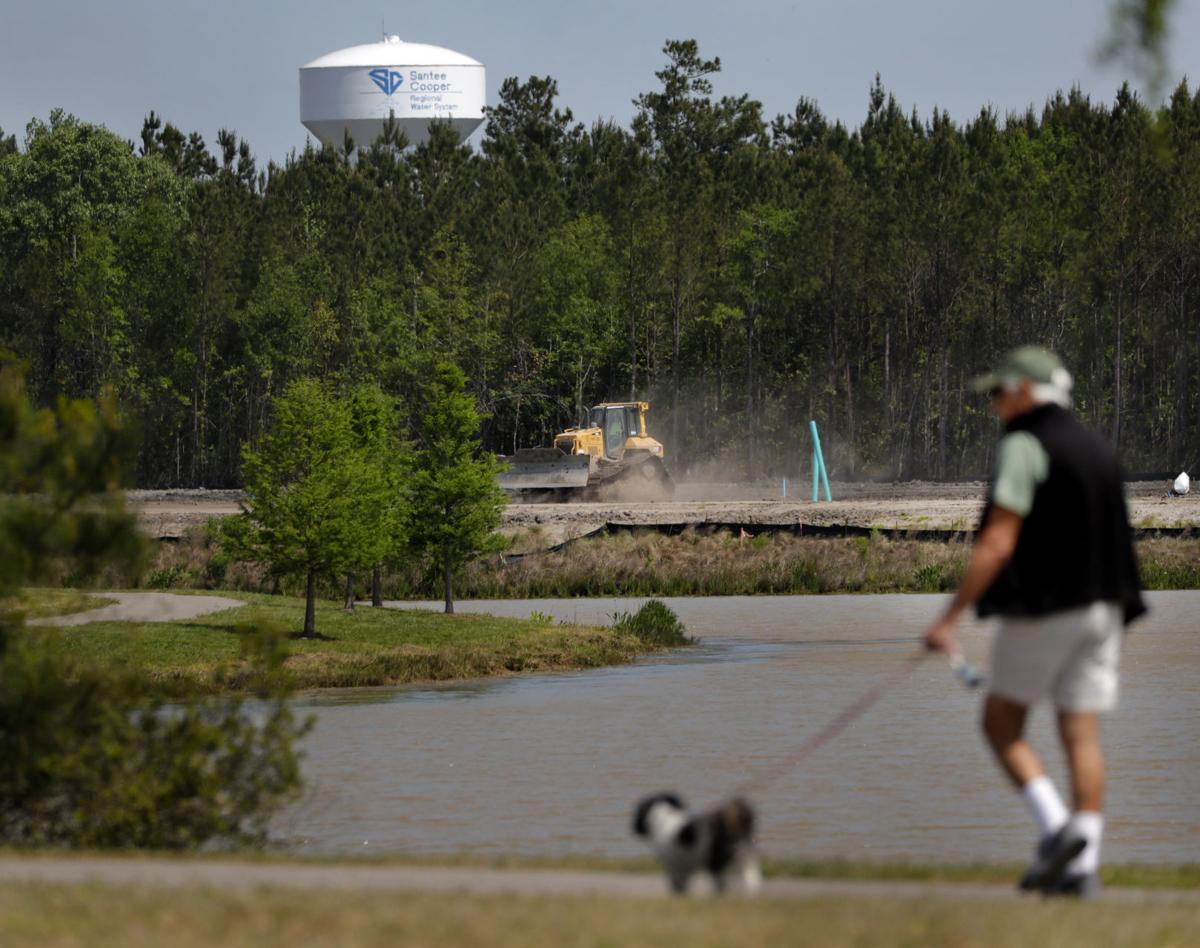 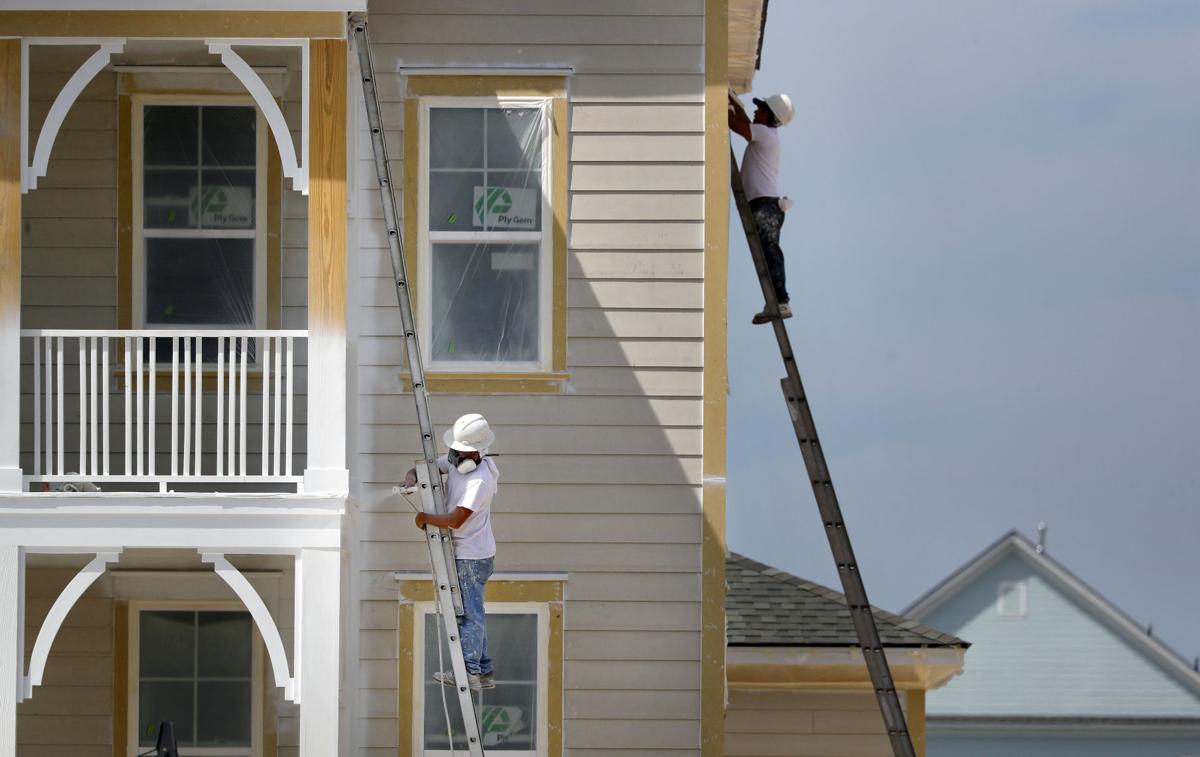 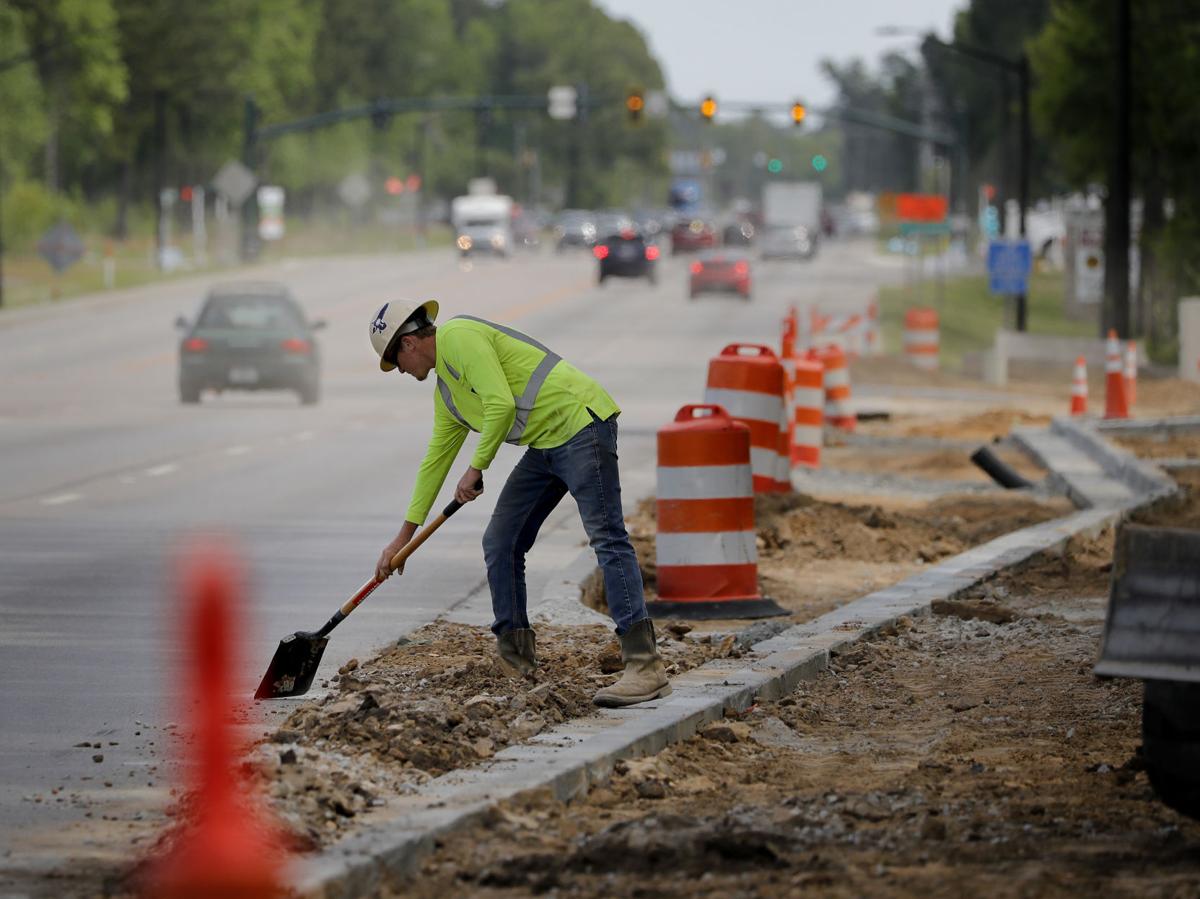 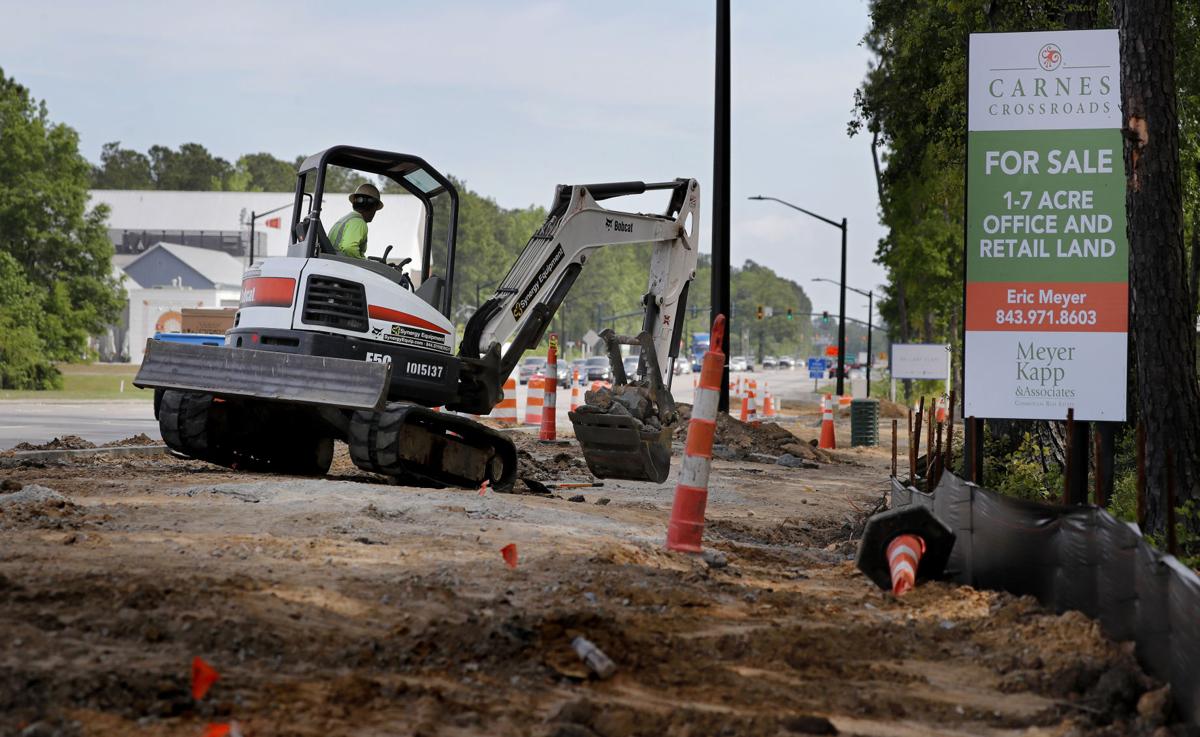 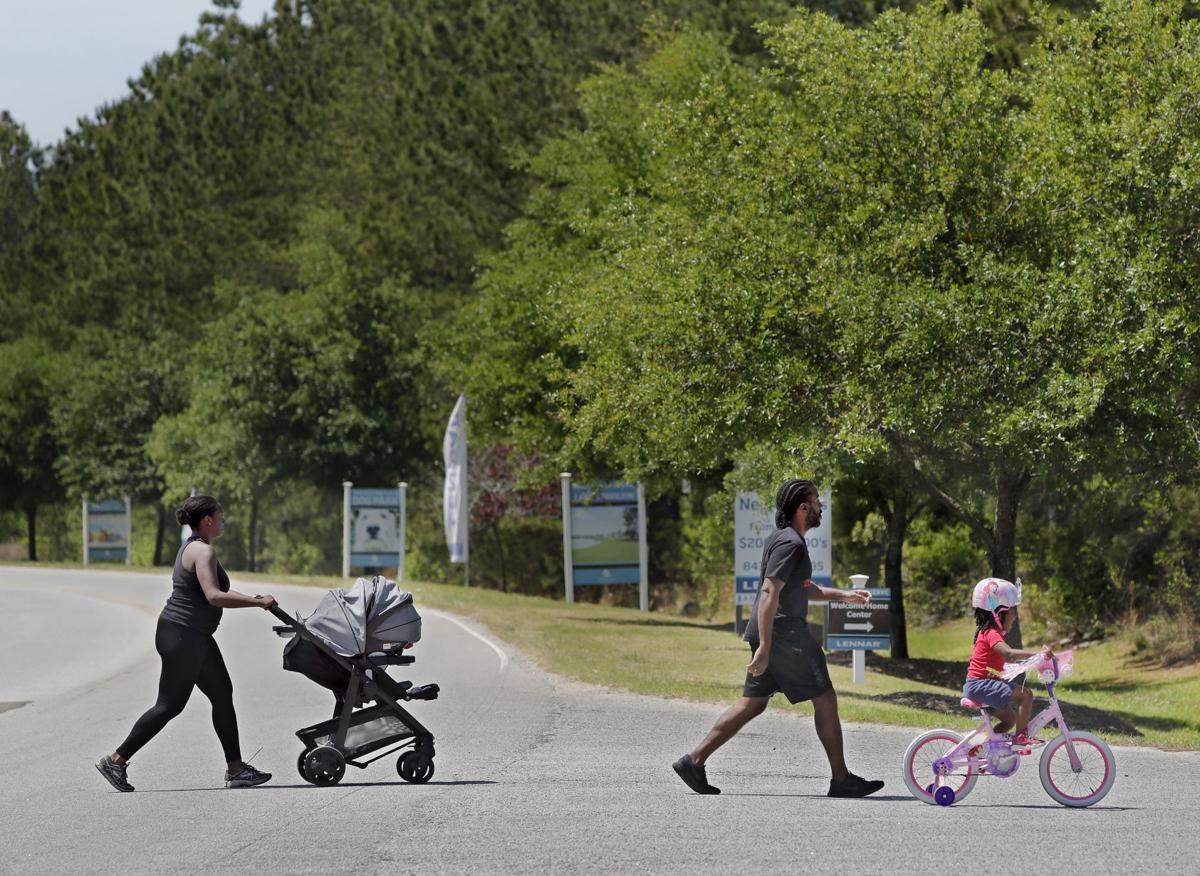 In the late 1930s, a small green barn owned by Summerville timber man Howard Prettyman was all that was noteworthy of the rural field in present-day Goose Creek.

That structure, which was once used for livestock and lumber, now sits in the middle of the massive Carnes Crossroads development. Today, the barn is a recreational center, an open-air pavilion and community room where residents can gather for concerts and other events.

The green barn is a repurposed relic of the past and a symbol for how Berkeley County has become the fastest growing in South Carolina. The region has transformed since Prettyman's days, but its most significant change has happened in the past decade. Some residents say it's hardly recognizable anymore.

"In Goose Creek, you had a subdivision or two," said David Barrow, a former teacher in the city and now a member of the Berkeley County School Board. "Fifty years ago, it was almost like a country town. Now, the cars and the traffic are ridiculous."

Berkeley County saw a surge of population growth when more than 6,000 people moved to the area in 2018, boosting the total population to more than 220,000, according to census figures.

Three major developments are behind this rapid growth: Cane Bay, Carnes Crossroads and Nexton. All together, including all the land acquired by those companies, there are more than 27,000 residences planned.

Those developments have enough homes to comfortably fit all the population of Greenville, one of the state's largest cities.

But, as these neighborhoods and developments rapidly take shape, growing pains and the need for more infrastructure come with them.

Access to emergency services was sparse in Cane Bay. More families in Carnes Crossroads meant a new school would have to be built. Expanded roads and highways are a constant necessity to accommodate all the new homes and businesses in the Nexton development.

While each development has brought a flood of new businesses and hospitals, it has also brought a faster pace of life and, noticeably, more traffic.

"It's gotten away from that Southern, rural feel," said Al Hallman, a native South Carolinian and Cane Bay resident. "It's just development after development, business after business now."

The Charleston area was supposed to hit 800,000 people by 2030, according to a Clemson University study. That number was eclipsed by 2019, 11 years ahead of schedule.

Growth is coming, whether South Carolina is ready for it or not.

As Berkeley County's population continues to grow, problems will appear faster than solutions. In looking at the past 10 years, the solutions are expensive and ever-changing, but they are becoming more predictable.

The most developed of the three, it has been ranked among the nation’s best-selling master-planned communities. In addition to inviting a flock of new residents, it has also started to house some county developments.

The development gave 160 acres to the Berkeley County School District and 68 to the YMCA of Greater Charleston for a new complex.

But the overall growth outpaced the infrastructure needed for students and emergency services.

"It's exploded. We have had a thousand new students a year the last two years," said Barrow, who represents Cane Bay on the school board. "That was more than the brick and mortar can handle, overall. We're behind the curve in the terms of getting new buildings."

Cane Bay’s middle and elementary schools were built for 900 students each. Now, each one is well over capacity by more than 300 students.

Today, teachers are forced to float from classroom to classroom. Enrollment caps and modified attendance lines were put in place. Additional wings, are being planned for both schools. They're short-term strategies.

But it's not just new schools residents needed. Emergency services were far away.

A year ago, Cane Bay residents began fundraising for their own fire department. A grant from the U.S. Department of Agriculture only covered a fraction of the cost for what was needed to run the fire station. So residents held bake sales and festivals to cover the difference.

The nearest firehouse was around 10 minutes away, near Gants Road and Sunview Avenue. The neighborhood was served by the Whitesville Rural Volunteer Fire Department. In May, the community finally broke ground for the new station.

Additionally, for the past 10 years, Cane Bay Plantation residents have wanted multiple roads to go in and out of the subdivision for emergency services. They only had one for the longest time.

In 2016, Hurricane Matthew brought 18 to 24 inches of standing water outside the neighborhood’s entrance, stranding hundreds of residents. Earlier this year, the county announced that it would create two additional entrances.

“Berkeley County is thrilled to see a vital step taken on this important project,” County Supervisor Johnny Cribb said when the project was announced. “Providing additional means of ingress/egress in this large and growing community is not only a quality-of-life issue, but most importantly, a public safety matter.”

As Cane Bay and surrounding developments continue to grow, more infrastructure will be needed.

While attendance lines for schools can be shifted to send students slightly farther away, emergency services need to be closer for a community of Cane Bay's size in case of a major disaster. And multiple roads out will be needed if a natural disaster hits the development.

When finished in about 15 years, the 2,300-acre development will be home to about 4,500 houses, apartments and retail tenants. The first resident moved in around 2012, and it has slowly blossomed since.

Unlike the Cane Bay neighborhood, Carnes Crossroads in an earlier stage. It may even be able to take some of the burden of school crowding off the megadevelopment.

The Berkeley County School Board at the beginning of the year announced plans for a K-8 school in Carnes Crossroads.

A deal was made with the developers and an impact fee for future builders would go to the school district.

Daniel Island Development Co., the group behind the Carnes Crossroads development, has reached similar agreements to build schools in rapidly developing areas before. But this is the first time impact fees would be used to fund a new school project.

“Normally, fees are sort of a bad thing and you fight them. And we said, ‘Well, let’s turn this into a huge positive.’ And that’s what we did,” Daniel Island Development President Matt Sloan said. “There’s no better way to anchor a community than with a quality school.”

A new school could take three to five years to complete. A hospital was also a long time coming for the budding development.

In 2007, Roper St. Francis announced it was buying land for a new hospital. It was supposed to be completed by mid-2012. But a dispute between Trident Health and Roper led to nearly a decade-long legal battle.

A December 2015 state Supreme Court ruling allowed it to finally begin construction. It was opened earlier this year.

“We’re thrilled to be here,” Jennifer Crawford, chief nursing officer at Roper St. Francis, told the Berkeley Independent at the opening. “Between Cane Bay, Carnes Crossroads and the Nexton area, there seemed to be a desperate need for a facility in the area.”

Carnes Crossroads sits at one of the busiest intersections in the county. More traffic isn't a matter of "if" but "when." And with a newly opened hospital and a growing business presence, secondary roads may be needed in the area to ease traffic issues.

Nexton is as big as the Charleston peninsula and extends across 5,000 acres from Interstate 26 to U.S. 176 in Berkeley County.

Along with the new dining options, it continues to bring new residents, with apartments and new homes popping up every year.

And, like Charleston, it's bringing new visitors. Three new hotels and a conference center with a 7,000-square-foot ballroom are expected in the development soon.

With all the new commerce, the county and state had to get involved.

In the mid-2010s, traffic near the area got so bad that a road and interchange needed to be developed.

It was completed in 2018. With an $88 million price tag, the interchange, west of the I-26 off-ramps to Summerville at exit 199, was a moment of celebration for residents.

Next growth area for Nexton is hotels with 3 flags, conference center opening

But, once again, traffic continued to increase.

Plans are in the works to expand Nexton Parkway and widen U.S. 176 to alleviate ever-growing traffic near the development. Bids are expected to come in this year.

There is also a proposed $325 million, 140-bed MUSC Health Community Hospital at Nexton. But there could be delays.

Like Carnes Crossroads, a turf war over expansion sprang up between Trident Health, Roper St. Francis and the Medical University of South Carolina. MUSC's plans remain on track and it is scheduled to open as early as 2022.

Each one of the developments has grown more than most residents ever expected. They've brought hospitals, schools, businesses and new neighbors. They've replaced the old identity of the county and created a new one.

Recently, Nexton celebrated its thousandth home being sold. It's expected to have more than 7,000 and more than 20,000 people, rivaling some of South Carolina's largest towns.

"It's off the chain," Hallman, a resident in nearby Cane Bay said. "The developments are becoming like a metropolis. It's a race to see who can be the most self-sufficient community. They're basically small cities now."