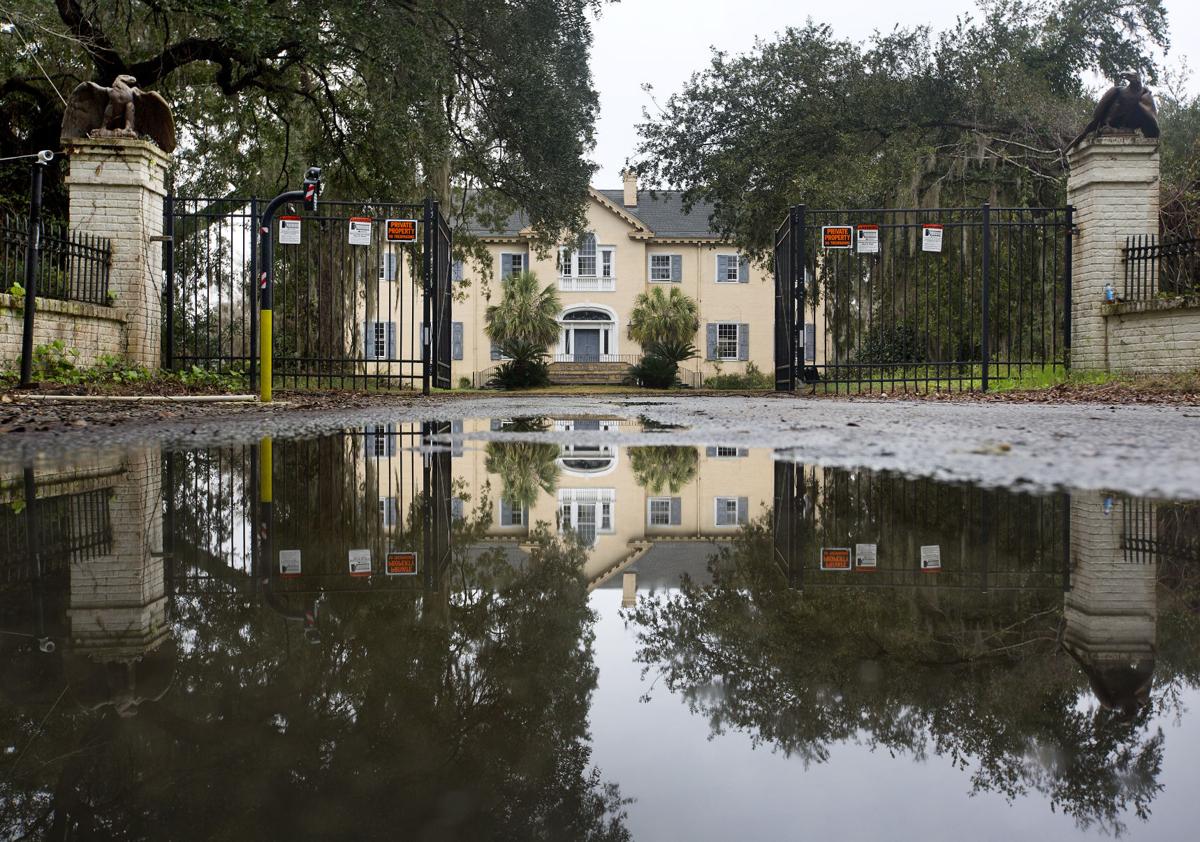 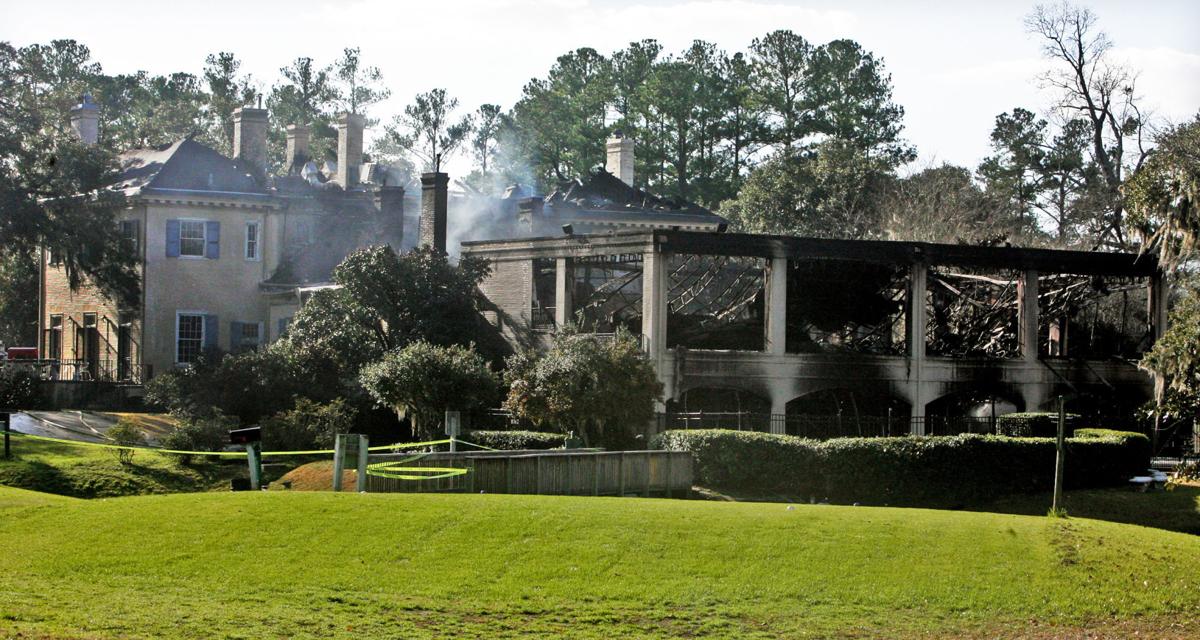 The Oaks Plantation Golf and Country Club caught on fire in 2008. File/Brad Nettles/Staff 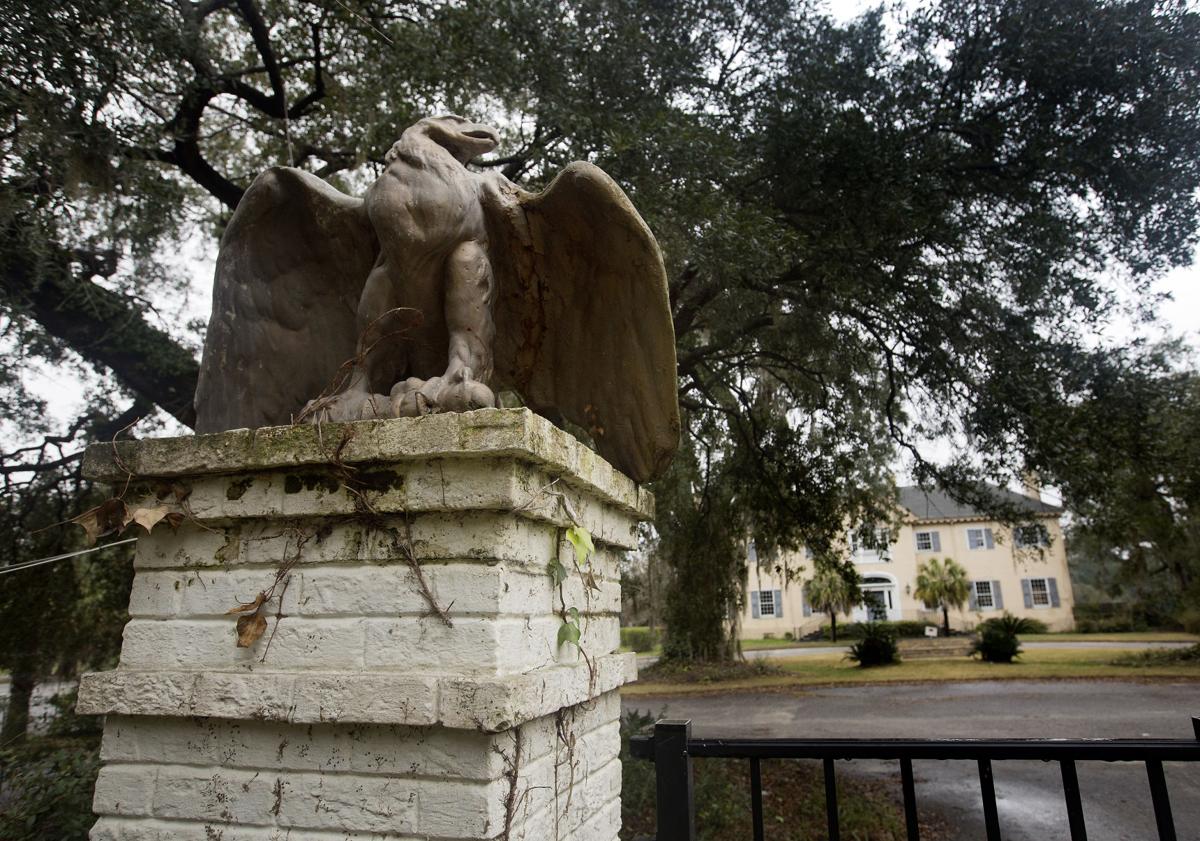 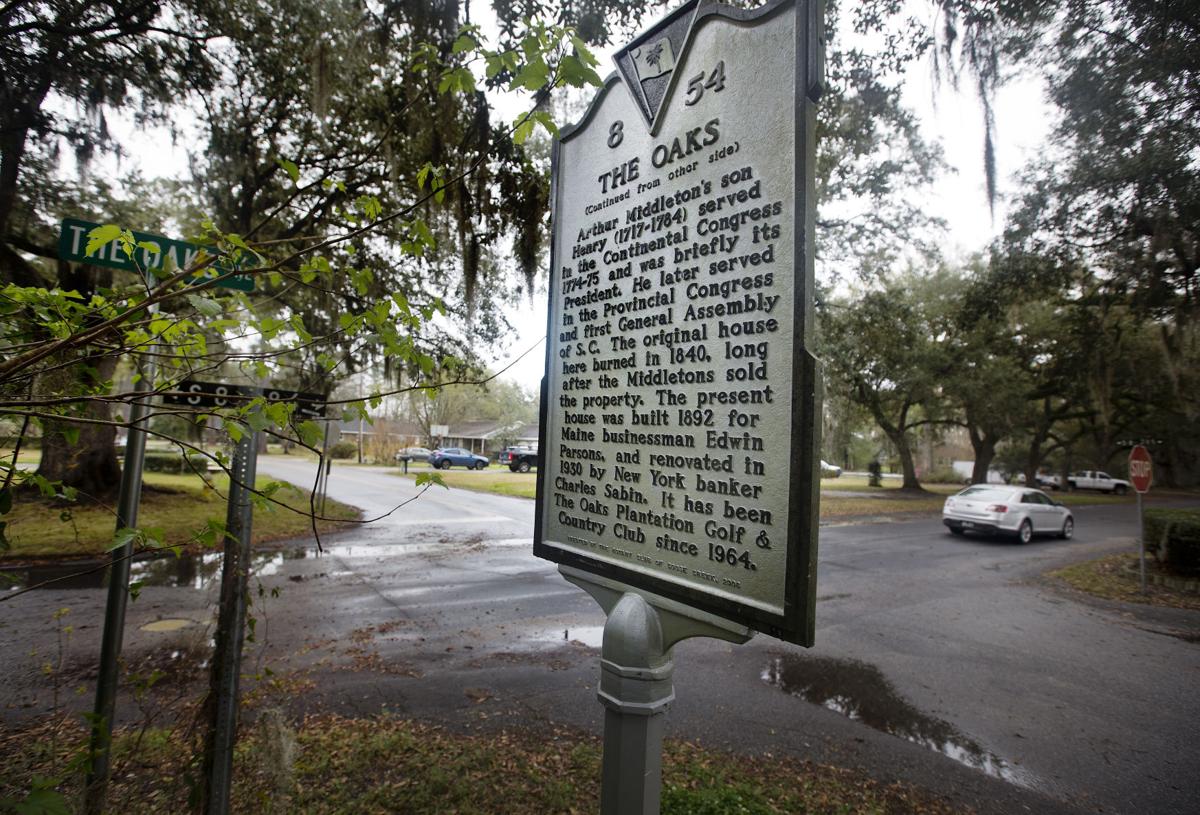 A historic marker in The Oaks neighborhood near the Plantation Golf and Country Club in Goose Creek that closed in March. Grace Beahm Alford/Staff

A historic marker in The Oaks neighborhood near the Plantation Golf and Country Club in Goose Creek that closed in March. Grace Beahm Alford/Staff

GOOSE CREEK — There is no property in the state of South Carolina more historically significant than the Oaks Plantation home, at least according to former longtime Mayor Mike Heitzler.

The property is rooted in Goose Creek dating back to the 1800s, and served as a literal and metaphorical bridge to the surrounding community during its fledgling years. And though it sits just outside town limits, it means a great deal to the city.

"This was the cradle of the Deep South culture," Heitzler said.

The property has been known as the Oaks Plantation Golf and Country Club since 1964, and has seen its fair share of change through the years.

Owner Hurst Waterman Conant in the late 1940s planned to raise cattle on the grounds. And in 1956, The Oaks Co. Inc. paid $125,000 for the plantation house and 140 acres of land, with the intention of preserving the home.

It became the Oaks Plantation Golf and Country Club after Howard Mims, the owner of a now-defunct, coin-operated amusement business bought the property in 1964. The main home was used for weddings and other events until 2008, when a fire devastated the property.

“I was shocked and just so sad,” Joyce Martell, a resident who had her wedding reception at the clubhouse, told The Post and Courier after the fire. “It weighs heavy on my heart.”

Since the fire, Heitzler said the property has "been nothing but a money pit."

Mims died in 2013, and his company and heirs now handle the estate. Those heirs are preparing the next steps in the property's history as the golf course closed in March with a sale of the property described at the time as imminent.

The property has since been listed with realtor Jack Owens of NAI Charleston, a commercial real estate firm. When reached, Owens confirmed the property was up for sale, but would not disclose its price or indicate who was interested in buying the property.

"We have been marketing it as a single-family redevelopment opportunity," Owens said. "We've got a group interested and we'll be moving that way."

Whoever is interested is still in the process of doing studies on how best to attack the land and is working on product designs, Owens said. It's unclear whether a potential buyer would leave the plantation home standing or tear it down to develop homes or apartments.

"We'll take the best offer for what we think for the property and for the sellers," Owens said. "I won't reveal the price because if it falls through we'll go back through the same process."

Mansion rooted in Summerville's history listed for $6.95 million off the market — for now

It will most likely take 12 to 18 months before knowing exactly when the sale of the property will close, Owens said.

"No one buys anything until they know what they could build," he said. "I wish I could snap my fingers and make it go quicker."

Selling the property to a developer unwilling to salvage the plantation home would be a mistake, Heitzler said. The best course going forward for all involved would be for a developer to purchase the land and donate the home to the city of Goose Creek or some entity within local government that could devote resources to getting the house back to its former glory, making it a desirable destination for the town.