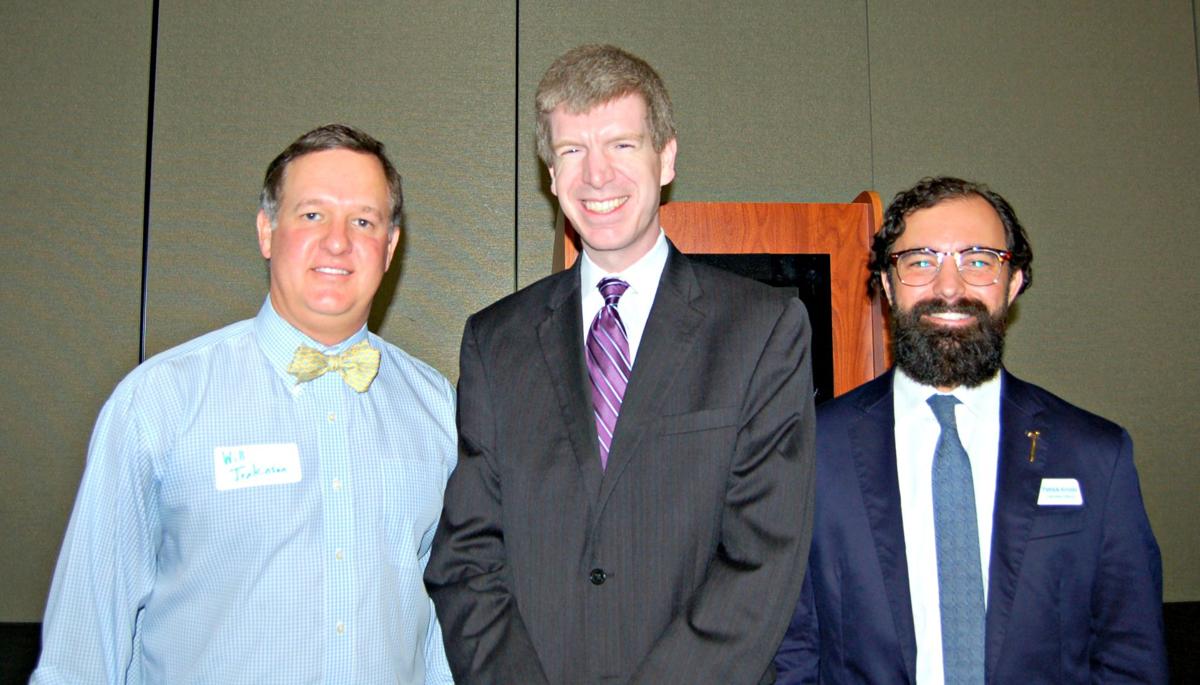 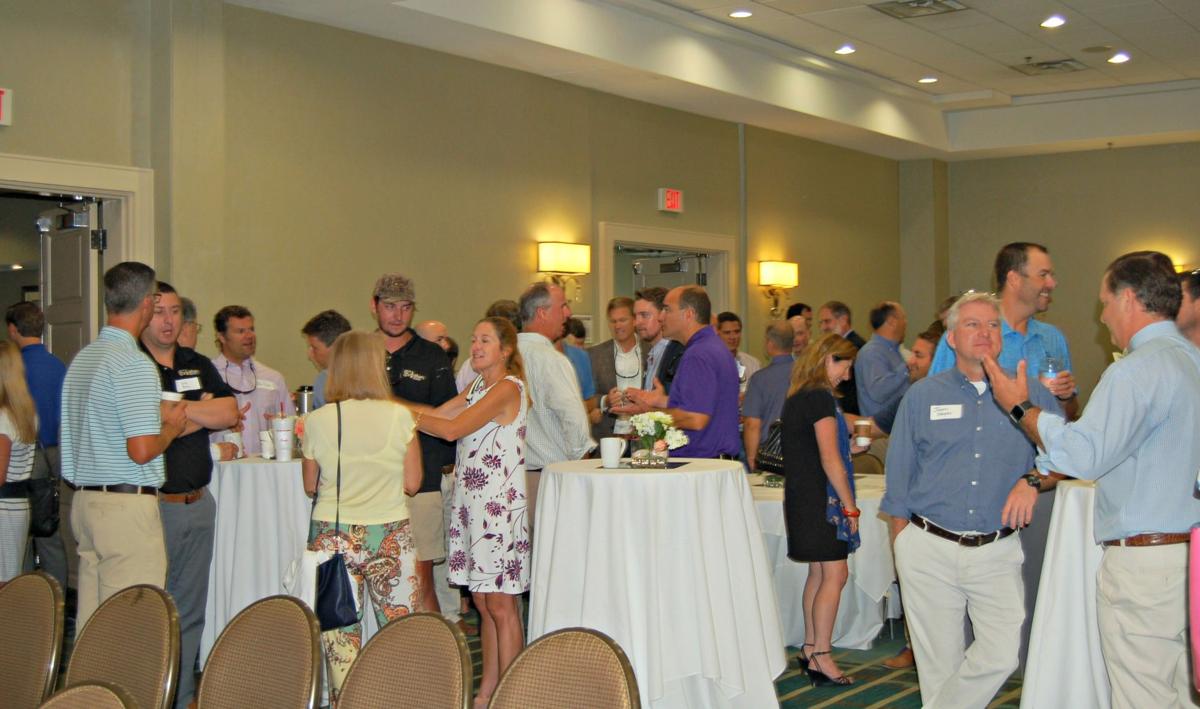 The 2019 Charleston Home Builders Association (CHBA) annual market update meeting held earlier this week revealed an encouraging snapshot of the Charleston and tri-county housing market. The future appears to be just as promising.

Patrick Arnold, Executive Director of the CHBA led the meeting by introducing the speakers, Joseph Von Nessen and Will Jenkinson. Von Nessen is a research economist at Resh Marketing and specializes in economic research at the Darla Moore School of Business at the University of South Carolina, both in the private sector and in academic research. Will Jenkinson is Broker in Charge of Carolina One New Homes.

Charleston is undoubtedly growing – in most every corner of our region. The good news is that the uncertainty of the last quarter of 2018 is settling down and the Charleston housing market is rebounding from what Joseph Von Nessen of Resh Marketing referred to as the “perfect storm.”

Von Nessen began the discussion with a global picture of the economy.

“I would suggest we saw a perfect storm, metaphorically,” Von Neesen said. “In terms of three factors coming together to blunt a lot of the momentum of the housing market.”

Von Nessen said that the housing market was in a steady increase until that point – the last quarter — in 2018. What caused that downturn? In 2017, the “Trump bump” happened – the tax cut that put the economy in a “caffeinated” state, and in 2018 the “U.S. drank a Red Bull.”

At the end of 2018, three major factors came into play that blunted housing market activity — tariffs and trade disputes, slowdown of global markets and interest rates influx. Plus, the economic expansion is now the longest on record.

“Sometimes we get to a point when we’re having a very long expansion the next question becomes how long can it last?” said Von Neesen.

“All going in the direction of making housing more expensive and less affordable,” said Von Nessen. “The good news is that in 2019, two of those factors are less at play. Labor costs continue to rise but that in and of itself is not necessarily a bad thing because it indicates workers are earning more.

The economy in 2019 has been a “decaffeinated” one. Coming off the tax cut package from 2017 that boosted growth in 2018 combined with higher uncertainty due to ongoing trade negotiations and slower global growth likely mean slower growth for the U.S. economy for the rest of 2019 and going into 2020.

Still, Von Nessen is very positive about the future and the future of South Carolina. Defining the work he does as “so what” economics meaning that viewing the economic landscape as a whole instead of any one particular data point or any one particular point of time. He referred to the last year as an “economic roller coaster,” one that changed rapidly. Overall, he says, the health of the economy has been stable, especially since 2016.

“The economy is still very stable and strong, especially the labor market and that’s critically important when it comes to the housing industry. This is one of the strongest labor markets we’ve seen in the U.S. and in South Carolina, certainly in over a decade. When the housing market is strong, that is playing up against the slower global growth and the uncertainty created with these ongoing tariff negotiations.”

Taking it to the streets

“I’m going to steal a headline from a recent Post and Courier article,” said Will Jenkinson. “It was written about the mid-year perspective about the Charleston housing market. Those three words – stable, strong and consistent really sums up what we’re experiencing. It’s what Joey (Von Nessen) mentioned and that resonates with me as well.”

Jenkinson referred to an article I wrote in late July regarding Charleston’s housing market. According to him, that trend is continuing and that’s very good news for South Carolinians.

Referencing Von Nessen’s “perfect storm” analogy, the housing market is rebounding from that impact. The fourth quarter of 2018 into January and February of this year suffered throughout the market. Despite that Jenkinson reported that year to date, the Charleston market is only .6 percent, in terms of closed units.

Inventory is the main factor affecting the market now – it’s down six percent from July of last year. There are 5,600 homes in the MLS and 4,400 are resales. Twenty percent of the market is new construction. There is a three-month supply of homes and the average days on the market are 53.

“Those are the exact numbers 12 months ago,” he said. “It shows stability.”

July was the busiest July on record in terms of pending contracts – 20 percent higher than last July. The last 20 weeks have been the busiest consecutive weeks for contract writing.

“We are on track now for potentially breaking 2017 closing numbers which is the highest of all time eclipsing 2006,” Jenkinson told the group. “We are definitely back on track.”

Jenkinson said that the Charleston market, particularly the Carolinas and the southeast has the highest percentage of new homes, up from two percent last year. He points to the southern end of Berkeley County as being an area destined for a lot of growth.

“It bleeds into what I consider that Mount Pleasant and East of the Cooper market,” he said. “That’s the Cainhoy Plantation tract that has been slowly evolving as we’ve seen Clements Ferry Road evolve. It is gathering traction and we’ll be seeing home activity as we get into 2020. That’s 9,000 acres with 18,000 entitlements so that is the big future of Berkeley County.”

Volvo is the new gateway to Charleston as progress is ongoing back to exit 189. Being constructed as the Volvo Interchange near Ridgeville, there will be growth further out. Builders are buying property up 176 and out to Jedburg for future growth expansion.

Jenkinson also referenced Coosaw Preserve (No. 1 in closings), The Ponds and Summers Corner in Dorchester County as having very positive growth. In Berkeley County, Cane Bay is experiencing even more growth with D.R. Horton purchasing 600 acres for $25 million. Nexton increased their builder team, adding Homes by Dickerson, Ashton Woods and David Weekly to Saussy Burbank and Polte, with a sixth builder to be named in October.

Johns Island continues to be a “hotspot” and will continue to be so based on supply that’s there today and new construction. Jenkinson said James Island and Mount Pleasant are starting to “build their way out.” We’ll see new construction in Awendaw and south into Hollywood as builders are eyeing land tracts in these areas. Jenkinson believes that most the growth will be in Dorchester and Berkeley Counties because of land mass and the communities being set up now.

“To summarize – strong, stable and consistent,” Jenkinson said at the end of the meeting. “While we have our challenges with costs and labor shortages and the need to figure out the affordable housing metrics, we have jobs. The jobs we have now and the jobs we have in the future truly give us that stability in our industry. That pattern of consistency in our region is what we have to look forward to next year and the years to come.”

Charleston – 19 percent of all closings

Dorchester – 25 percent of all closings

Berkeley – 34 percent of all closings