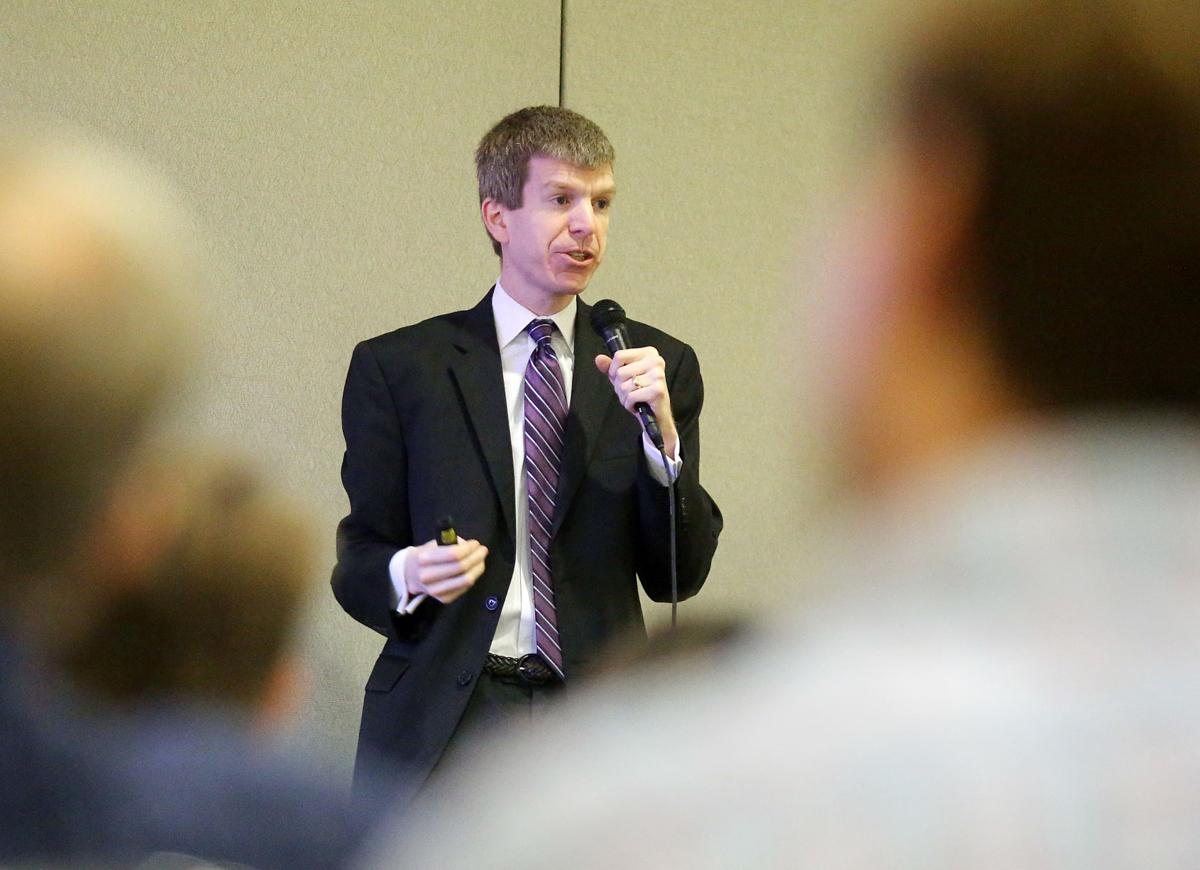 Economist Joey Von Nessen of the University of South Carolina presents a market forecast along with a housing report for Charleston and the state's other metro areas to the Charleston Home Builders Association Tuesday.​ Brad Nettles/Staff 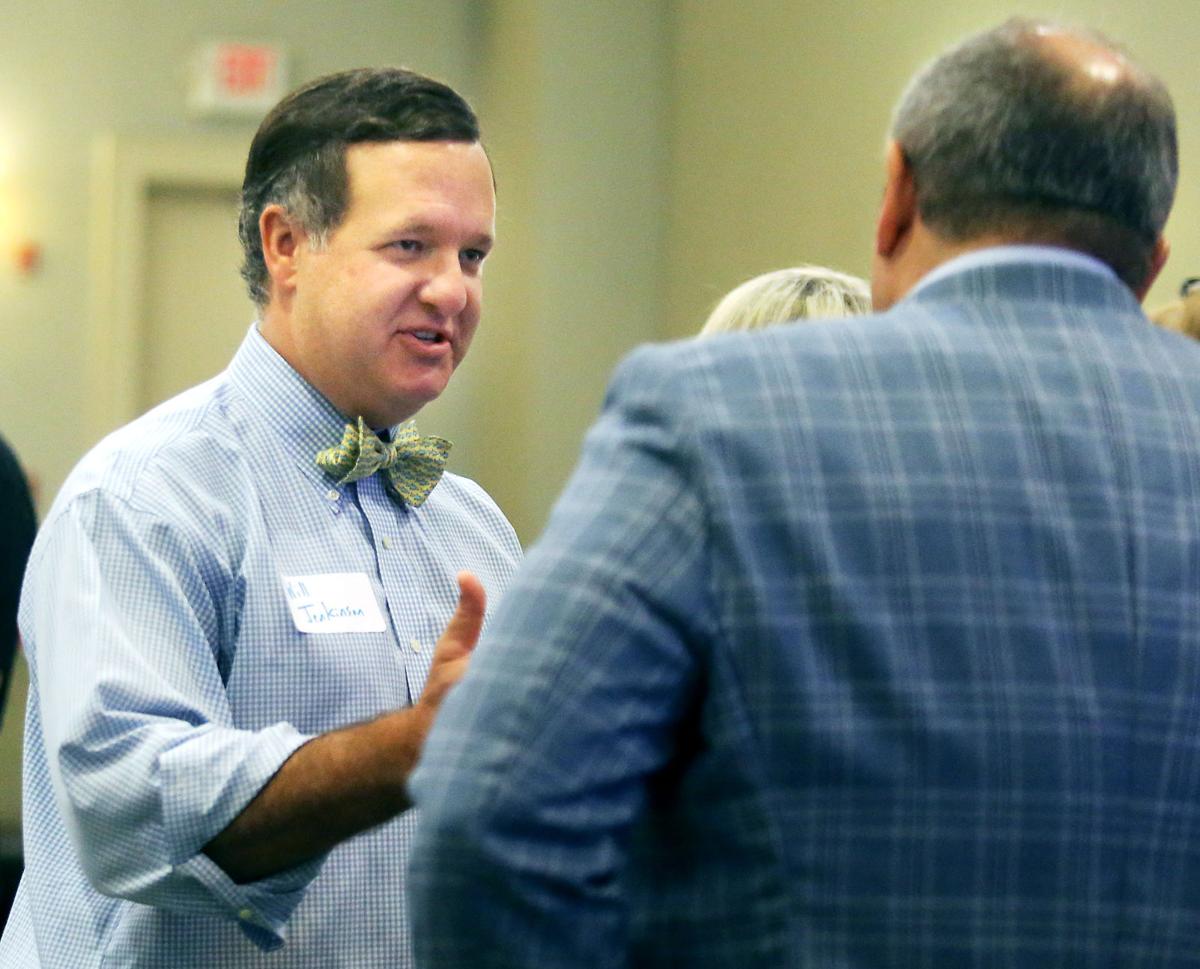 Will Jenkinson with real estate company Carolina One New Homes talks with members of the Charleston Home Builders Association before speaking about the health of the housing market Tuesday.​ Brad Nettles/Staff 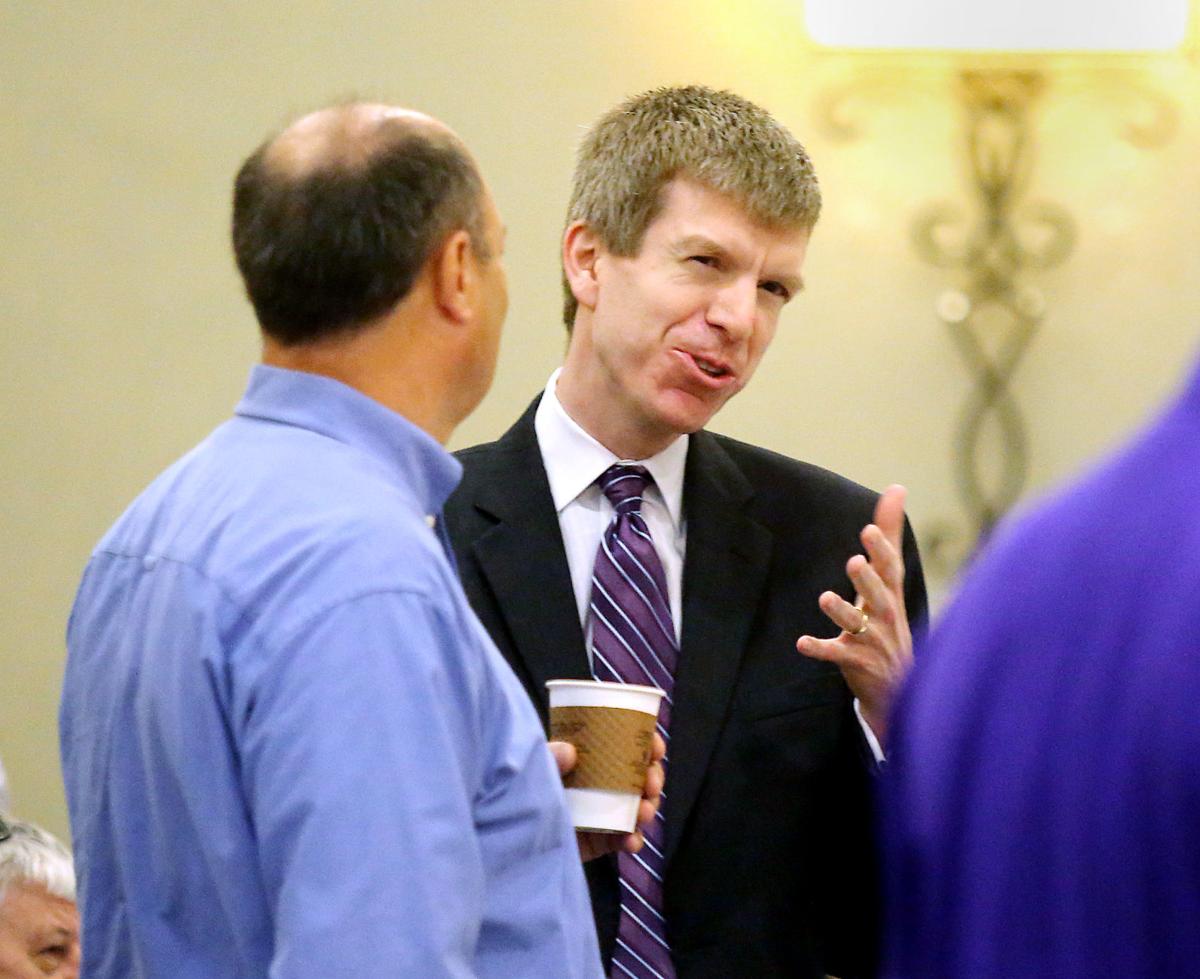 Economist Joey Von Nessen, right, of the University of South Carolina talks with Charleston Home Builders Association board member Jeff Meyer before presenting his market forecast along with a housing report for Charleston and the state's other metro areas Tuesday.​ Brad Nettles/Staff 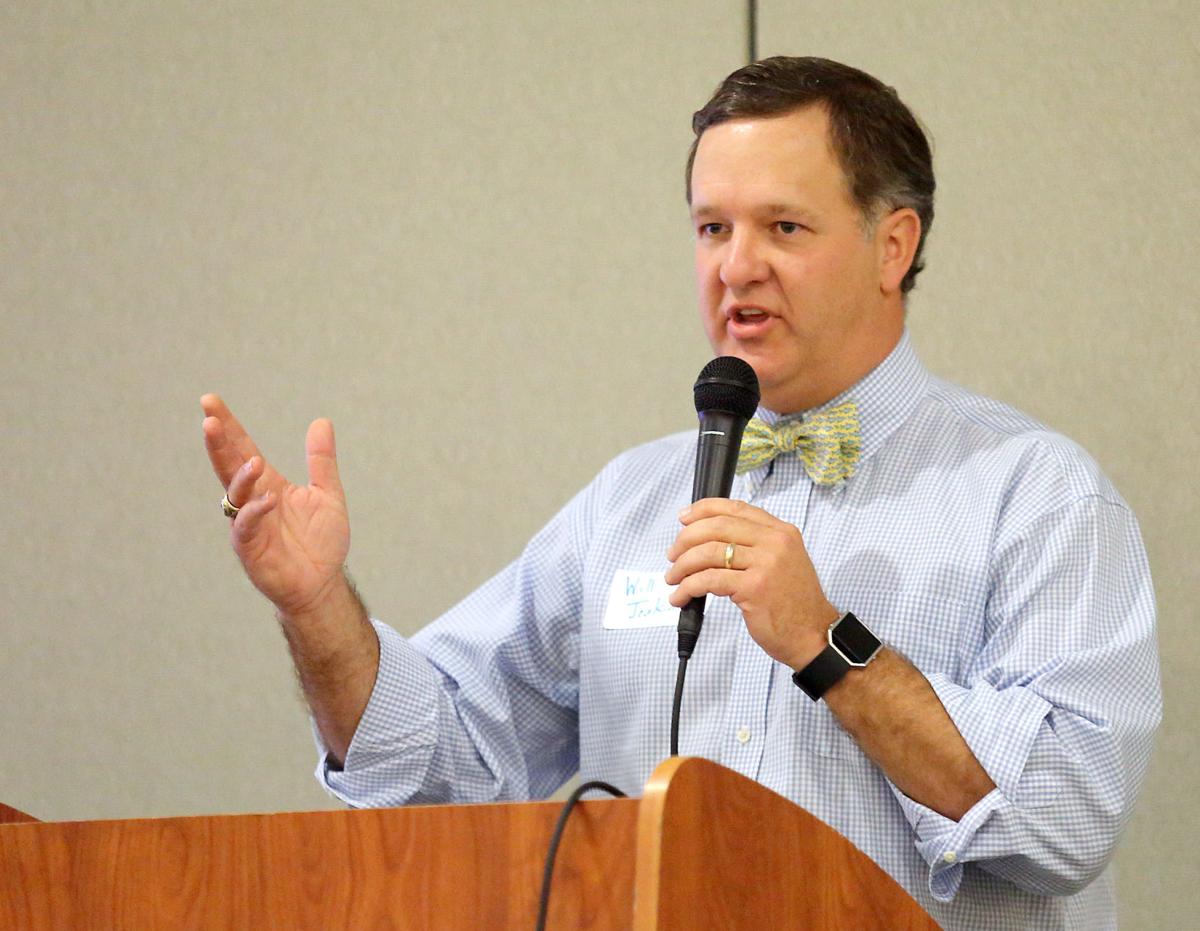 Will Jenkinson with real estate company Carolina One New Homes talks about the health of the housing market during the Charleston Home Builders Association meeting Tuesday.​ Brad Nettles/Staff

Economist Joey Von Nessen of the University of South Carolina presents a market forecast along with a housing report for Charleston and the state's other metro areas to the Charleston Home Builders Association Tuesday.​ Brad Nettles/Staff

Will Jenkinson with real estate company Carolina One New Homes talks about the health of the housing market during the Charleston Home Builders Association meeting Tuesday.​ Brad Nettles/Staff

"Right now we are looking at slower growth for the rest of this year and into 2020," Joey Von Nessen told a gathering of the Charleston Home Builders Association.

Von Nessen isn't ready to predict when the next recession will break out. He also questioned a recent report showing a majority of U.S. business economists calling for a downturn by the end of 2021.

The reasons behind the slowdown, Von Nessen said, are the result of the waning stimulus from the federal tax cuts that took effect at the end of 2017 and more uncertainty about the economy because of the trade war.

At the same time, interest rates have been in flux after the Federal Reserve raised its key borrowing measure four times last year and then lowered it this year.

Then there's the psychological effect of business leaders starting to ask how long the longest economic expansion on record will last.

Von Nessen called the tax cuts the "Trump Bump" that resulted in a "caffeinated economy" in 2018.

"The U.S. economy drank a Red Bull and the effects are wearing off," he said. "We are now in a decaffeinated economy."

"It's the single biggest predictor of housing demand," Von Nessen said. "Right now, the U.S. job-opening rate exceeds the employment rate. There are more jobs than people to fill them."

And in South Carolina, while the major metro areas of the state lead in job expansions, no county is registering negative employment growth.

"That's a good thing," Von Nessen said. "When people are working and earning incomes, they spend that money in the U.S. economy."

The downside is that employers will have to pay more to keep and recruit good workers.

He called the latest move to delay tariffs on $325 billion in Chinese goods until mid-December good for the economy in the short term, but the longer uncertainty lingers without an agreement, the more likely some manufacturers are to move production outside of South Carolina and the U.S. after raising prices in the interim to offset the cost of tariffs.

Why many employees feel devalued even in booming job market

The tariffs are already affecting export activity, he added.

That resulted in a steep decline in exports from South Carolina late last year. The Chinese later reduced the auto tariff to 15 percent, and South Carolina's exports have begun to bounce back but not to pre-tariff levels.

Von Nessen also called the housing market's decline at the end of 2018 the result of "a perfect storm," including high labor costs, higher lumber costs and higher interest rates.

Two of those, lumber and interest rates, have since come down. Higher labor costs will be a factor as long as there are more jobs than people to fill them.

As for housing prices, the state and its major metro areas settled on about a 5 percent jump by the first three months of this year, a rate Von Nessen called sustainable.

Will Jenkinson of Carolina One New Homes said the catch words for the Charleston housing market are "strong, stable and consistent."

22 Charleston-area companies make list of fastest-growing firms in the U.S.

Charleston also leads the state in new home sales, with more than 4,000 units in each of the 12 months since July 2016. Myrtle Beach comes in second, with Greenville third and Columbia rounding out the metro areas at about 2,500 units.

"While we have challenges with costs and a labor shortage, we have jobs, and they give us stability," Jenkinson said of the region's housing market.

4. Psychological effect of how long economic expansion will last