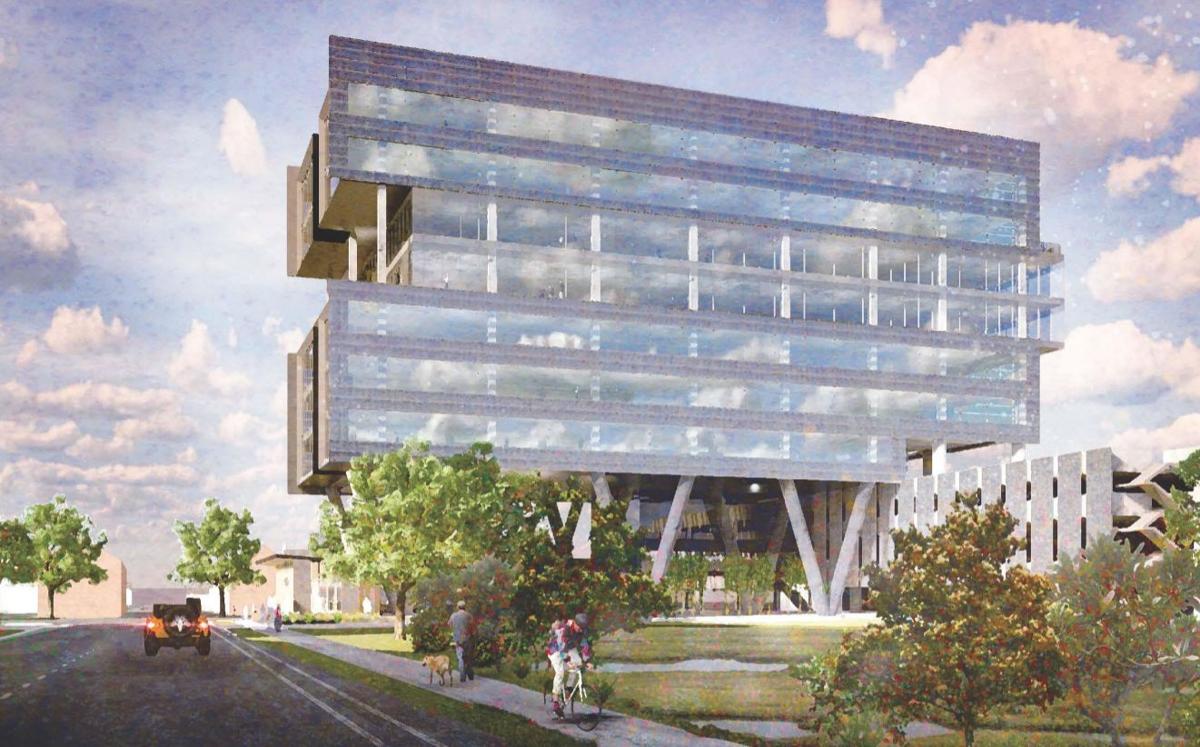 The developer of a proposed modern office building at 850 Morrison Drive is asking for a state permit to fill some wetlands on the site. The Charleston Board of Architectural Review gave initial approval to the design in March. Rendering/ASD|SKY 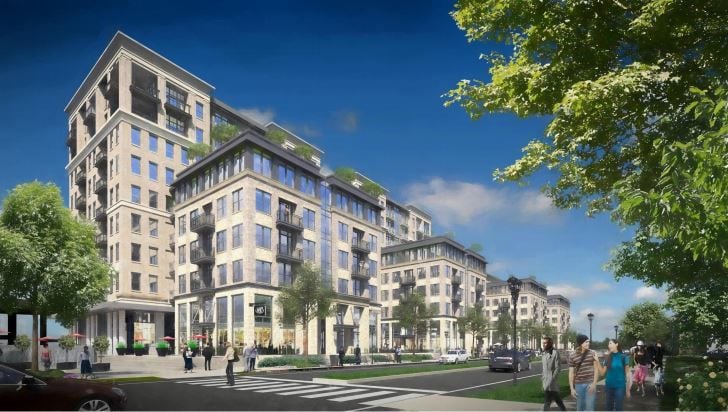 A 10-story, 370-unit apartment development called Morrison Yard is being proposed for the former State Ports Authority property at 838 Morrison Drive on peninsular Charleston. The Board of Architectural Review will consider the second of three approvals Wednesday for the new structure. Rendering/LS3P/Housing Studio

On Wednesday the BAR will consider several requests for new projects on the upper peninsula, which is undergoing rapid change with new apartments, office buildings and restaurants.

Among them is a request for preliminary approval of a proposed 10-story, 370-unit apartment project called Morrison Yard at 838 Morrison Drive.

An affiliate of Mount Pleasant-based Origin Development Partners bought 838 Morrison and 850 Morrison from the State Ports Authority last year for $9.1 million. The parcels are just south of the Ravenel Bridge off-ramp and at the entrance to the maritime agency’s Columbus Street Terminal.

Separately, the Origin affiliate also wants to build an office building at 850 Morrison and is seeking a state permit to fill about a fifth of an acre of wetlands and offset the loss elsewhere in the watershed.

The design drew inspiration from shipping containers and wetlands surrounding the site. An earlier iteration of the project was denied in January, but board members noted that the design had changed so much, it was essentially a different project.

North of the Origin parcels, the owner of 1074 Morrison Drive is asking for the first of three approvals to construct a mixed-use office building and garage.

Around the corner, the owners of the property at 93 Brigade St. want to demolish two structures built in the early 1950s and late 1970s so they can construct a new mixed-use building. The proposal is up for initial approval.

Also up for review is a request for conceptual approval for exterior alterations to the YMCA gym building at 61 Cannon St. and new construction of a rear addition for multifamily use.

A Johns Island storage company wants to expand and is seeking permission to disturb some wetlands on the property.

Main Road Self Storage wants to expand with new units and office space on an 8.5-acre site behind 926 and 950 Main Road. The project would affect 1.2 acres of wetlands and mitigation is proposed.

Applicant R.M. Buck Builders of Johns Island is seeking the permit from the Army Corps of Engineers and the state Department of Health and Environmental Control.

Called Nu House, the cottage at 5055 Lackawanna Blvd. near Park Circle will cater to youth ages 18-21 in foster care. It includes 12 beds, with plans for future expansion.

“We know that the transition into adulthood for any child is a joyous, yet challenging, time to navigate — and this only intensifies for youth living in foster care,” said Beverly Hardin, CEO of CYDC.

“Data tells us that children who age out of foster care without a support system end up on a bleak path, and we are determined to help shift the tide in a more positive direction," she said. "Nu House will help each resident reach their full potential through unique programs, supportive coaching and practical incentives that put them on a path to success.”

The Mount Pleasant-based investment firm sold the 65,112-square-foot Terraces at University Place shopping center across from the University of North Carolina Charlotte campus to LBX Investments of Los Angeles. The center was 97 percent occupied when it changed hands.

Ziff said it will look for another Queen City investment "if given the right opportunity."