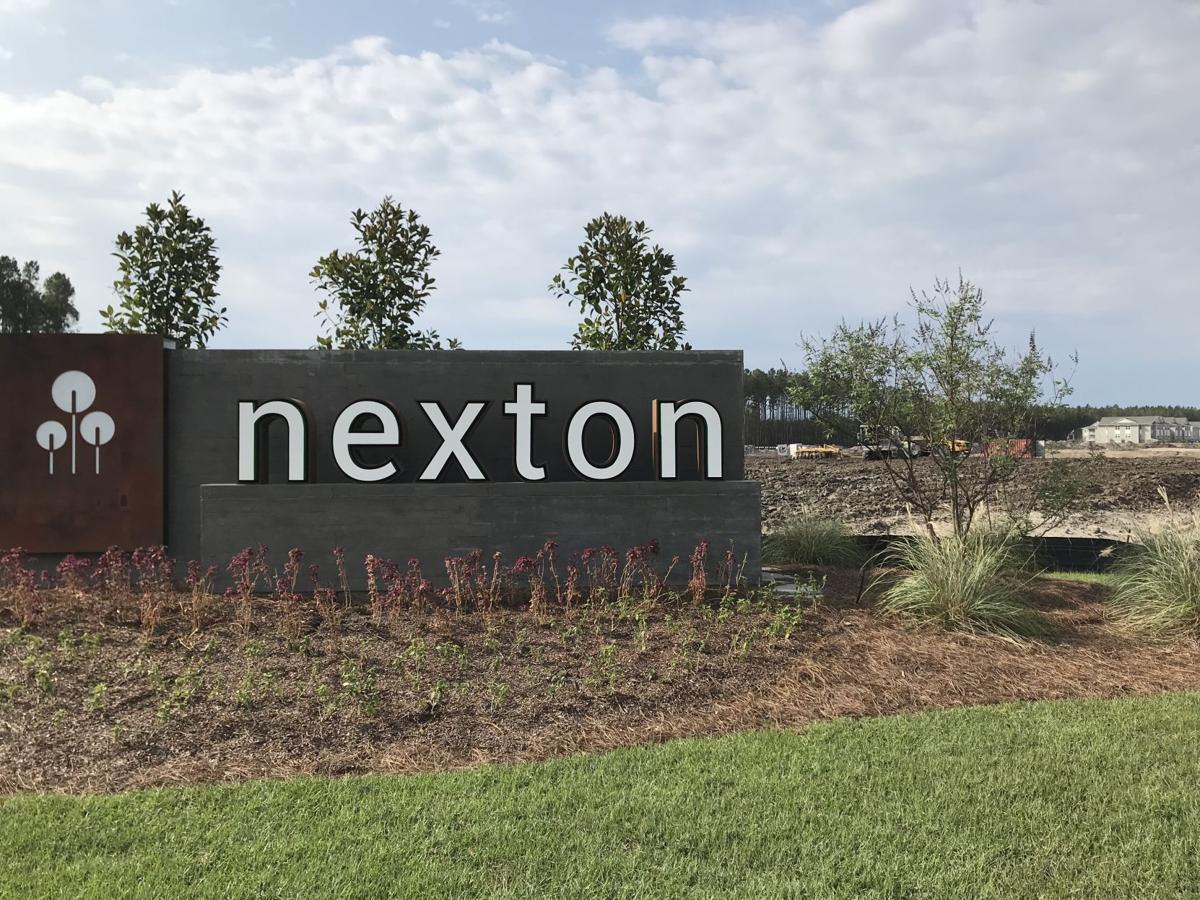 A new retail center called North Creek Market at Nexton is coming to the corner across from Cane Bay Plantation. Other stores will be built on the opposite corner. Arrogate Village Apartments can be seen in the background off of North Creek Drive. File/Warren L. Wise/Staff

North Creek Market at Nexton is under development and will include different buildings with multiple tenants on both sides of North Creek Drive. Provided/Integrated Building Design 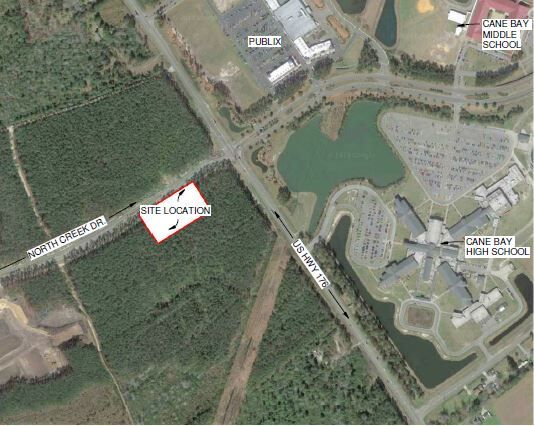 North Creek Market at Nexton is being developed on both sides of North Creek Drive across from the entrance to Cane Bay Plantation in Berkeley County. This map shows wooded locations on both sides of the road, but the land has been cleared and site work is underway. Provided/Integrated Building Design

SUMMERVILLE — The $30 million first phase of development for a new retail center in Berkeley County is underway.

Charleston developer Eddie Buck has begun construction on North Creek Market at Nexton along U.S. Highway 176 and on both sides of North Creek Drive, directly across from the Cane Bay community.

The two parcels on North Creek Drive, acquired by affiliates of Buck Management Inc. in 2018 for $12.7 million, total 53 acres.

The larger, 28-acre tract directly across from a Publix supermarket will include McDonald's restaurant as well an Auto Zone car parts store and Time To Shine Car Wash.

On the backside of the parcel, a 500-unit, 70,000-square-foot Extra Space Storage facility will be built.

On the 25-acre site on the opposite side of North Creek Drive, a Blue Water gas station and convenience store will be built on the corner while doughnut shop Dunkin' will operate in a separate building facing U.S. Highway 176.

Two other buildings will house a variety of other businesses. In one, Jersey Mike's Subs, Buffalo Wild Wings and a nail salon will operate. Another structure will include Heartland Dental and additional retail space for future tenants. That parcel is just north of Arrogate Village Apartments.

In all, about 30,000 square feet of retail will be built in the first phase. The first buildings constructed will be around the gas station. McDonald's is scheduled to start construction in January. Completion is expected by next summer on most of the retail stores, according to Buck.

A second phase will include an Ace Hardware store and more retail space. Work will begin on the second phase based on home growth in the area. A third phase is likely to include a grocery store.

Buck said three supermarket chains have expressed interest in the site on either side of North Creek Drive, but each is waiting for more rooftops before any of them commit.

Buck also has been in talks with Chick-fil-A, Home Goods, TJ Maxx and a few others, but he said they, too, want to wait for more development in the area.

He envisions other tenants as a fitness center, soft goods shops and space for offices such as insurance companies.

"We will see what the needs are as the area grows and be adding some additional shopping space," he said.

Buck foresees a seven- to 10-year period for buildout.

"That's based on demand, the economy and the permitting process," he said.

Buck hoped to have the first building completed this year, but he said holdups on site work and permits pushed the project into next year.

Now that work has begun on the retail project, Buck said calls from interested tenants have ramped up.

"The amount of interest has certainly picked up in the last 30 to 45 days," he said.

The new retail project is surrounded by three mega-housing developments.

Cane Bay, Carnes Crossroads and Nexton are at different stages of development, but about 25 percent of the more than 27,000 planned housing units have either been built, sold or are under construction, based on the most recent figures supplied by representatives of each community.

The retail center sits on the northern edge of the sprawling, 5,000-acre Nexton development where 1,253 of the planned 7,000 homes have been sold.

Across the street sits Cane Bay and its adjoining Wildcat Tract. There, about 4,500 homes are on the ground where 15,700 houses are permitted on the two parcels' 6,500 acres.

To the east of the retail site sits the 2,300-acre Carnes Crossroads community. About 350 homes and 528 apartments are on the ground. Another 295 apartments are under construction. At full buildout, it will be home to 4,500 housing units.

In all, more than 6,900 housing units have been built, sold or under construction in the three communities around the retail site. At 2.5 people were household, or more than 17,000, that equals the current population of Moncks Corner and Isle of Palms combined.

At full buildout of all 27,200 homes permitted in the three developments, about 68,000 new residents will call the Charleston suburbs home. That's almost as many as the current populations of Hanahan and Goose Creek combined.

Only Carnes Crossroads is entirely part of a city, having been annexed into Goose Creek 15 years ago. A small corner of Nexton near Interstate 26 is in Summerville while the majority of Nexton and all of Cane Bay are in unincorporated Berkeley County.