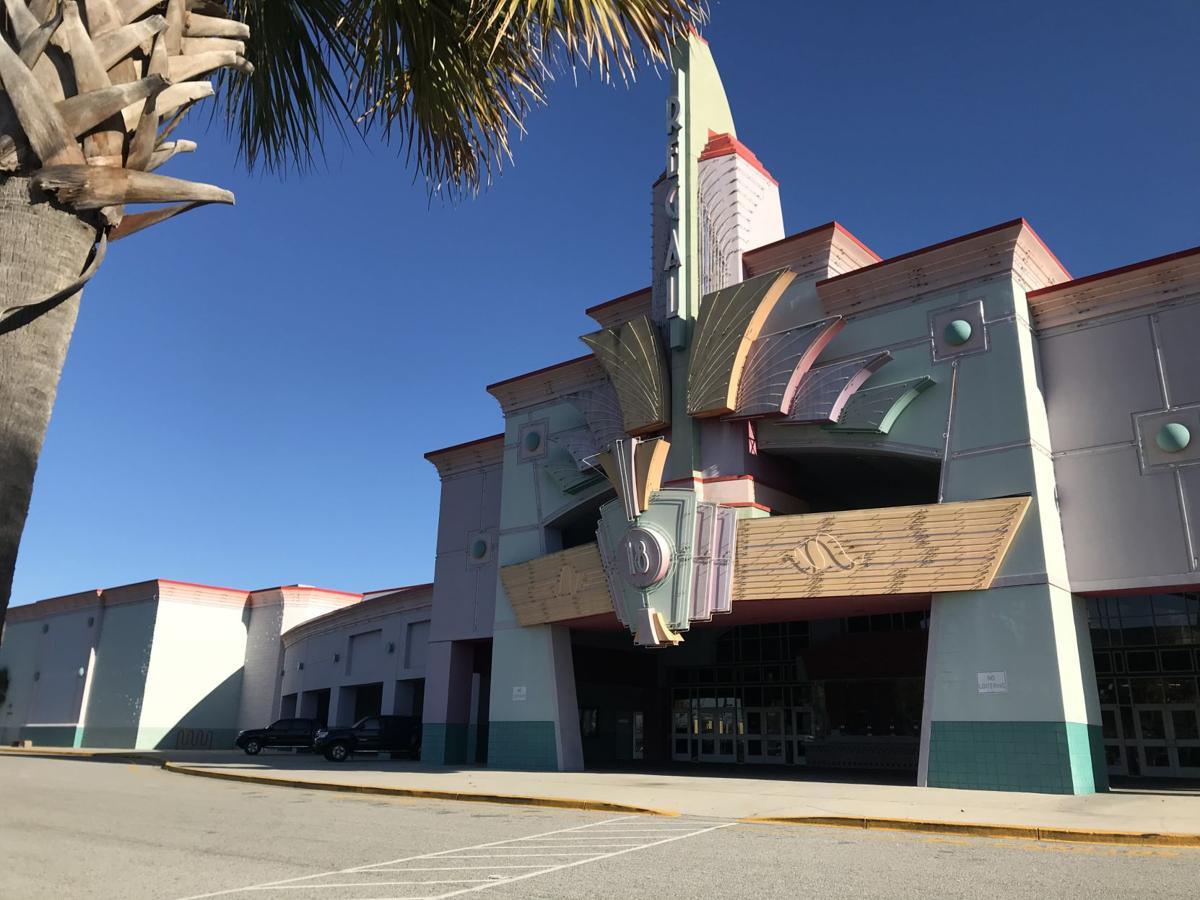 The Regal Cinemas 18 in North Charleston closed Monday and will be razed to make way for a new 300-unit apartment development. Warren L.Wise/Staff 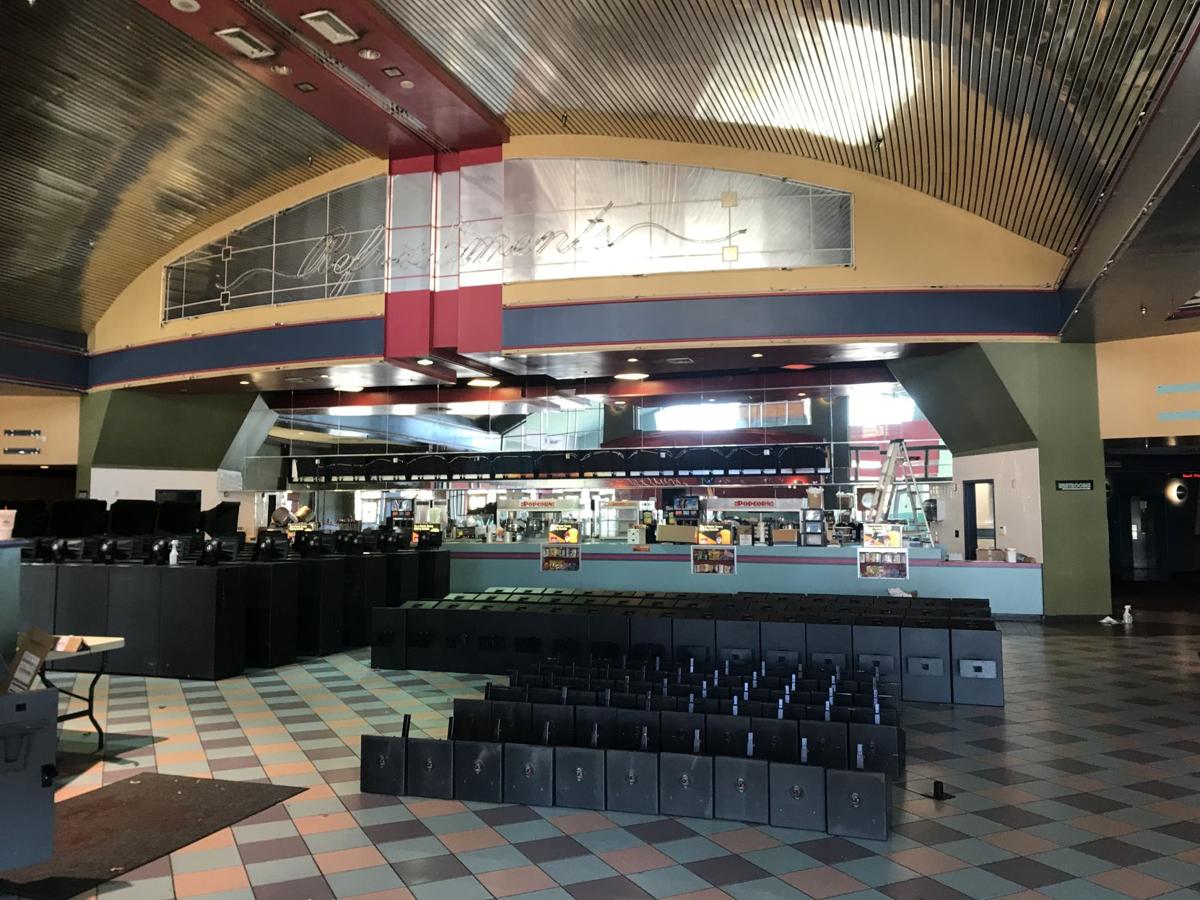 Sound equipment sits on the floor of the Regal theater in North Charleston as workers prepare the now-closed cinema complex to be bulldozed in January. A new apartment development will rise on the site. Warren L. Wise/Staff 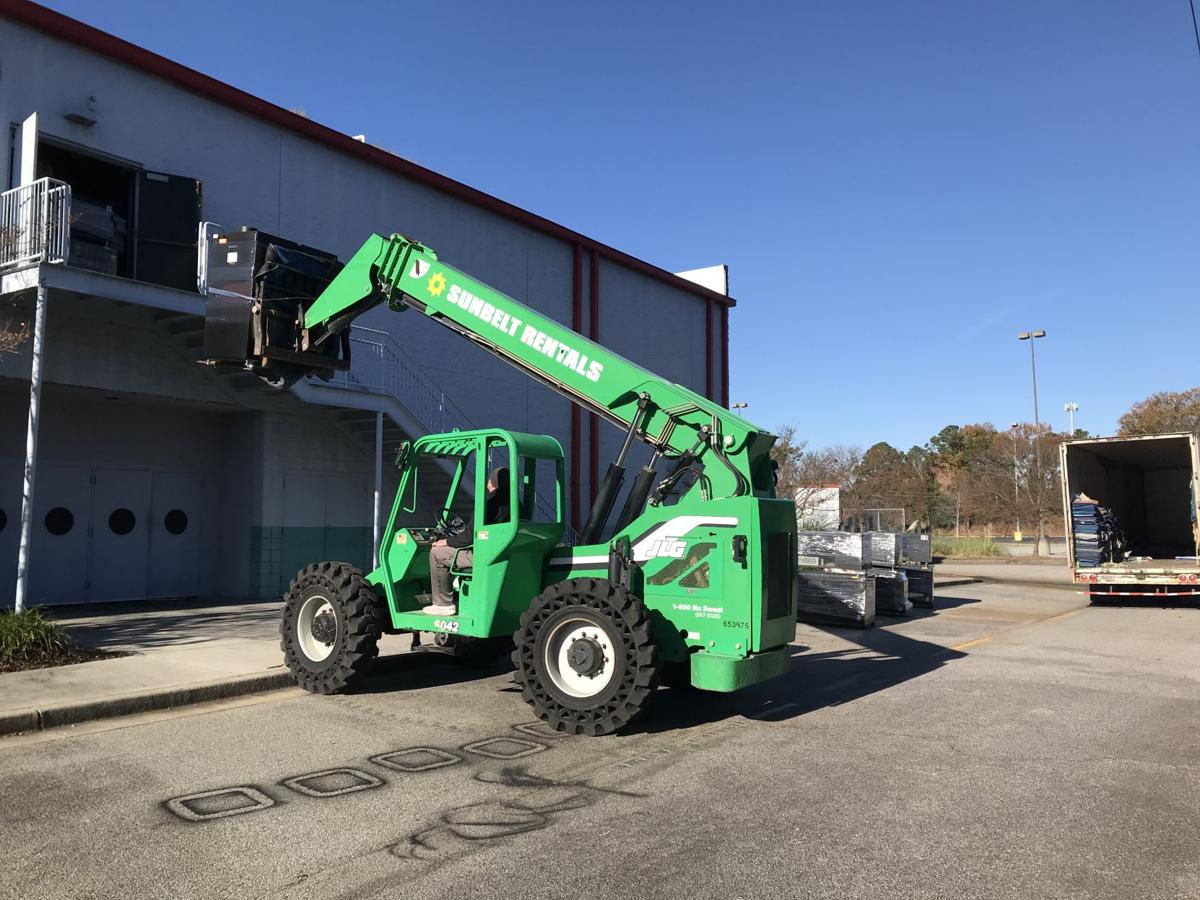 A worker removes projection equipment from the back of the Regal theater in North Charleston. The building will be knocked down in January to make way for a new apartment development. Warren L. Wise/Staff

The Regal Cinemas 18 in North Charleston closed Monday and will be razed to make way for a new 300-unit apartment development. Warren L.Wise/Staff

The neon-streaked movie theater near North Charleston City Hall has shown its last picture show, just days ahead of one of the most anticipated releases of the year.

The Regal Cinemas 18 at Charles Towne Square on Mall Drive closed Monday after two decades of showing the latest flicks. It will be bulldozed in early January to make way for a new 300-unit apartment development.

Workers on Friday removed projection and audio equipment to load onto a waiting 18-wheeler, with most of the expensive fixtures bound for a warehouse at Regal's headquarters in Knoxville, Tenn., according to Sean Richards, a field technician for the cinema company.

With a crawl line at the ticket booth still displaying movie times, the floor of the lobby in front of the concession stand was covered in black sound equipment already taken down throughout the building.

Richards said the company's lease expires Jan. 1, and the building is slated to be bulldozed on Jan. 6.

The site, which once housed the now-defunct department store Montgomery Ward, is owned by Columbus, Ohio-based real estate investment trust firm Washington Prime Group. A representative of the firm did not immediately respond for comment Friday.

Regal is not leaving the Charleston area. It still operates three cinemas throughout the region at Palmetto Grande and The Cinebarre in Mount Pleasant and Azalea Square in Summerville.

The theater went dark in the thick of the holiday season and three days before the release of "Star Wars: The Rise of Skywalker," the latest and final installment in the long-running and immensely popular science-fiction franchise. The Walt Disney Co. said Friday that the film began its opening weekend with a strong $40 million in box-office revenue from the early showings.

The demolition will leave one theater in North Charleston. The Northwoods Stadium Cinemas is across from Northwoods Mall. The next-closest cinema is beside Citadel Mall in West Ashley, less than 10 miles away.

Earlier this year, a plan was submitted to the city for the 9-acre tract at 2403 Mall Drive to be redeveloped into an apartment development with garage parking, a clubhouse and pool.

Some SC neighborhoods have lots of grocery stores while others have none. Here's why.

A representative of Greystar did not immediately respond Friday for further comment on construction plans.

The proposed development did not require a change in land use for the site, so it did not have to go before the Planning Commission or City Council.