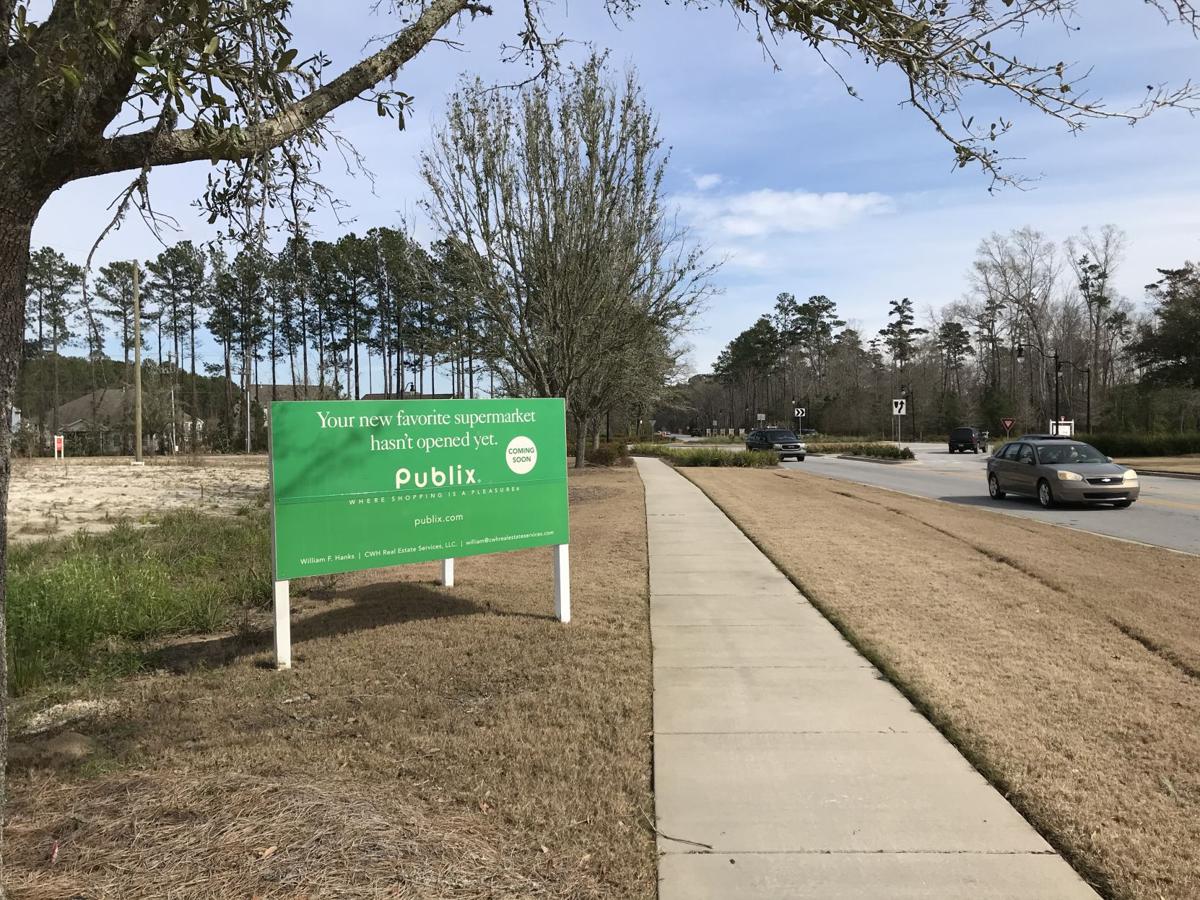 Publix Super Markets, which paid more than $3 million for a 10-acre plot of land across from the developing Summers Corner community south of Summerville in 2017, is moving forward with plans to build a new grocery store after applying for environmental permits. Warren L. Wise/Staff 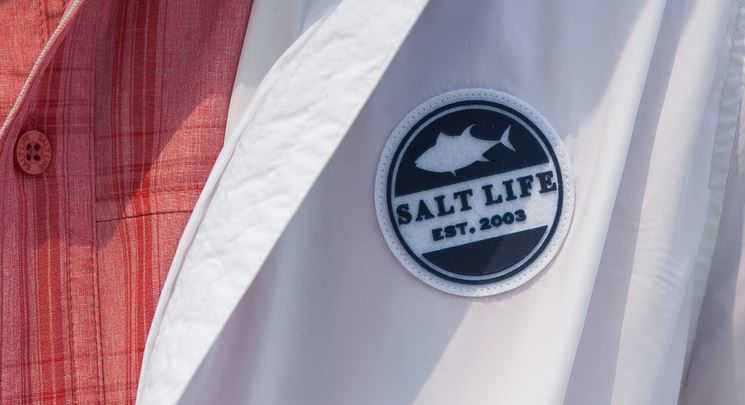 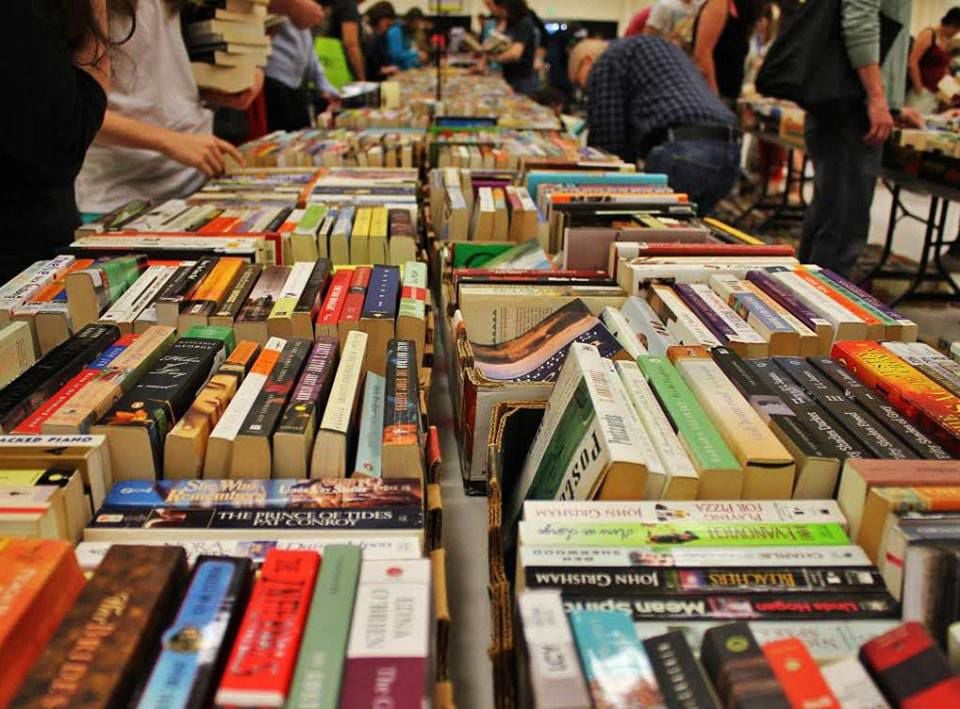 The book sale to raise money for Charleston County's libraries is set for Friday and Saturday, March 6-7, at the Otranto Regional Library in North Charleston. Provided

The suburbs of Charleston continue to add new rooftops, and retailers follow to supply products to new households.

That's why a Florida-based grocery chain is moving forward with plans for its 16th supermarket in the Charleston area.

Publix recently filed for permits from state environmental regulators to build a 51,454-square-foot store at 1612 Beech Hill Road across from the developing Summers Corner neighborhood south of Summerville.

Lennar Homes paid at least $26.1 million in 2018 for the 6,500-acre Summers Corner tract in southern Dorchester County. Up to 8,000 homes could one day be built on the large parcel. Several hundred are already on the ground.

Publix's notice to the S.C. Department of Health and Environmental Control shows no affected wetlands on the 10.2-acre site targeted for the new supermarket, but it does include stormwater and wastewater permits that will be necessary.

2 Charleston restaurants open, 2 close, another on way; new Krispy Kreme might not be last

"At this time we do not have a confirmed opening date, but we are targeting 2021," a representative of Publix's real estate development office said in an email. "In perfect world conditions, it takes about nine months from start of construction to opening."

The new store will come after the company opened four new food outlets in the Charleston area in 2019, including Publix's small-format specialty GreenWise Market in Mount Pleasant.

Publix's new conventional supermarkets that opened last year included sites on Clements Ferry Road in Cainhoy Plantation in Berkeley County, on Folly Road on James Island and in the WestEdge development on the Charleston peninsula.

Weather has delayed the grand opening of a new retailer on King Street in Charleston.

Columbus, Ga.-based Salt Life will host the grand opening of its new store on Friday.

The event originally was announced for Thursday.

Lifestyle brand Salt Life, which specializes in clothing and other merchandise aimed at ocean enthusiasts, debuted Monday but will officially launch during a savings event 5-7 p.m. Friday at 316-A King St. The space was formerly occupied by clothing store 319 Men.

The King Street store is the ninth for the retailer that was acquired by Upstate-based Delta Apparel Inc. in 2013 for $22 million. Salt Life aims to open other brick-and-mortar retail stores over the next several years.

“Charleston’s King Street is a retail and cultural hub of this historic city, and we feel that our popularity with the district residents is an obvious addition to our growing brick-and-mortar portfolio," said Jeff Stillwell, president.

From its first offerings in 2003, Salt Life has grown with distribution in surf shops, specialty stores, department stores and sporting goods retailers.

Harris Teeter to abandon 24-hour service at all supermarkets, including 3 in Charleston

A salon venture launched 11 years ago will give a former bank building in Moncks Corner a makeover by mid-year, adding a sixth location in the Charleston region.

Cirque Salon Studios will launch a new venue this summer at 337 E. Main St. in a building the firm bought that once housed SouthCoast Community Bank, according to managing partner David Manzi.

After upgrades, Cirque Salon will occupy the second floor with 15 separate studios. The company currently has more than 165 salon professionals leasing individual spaces.

The Memphis, Tenn.-based retailer applied in December for permits to add a 7,381-square-foot store next to an existing Spinx gas station and convenience store at 3665 Ladson Road.

The corner site is on Palmetto Commerce Parkway across from Bojangles’ and the freshly opened Krispy Kreme. Coast Car Wash is being built next to the doughnut shop.

A Charleston-based beachwear shop is opening a fourth location this weekend.

Las Olas will launch at 10 a.m. Saturday at 2040 South Blvd., Suite 1, in Charlotte. The 1,480-square-foot space is in the Edens Group-owned Atherton Mill, where Charleston restaurants Indaco and Oku have outposts.

"Expanding to the Charlotte area has been a dream for many years now, where the demand for high-end men’s and women’s swimwear and comfortable sustainably-sourced clothing is very strong," said Daniel James, owner of Las Olas.

A North Carolina-based grocery chain wants its customers to know the seafood it sells comes from sustainable sources.

All seafood products sold in the grocer's more than 1,000 stores are fully traceable to the wild fishery or farm.

The ODP was created by Sustainable Fisheries Partnership, a non-profit organization that works directly with the seafood industry to improve the sustainability of seafood.

"It’s important to us that our customers know where their seafood comes from, so it only makes sense to join the ODP and make public the origin of wild-caught seafood sold in our stores," Food Lion President Meg Ham said.

Food Lion operates 11 stores in the Charleston region and 116 across South Carolina.

The Charleston Friends of the Library spring book sale that was set for Friday and Saturday at the Otranto Regional Library at 2261 Otranto Road in North Charleston has  been moved to March 13-14 because of a staff-related issue.

More than 10,000 books, DVDs and CDs will be available at prices starting at $1 for paperbacks and $4 for hardbacks.