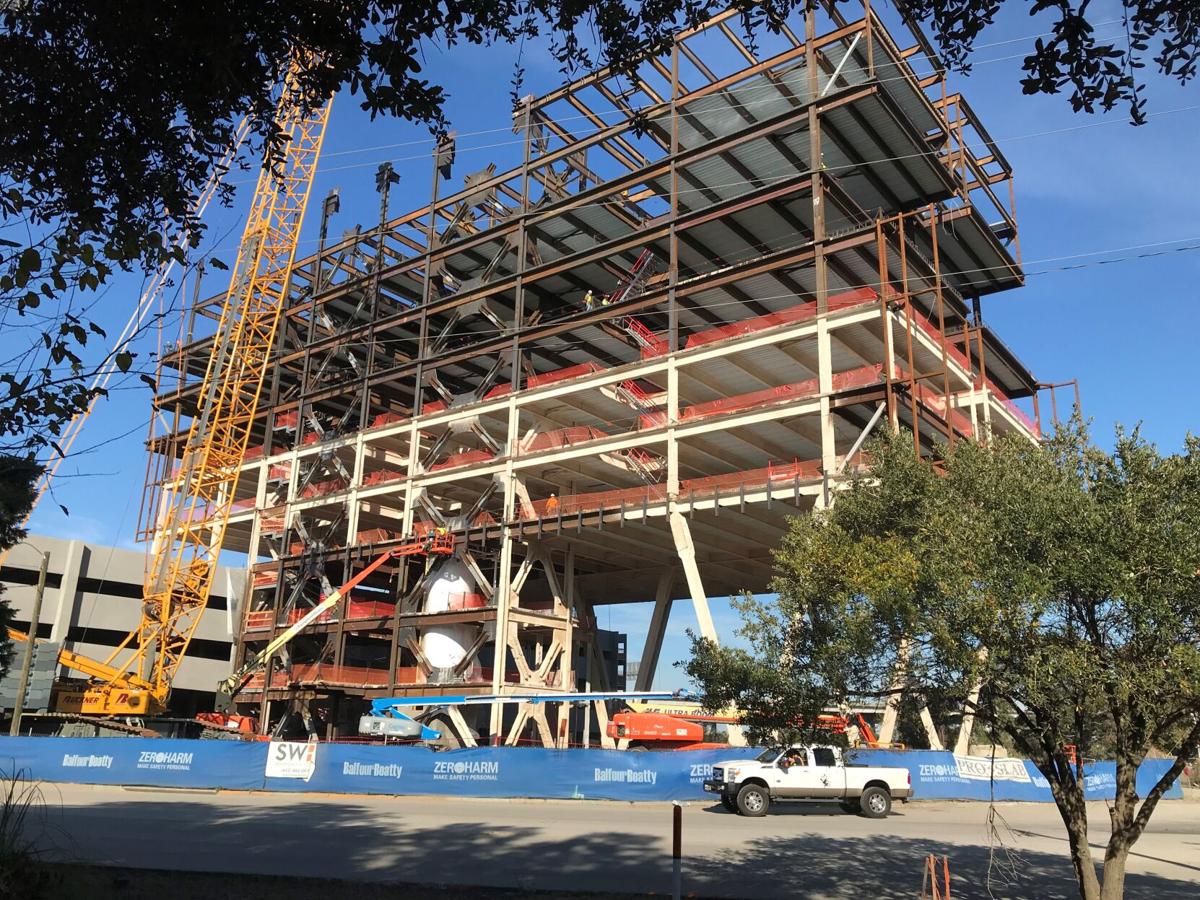 Construction continues on the 12-story Morrison Yard office building on Morrison Drive on the Charleston peninsula. Pinnacle Financial Partners will move into the 11th floor next summer when the building is completed. The top floor will serve as an event space overlooking the peninsula, the Ravenel Bridge and Charleston Harbor. Warren L. Wise/Staff 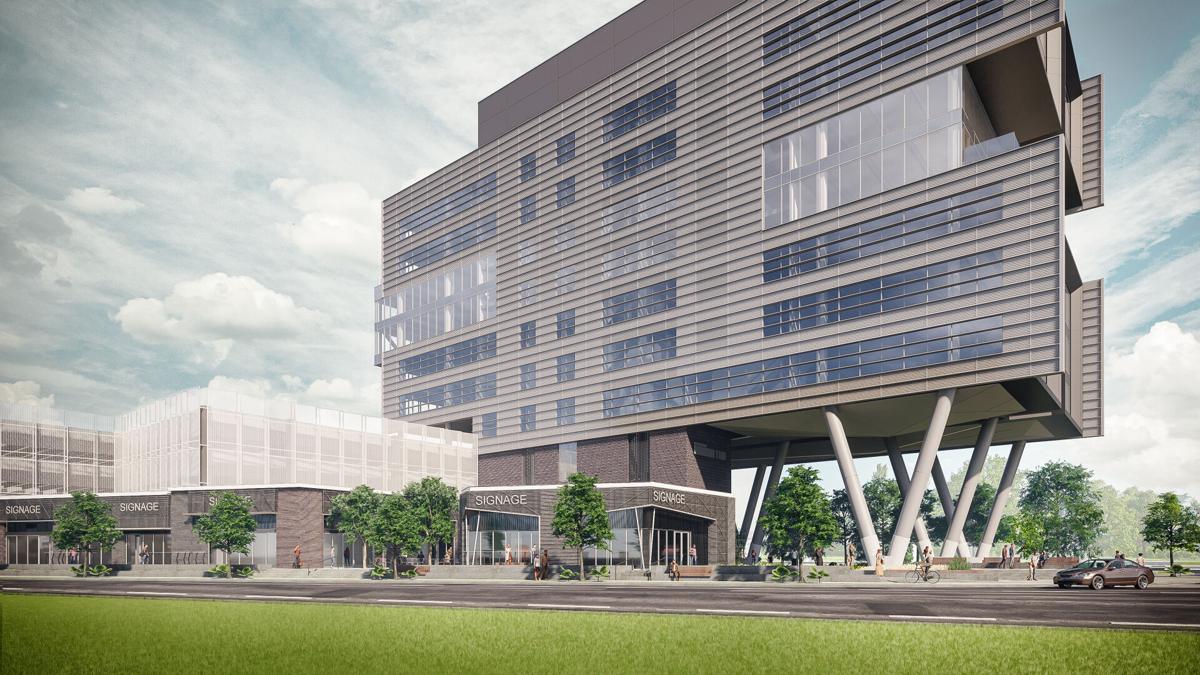 Pinnacle Financial Partners has signed a lease to occupy the 11th floor of Morrison Yard, a $71 million office building under development on the Charleston peninsula. Completion is expected in July 2022. Morrison Drive is in the foreground. Rendering/ASD|SKY

A Tennessee-based bank plans to move its main coastal South Carolina office into the entire 11th floor of a 12-story building under construction on the Charleston peninsula.

Pinnacle Financial Partners, with its main Lowcountry office now in Mount Pleasant, will relocate into 20,372 square feet in Morrison Yard Office when the building is completed in July.

The Nashville-based bank will occupy the top office floor, just below the 12th-floor penthouse event space that has been leased by Indigo Road Hospitality Group.

The bank also will offer a full-service branch in 2,282 square feet at street level on the site at 850 Morrison Drive.

Mount Pleasant movie theater closes after being sold to Charlotte firm for $14.25M

The full-service retail banking office on Johnnie Dodds Boulevard in Mount Pleasant, where the main office is now located, will remain open after the move, while the Meeting Street branch will relocate to Morrison Yard.

"Pinnacle is growing into one of Charleston’s premier banks, and this move is evidence of our belief and investment in the market," said Mary Garcia, Pinnacle’s regional president on the South Carolina coast.

She noted Pinnacle is now the sixth-largest bank in the Charleston metro area based on deposit market share.

Garcia also pointed out the move is "a significant commitment from Pinnacle" for the bank's expected "continued growth" in the Charleston area.

Pinnacle's lease also underscores the growing attraction of the North Morrison Drive area for banks, law firms and service providers that have traditionally been concentrated on Charleston's lower peninsula, according to Jeff Mixson, a co-owner of the new office building and founder and principal of Mixson Properties.

The 147,947-square-foot building at the base of the Ravenel Bridge features 20,000-square-foot floorplates as well as 9,000 square feet of ground-floor retail space.

At 180 feet, the new structure will be the tallest office building on the Charleston peninsula, Mixson said. That distinction previously went to the eight-story, 125-foot 22 WestEdge building on the opposite side of the peninsula.

The new building will offer views overlooking Charleston Harbor, the peninsula and the Ravenel Bridge.

Among tenants already lined up at the developing site is the regional law firm of Parker Poe, which will move from Bank of America Place at 200 Meeting St. into about 12,000 square feet on the sixth floor.

Brian Connolly of JLL called the structure "the most iconic office building ... in Charleston."

The first office floor is the fifth story since the $71 million undertaking is being built 50 feet in the air on V-shaped pillars amid an open-air plaza.

Floors five, eight, nine and 10 have not been leased, though Mixson said he is working with a couple of prospects.

The structure includes a rain garden, electric charging stations and parking. Also, a path for pedestrian access is being constructed from the office campus to the Ravenel Bridge.

Next to the office building is Morrison Yard Apartments, a 10-story, 386-unit project under development at 838 Morrison Drive. Its first units are expected to be available in 2022.