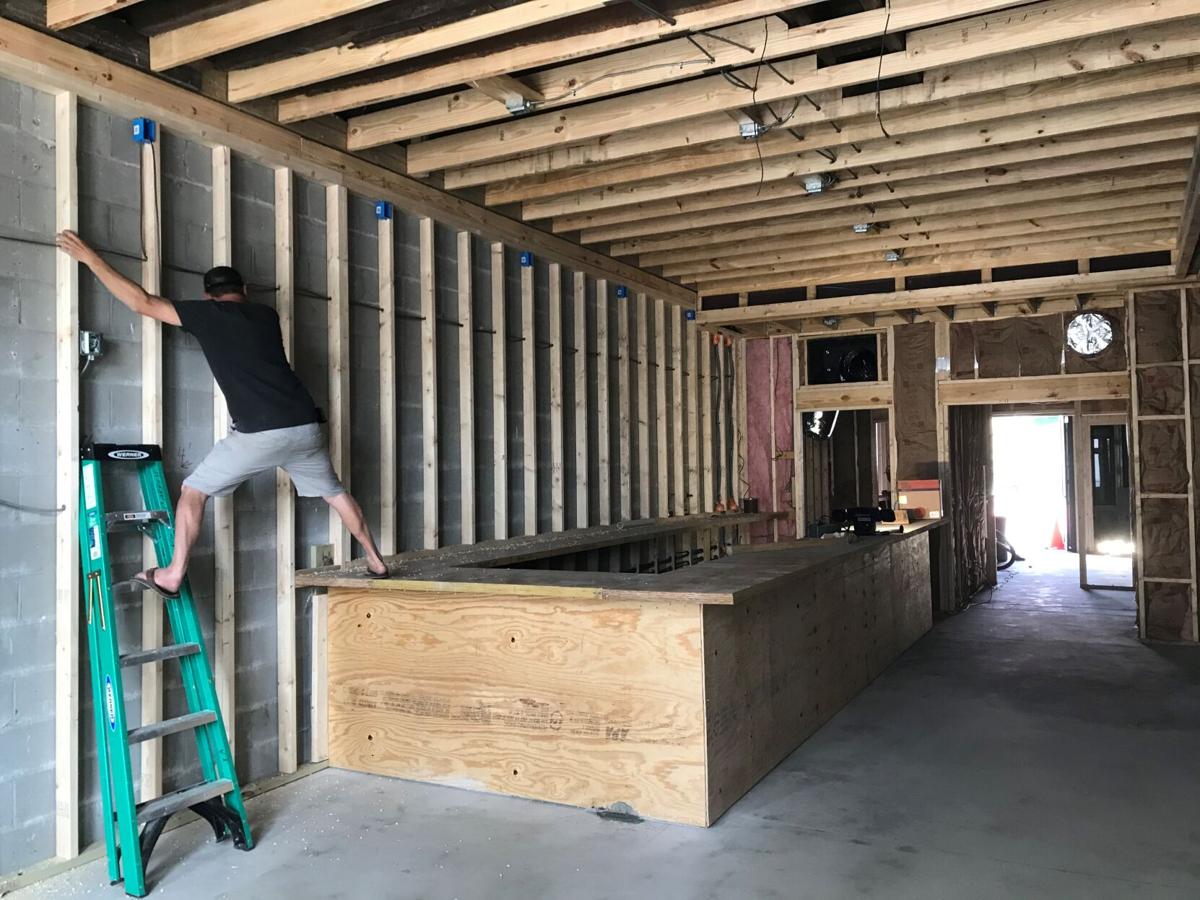 Construction is underway on a new bar at 472 Meeting St. across from the Greystar Real Estate Partners building. It will be called Last Saint, with a targeted opening time frame of early summer. Warren L. Wise/Staff 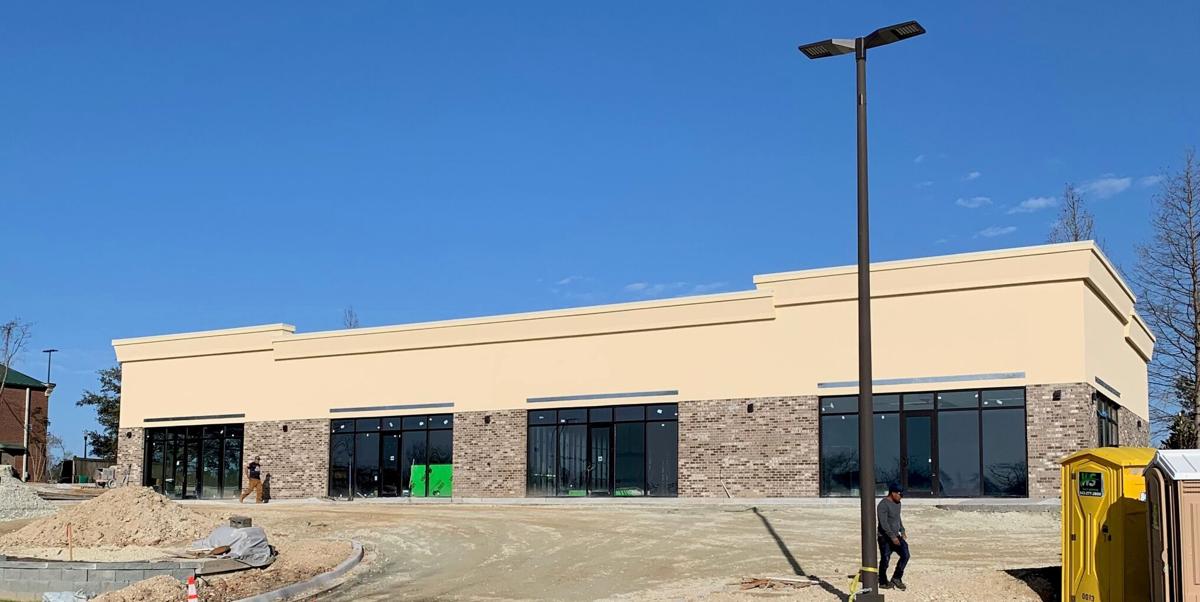 A small retail center is nearing completion in front of Walmart in Moncks Corner, where four new tenants will open by late spring or early summer. The Shopping Center Group/Provided 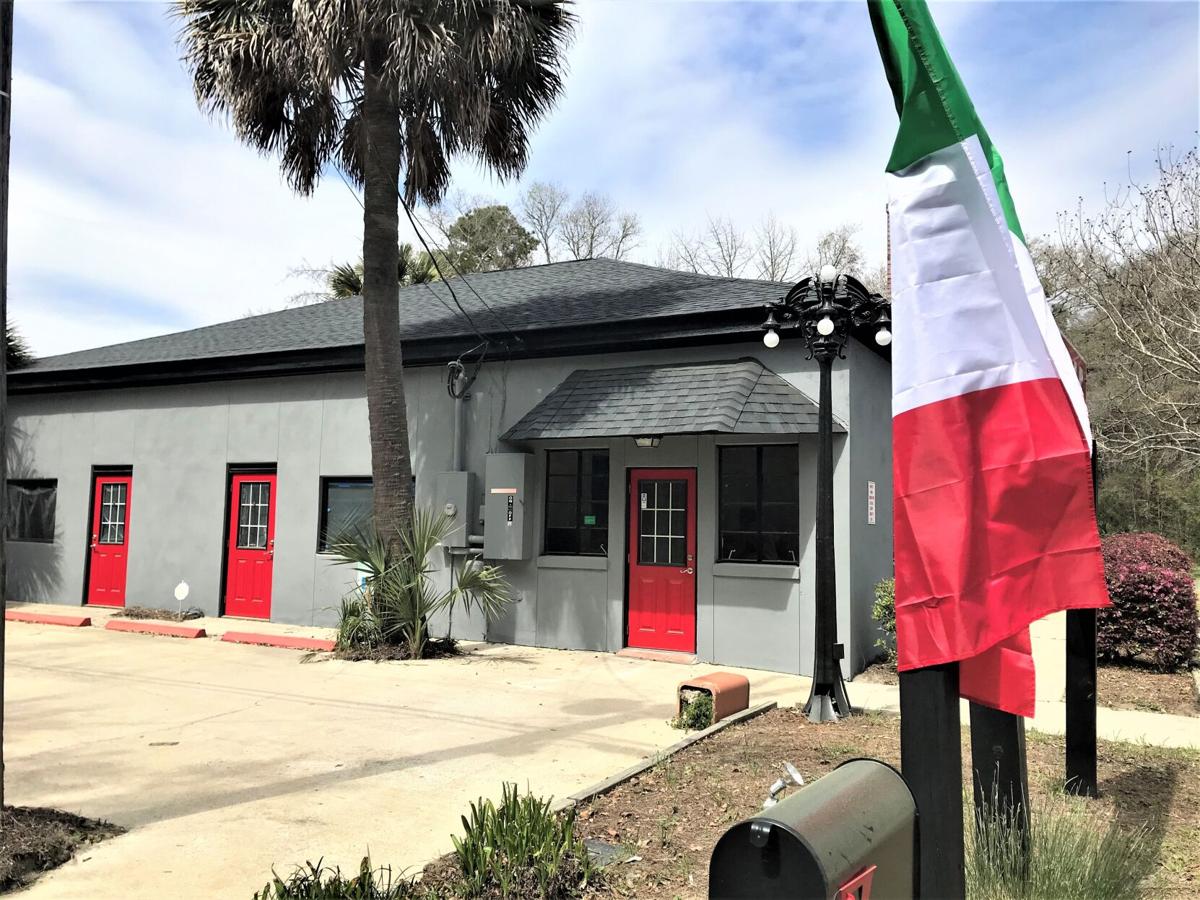 An Italian restaurant that left downtown Charleston during the pandemic soon will come to life again in Hollywood. Alfredo Temelini is upfitting the space at 6350 Highway 162 as the new location of Pane e Vino. Warren L. Wise/Staff 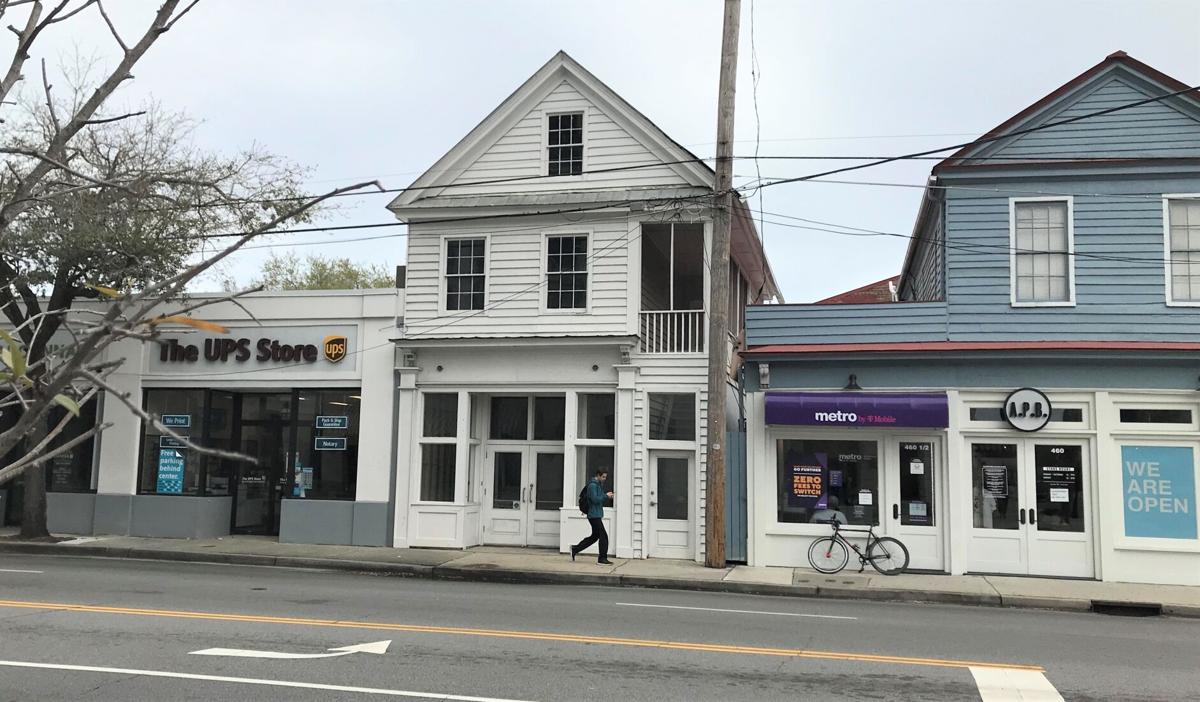 The storefront at 472 Meeting St. between The UPS Store and Metro by T-Mobile is slated to become a new bar called Last Saint by early summer. Warren L. Wise/Staff 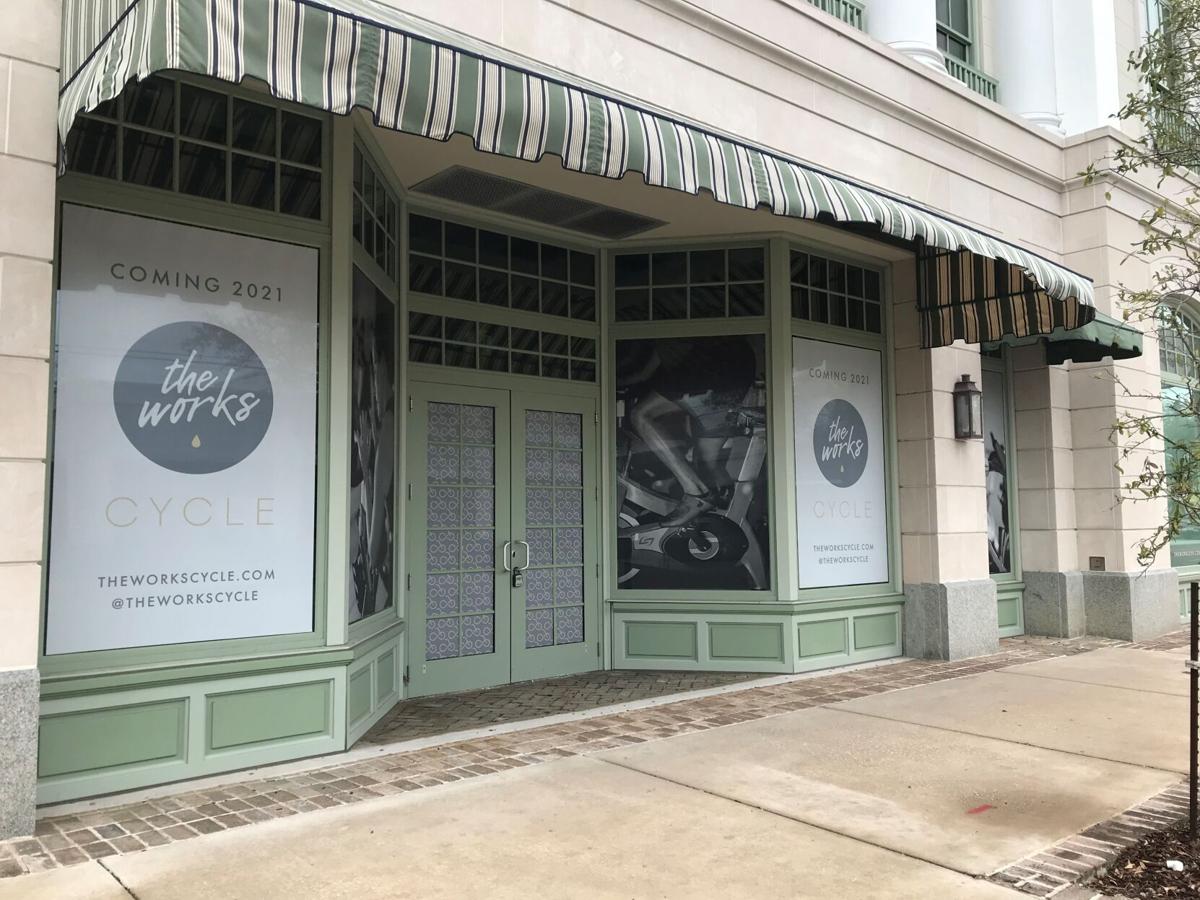 The Works Cycle plans to open this summer at 465 Meeting St. in the ground floor of the Greystar Real Estate Partners building on the Charleston peninsula. Warren L. Wise/Staff 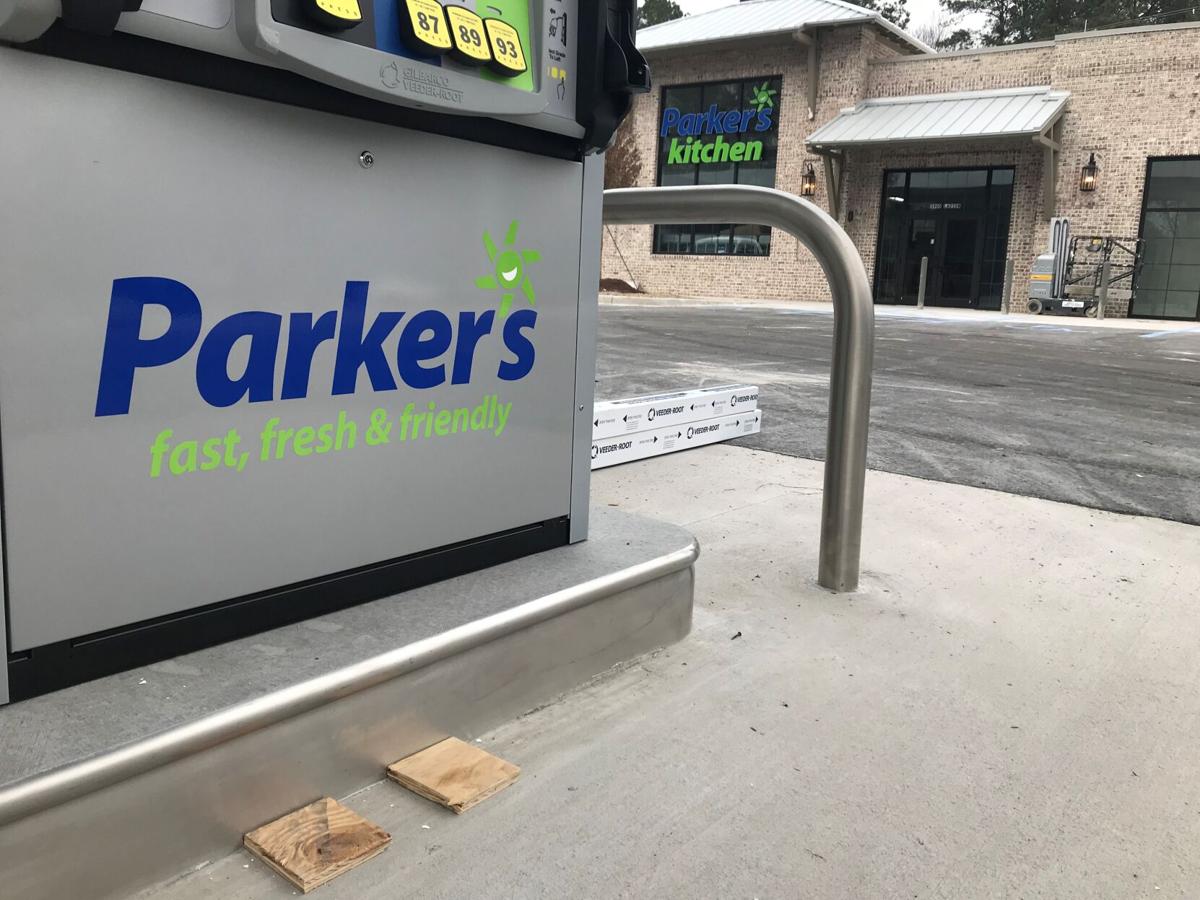 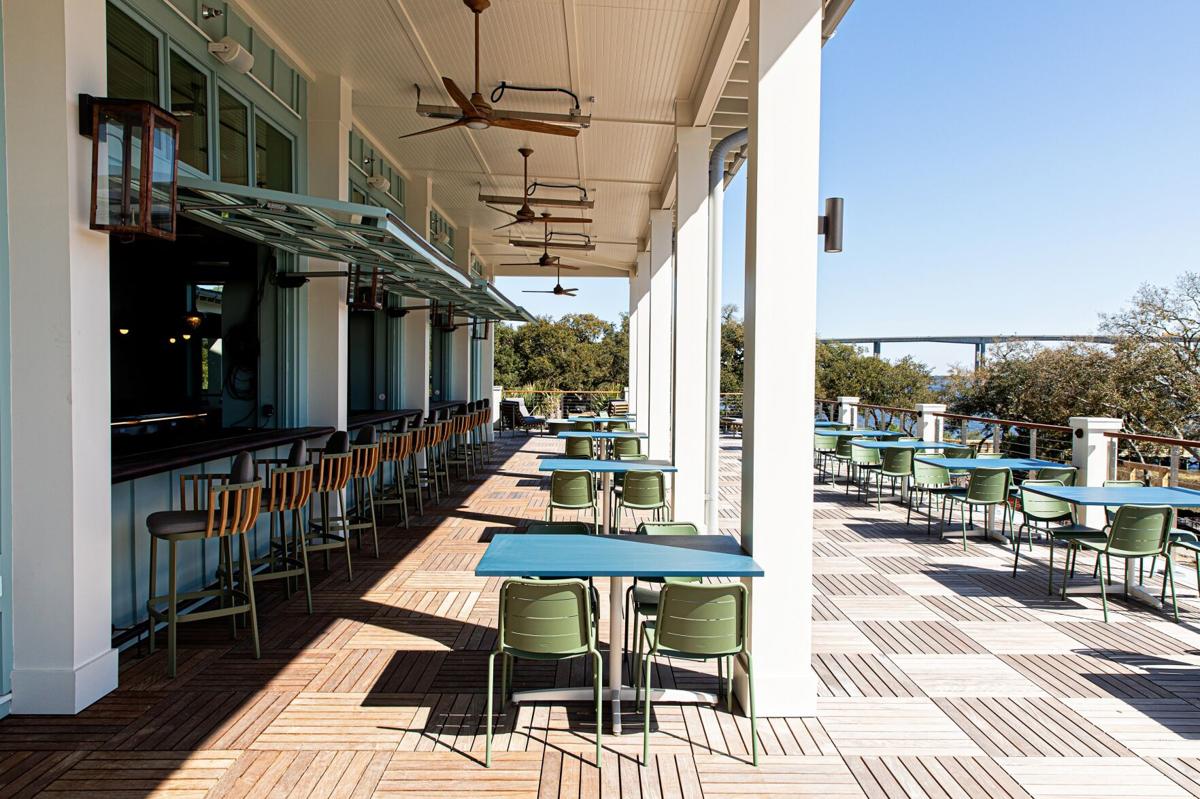 Several new retail shops and dining venues are in the works from the Charleston region's peninsular core to the growing towns on the edges of the metro area.

In Moncks Corner, AT&T, Jersey Mike's Subs and Marco's Pizza have signed on as tenants in a 5,400-square-foot structure nearing completion in front of Walmart off of U.S. Highway 52, according to Jeff Yurfest with The Shopping Center Group, the commercial real estate firm that handled the leases.

A deal is being finalized for a national hair salon for the remaining vacancy, and most tenants should be open by late spring or early summer, Yurfest said.

Owner Cornell Bright said the shop will feature modern clothing for men and women, including brands such as Nautica and Simply Southern.

It's open 10 a.m.-7 p.m. Monday through Saturday, with plans to open on Sunday once it becomes more established.

Fans of an Italian restaurant that closed during the pandemic last year will be happy to know it's returning, but not in downtown Charleston.

Alfredo Temelini plans to relaunch Pane e Vino, tentatively in May, in the former Old Firehouse Restaurant site at 6350 Highway 162 in Hollywood. That's about 20 miles south of the former dining venue's site on Warren Street on the peninsula, where Indian fare restaurant Coterie recently opened.

Temelini said he chose the location because the rent is less expensive than the downtown area and he believes the town of Hollywood is growing with new residents and shops.

Up the street near Piggly Wiggly supermarket, a new pizza restaurant opened in November in a building where the operator plans to open a store next door by April as a fresh market.

Also in the works is a new venue coming to the Charleston peninsula by early summer.

Work is underway on new bar at 472 Meeting St., between The UPS Store and Metro by T-Mobile, where mixologist Joey Goetz, formerly of The Belmont cocktail bar on King Street, plans to launch Last Saint with partners Brandon Bramhall of Nashville and Zachary Pease of New York City.

Goetz also was involved with three business partners — Hank Weed, Alex Lira and John Griffith — in the opening of Bar George on James Island in 2020, where he continues to mix drinks. Goetz plans to split his time between the two venues after the new bar opens.

Meanwhile, just a few doors away, café and smoothie bar Oasis, which opened in November behind the F45 fitness site at 476 Meeting, plans to add alcohol to its offerings as soon as it gets its state permit.

The alleyway café is across the parking lot from the Family Dollar store that has undergone a total makeover and is expected to reopen in about a month, according to a worker on site March 23.

The two-story Kingstide, the latest offering from The Indigo Road Hospitality Group, can be found at 32 River Landing Drive next to the Wando River.

Executive chef Kevin Getzewich offers a variety of seafood dishes along with vegetables and other items. The venue includes a full bar as well.

The main dining room offers 76 indoor seats and 52 outdoor seats while the second floor has 56 seats indoors and 85 on the deck.

Reservations are available for the main dining room, which is open after 5 p.m. each day except Tuesday, when the restaurant is closed. Seating for the upstairs area is open on a first-come, first-serve basis after noon on weekends and midafternoon on other days.

A new smoothie shop is coming to a former restaurant on James Island.

Tropical Smoothie Café is moving into the building that housed Hen and the Goat at 869 Folly Road, according to The Shopping Center Group. An opening date has not been announced. Hen and the Goat closed last September because of the pandemic.

T-Mobile is now open at 1576 Bells Highway off of Interstate 95. Previously, the carrier's nearest retail locations were in Charleston and Summerville.

The store offers devices, service plans and an in-person bill-paying option as part of the company's effort to expand into small towns across the U.S.

A downtown Charleston fitness site is looking to expand by this summer.

The Works Cycle plans to open a new space at 465 Meeting St., on the ground-floor of apartment giant Greystar Real Estate Partners' headquarters. The Works offers fitness classes next door to the site now.

The 2,300-square-foot space will include a cycle studio with 40 indoor bikes and two infrared saunas.

Carter Foxworth and Sarah Frick are the business partners involved in the expansion.

More convenience stores are on the way to the Charleston area.

Savannah-based Parker's Kitchen opened its ninth location in the region on March 24 at Ladson Road and Limehouse Drive near Summerville. A Wash Wizard car wash is planned next to the site.

At least six other Parker's stores are planned to be developed this year in the region, while 25 more are proposed to open by 2025.

The company recently applied for an alcohol permit to sell beer and wine for seven-day, on-premise consumption at 2520 N. Main St., also known as U.S. Highway 17-A, in the developing Carnes Crossroads community in Berkeley County. It's expected to open by early summer.

A similar permit is being requested for a future Refuel location at 1705 Clements Ferry Road near the Publix-anchored Point Hope Commons Shopping Center in the Cainhoy section of Charleston in Berkeley County. It's set to open later this year.

Refuel also plans to build a store on James Island where Claire's Service Station and Smith Family Cleaners once operated on Folly Road near Tatum Street. The company recently requested a zoning change for part of the site from limited business to general business. Construction is expected to start there later this summer.

Refuel wanted to build another location where Hospital Drive meets Bowman Road in Mount Pleasant, but the town's Board of Zoning Appeals rejected the proposal a second time in February after a judge ordered a rehearing.

Refuel currently has seven stores in the Charleston area.