Neighborhood Tap House plans to open a second location in North Charleston by early fall. The bar and restaurant is upfitting a space in Festival Centre Shopping Center at Ashley Phosphate and Dorchester roads. David Wren/Staff 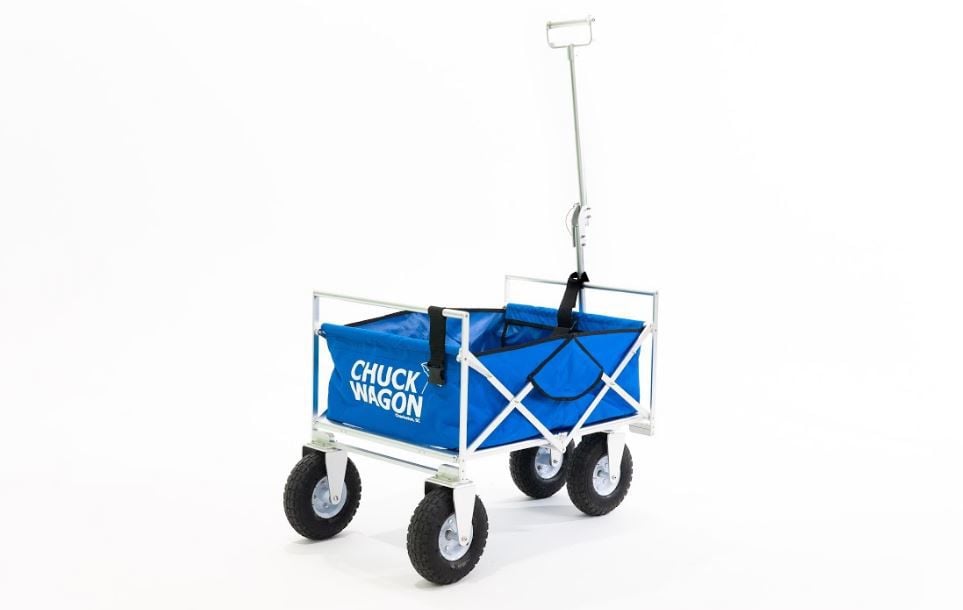 The Chuck Wagon is a new creation of Charleston resident John McCollum to haul supplies to the beach. Provided 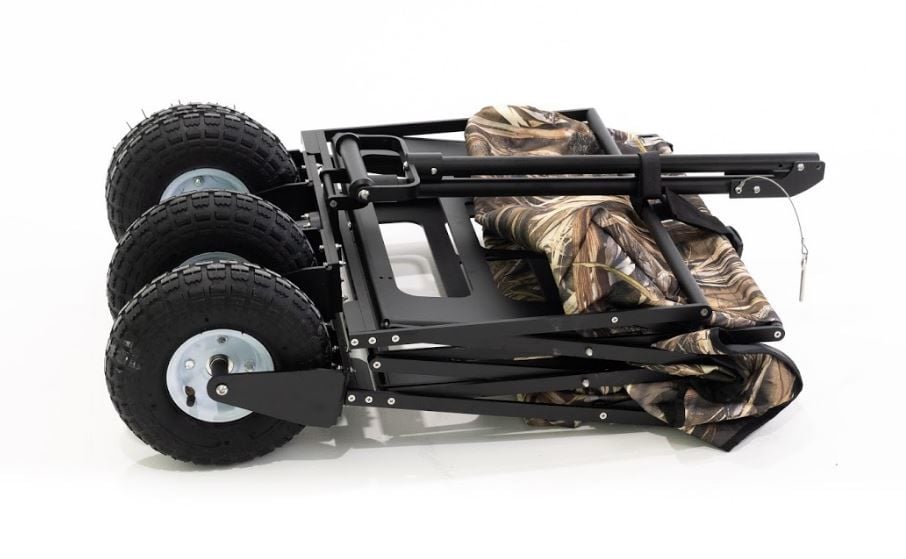 The Chuck Wagon, a device used to transport items to the beach or elsewhere, folds up for storage. Provided 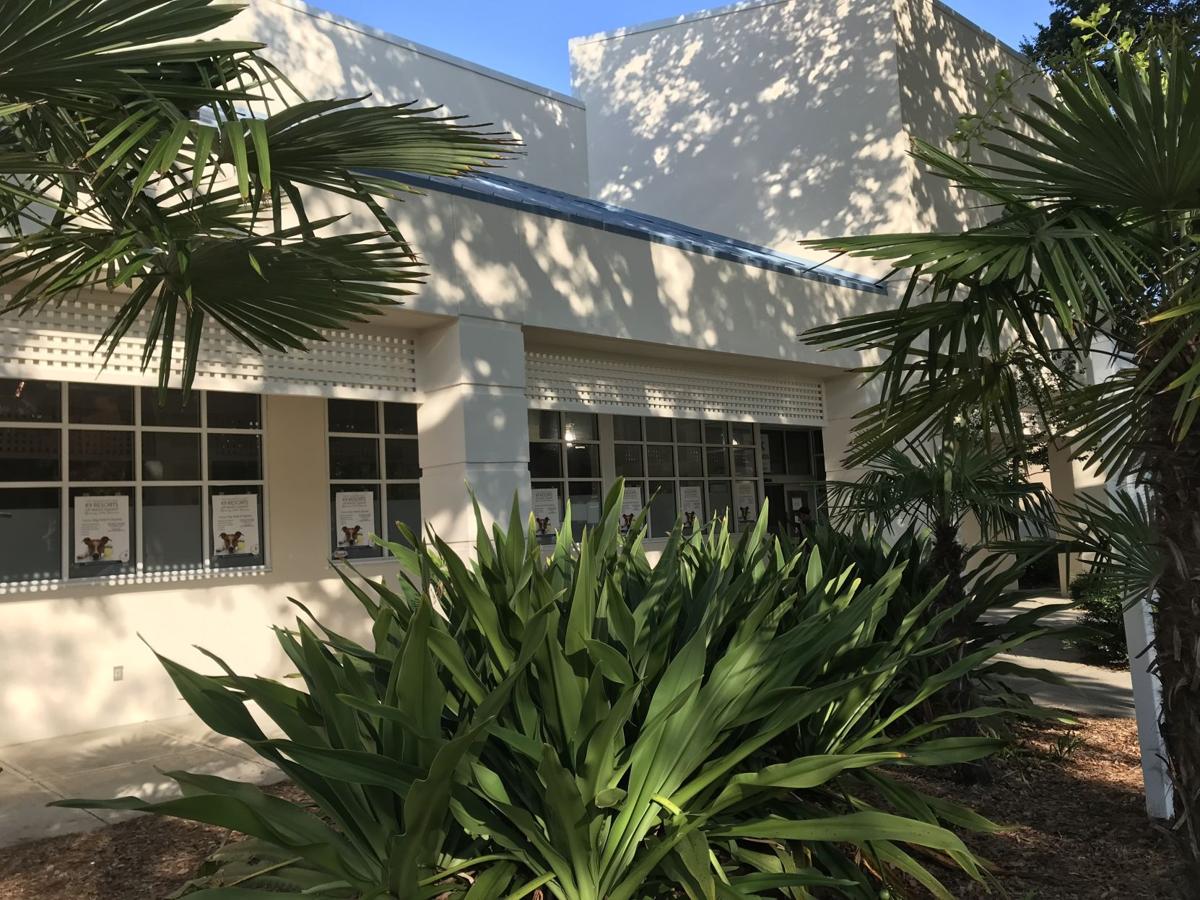 The restaurant and bar opened its original location at 2110 Greenridge Road off Rivers Avenue in North Charleston in 2015, according to business partner Fred Cavedo.

He hopes to have the venue open by the end of August, but he said construction is still underway so the launch is open-ended at this time.

In Ladson, a new breakfast, brunch and lunch restaurant is now serving.

Eggs Up Grill opened Monday at 3679 Ladson Road in front of Walmart Neighborhood Market. Its hours are 6 a.m. to 2 p.m. daily. Another Eggs Up Grill is coming to the new Harris Teeter-anchored shopping center under development in West Ashley Circle.

Marc Cotone, owner of the new Ladson location, cited "the high volume of traffic, yet general lack of dining options in the Ladson Road/Palmetto Commerce Parkway area" when discussing the location choice.

“Eggs Up Grill continues to be a perfect fit for growing areas like Ladson, and we saw a great need here for the quality product and customer service that this brand is known for," Cotone said. "We look forward to partnering with this community and becoming a hub of local activity, all while serving our neighbors for breakfast, brunch and lunch.”

The restaurant has three other locations in the Charleston area. They are in Cane Bay in Berkeley County, northern Mount Pleasant and the Knightsville area of Summerville.

The UPS Store will open a new location on the Charleston peninsula by November.

The packaging and printing company will move into a space at 472 Meeting St., Suite C, at Columbus Street.

"As development on the Peninsula continues to grow, we found that many areas were underserved," said UPS Store franchisee Michael Cunningham. "By opening on the corner of Meeting and Columbus streets, our goal is to help people by providing them with the best possible print and business services without having to cross the peninsula to get them.”

A former retail shop in the Charleston region is being transformed into what is being called South Carolina's first luxury dog hotel.

Kim Tryon, a veterinary tech dedicated to animal care for more than 15 years, will own and operate the facility. The Fanwood, N.J.-based business plans to open in September.

4 new restaurants opening in Charleston; tobacco shop on way with cigars up to $1,800 each

Through Aug. 27, Bi-Lo customers can round up their purchase to the nearest dollar or make a donation of their choice at the register to support the American Heart Association’s fundraising campaign "Life Is Why We Give."

A new music venue is now open in downtown Charleston.

Forte Jazz Lounge can be found at 475 King St. in the former Pure Theater site, according to a statement from the performance venue.

Old camera equipment and film can be exchanged for cash at a West Ashley shop Friday and Saturday.

Also, Peachtree Camera will be on hand to clean and align camera lenses for a fee.

A Charleston man who developed a new wagon to haul supplies to the beach will showcase his wares at the new Yeti store in downtown Charleston during Second Sunday on King Street this weekend.

Yeti is located at 360 King St. Second Sunday runs 1-5 p.m., when King is closed to vehicular traffic from Calhoun to Queen street.

More visitors have meant a stronger market for fine dining in Columbia, but it's still vital to keep prices reasonable and win over the locals, longtime mainstays in the field say.