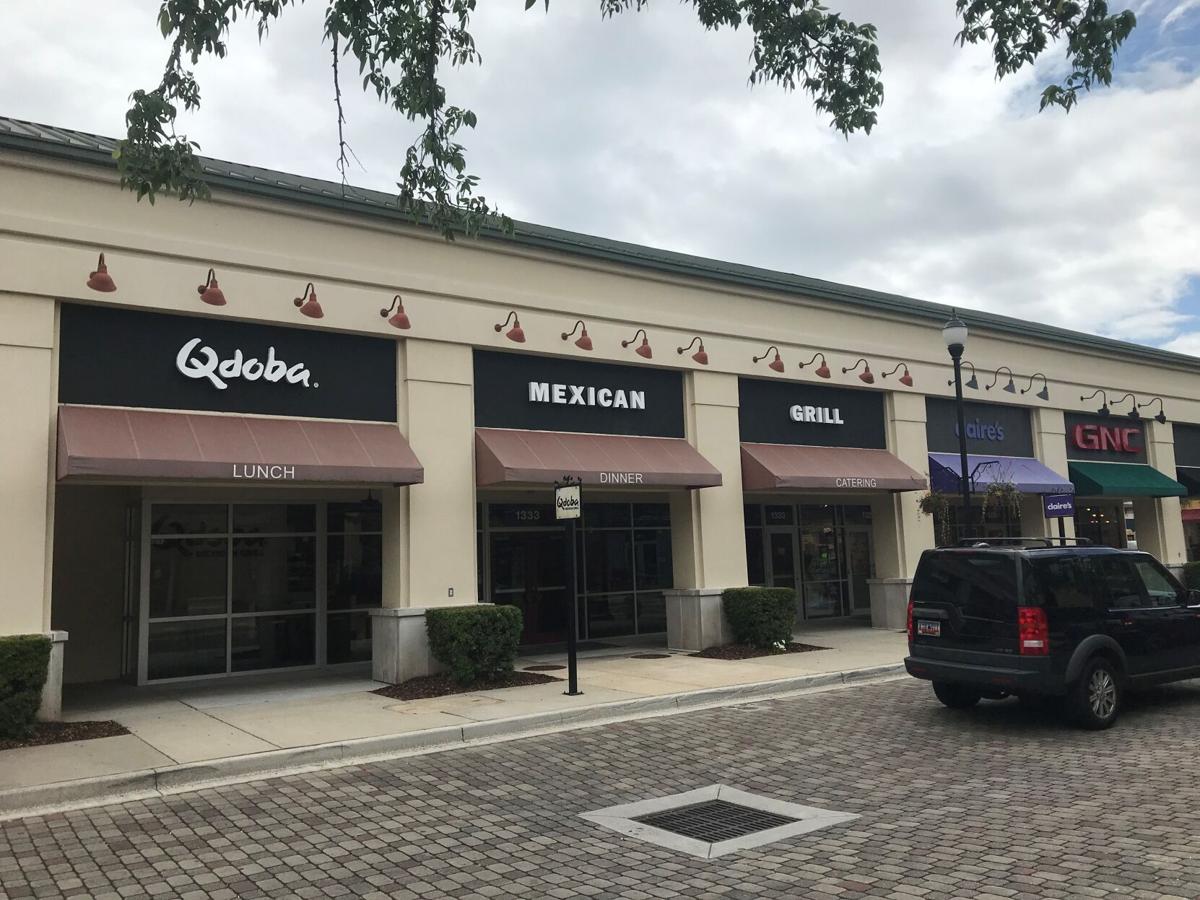 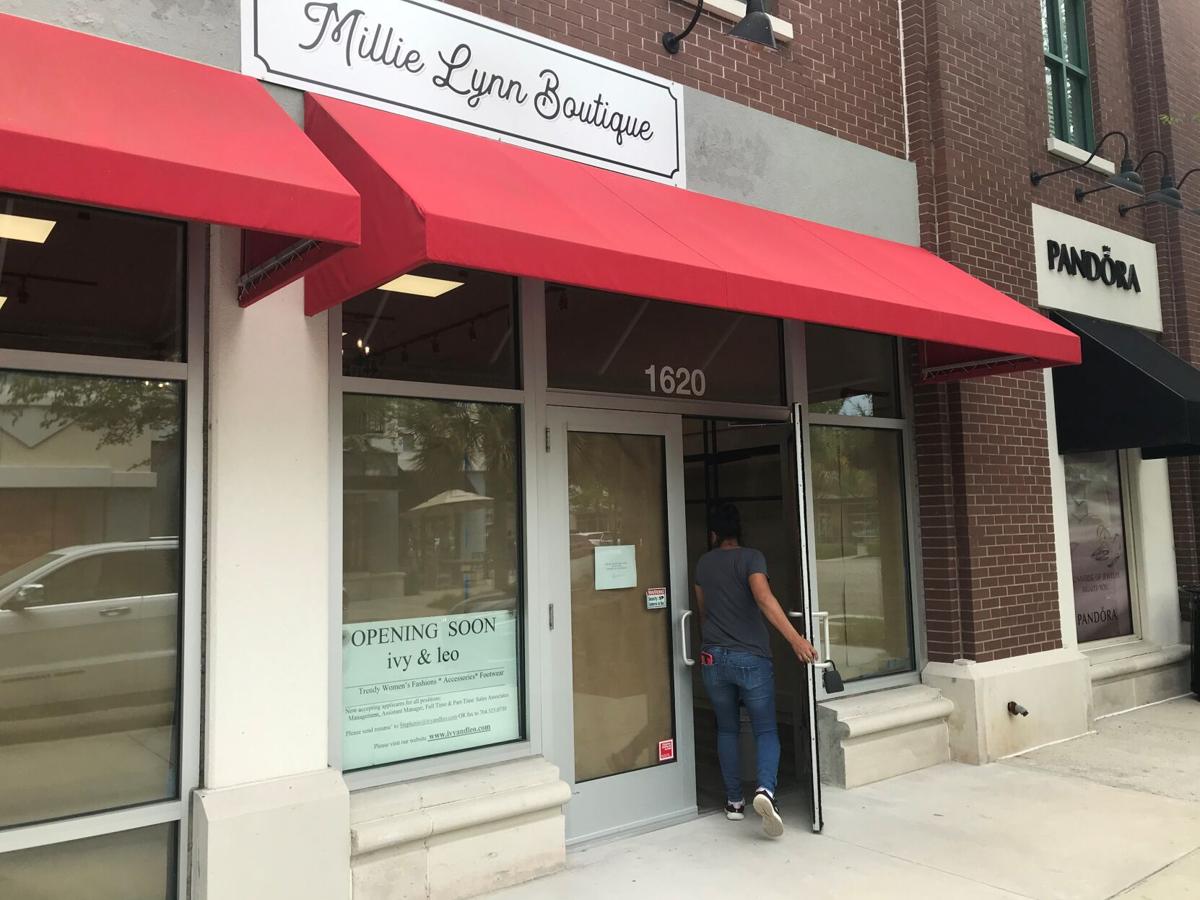 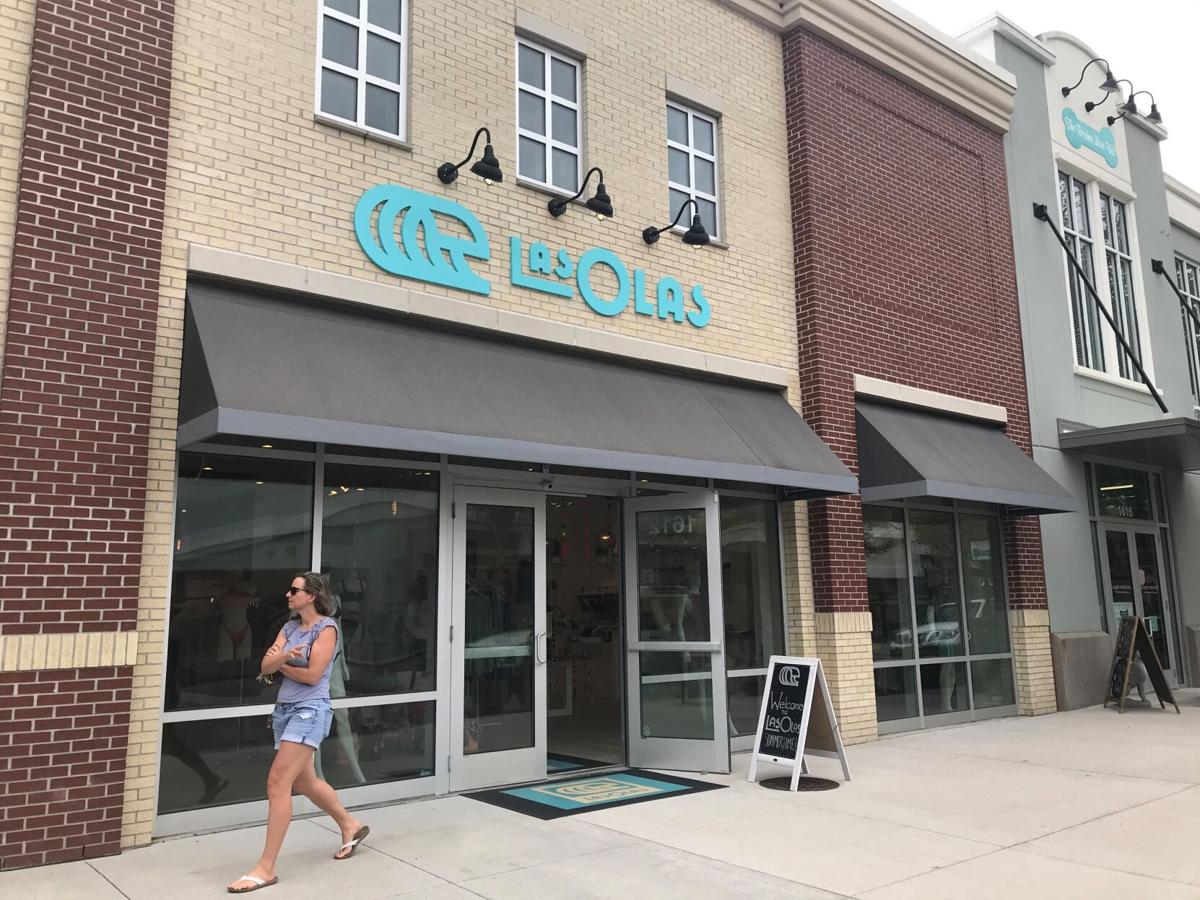 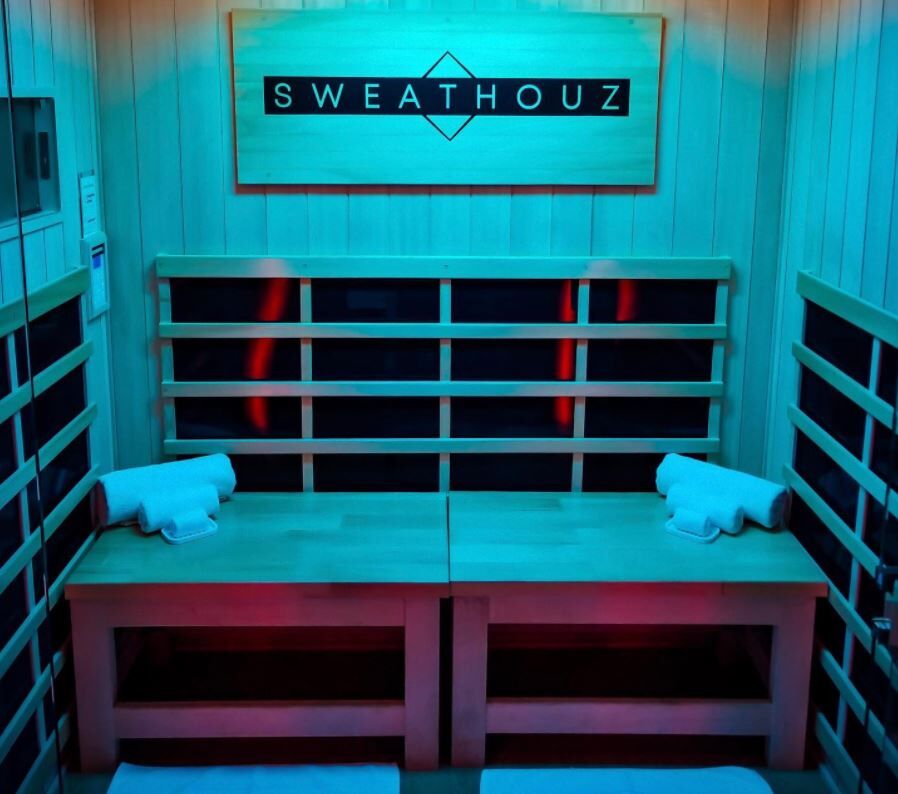 SweatHouz is a new spa coming to West Ashley in September. Another one opened in Mount Pleasant in 2020. Provided 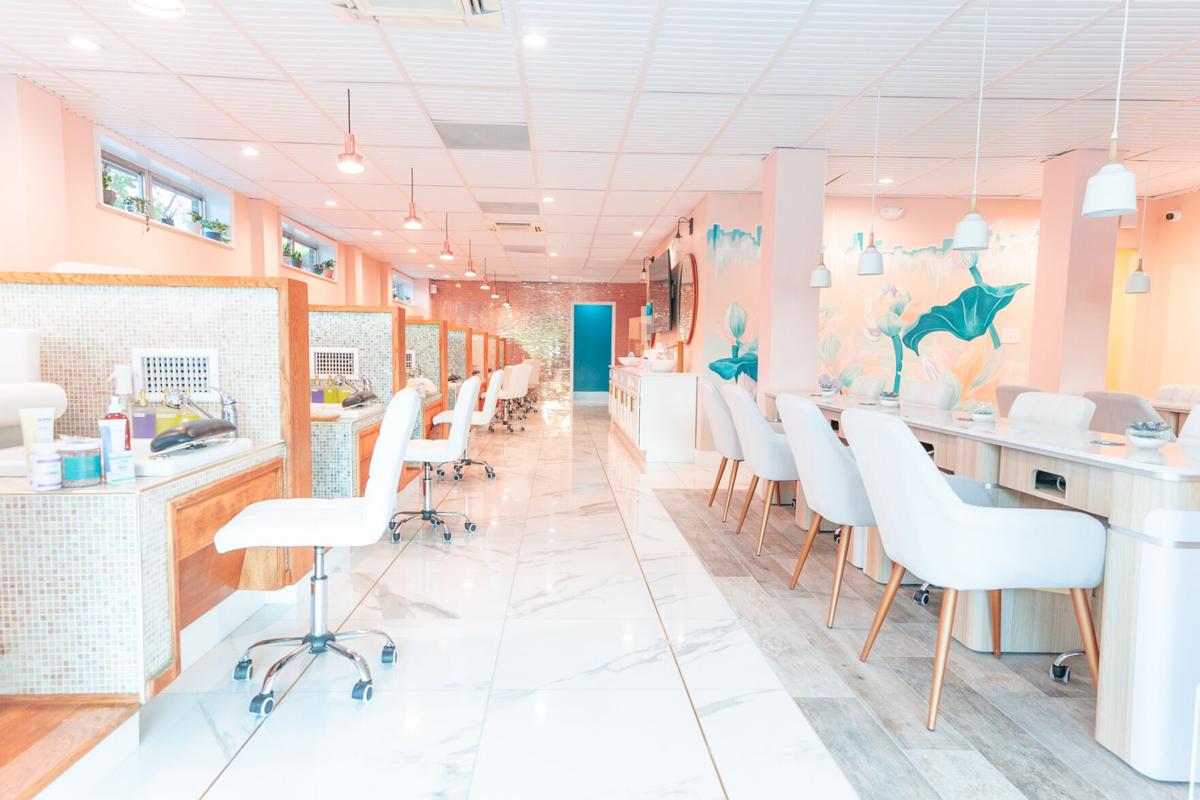 The Nail Place is a new salon at 243 Calhoun St. in downtown Charleston. It will celebrate its grand opening June 5. The Nail Place/Provided

Mount Pleasant Towne Centre soon will see a new restaurant and new stores as other shops relocate in the East Cooper retail center.

On the food front, the same team that brought Pakistani food offering Ma'am Saab to Charleston, is opening a new canteen-style venue called Malika at 1333 Theatre Drive in the space formerly occupied by Qdoba Mexican Grill, which closed during the COVID-19 outbreak in early 2020.

Malika refers to "queen" in the Urdu language spoken in Pakistan.

"Street food is an essential part of everyday life in Pakistan," said Maryam Ghaznavi, chef and co-owner of Malika and Ma’am Saab. "Whether it’s a quick lunch with a friend, a midday tea ... or a quick snack to cool off after a summer shopping spree, we all turn to the ever-creative, never-disappointing foods sold by hard-working vendors along the busy streetsides."

Ghaznavi and her husband and restaurant co-owner, Raheel Gauba, live in Mount Pleasant, but they say South Asian food is not represented in their town.

"The best place in Mount Pleasant to have Pakistani food has been at our dinner table," Gauba said half-jokingly. "But that changes now. We’re so excited to extend our dining room to our guests here in Mount Pleasant."

Ghaznavi promises to curate dishes that deliver on the complex flavors from the streets and canteens of Lahore, Karachi, Peshawar and other Pakistani areas.

Customers can expect classic canteen dishes such as curried lentils with basmati rice and a selection of hot and cold drinks, including homemade lemonade.

Ghaznavi and Gauba plan to transform the former Jestine's Kitchen space on Meeting Street into Ma'am Saab by July or August after the Workshop incubator where the restaurant started closed in May.

The new canteen-style restaurant comes from the same team that brought Charleston’s first Pakistani restaurant, Ma’am Saab, which will take over the former Jestine's Kitchen space on Meeting Street in downtown Charleston by July or August.

Also at Towne Centre, Ivy & Leo, a women’s clothing and accessories boutique, will open by mid-June at 1620 Palmetto Grande Drive between Hairy Winston and Pandora. It will be Ivy & Leo's third location in South Carolina. Other stores are in Myrtle Beach and Columbia.

Also in the apparel line, a new children's boutique will be announced by mid-June in the shopping center.

Las Olas, which offers swimwear, activewear and loungewear, has relocated and expanded into a larger site at 1612 Palmetto Grande Drive, where Apricot Lane operated before closing in April.

A new retail store is on the way to downtown Charleston.

Tijon perfume, cologne and accessories shop, plans to host a grand opening July 1 in a 1,100-square-foot space at 344 King St., according to Carolina One Real Estate's commercial division, which represented the tenant.

The franchise operation was originally established in 2007 with a location in St. Martin. It also will offer a variety of classes to teach customers how to create their own custom fragrance that they bottle and take home.

A new downtown Charleston place to get pampered will celebrate its grand opening 11 a.m.-2 p.m. June 5.

The Nail Place at 243 Calhoun St. will offer raffle prizes, live music, light bites and refreshments as part of its official launch. Offering manicures and pedicures along with spray tans and facials, it's open by appointment 10 a.m.-7 p.m. Monday through Saturday.

With more than 30 years of experience and 14 of owning her own salon, owner Ann Le said the spa features a pedicure wall fitted with comfortable chairs, offering privacy with half-wall separations on a raised platform. Each station comes with phone chargers.

A Daniel Island-based home furnishings firm that started as a wholesale operation in 2016 is opening its flagship brick-and-mortar shop on the island.

Imagine Home will launch its grand opening June 7 at 297 Seven Farms Drive. The 1,250-square-foot shop will emphasize handcrafted materials from marginalized communities around the world, offering upholstery, lighting, artwork and other items, according to Ryan Lantz, director of marketing. His wife, Staci Lantz, is the CEO and owner.

Its products can be found with national online retailers such as One Kings Lane and Wayfair. A new e-commerce website will be offered later in June.

A sixth Take 5 Oil Change shop is on the way to the Charleston region.

The Louisiana-based company plans to build a new store at 470 U.S. Highway 52 in Moncks Corner, across from Walmart Supercenter and Tractor Supply and adjacent to the new Popeyes Louisiana Kitchen, according to Will Sherrod of the commercial real estate firm NAI Charleston, who handled the transaction.

Sherrod also represented the developer on the land purchase of the Take 5 site under construction at 217 St. James Ave. in Goose Creek. It's set to open in June.

An Atlanta-based fitness brand is opening a second Charleston-area site.

SweatHouz plans to open in September at 835 Savannah Highway in West Ashley.

The fitness facility offers customers a chance to sweat out toxins, slim down and relieve stress in private infrared saunas.

"If you’ve never been before, the SweatHouz experience is unmatched if you want to relax, recover, rejuvenate and enjoy the most benefits in an upscale, luxurious environment with top-notch service," said Jamie Weeks, founder and CEO of Legacy Franchise Partners, owner of SweatHouz.