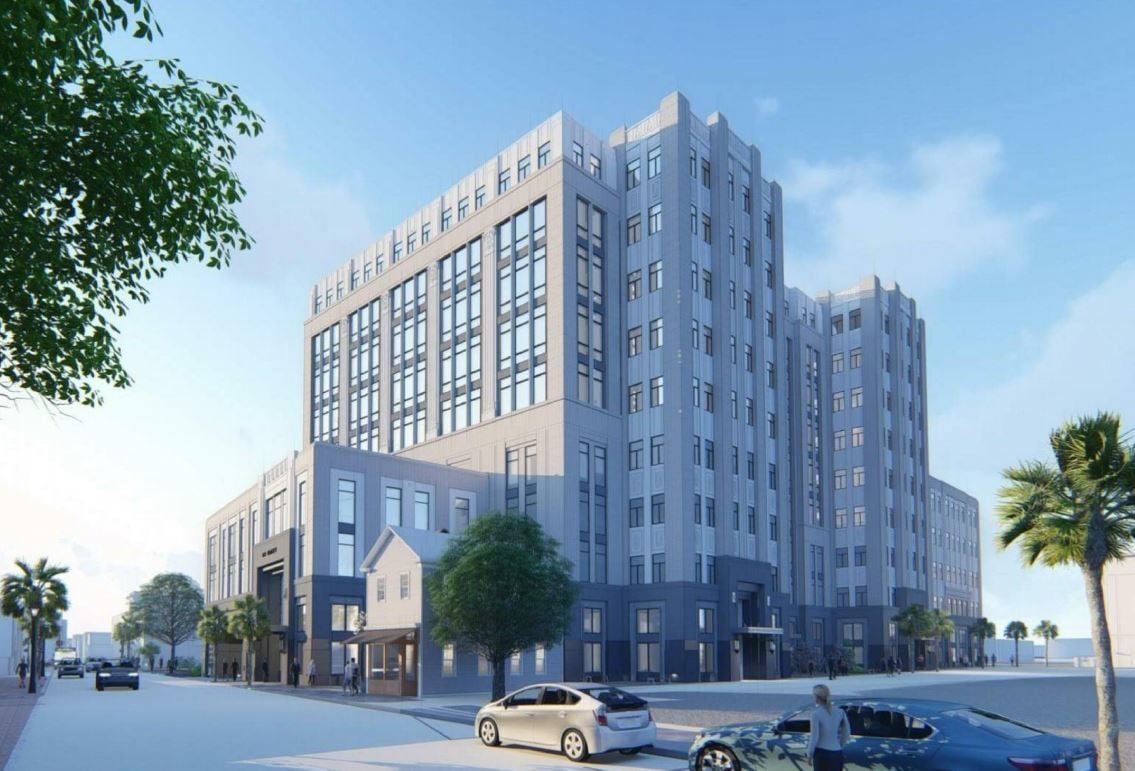 A block-long, nine-story mixed-use building at 82 Mary St. in Charleston received final approval from the city's Board of Architectural Review in spring 2019. Rendering provided/McMillan Pazdan Smith 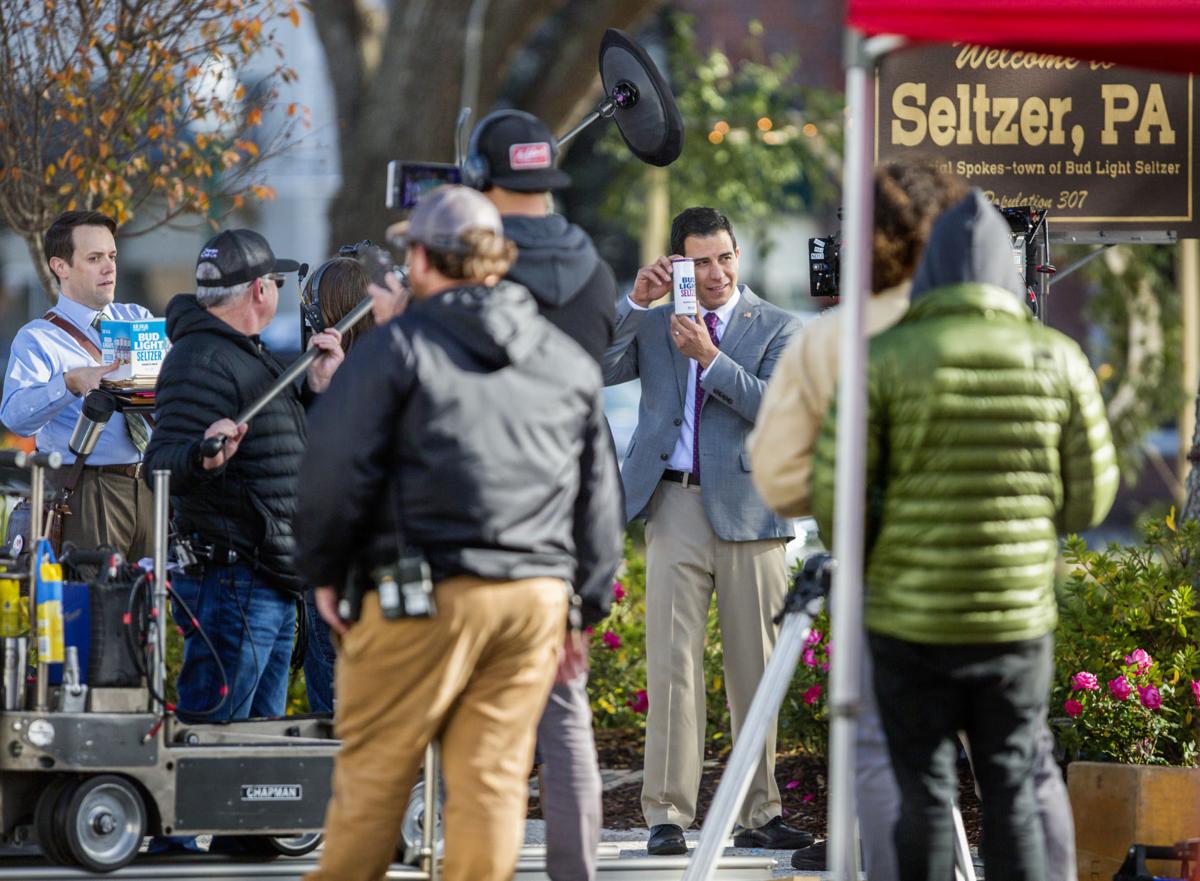 A nine-story building for offices and parking is planned to be built in the upper King Street area, but developers may be considering a different use for the lot. The upcoming agenda for a city zoning board's meeting includes a request for hotel rooms at the Mary Street property.

This is the second example in recent weeks and the third this year of property owners applying for hotel uses at locations initially planned for other purposes.

The owners of the Meeting Street Lofts apartments, one of the newest residential developments on the peninsula, submitted an application to the city for 142 hotel rooms at its building on the corner of Meeting and Huger streets. That request represents more than half of the building's 264 apartment units.

The item has appeared on a Board of Zoning Appeals agenda at least three times in the last couple months. Each time it has been deferred, so the board has never voted on it.

Before that, the apartment building at 10 WestEdge appeared on BZA agendas with a request to operate a 137-unit "pop up hotel" there. The concept, which is the brainchild of the hospitality startup WhyHotel, would have temporarily opened up units in the new apartment building as hotel rooms to bring in revenue as the development looked for long-term tenants.

At rising Charleston apartment building, plans for a 'pop up hotel' fizzle out

After a couple months of deferrals, that request was permanently withdrawn.

To open a hotel, property owners have to be granted a special exception by one of the city's zoning boards. (For an explanation on what that board does and why it's been so important this year, check out a past edition of this newsletter here.)

One of the goals of Charleston's updated hotel ordinance, which was officially adopted this fall after going through several months of re-writes and review with city staff and a special task force, was to protect other uses on the peninsula.

There are provisions in the new rules to prevent existing offices, residential units and retail spaces from being replaced by hotel uses.

Since the office building planned at 82 Mary Street doesn't exist yet and was only an approved concept, the section in the ordinance that addresses office space use wouldn't apply, said city planning director Jacob Lindsey.

Design plans for a mixed-use building with offices and parking have already received final approval from the city's Board of Architectural Review, one of the last hurdles before starting construction on a project. That approval was granted in April of this year, but an earlier iteration of the project received its initial OK from the board several years ago.

Renderings had called for two retail areas on the first floor, several levels of both parking and office space and upper floors dedicated entirely to offices. If the design of the building were to be significantly changed to fit the needs of a hotel use, it would have to go back to the BAR for approval.

The new request is for a 225-room hotel. At that number of rooms, the development would have to meet the city's updated requirements to be considered "full service," which include providing at least 20,000 square feet of meeting space and amenities like a full-service restaurant on-site.

The lot is within the city's "full-service box," a section of downtown which has been designated as an appropriate area for larger lodging projects. The new hotel rules passed this year specified that just four more full-service properties could be built there, in addition to those that exist or are approved now.

The Mary Street request is scheduled to be heard next week, but Lindsey said it's likely it will be deferred since the ask is for a full-service hotel.

A minor change to the hotel ordinance is scheduled to come before City Council at their Tuesday meeting which would clarify language about the cap on future full-service properties. After that change is made, he said, the request is expected to meet the requirements of the ordinance.

“We check all the boxes that make Charleston a top performer — but we have to keep market sustainability top of mind."

— Wil Riley, CEO of the Trident Association of Realtors

Charleston-area home sales went up slightly in November, possibly positioning the region for a new yearly record in home real estate transactions. Riley warned that people moving here for jobs could be priced out of the housing market if "new smart growth strategies" aren't pursued.

"Hey boss, did you know Anheuser-Busch is filming a commercial for a new product in Summerville this week?"

The Budweiser maker has taken over Hutchinson Square to film a spot advertising Bud Light Seltzer. Production company Chelsea Pictures has agreed to make donations to the Public Works Art Center and Summerville DREAM, but, beyond that, the town won't make any money from the filming.

Owners of the Carroll Building at North Market and East Bay streets have asked to open a 50-room lodging at the site. Historic Charleston argues that a conservation easement it was granted in 1984 under federal tax law gives it the authority to deny the request.

The current plan calls for a 200-room full-service hotel. Under the city's updated hotel rules, that means the property will include an on-site restaurant and at least 20,000 square feet of meeting space.

The projects, if approved, would add a combined 575 new hotel rooms on the peninsula.