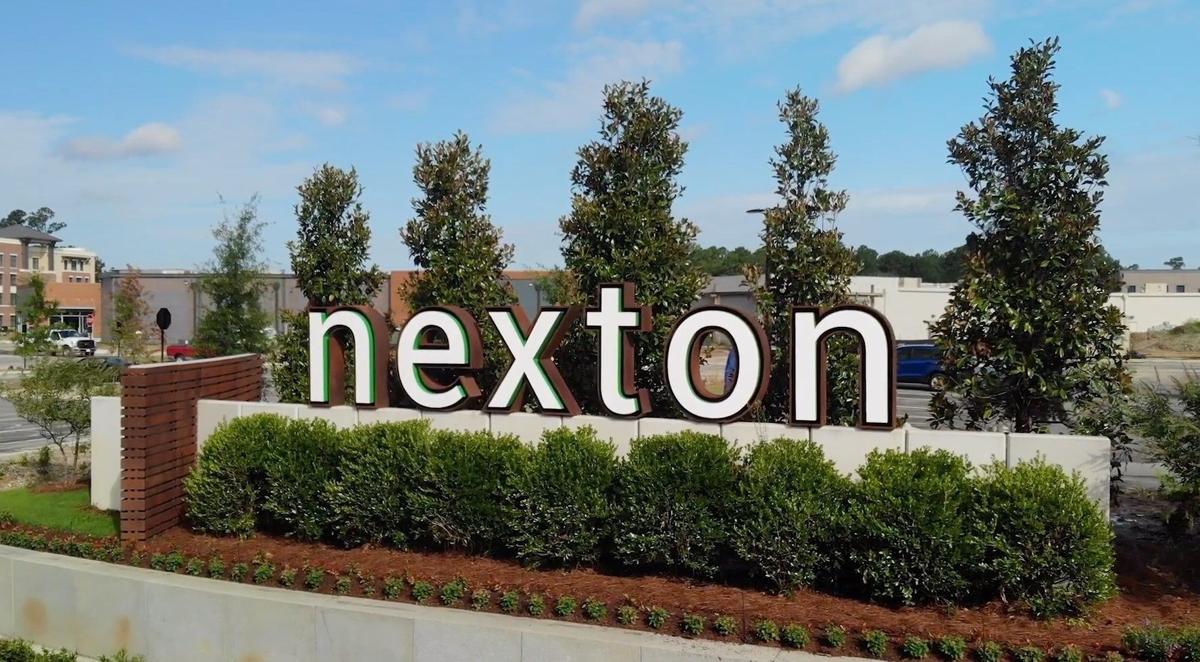 A nearly 100-acre parcel on the edge of Summerville will be developed into a mixed-use project called Downtown Nexton. File 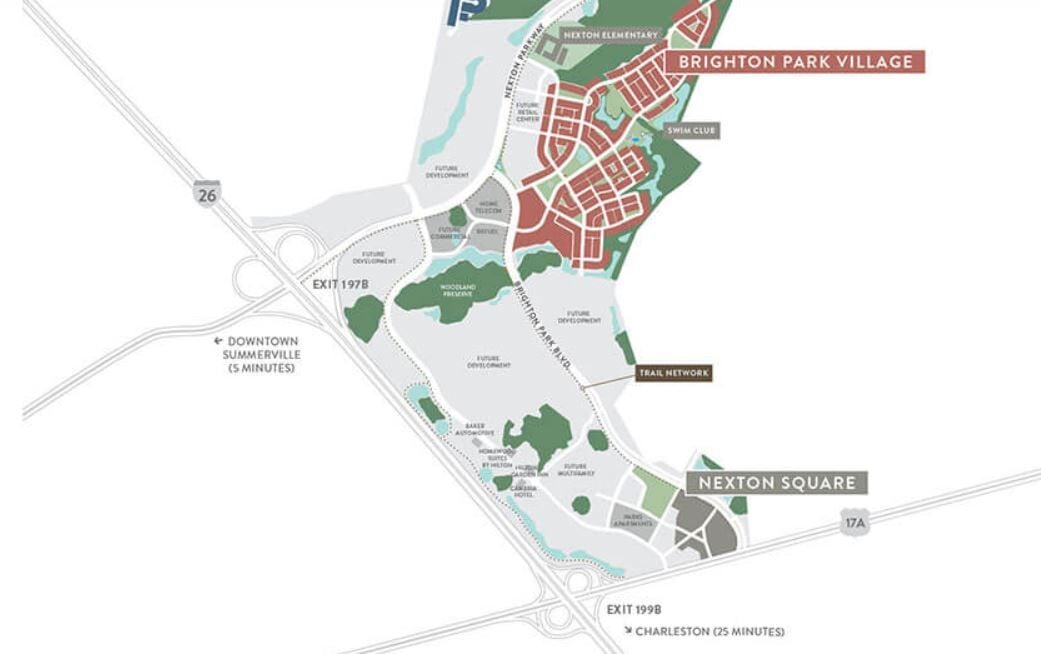 The area marked "Future Development" between Sigma Drive and Brighton Park Boulevard will be the developed as Downtown Nexton. Provided/Nexton 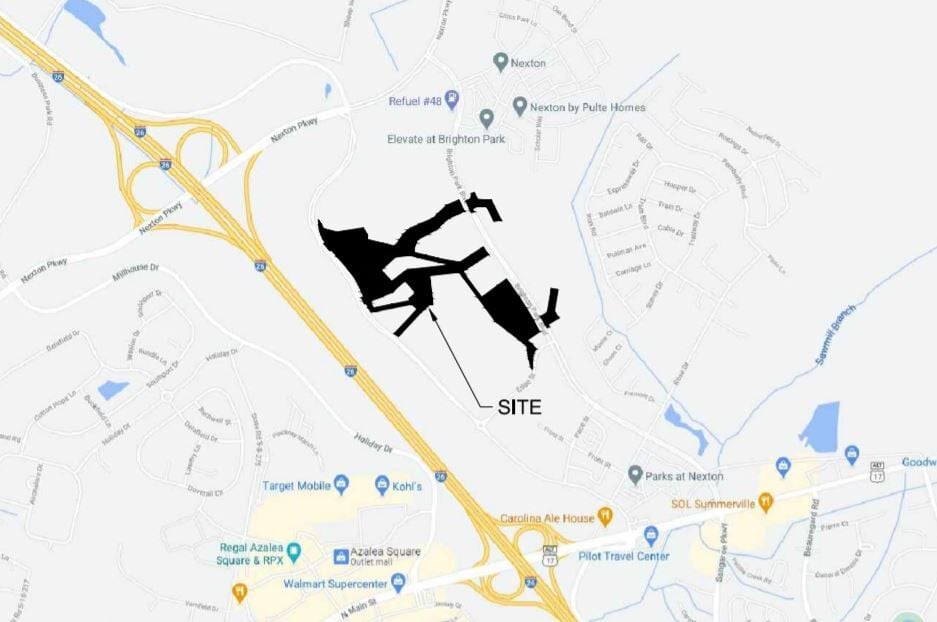 A 99-acre parcel on the edge of Summerville will be developed as Downtown Nexton, a mixed-use project over the next four or five years. The property includes the area in black on the map and surrounding parcels between Brighton Park Boulevard and Sigma Drive. The black area shows where retention ponds and drainage areas will be built as part of the initial stage of development. Seamon Whiteside/Provided 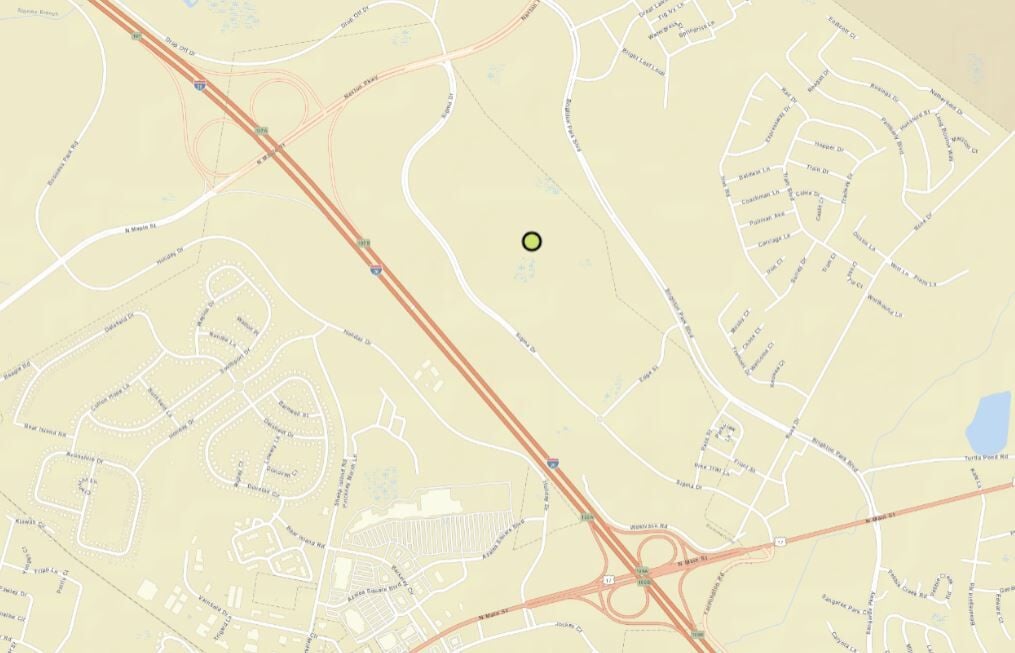 Downtown Nexton will be built on 99 acres between Brighton Park Boulevard and Sigma Drive on the edge of Summerville near Interstate 26 and U.S. Highway 17-A. Seamon Whiteside/Provided

A nearly 100-acre parcel on the edge of Summerville will be developed into a mixed-use project called Downtown Nexton. File

Downtown Nexton will be built on 99 acres between Brighton Park Boulevard and Sigma Drive on the edge of Summerville near Interstate 26 and U.S. Highway 17-A. Seamon Whiteside/Provided

SUMMERVILLE — A New Jersey-based real estate company is moving forward with its first project outside of the Garden State in a large mixed-use development called Downtown Nexton.

The wetlands work is the first step before putting in a network of roads and utilities for construction by the middle of next of year on apartments, offices, retailers and restaurants, according to Tom Troy, president of Sharbell.

It will not include single-family homes.

The developer bought the parcel last December for $18.5 million, according to Berkeley County land records.

Troy expects buildout of the site to occur over four or five years with a total value in excess of $300 million.

"We have been looking for opportunities in that market for quite some time," Troy said. "It looked like a hand-in-glove type of arrangement."

He said the intent is to offer residents of Nexton and other nearby developments their own version of a downtown where they can go to a restaurant or store without having to get on one of the main roads.

"It's kind of like Nexton Square right down the road," Troy said. "It's just a matter of expanding the opportunities for people there."

The first buildings constructed likely will be apartments or a convenience store with a gas station, he said. A mixed-use building with apartments above retail could follow.

Three or four parcels in the master plan are set aside for apartments, but Troy said construction will be phased in so they won't flood the market.

Residential and office buildings will sit along Brighton Park Boulevard while the commercial structures will be built along Sigma Drive or on a new spine road that will run through the property.

2 SC housing developments in top 50 master-planned communities in US; both are in Berkeley

The company began talking with WestRock about the property last year, and Troy said everything finally fell in place for the deal to come together at the end of last year.

He said the coronavirus has not affected the company's plans for the site, but he hasn't been able to travel back to Charleston since February.

"We'll be there before too long and then with regularity," Troy said.

The Charleston office of commercial real estate firm CBRE Inc. is representing the new development. A representative declined to disclose any potential tenants.