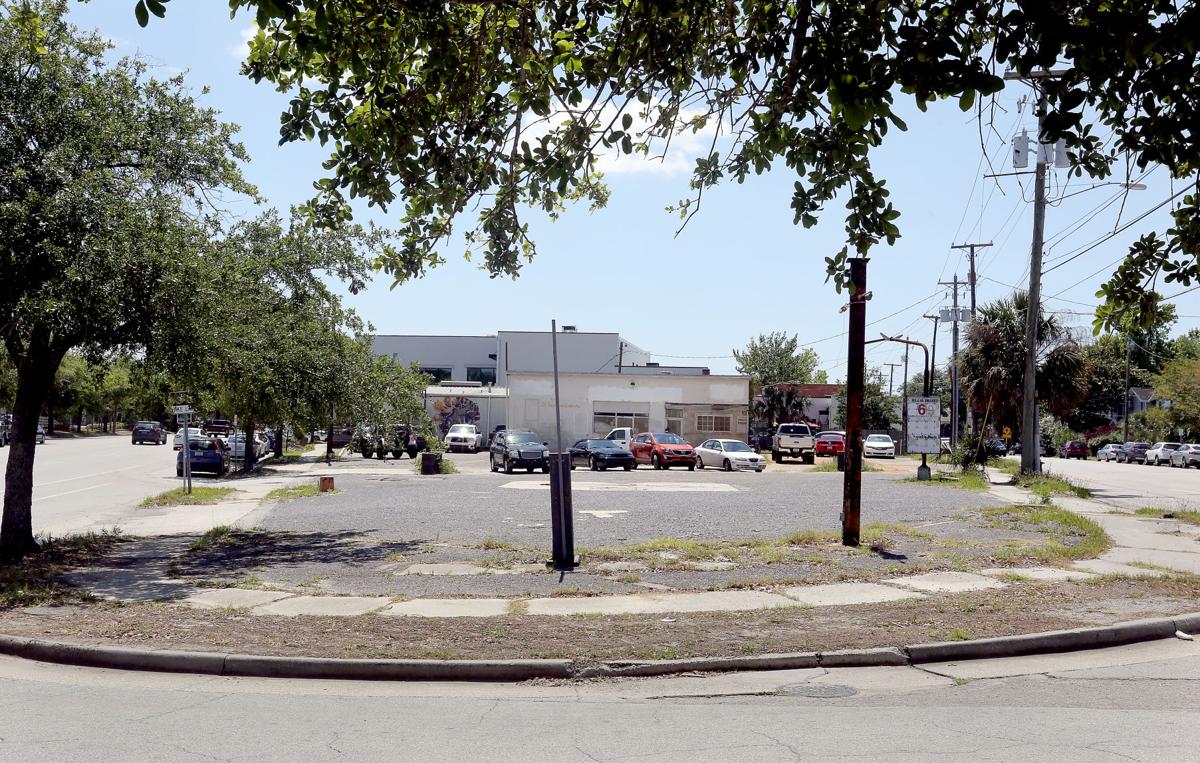 This triangular lot where Meeting Street meets Morrison Drive is the proposed site of a hotel with a shape patterned after the landmark Flatiron Building in New York City. File/Brad Nettles/Staff 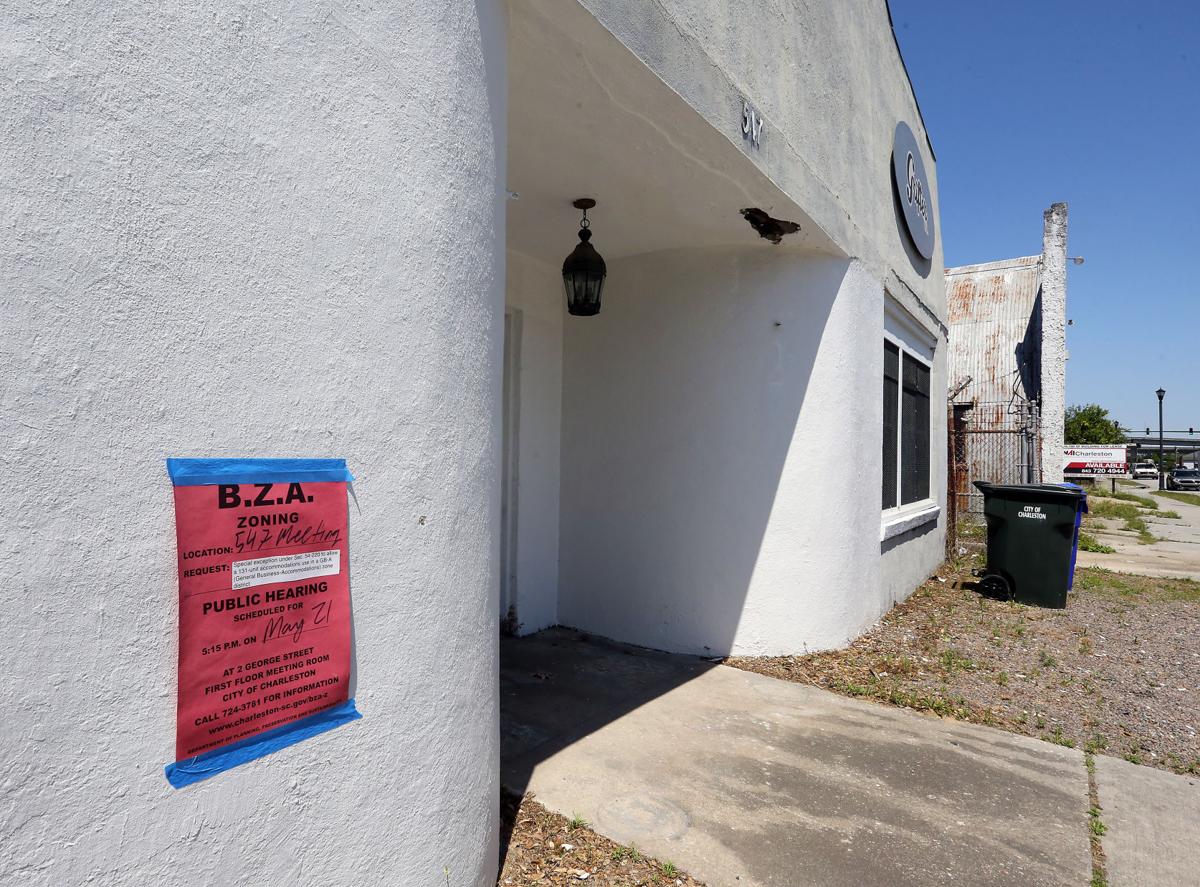 The developer of 547 Meeting St. is planning to build a 131-room hotel where a small warehouse now stands. File/Brad Nettles/Staff 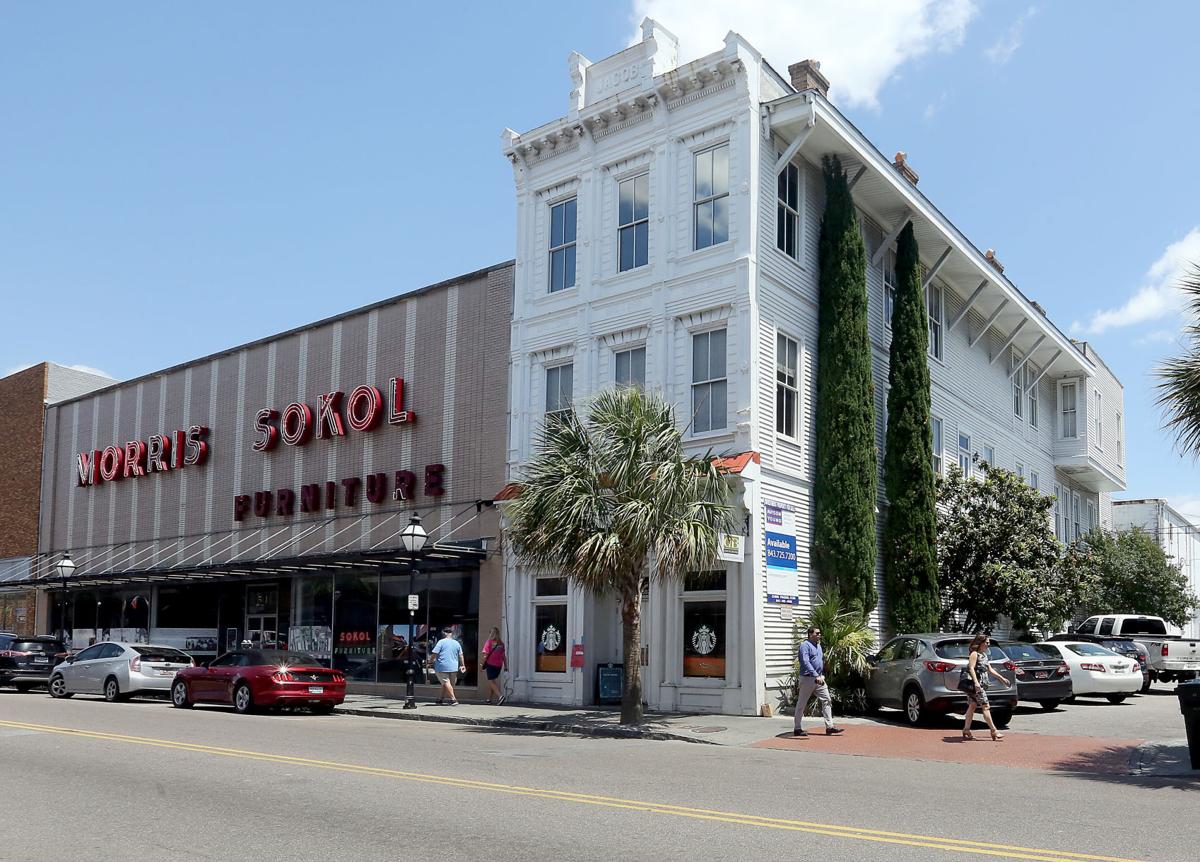 This building at 502 King St., which now houses a Starbucks and offices. is going before the City of Charleston's zoning board for approval to be changed to a boutique hotel. File/Brad Nettles/Staff

The projects were up for back-to-back reviews just days before the city will consider revisions to its hotel development rules, raising some concerns about the timing.

Still, all of the proposals met the current zoning requirements and drew support from nearby businesses.

With one of the lodgings slated for upper King Street and two even farther north on Meeting Street, supporters said the proposed projects would bring much-needed foot traffic into areas of the peninsula that are being revitalized.  The new hotels would have a combined 367 rooms.

The first development discussed at Tuesday's zoning board meeting was a 45-unit boutique property to be built on the undeveloped portions of 502 King St., which also houses a Starbucks cafe and offices in a commercial building that dates back to 1910.

Several business owners from the block said a hotel could help support more types of retail on that stretch of upper King, which has a higher concentration of restaurants, bars and late-night uses than most other sections of downtown.

A representative from the Preservation Society said that while the group didn't oppose the project specifically, it was concerned that three hotels were being reviewed days before City Council considers revamping its hotel ordinance to rein in new development.

"It is concerning we have three applications at this meeting when the ordinance is about to be proposed," he said Tuesday.

According to estimates, about 2,600 new hotel rooms are in the development pipeline. If built, they would increase the peninsula's ratio of 13.2 rooms per 100 residents to about 20 per 100, raising concerns about whether downtown Charleston has reached a tipping point.

A task force has been meeting for the past month to strengthen the criteria the zoning board uses to review new projects. If City Council approves the recommendations when it meets Tuesday, the board could start basing its future decisions on the revised standards.

Krawcheck said the second project — a planned 131-unit Marriott Moxy at 547 Meeting St. — would likely pass muster even if the city guidelines are strengthened next week. The hotel is one of two the Montford Group brought before the zoning board.

The Charleston-based developer's other project calls for 191 guest rooms at 810 Meeting St., which Montford has said would be its "flagship" property. It would be occupy a wedge-shaped lot where Meeting Street and Morrison Drive meet.

"As an architect, I'm very excited about it," said LS3P's Steve Ramos, who presented both of Montford's projects at Tuesday's meeting.

Representatives from neighboring businesses spoke in favor of the proposed hotels, saying they could be a resource for entrepreneurs in the rapidly changing area of the upper peninsula.

The two Montford sites were not part of the specially designated areas where hotels can be built on the peninsula until November, when City Council voted to add them to the "accommodations overlay zone."

The Preservation Society expressed concerns about parking and traffic for the Meeting Street hotels. It also recommended that a shuttle be provided because of the distance from the city's Historic District. Ramos said the development group didn't feel that was necessary because guests will be more likely to use ride-sharing services, walk or bike.

The board approved all three hotels unanimously.

The approval for the project at 810 Meeting was conditional. The Montford Group was directed to work with the city to refine its plans for that property, including details of the pick-up and drop-off spot on Morrison Drive.