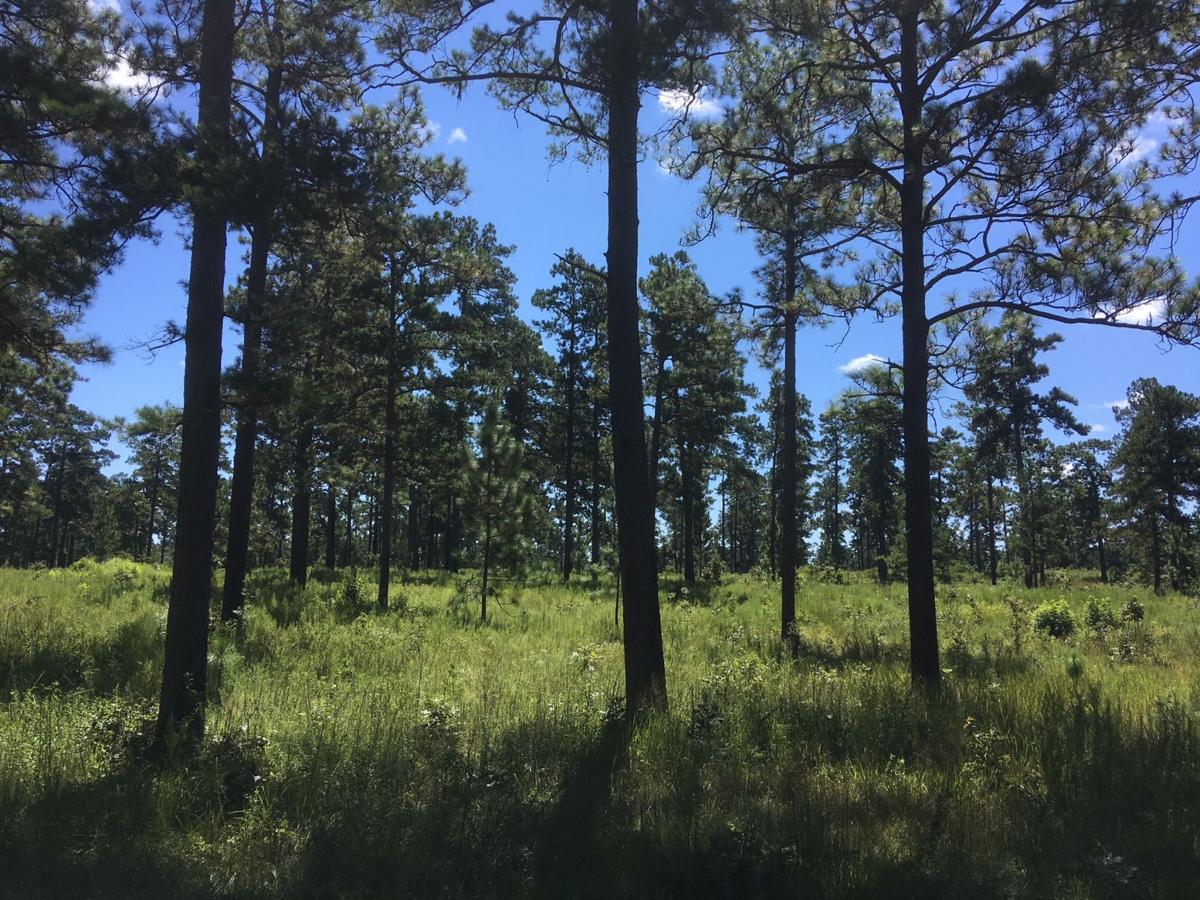 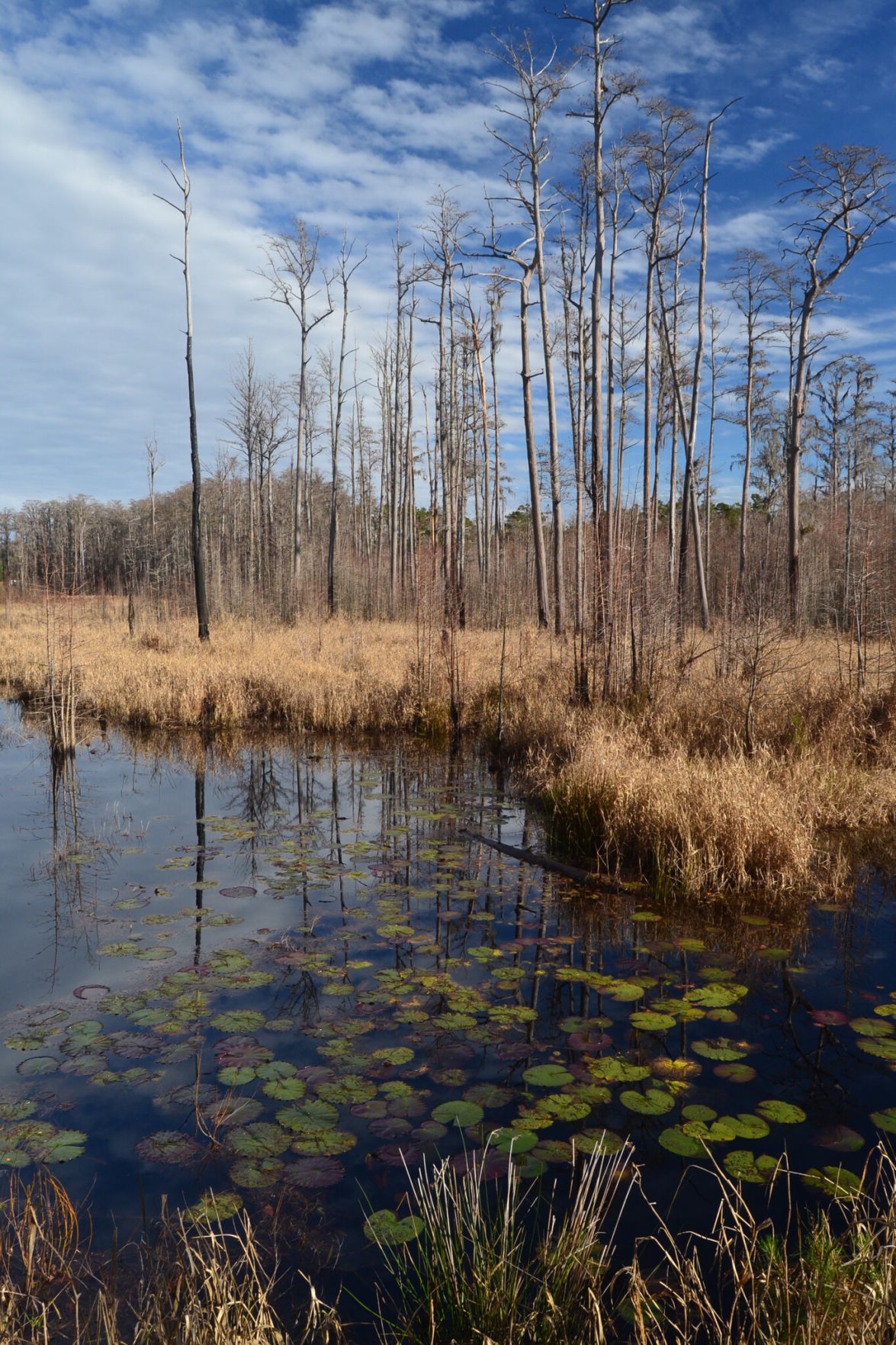 Savannah River basin wetlands make up much of the Groton property put under conservation easement. Provided

The vast Groton Plantation near Allendale features seemingly endless groves of wetlands and timber along the Savannah River. It's just been put into conservation easement.

The 13,868 acres make up one of the largest single tracts ever to be protected by private owners in the state.

More intriguing, they are considered a linchpin in an emerging corridor of protected properties along the 150-mile lower stretch of the river that is beginning to rival — and connect to — the championed ACE Basin on the South Carolina coast.

That sort of corridor would extend a run of "green" coastal and riverlands from the Santee Delta north of Charleston, to Aiken and along the waters that makeup the state's eastern and southern boundaries.

The Lowcountry's most pristine and interesting landscapes

With the Groton property in place, "you could be a turtle, crawl 60 miles along the river and never leave protected land," said David Bishop, coastal and midlands conservation director of the Nature Conservancy, which handled the easement for the Winthrop family.

To give a sense of the overall scale, more than 490,000 private and public acres have been preserved along South Carolina's side of the Savannah, including the federal Savannah River Site, the woodland-ensconced nuclear weapons facility that has raised pollution concerns.

More than 1.2 million acres have been preserved in the eight coastal counties.

Combined, that's an area bigger than Delaware. The Groton property alone is the size of Manhattan in New York City.

"These landscape scale protection efforts ensure a diversity of habitats for sensitive species and also give our waterways the space they need to flex during storms," said Sara Green, director of the South Carolina Wildlife Federation.

"We can't underestimate the impact that rising sea levels and climate change have on our native species. With the protection of entire watersheds, like the Savannah River and the ACE, species are more readily able to adapt to a changing climate," she said.

The Winthrop family, which previously put into easement another 7,400 acres of riverland along the Savannah, has owned the property since 1906. It's been a retreat, a timberland business and a quail hunting destination for figures from former President Teddy Roosevelt to former Sec. of State John Kerry, who is related to the family.

Before the Winthrops, the plantation was known as Old Greenwood, a farming operation settled by David DeLoach before the Revolutionary War.

The Winthrops donated more than 70 percent of the property's multimillion-dollar value, which wasn't disclosed. Jonathan Winthrop, chairman of the board for the family holdings, said creating the easement and making the donation weren't a hard decision, spurred by a love for the land and appreciation for other conservation in the developing area.

"We would have hated to see the property compromised in any way," he said. "For years there has been a vision among local conservationists of having a continuous stretch of protected land flanking the river, a wildlife corridor."

Other easement funders included the S.C. Conservation Bank, which paid $850,000, and Walmart in a first-time land conservation donation in South Carolina.

The funders also include the Beaufort-Jasper Water Authority, which pulls from the Savannah downstream. Authority general manager Joe Mantua called it one more way to ensure clean, reliable water for customers.

"People are starting to think beyond their counties, beyond their states, thinking of what conservation can do from them," Bishop said.