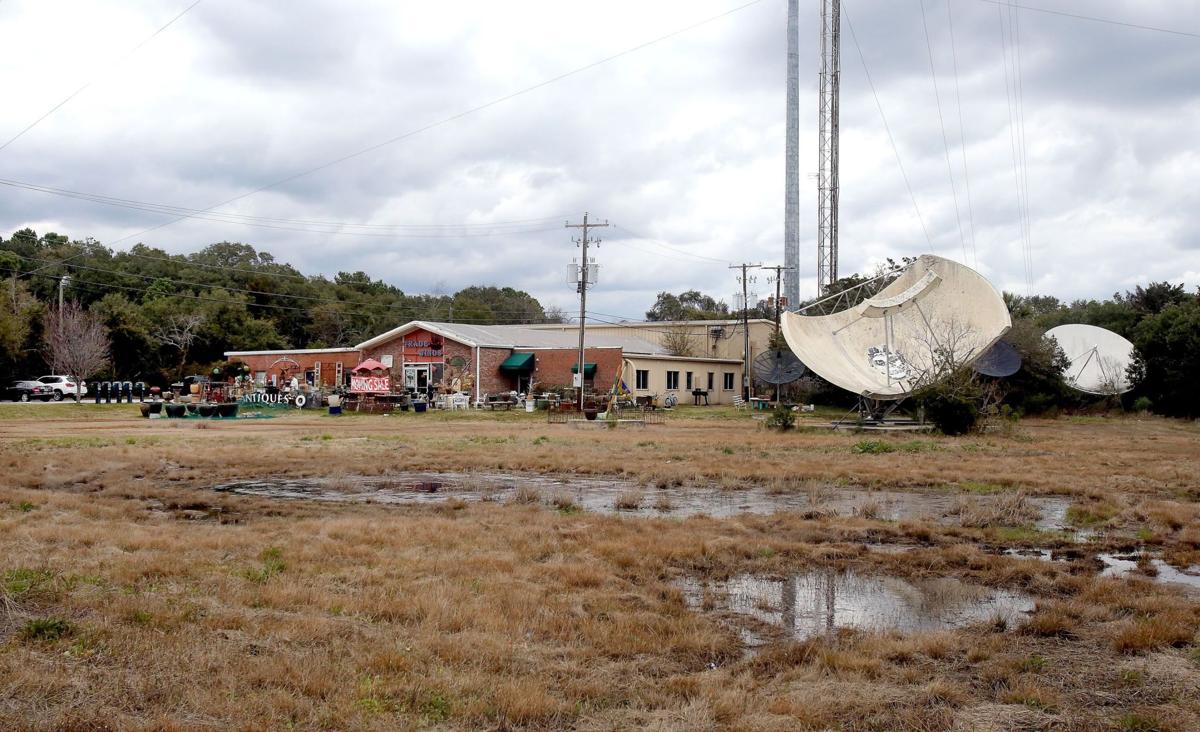 A developer will break ground in December on a new apartment complex on Ben Sawyer Boulevard where WCIV-TV Channel 4 once operated. File 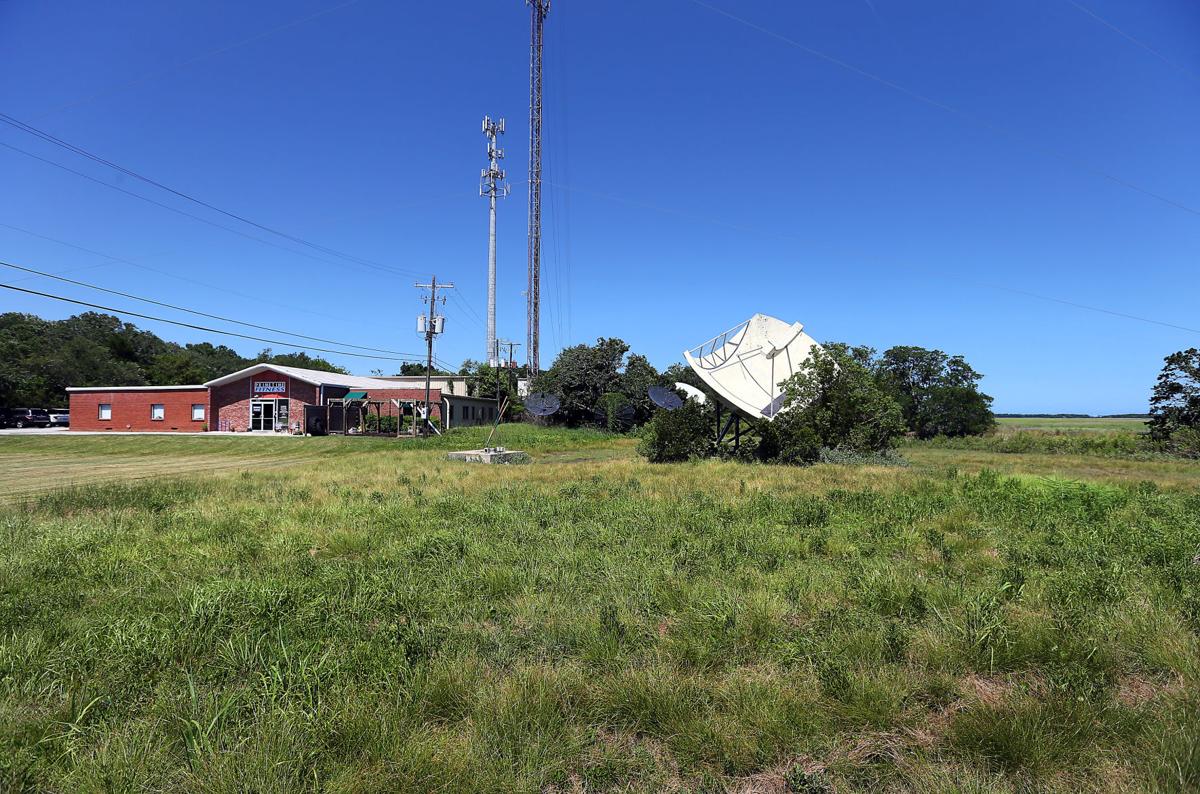 A 224-apartment development known as Atlantic Beach House is coming to the former location of WCIV-TV, Channel 4, on Ben Sawyer Boulevard in Mount Pleasant. File/Staff

A 224-apartment development known as Atlantic Beach House is coming to the former location of WCIV-TV, Channel 4, on Ben Sawyer Boulevard in Mount Pleasant. File/Staff

Construction is expected to begin by year's end on a controversial apartment development near the Ben Sawyer Bridge in Mount Pleasant that narrowly won approval after a late-night vote in 2017 dubbed the "midnight massacre" by project opponents.

The town blocked the proposal in 2015, leading to a lawsuit that was settled out of court two years later after a marathon Town Council meeting.

The 224-unit Atlantic Beach House will rise on Ben Sawyer Boulevard where the former WCIV-TV station once operated near the marsh. Construction is expected to take two years.

Middle Street Partners bought the nearly 15-acre site in mid-November from Pritchard Real Estate Investors for $8.4 million, according to Adam Monroe, co-owner of the development company.

"We are looking forward to building a first-class development that will be one of the premier multifamily projects in the Southeast," Monroe said. "I'm glad to get through all of the hurdles, and I think everybody is going to be happy with the end result."

Opponents of the project, including Mount Pleasant Mayor Will Haynie, rejected the settlement and the scaled-down project because they wanted to continue moving forward with a legal battle.

As part of the settlement, plans for a restaurant, a fourth apartment building and 22 additional apartment units were dropped, 1 acre of high ground at the site will become a park with a marsh trail, all buildings will be no more than 45 feet tall, and developers agreed to dismiss the lawsuit.

The mayor, who leads an anti-development alliance in the state's fourth-largest municipality of roughly 90,000 people, has not lost his angst over the development.

"I think it's very unfortunate," Haynie said this week. "That type of development is inconsistent with what the town's vision for that area was supposed to be. That's kind of a step-down area, and apartments should not be at that entrance to the town."

The long saga for the proposed development began in 2015, when Mount Pleasant Town Council killed a plan for 246 apartments and retail space by refusing to approve the project’s impact statement, although the development met zoning requirements and the developers agreed to roadwork that engineers said would improve traffic. The town then changed its zoning regulations in ways that prevented the project from being resubmitted.

Middle Street Partners sued, seeking more than $6.2 million plus punitive damages, and demanded that the apartment project be approved. The lawsuit was later amended to include a claim that officials conspired to block the development because they wanted the property for a town park.

Among the town's chief concerns in rejecting the project was traffic mitigation and development on 8 acres of high ground along Ben Sawyer Boulevard next to the marsh, where the causeway to Sullivan’s Island begins. Many know the place as the old Channel 4 property.

23 new apartment projects on the rise in Charleston area

As part of the settlement, the project could not proceed until at least March 2019 because of a two-year moratorium on apartment construction in place at the time. The town later extended the moratorium for another two years, but the Atlantic apartment development was able to move forward when the first moratorium expired, according to the mayor.

The developer also received a $375,000 reduction in impact fees, due to scaled-back construction plans, but will likely end up paying higher impact fees than under the original plans because the town has significantly increased those fees since then.

The Atlantic originally was to include 310 apartments, a parking garage and 14,000 square feet of retail space.

The new development will rise three stories above parking in three buildings and include a clubhouse.

When completed in late 2021, the complex will offer studio to three-bedroom units ranging from 550 square feet to 1,600 square feet. Rental rates will run from about $1,500 a month to roughly $2,600 a month, depending on the unit size, according to Monroe.

Middle Street also is building the 276-unit Foundry Point off Morrison Drive on Charleston's upper peninsula and is expected to start construction by the spring on the 260-unit Atlantic 55 Apartments on Romney Street, not far from Foundry Point. It's also building another Atlantic project off U.S. 17-A in Berkeley County near Summerville with 227 units. It's expected to break ground by year's end.

Live Oak Contracting of Jacksonville is the general contractor for the project.

It is constructing the 286-unit McKewn Apartments off Patriot Boulevard in North Charleston, the 273-unit Avalon Apartments on Maybank Highway on James Island, the 51-unit 655 East Bay Street Apartments near the Cigar Factory on the Charleston peninsula and the 195-unit Floyd Drive Apartments off Bees Ferry Road near West Ashley High School in West Ashley.

The contractor has constructed several other projects throughout the Charleston region.

Residents along Bees Ferry Road are fighting plans for a new digital billboard not far from the Charleston County landfill, but current zoning already allows one.

A 72-unit affordable housing project is being proposed for construction near the historic Angel Oak on Johns Island.

A group of investors wants to build a three-story, 35,000-square-foot office building on the banks of upper Shem Creek off of Johnnie Dodds Boulevard near Bowman Road in Mount Pleasant.