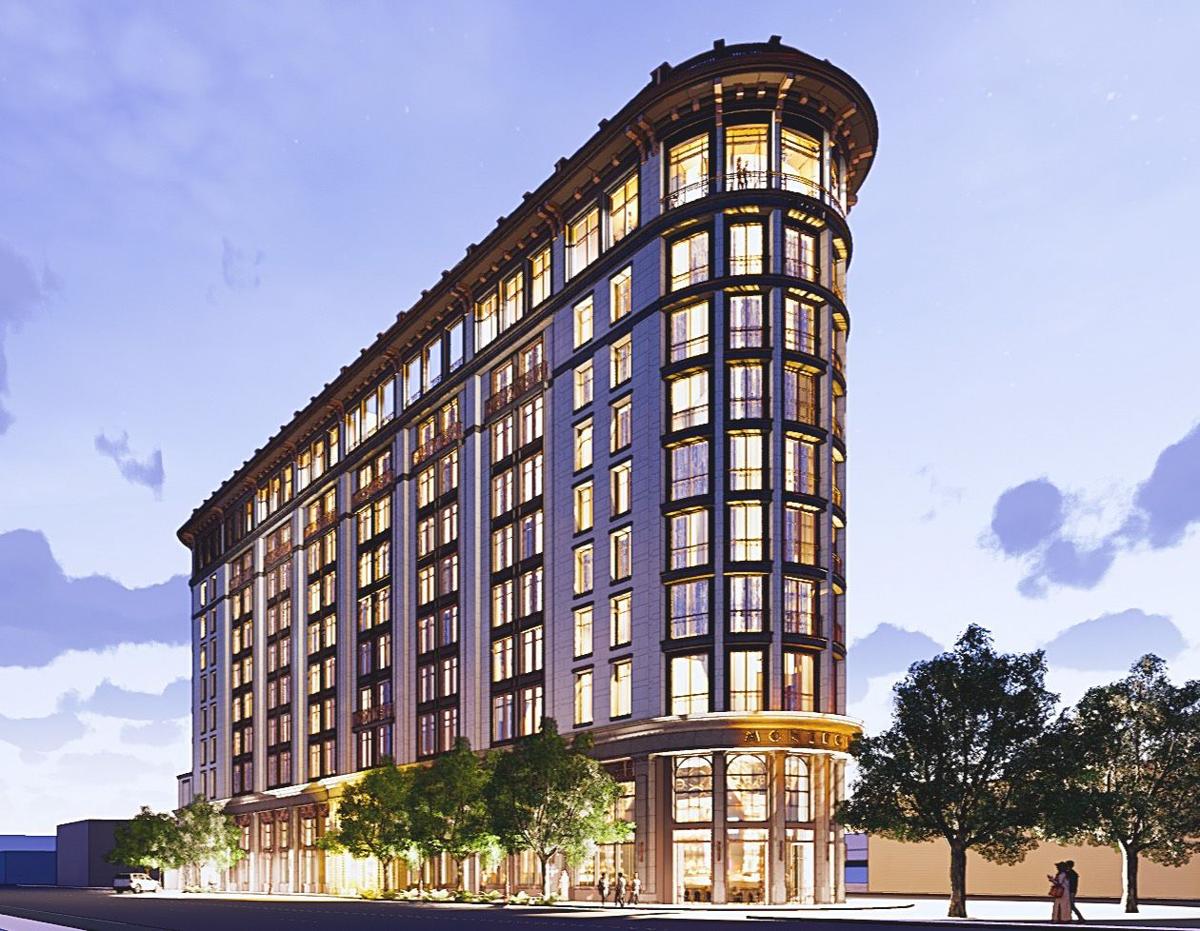 The design for a wedge-shaped or "flatiron" building at 810 Meeting St. received its first of three approvals from the city. Provided/The Montford Group/LS3P 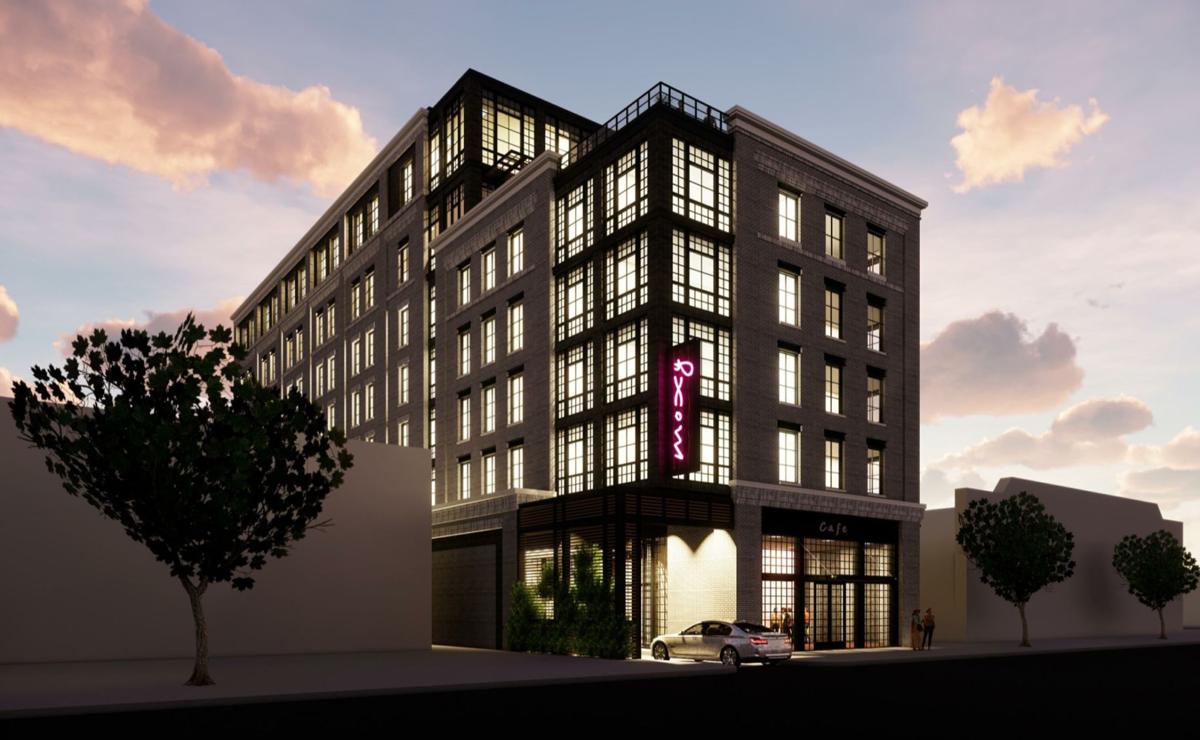 A hotel under the Marriott flag Moxy is planned for 547 Meeting St. The designs for the building got conceptual approval from Charleston's Board of Architectural Review. Provided/The Montford Group/LS3P

Designs for two hotels planned for Charleston's upper Meeting Street — including the first wedge-shaped or "flatiron" building to be built in the area — secured a key city approval last week.

Both projects are from the Charleston-based Montford Group. CEO and founder Sunju Patel said the project planned for a triangular lot at 810 Meeting is a "rare opportunity" to create a defining building for the district.

Patel said the city's Board of Architectural Review, which granted conceptual approval to both Montford projects Thursday, was "impressed and excited" about the plans for the odd-shaped lot where Meeting Street and Morrison Drive converge.

The project is intended to be Montford's flagship lodging. Patel has said they're aiming for luxury that feels more casual than what visitors might find farther south in the Historic District.

The lodging planned for 547 Meeting will be South Carolina's first Moxy Hotel. The lifestyle flag, which is described as Marriott's “newest and edgiest affordable brand," has small rooms, neon accents and large common areas.

Unlike most hotels, the check-in area and bar will be on the hotel's sixth floor. The first floor would house a retail offering that would be open to the public.

At its last meeting, the BAR gave permission to demolish existing one-story structures standing now on both Meeting Street lots. The buildings, which are vacant, were not found to be architecturally significant.

Special exceptions to build hotels at both properties were already secured earlier this year.

After already giving a first approval to a request to build taller buildings at a planned development at Patriots Point, Mount Pleasant Town Council gave the final go-ahead to up the height limit for one section of the site from 50 to 80 feet.

Initially Michael Bennett of Bennett Hospitality, who is developing a large mixed-use complex called Patriots Annex on the state-owned museum land, asked to increase the height limit to 80 feet across an about 30-acre parcel.

Current plans for that parcel, which have approval from the Patriots Point Development Authority that oversees the museum property, include about 500 hotel rooms, 130 residences, two parking garages and space for offices, retail and restaurants.

The height plan approved Tuesday was a three-tiered system where buildings closest to the waterfront, where the Yorktown aircraft carrier is docked, would be capped at 50 feet. The next section would be limited to 65 feet, and only the back of the parcel, where Bennett said he plans to build a Grand Patriot Hotel, could reach 80 feet.

Charleston hospitality workers can't pay for health care, so a clinic is offering it for free

Charleston's hospitality workers struggle to pay for health care so often that a clinic catering to low-income patients on James, Johns, Folly and Wadmalaw islands has opened its doors to them.