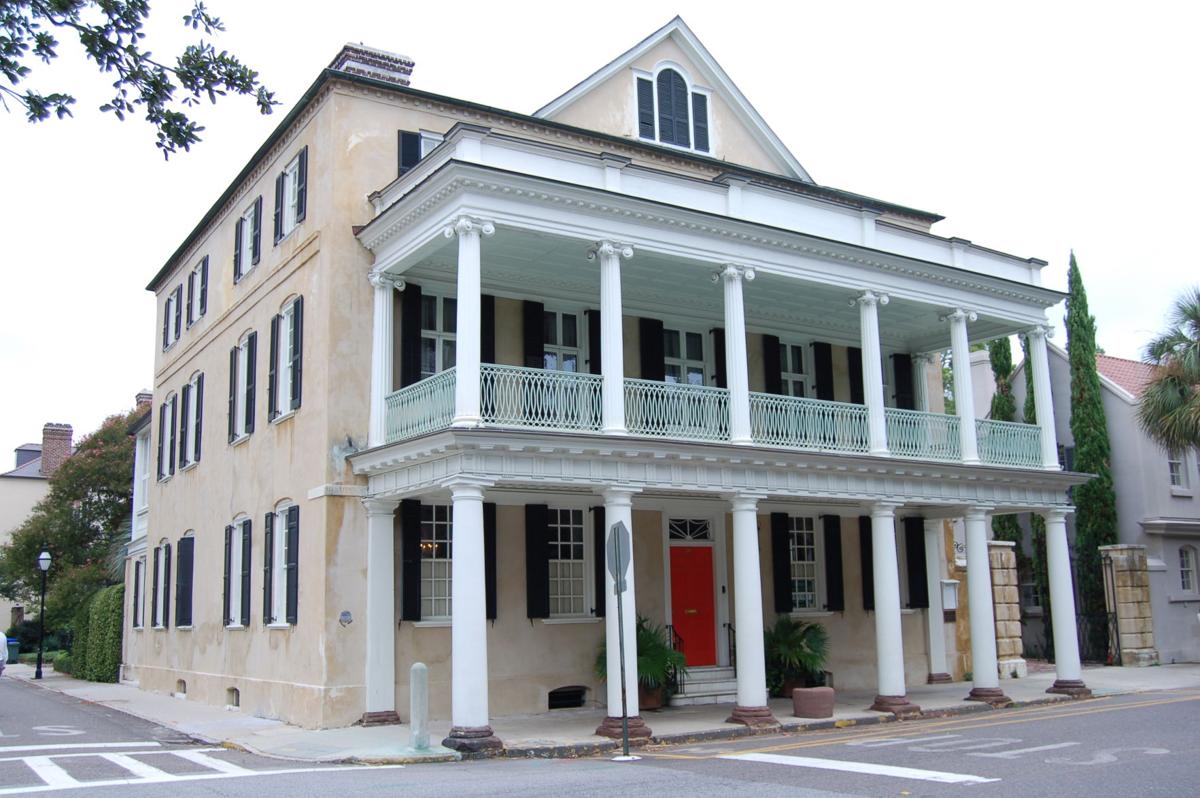 A dozen columns hold up double porticos at 59 Meeting St., known as the Branford-Horry House. It's for sale for $6.2 million. 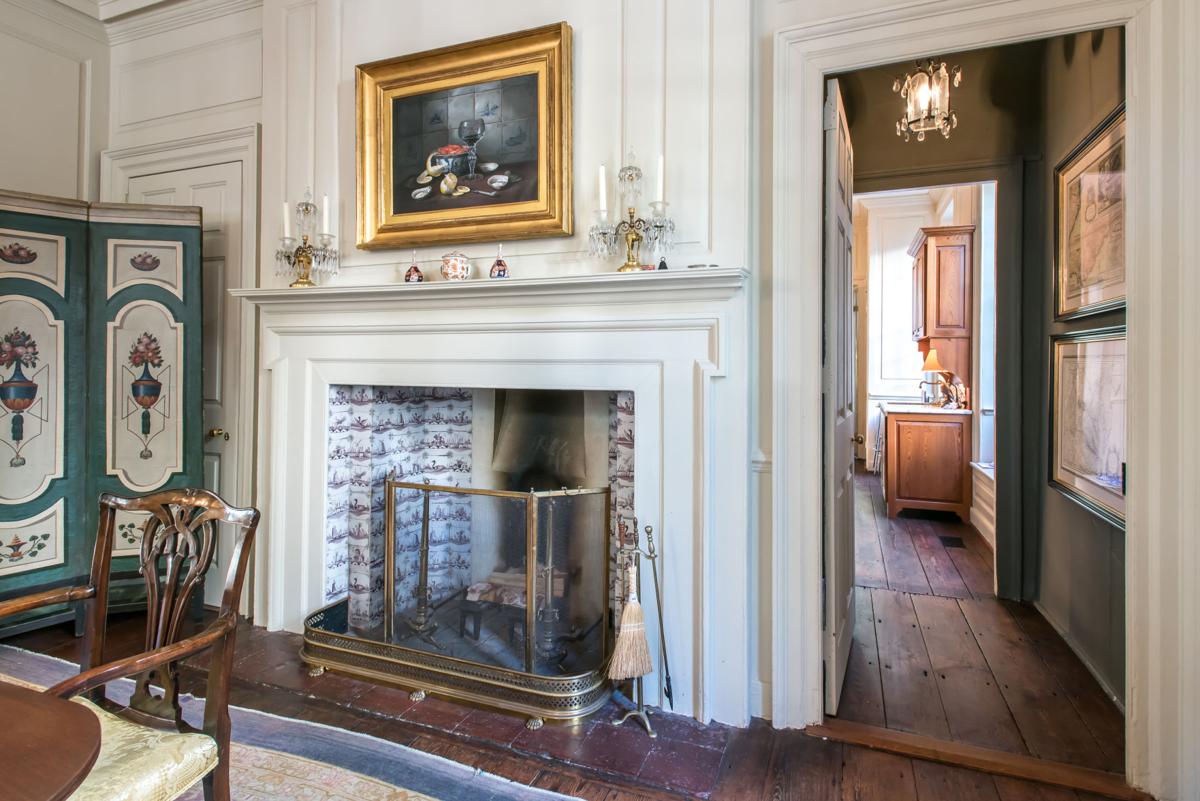 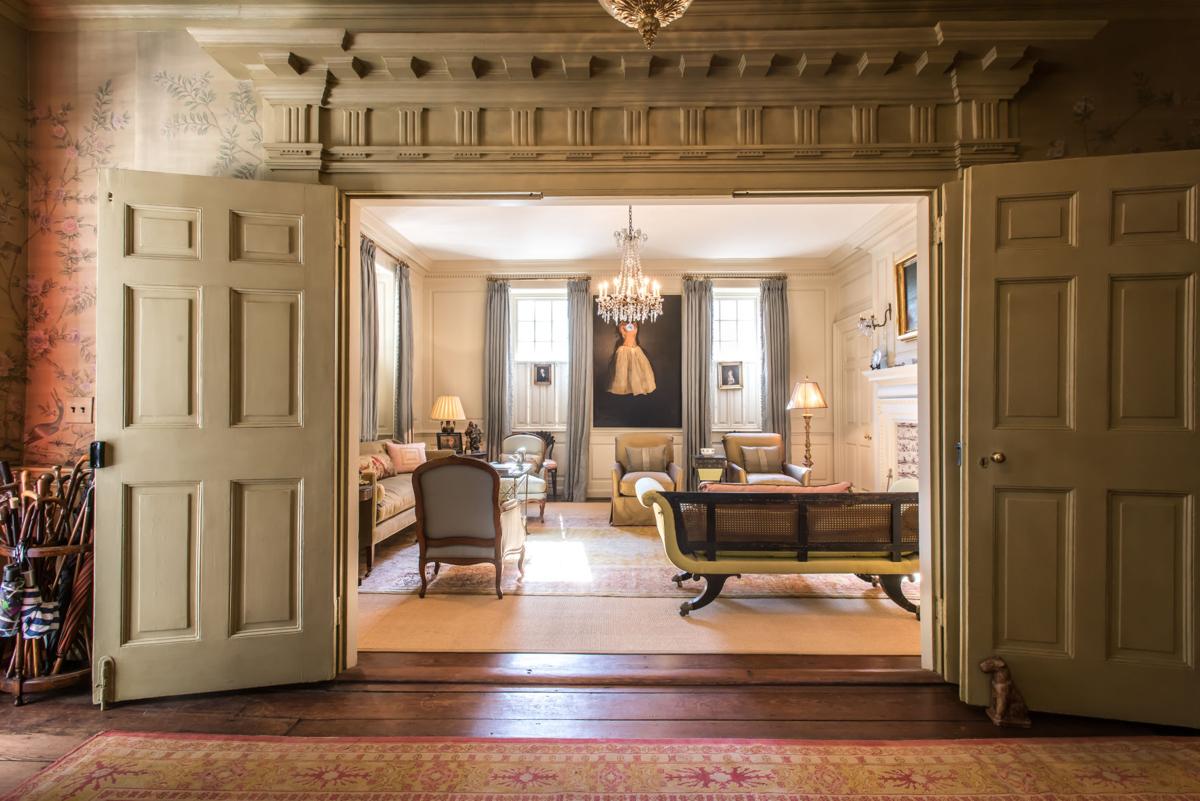 Detailed molding marks the entrance overhang to a front sitting room at the Branford-Horry House. Provided 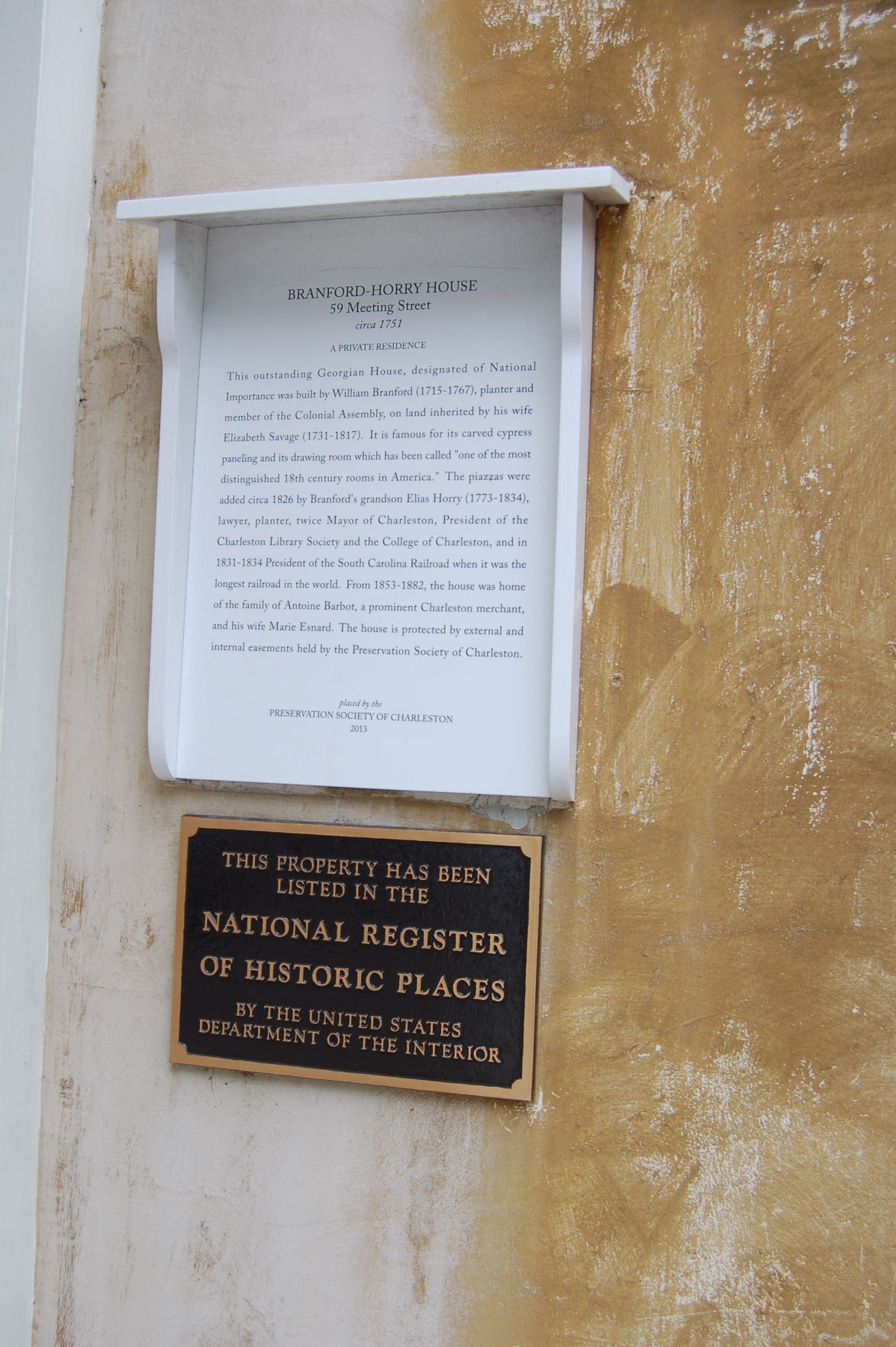 The house is listed on the National Register for Historic Places. 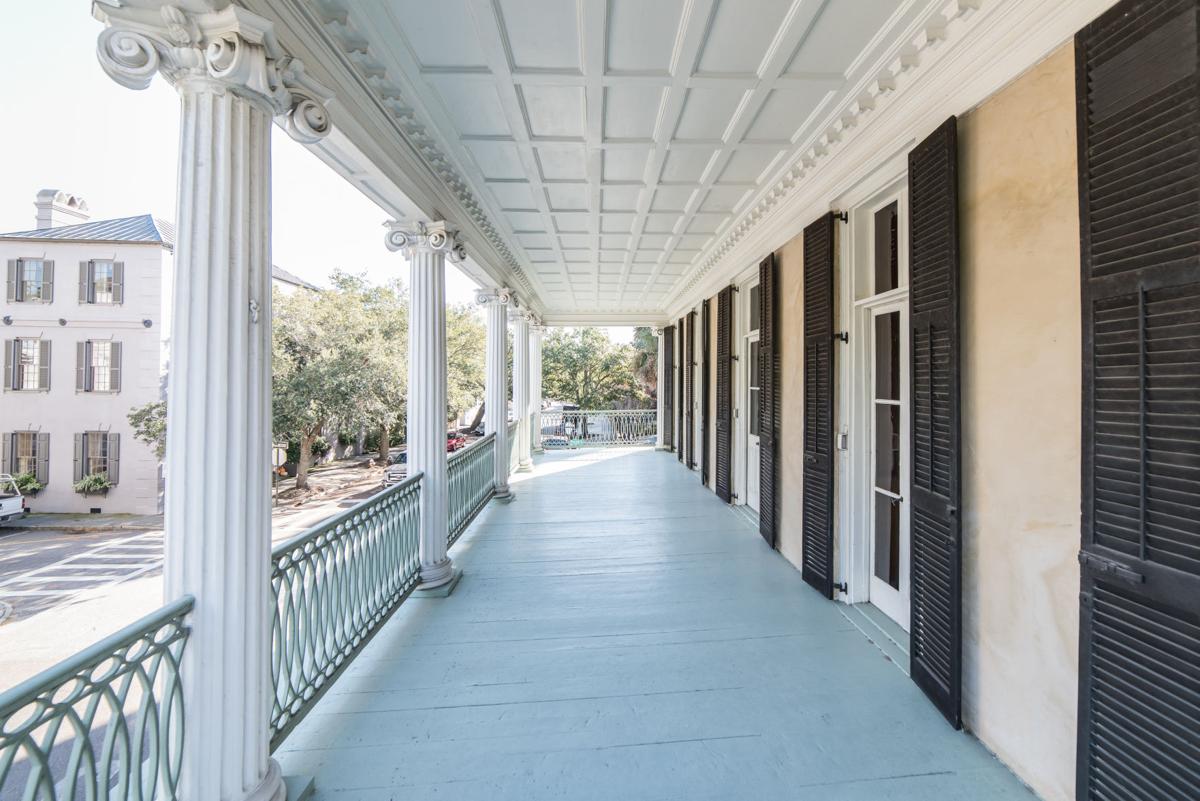 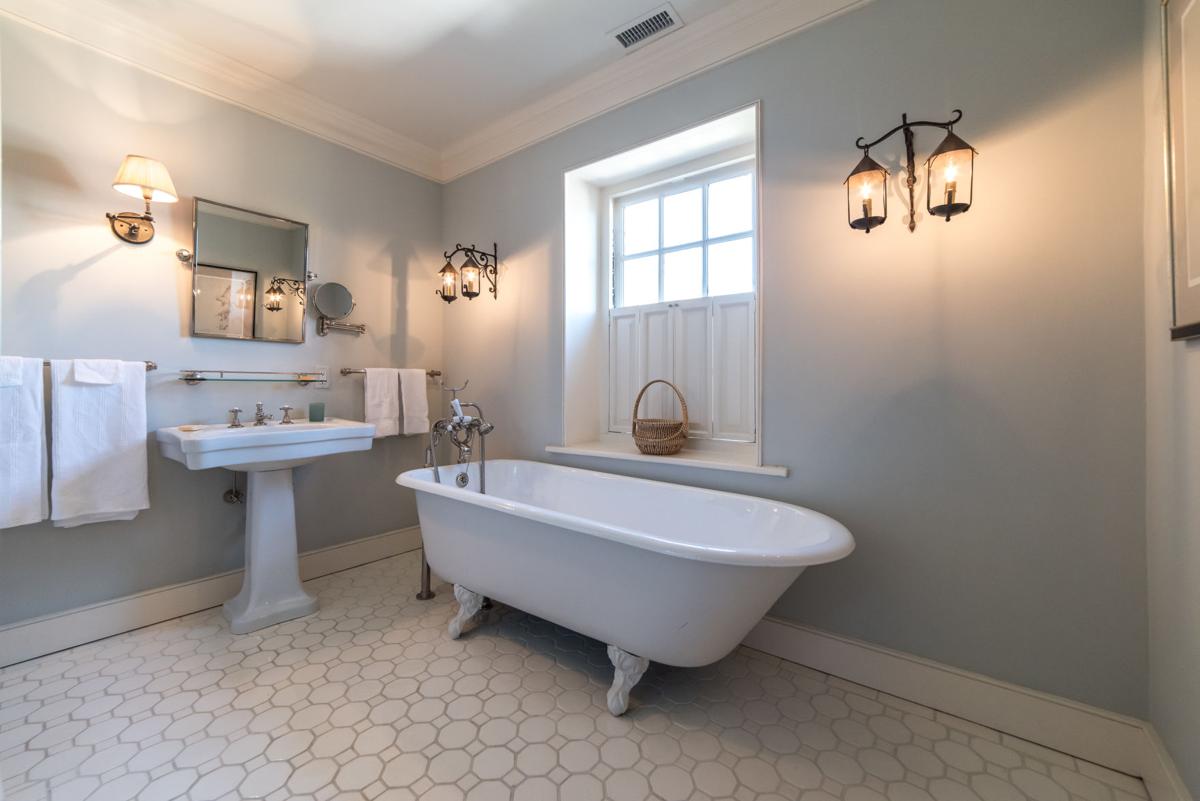 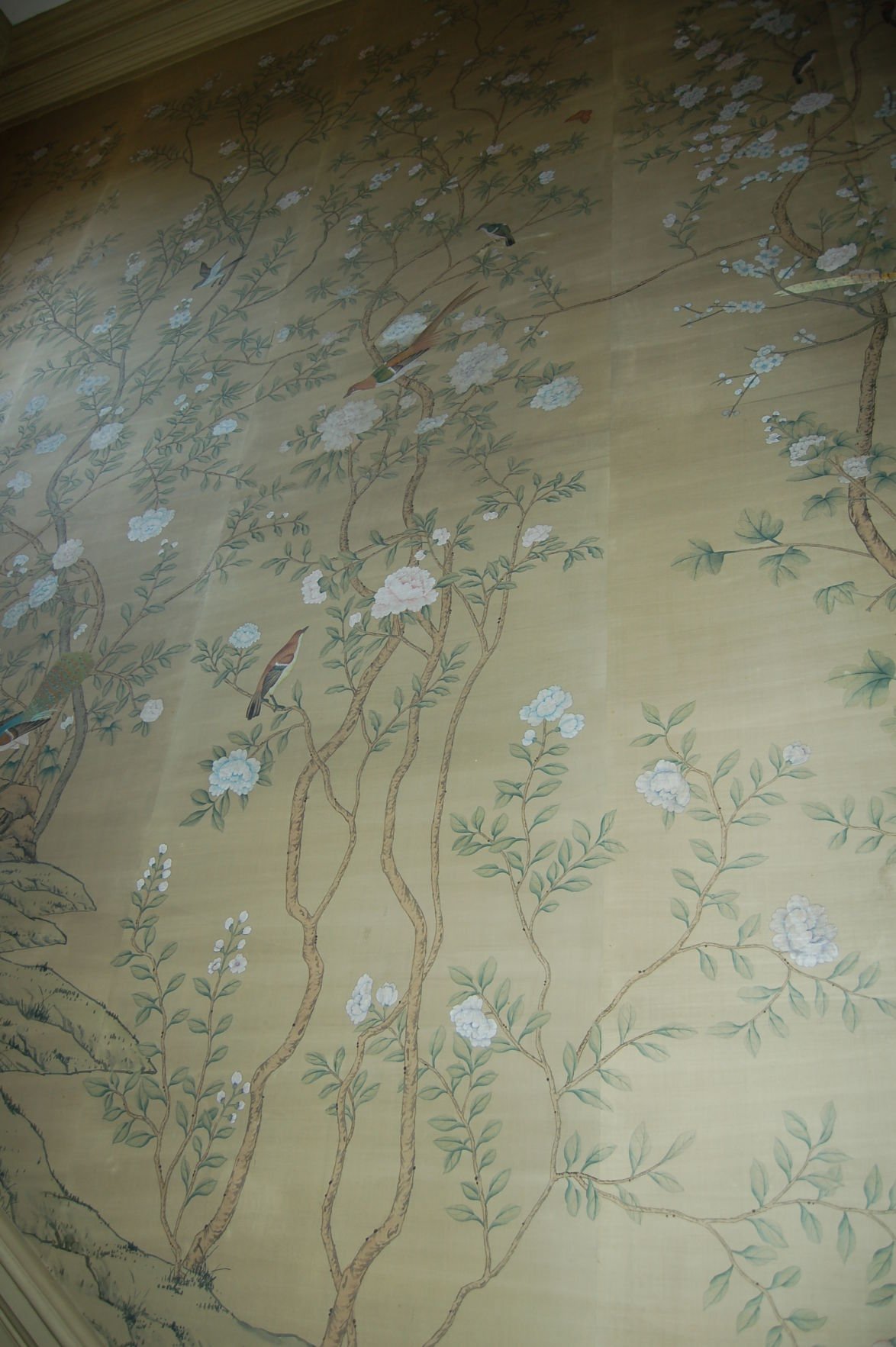 Birds are fashioned in this wall artwork at 59 Meeting St. 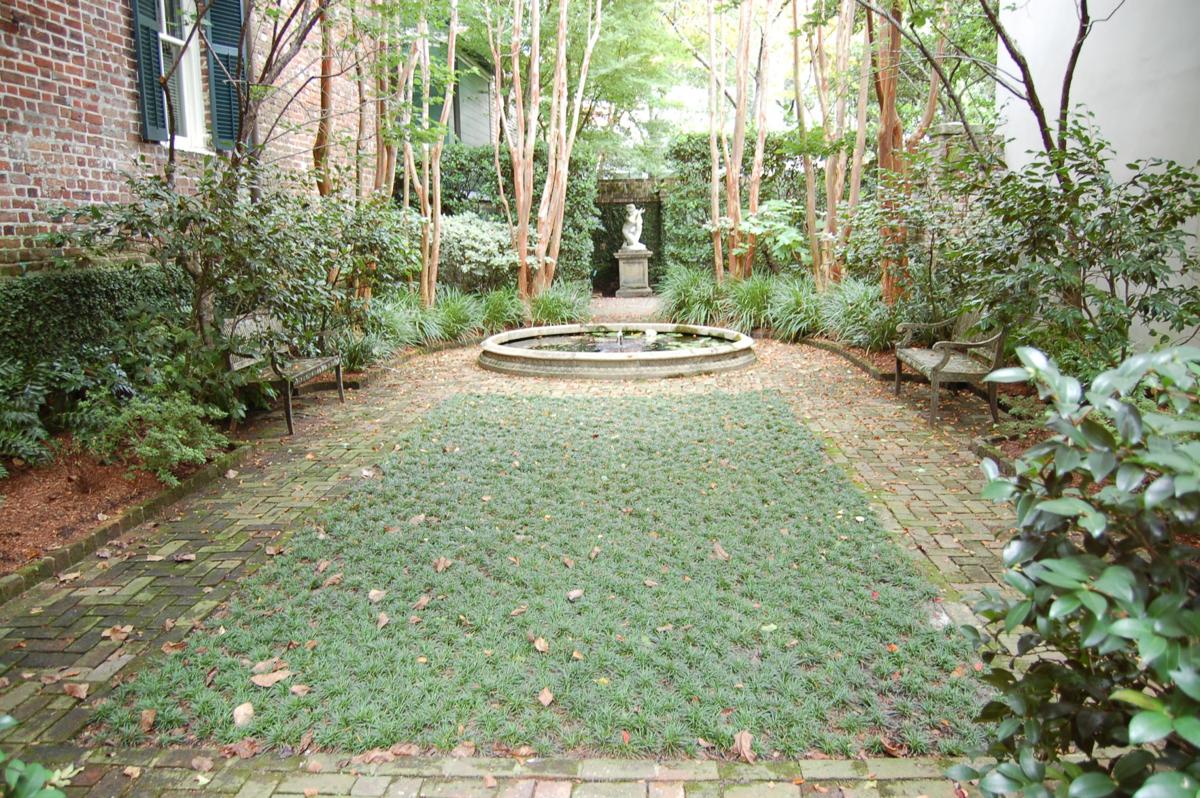 A landscaped lawn with fountain and statue spotlights the backyard. 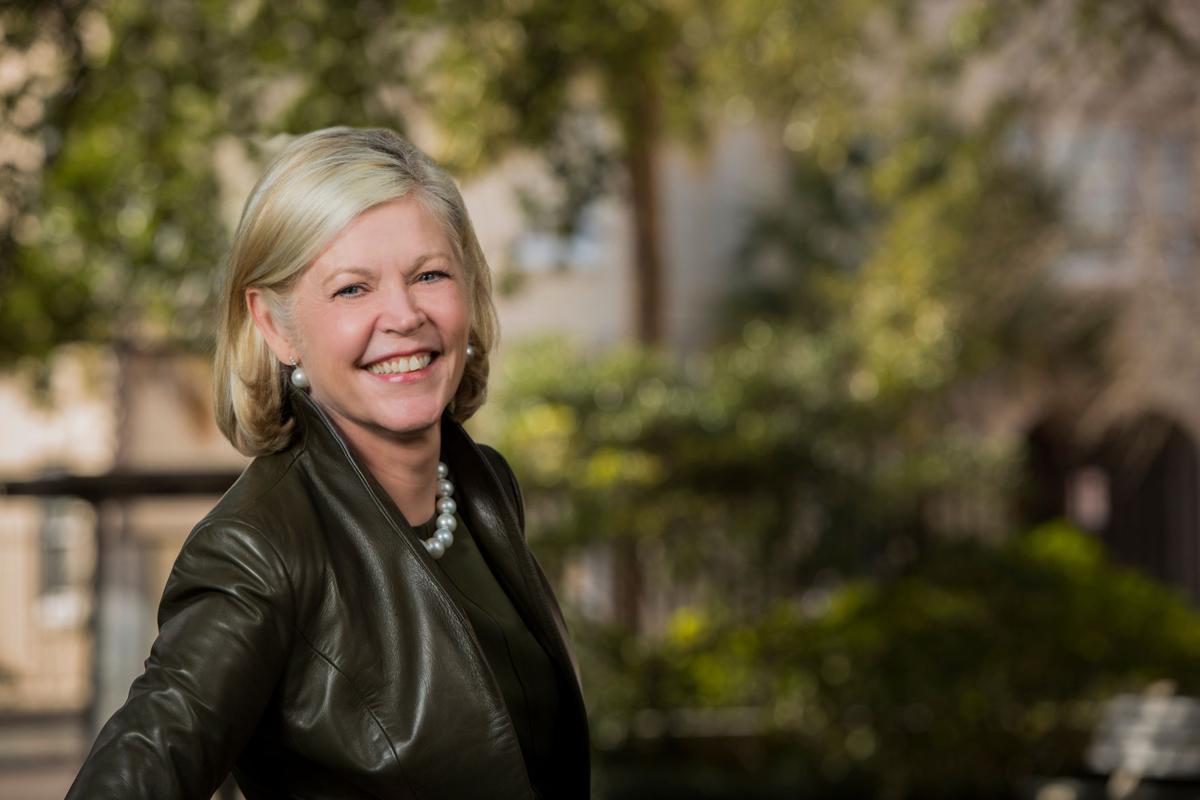 A dozen columns hold up double porticos at 59 Meeting St., known as the Branford-Horry House. It's for sale for $6.2 million.

Detailed molding marks the entrance overhang to a front sitting room at the Branford-Horry House. Provided

The house is listed on the National Register for Historic Places.

Birds are fashioned in this wall artwork at 59 Meeting St.

A landscaped lawn with fountain and statue spotlights the backyard.

Yet in all its colorful mashup of ancient, whitewashed, tree-shaded dwellings, the city boasts a few properties that most likely dominate visitors' remembrances.

Arguably, the house that best wears the past on one sleeve and the present on the other is the appropriately hyphenated Branford-Horry House (named for the builder and for an early 19th century mayor) at 59 Meeting St.

"It's truly one of the finest homes in the U.S.," Helen Geer says. She's president and broker-in-charge of Charleston-based William Means Real Estate — an affiliate of Christie's International Real Estate. Geer is also listing agent of the formidable 6,216-square-foot residence at Meeting and Tradd streets, on the market for $6.2 million.

"You've got great proportions," she says. The four-bedroom, four-and-a-half bath home rose sometime around the late 1740s to 1760. "This is a Georgian design. All of this woodwork is original," Geer says. The house went through a renovation in the early to mid 1800s that opened it up, creating a double parlor and eliminating small-sized doors.

Glenn Keyes Architects of Charleston oversaw the most recent restorations in the early 2000s. A gourmet kitchen near the back of the house displays high-end appliances. "They did a really good (renovation) job," she says. Well-known landscape architect Sheila Wertimer shaped up the gardens.

Geer suggests the residence can be turned into a bed and breakfast. It can also be further updated, such as with an elevator and swimming pool.

The ground floor includes parlors and a removed library, built in the mid-19th century, that houses rows of books. "This is kind of the snuggly room," Geer says, noting it could be remade as a TV room or office. The second floor shows off a sitting room, office and drawing room, which opens to the top piazza. Across the hall is a card room, made of cypress, that includes a wet bar.

Three bedrooms and two bathrooms — including one with a claw foot tub — dominate the third floor. Even though the house is at a fairly busy intersection, "The walls are so thick you don't hear anything," Geer says.

According to the agency, 59 Meeting St. is considered "one of Charleston's most significant colonial residences." It's retained many of its original architectural elements, including "extensive interior cypress paneling, and carved mahogany mantelpiece and cornice details," William Means Real Estate says.

In a multi-page overview, William Means Real Estate sets out the property's history.

The property site is within the Grand Modell, narrow lots formed at the time of the original Charles Towne settlement in the late 17th century. Who built the house is "unclear," according to the real estate agency. But by the 1760s, "a grand three-story dwelling, a stable with slave quarters and a kitchen house occupied the property." The drawing room's carved mantel and paneling are attributed to Henry Burnett, a craftsman who also completed carving at St. Michael's Church in the 1750s.

Elizabeth Savage Branford lived there with her husband William Branford, an "older wealthy planter." She or her father, silversmith Benjamin Savage, likely built the house.

Her grandson Elias Horry called the residence his home by the late 1810s and in the 1830s added large porticos front and back. He also widened front-room doorways "to create an imposing double parlor," a sign of his power and wealth at the time, William Means Real Estate notes, citing Jonathan Poston's 1997 book, "The Buildings of Charleston." Horry was Charleston mayor 1815-16 and 1820-21. He was later president of the South Carolina Canal and Railroad Co., "which under his leadership produced the longest railroad in the world," according to Poston's book.

By the 1940s, Eliza D. Simons Kammerer owned 59 Meeting St., having inherited it from her grandmother, and was among the "leading women" behind grassroots efforts to define Charleston as a national trailblazer in historic preservation. After World War II, she and her husband restored the house, exposing original 18th century paneling in the drawing room and peeling off paint to reveal cypress grain and carved mahogany details, William Means Real Estate points out.

Subsequent owners Benjamin Owen Geer Jr. and wife Eleanor earned a Carolopolis Award from the Preservation Society of Charleston for "utmost excellence in the dwelling's preservation," according to the realty.

Stephen and Laura Gates, who now own the Branford-Horry House, further restored the dwelling in 2001 by conserving inside woodwork and outside masonry, replacing historically inaccurate windows, re-fitting historic doors and shutters, relining 10 fireplaces and "replacing insensitive modern amenities with those compatible with the dwelling's historic character," William Means Real Estate notes.

The Branford-Horry House, the realty says, is "a unique pre-Revolutionary dwelling constructed in the heart of the city's oldest neighborhood."

For more information and photos, go to www.postandcourier.com/business/real_estate/jim-parker.