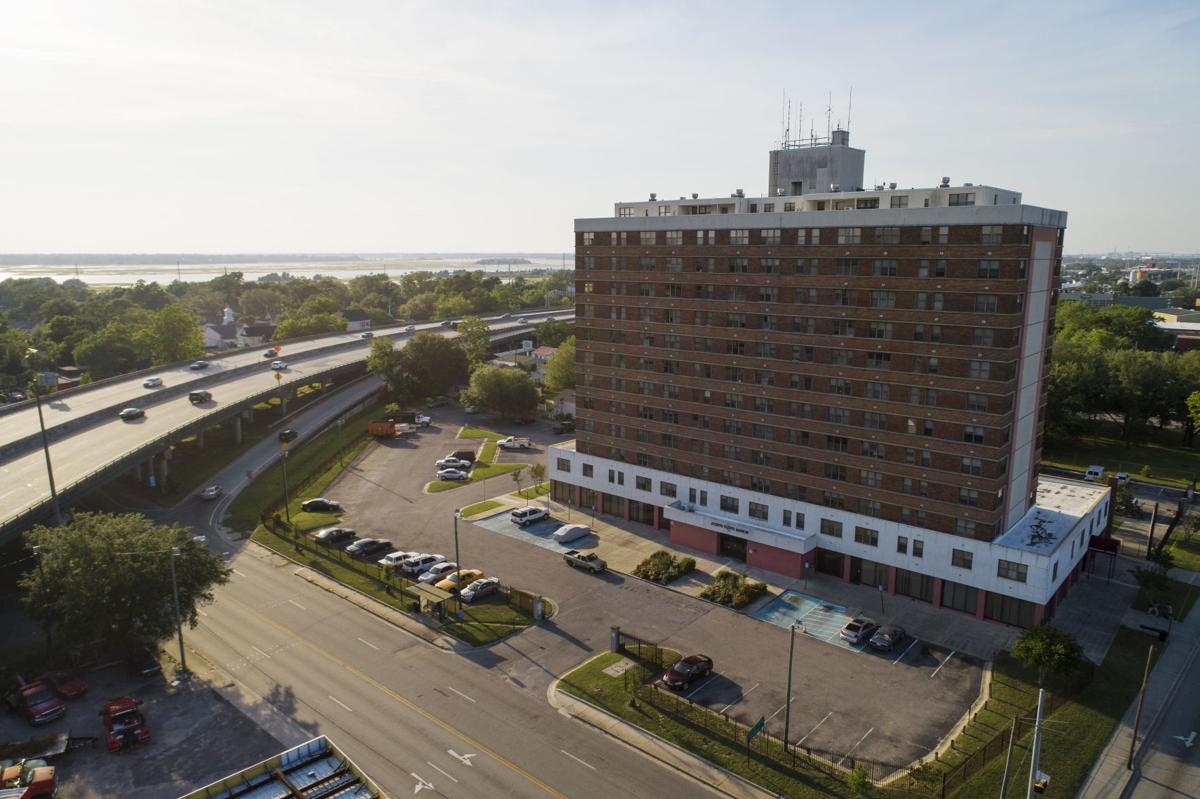 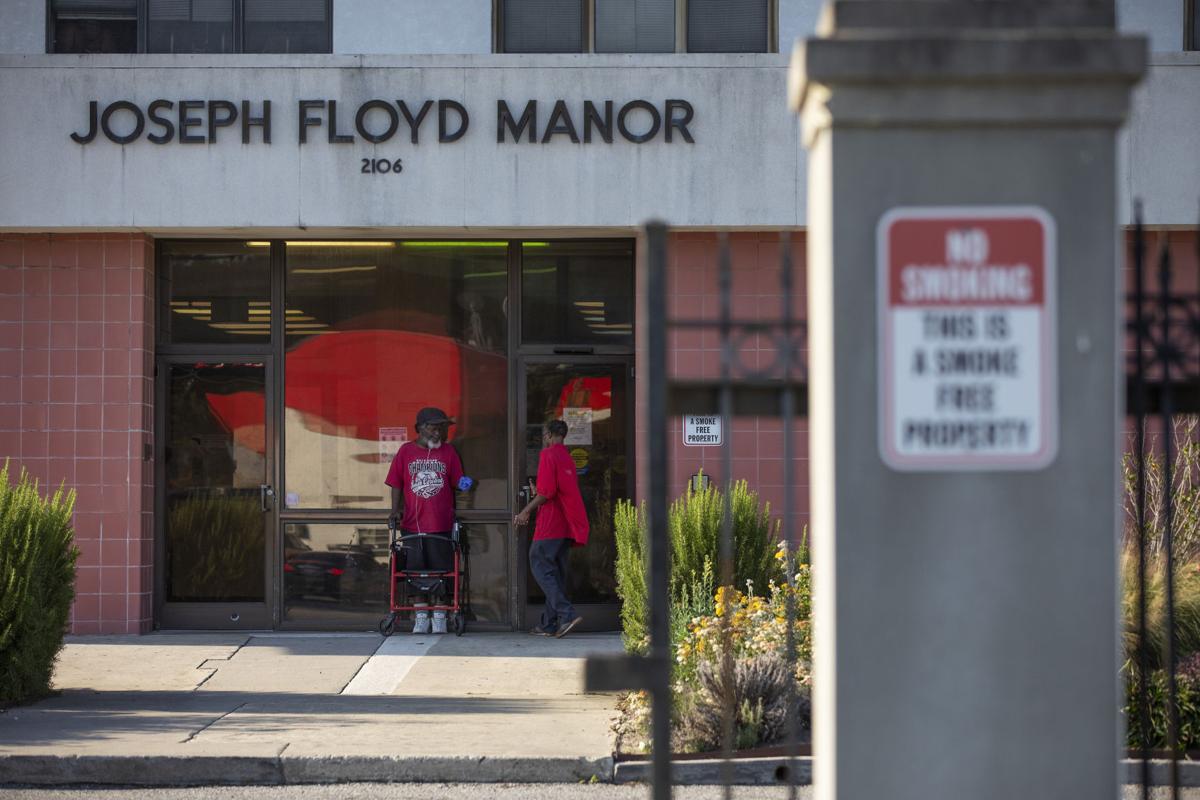 Residents outside of Joseph Floyd Manor in Charleston on Tuesday, May 5, 2020. Lauren Petracca/Staff 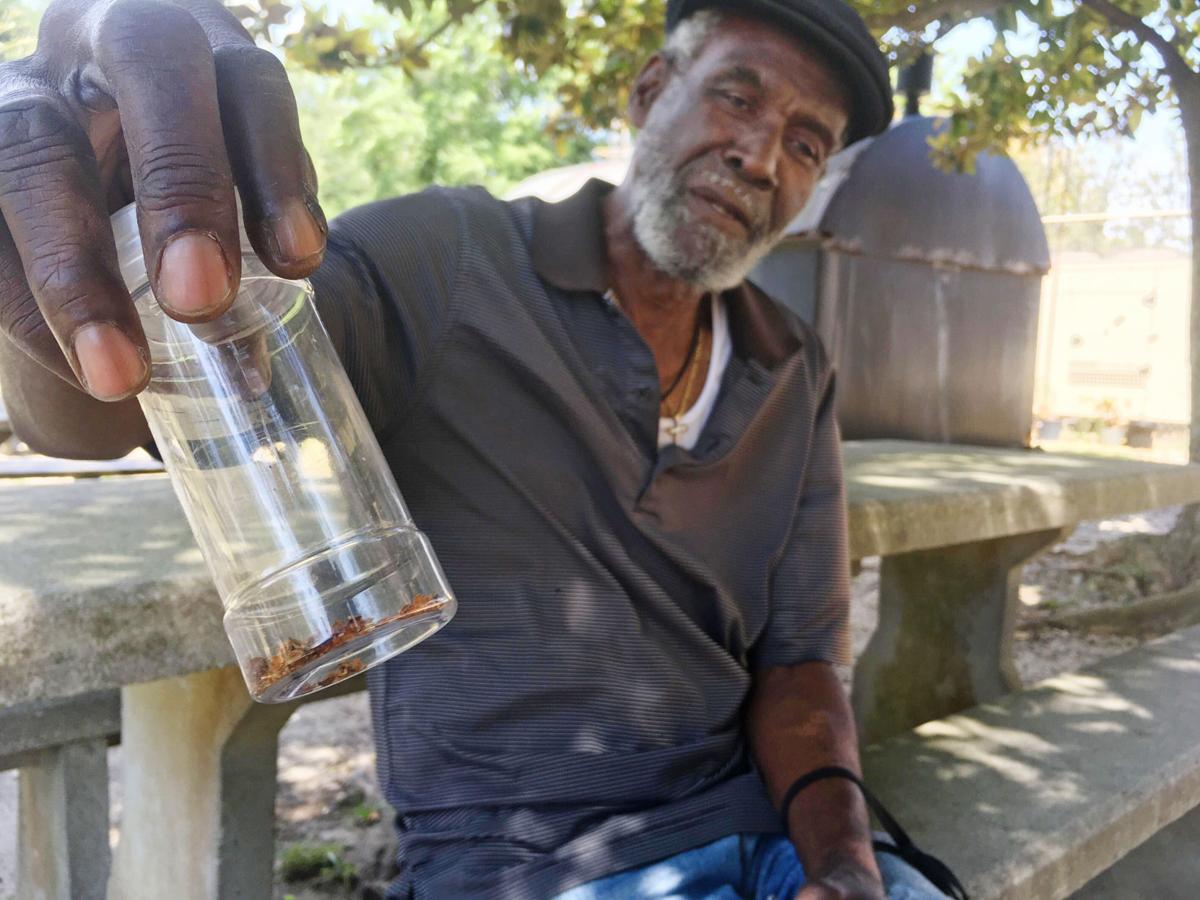 At a public housing building for seniors on the upper end of the Charleston peninsula, some of the area's most vulnerable residents report deplorable conditions.

Joseph Floyd Manor, a brick high rise on Mount Pleasant Street, houses senior citizens and people with disabilities. All live below the poverty line — many significantly so. The Post and Courier spoke with six residents, all but one of whom did not wish to be identified for this story for fear of retribution from building management.

All reported poor conditions inside the 12-story residential building. Bedbugs are rampant. There are cockroaches, rats and mice, they said, and feces left by these animals. Dust of unknown origin comes out of the air-conditioning vents. Drug dealers have come into the building and loiter around the premises.

For these residents, there is nowhere else to go. They cannot afford other apartments in a city where housing costs are skyrocketing. All said they feel abandoned and trapped.

"I moved here three years ago," said Ulric Michael Waldron, 76. "There used to be three maintenance guys and now there's only one. The entrance looks nice but you go up and everybody's got roaches. If they had a chance, everybody would leave."

The head of the Charleston County Housing and Redevelopment Authority, which owns and operates the building, acknowledged the problems in an interview with The Post and Courier, and said he is working toward solutions. This doesn't help those being bitten by bedbugs now, though.

Most, if not all, residents can't afford rent anywhere else in Charleston.

Waldron said he pays $296 per month for a studio, and another resident who didn't want to be named said she pays about $250 in monthly rent.

"These apartments, it’s a shame how they look inside," he said. "Rusted up. Old stuff. All these walls have holes. Almost everybody here has a towel under their door to try and keep the bugs out."

Waldron and others said they wake up at night to find bedbugs on their bodies.

One woman who did not wish to be identified confirmed the bedbug issue without being prompted when asked what conditions were like inside. She lifted up one pant leg revealing her ankle and calf covered in red, oozing bumps. She later said she's awakened after feeling bedbugs on her eyelids.

And Waldron said dust comes out of the air-conditioning vents. He suspects they haven't been cleaned in years.

"I’m not taking it anymore," he said.

The housing authority operates independently from the county as a business enterprise. James Williams, the authority's CEO, acknowledged the issues in the building and said problems had been festering for years before he came on board to lead the organization in October 2018.

"You're looking at 10 years where nothing was being done," Williams said. "The problems are being addressed. It's just going to take some time."

The housing authority has been hampered by budgetary shortfalls and other funding issues, he said.

Last year, the agency received 89 percent funding from the federal government, Williams said. The other 11 percent is supposed to come from rent, but most people in the building live on fixed incomes and some have no rent at all due to their financial situations.

With nowhere else for these residents to go, Williams said he's kept rents low. He doesn't want to see any of them end up on the street.

But that has forced difficult decisions when it comes to building maintenance.

The building's roof had been neglected for years, to the point that rats and other vermin were getting in through holes, and leaks were a concern during storms, Williams said. He could either afford to fully fix the roof or patch the roof and hire a contractor to take care of bedbugs and other vermin.

He chose the latter, and hired one firm he said goes from apartment to apartment applying pesticide and another that can heat treat units to kill bedbugs if needed.

Patching the roof trapped rats inside the building and now Williams said he's hired a contractor to rid the apartment building of the rodents. The housing agency has also spent about $300,000 sealing the building's basement.

Work to improve conditions was under way this year but has been derailed by the ongoing coronavirus pandemic, he said. Contractors have been reluctant to go inside the building for fear of exposing themselves to the virus.

And Williams said he's had to fire contractors during his tenure with the housing authority after he discovered they were not completing work as requested.

Security cameras have been installed inside to try to curb drug dealing, he said. Once funding is secured, there are plans to install cameras outside as well.

"It's unfortunate that the tenants have to suffer through it," he said. "We're trying to work with them. We’re doing things to try and get it back to normal, but we can’t do work orders right now because of the emergency."

The U.S. Department of Housing and Urban Development has frozen all inspections, and Williams said he doesn't know what kind of funding he'll get from the federal agency this year.

In addition, Williams said, a $1.2 million loan taken out years ago now requires annual payments of about $100,000.

"That loan should have been used to fix this building up," Williams said.

The Post and Courier has requested records detailing how money was spent on maintenance at the building and an itemization of the borrowed money's disbursement.

"In every area, I’m short," Williams said. "I want (residents) to know that I’m really concerned, that I take this really seriously."

Waldron, a Brooklyn native who moved to Charleston in 1973, said he feels let down and abandoned by elected officials who he says only come by every four years asking for votes but aren't heard from otherwise.

Although he recognizes that the city has no oversight over the building, which is managed by the housing authority, he feels like Charleston Mayor John Tecklenburg should be speaking up on behalf of the Manor's residents.

"He’s the mayor of the city," Waldron said. "It seems like he should be the one trying to do something."

Tecklenburg said he feels deeply for the plight of these residents and that he is prepared to speak up on their behalf and advocate for them in whatever ways he can.

The city, which has its own housing authority and maintains a separate system of public housing, has been working with HUD to renovate its properties, he said.

"I am concerned about the citizens," he said. "If they reached out to us we’d be happy to respond to them."

Tecklenburg said any residents of the Manor who are concerned about their situation are welcome to call his office or the city's Citizen Service Desk at 843-724-7311.

Arrest made after stabbing at Charleston retirement home

The Post and Courier also reached out to two elected officials who have a history of addressing issues at Joseph Floyd Manor: S.C. Rep. Wendell Gilliard and Charleston County Councilman Henry Darby.

The two said that several years ago, they heard that residents were living in poor conditions inside the building, so they helped residents organize and create a neighborhood association, then pushed improvements through.

"Joseph Floyd Manor has always been a pet project for me," Gilliard said. "I'm there for them."

The state representative invited any residents who have concerns to call him at 843-209-3123.

Darby stopped by the building and spoke with residents outside Thursday night.

After hearing reports of conditions inside, he said he was disturbed and committed to helping direct resources and bring people to the table in order to solve the problems.

Residents of Joseph Floyd Manor experiencing these or other problems who would like to talk to a reporter can call Gregory Yee at 843-323-9175.