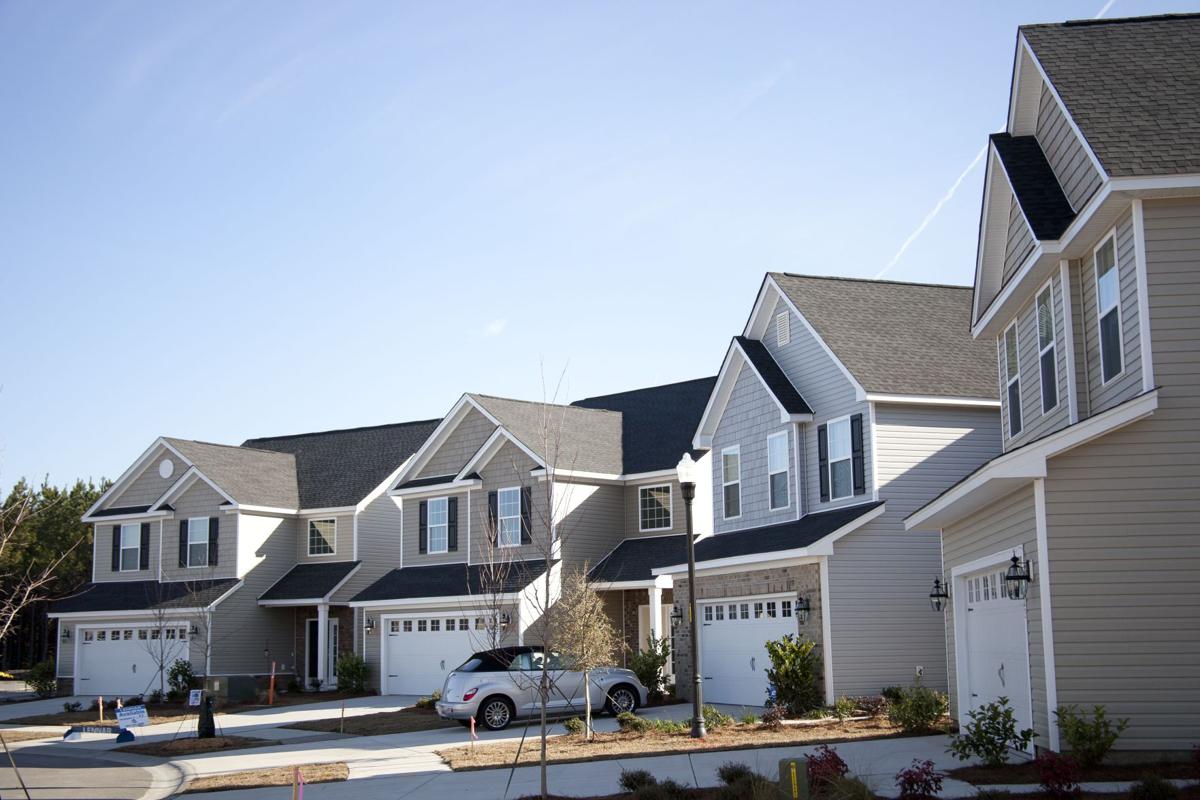 Lennar has built several homes in the Charleston area, including these in Cane Bay in Berkeley County. File/Laura Olsen/Olsen Imagery

The 370-acre North Fairmont Tract in Berkeley County was annexed into Moncks Corner in 2018. Lennar Homes recently paid $12.5 million for 342 acres in the tract, where as many as 800 homes and 50 townhomes could be built. Cypress Gardens Road is on the southern edge while Old U.S. Highway 52 is on the eastern edge of of the property. Foxbank Plantation is on the upper middle left on the map. Provided/Berkeley County

Another large housing development will soon rise in the Charleston suburbs.

About 800 houses and 50 townhomes are planned for the North Fairmont Tract about 25 miles from downtown Charleston, according to an annexation request with the town of Moncks Corner that was approved in 2018.

"It's all approximate right now," said Jason Byham, Lennar's Charleston division president, referring to the number of homes that could be built on the property. "The site has a significant portion of wetlands through the middle of it."

He said the number of houses could be closer to 700 after working through wetlands issues. The number of townhomes will remain at about 50.

Nexton, big as a small city, is rapidly developing as Charleston's next job, home center

"We have development permits in hand," Byham said Friday. "Development will begin in January."

Townhomes will be priced in the high $100,000s while houses will start in the $200,000s in the new development. About 25 different floor plans will be offered.

The new housing development will include amenities such as a community pool and walking trails along with an open play area with a cabana or outdoor gathering structure, Byham said.

The subdivision, called Fairmont Pines on planning documents, doesn't officially have a name yet, Byham said, but the first new homes will be available in 2021.

"It just might be called Fairmont North since we developed Fairmont South across the street," he said.

Fairmont South was recently completed with close to 200 new homes.

The new housing development will add to the surge of new homes slated across southern Berkeley County.

In the town limits of Moncks Corner alone, which stretch from south of Cypress Gardens Road to the Tailrace Canal, more than 3,000 other housing units are in the works at nine other developments.

In Cainhoy Plantation off Clements Ferry Road north of Daniel Island, about 9,100 houses are planned. Up to 5,700 will rise in the 2,000-acre Wildcat Tract next to Cane Bay Plantation, where as many as 10,000 homes could one day be built. Forty percent are already on the ground in Cane Bay.

Just south of Cane Bay lies the 4,500-acre Nexton development where more than 16,000 residents could one day call home just north of Summerville in about 7,000 houses. East of Nexton is Carnes Crossroad in Goose Creek, where 4,500 homes are slated to be built.

Other smaller tracts near massive developments will bring hundreds of other homes to Berkeley County, where the population grew 24 percent to 221,000 from 2010 until 2018, based on U.S. Census estimates.

Charleston-area home sales turned positive in November and are about 1,400 away from setting a new yearly record. Meanwhile, a national real estate group predicts the Charleston housing market is one of the 10 in the U.S. that will outperform the nation over the next few years.

4,000 new houses in the works in Moncks Corner near Charleston

Moncks Corner, the sleepy county seat of government in Berkeley County, is poised to gain about 10,000 new residents through close to 4,000 new housing units inside town limits, which extend southward down U.S. 52 beyond Cypress Gardens Road.