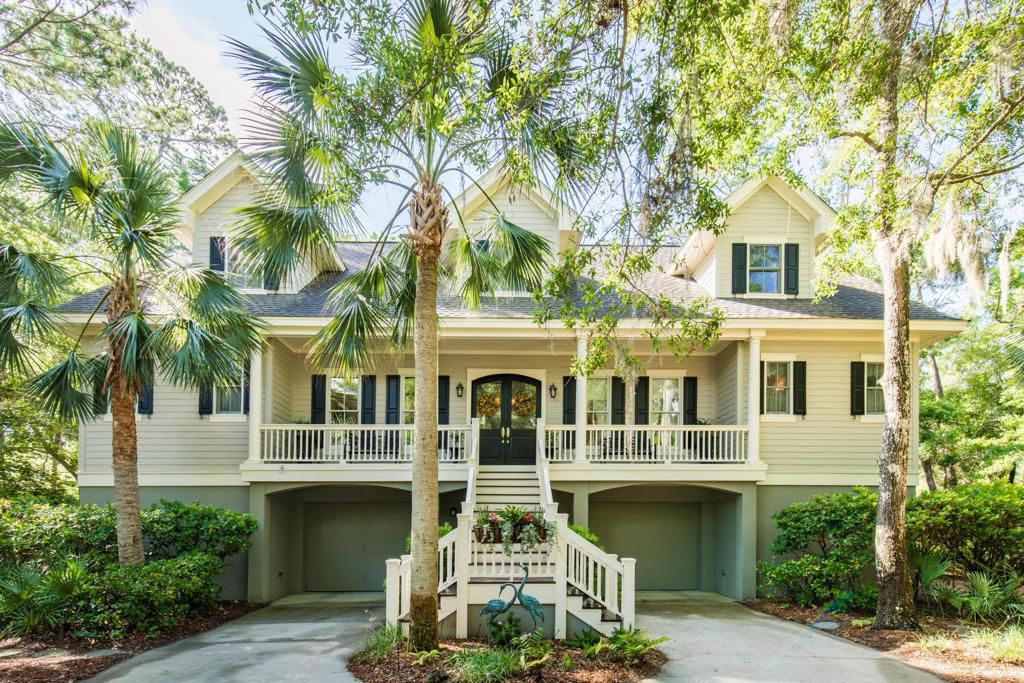 The home at Loblolly Lane has a floor with its own bath and kitchen, making it an ideal multigenerational home. The home lists for $975,000. Photo/SIRE. 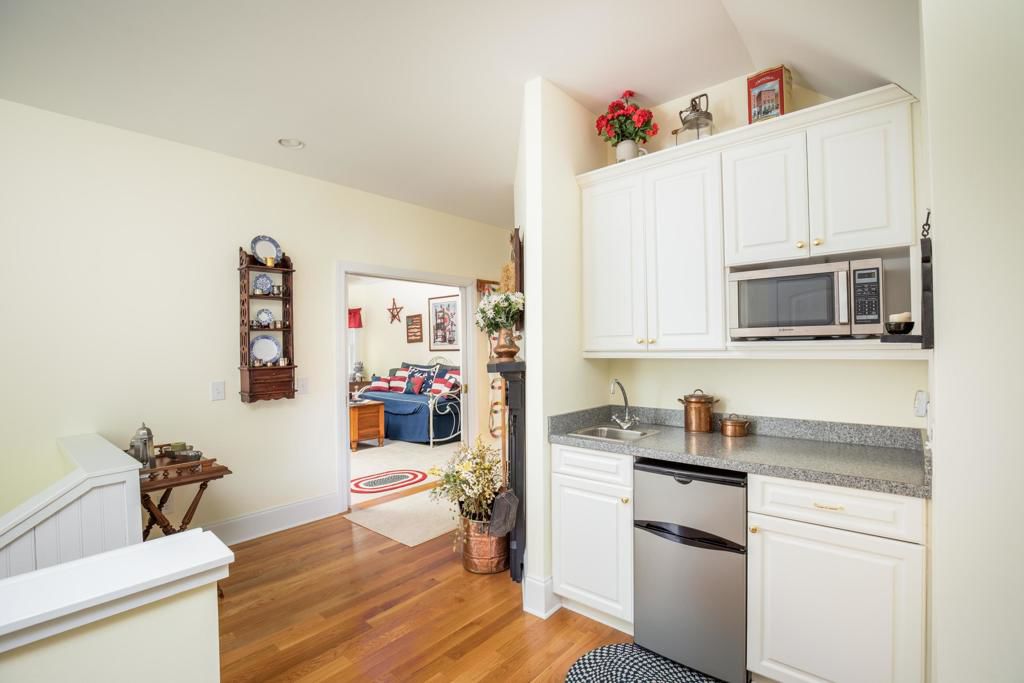 A kitchenette in a multigenerational home is a bonus, providing residents privacy and independence. Photo/SIRE. 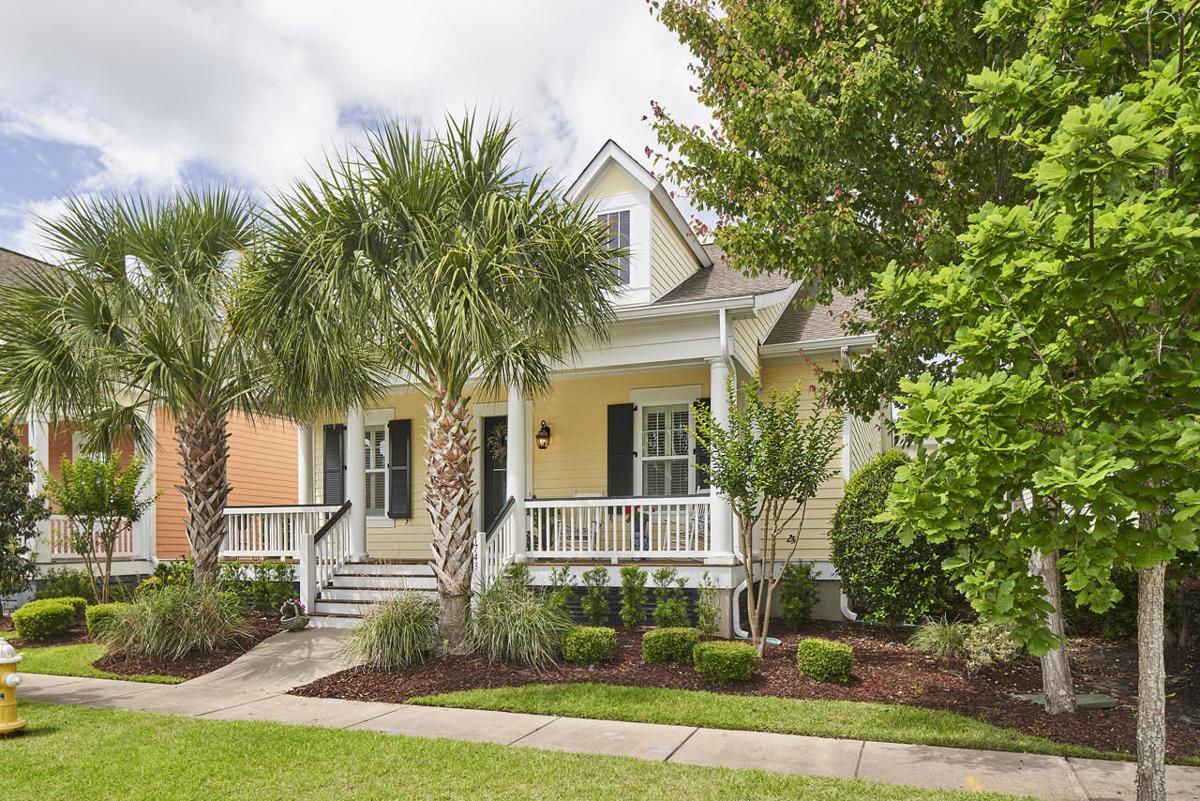 A home on Daniel Island at 1743 Providence Street has a FROG over the garage providing a separate living quarters. List price is $629,990. Photo/Daniel Island Realty. 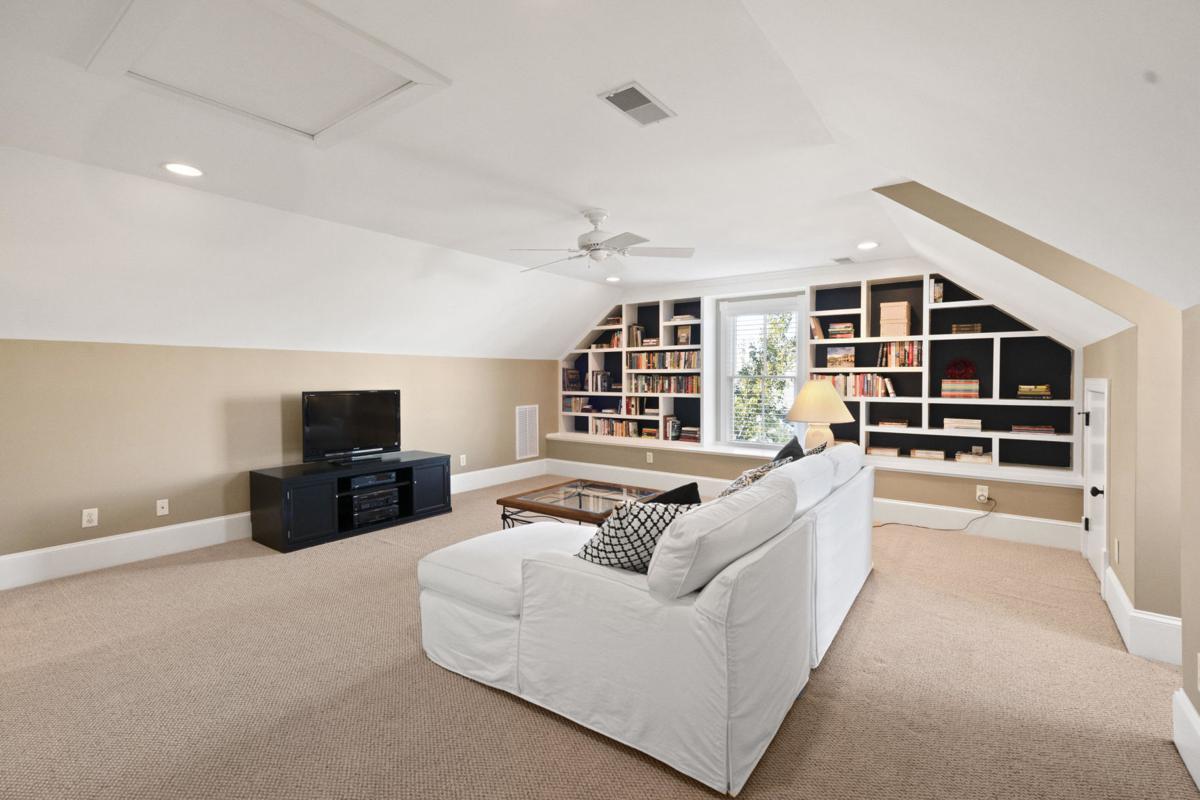 A large bonus room at a home on Daniel Island at 324 Ginned Cotton Street has its own bath and could be easily used as a separate living quarters for a family member. Photo/Daniel Island Realty. 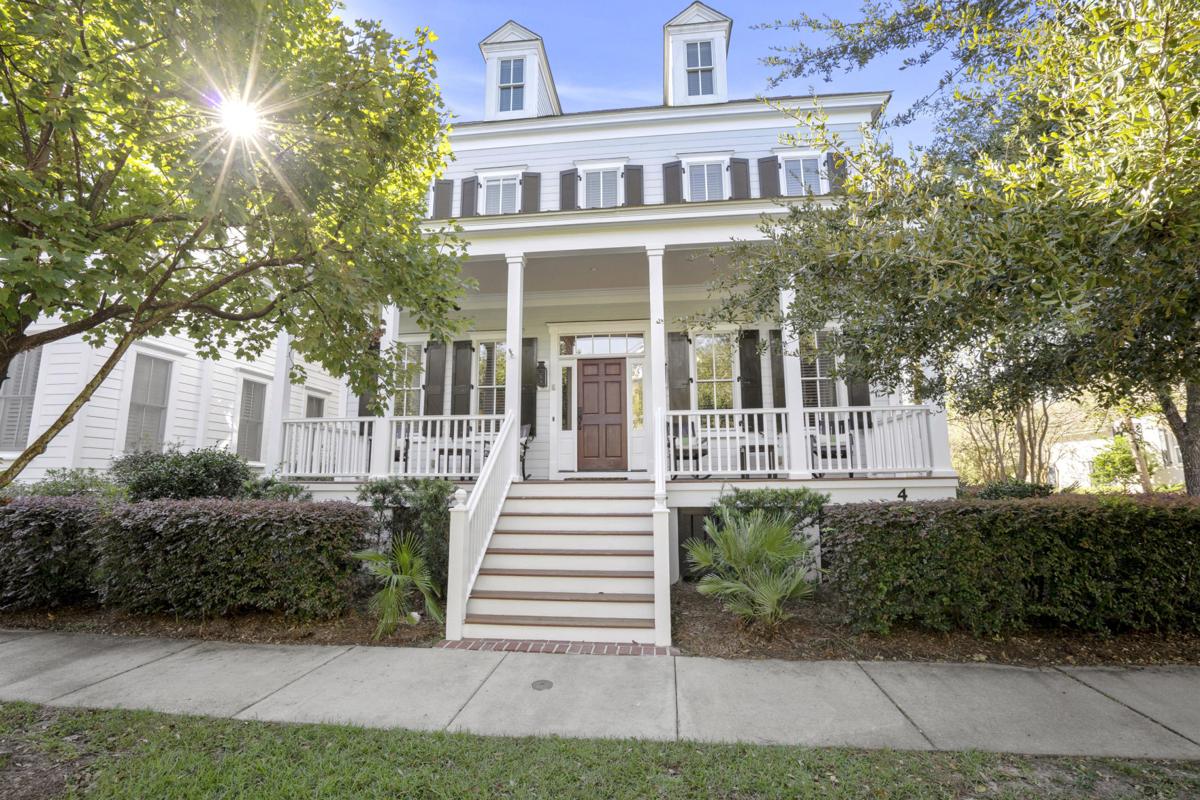 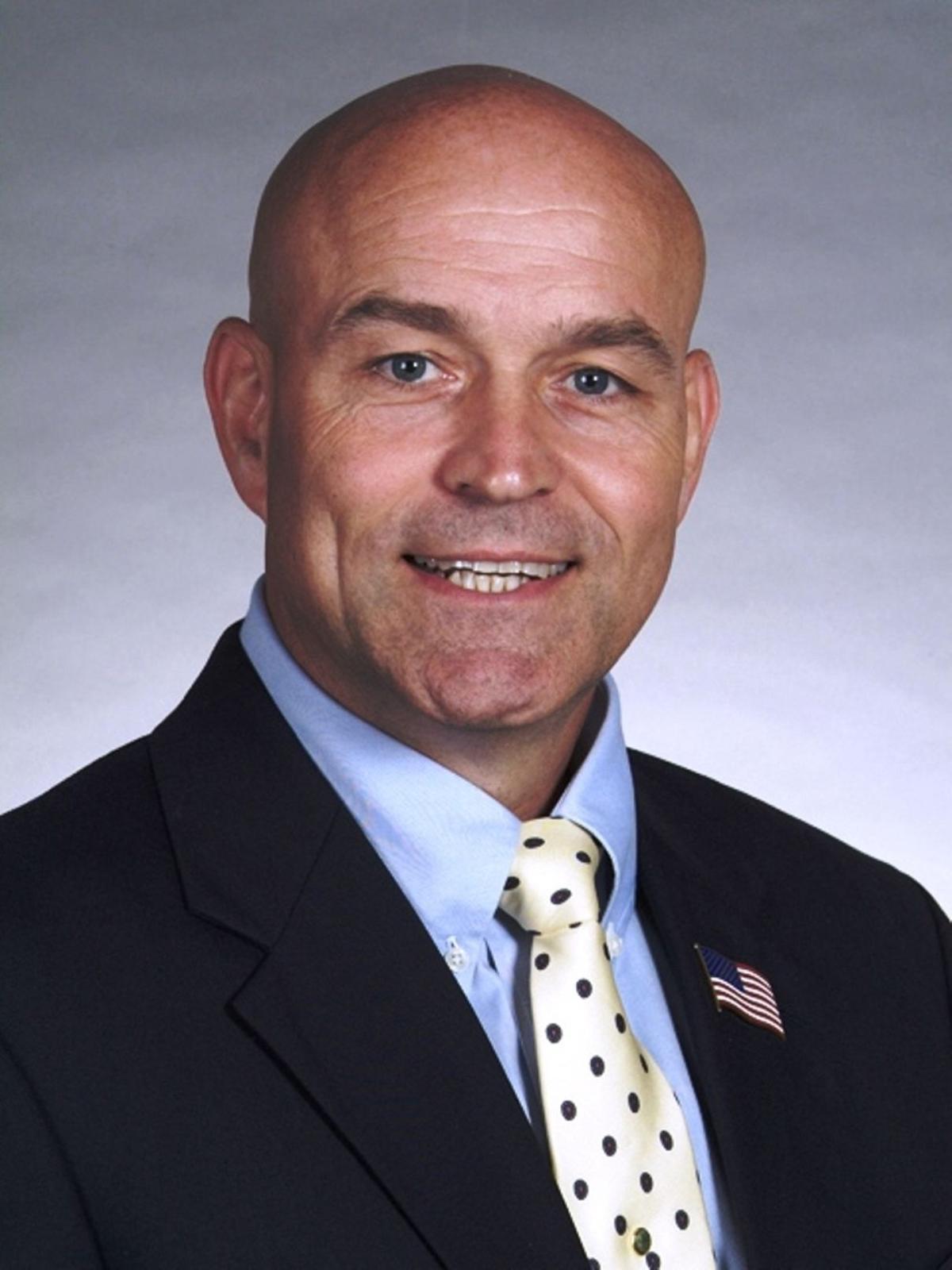 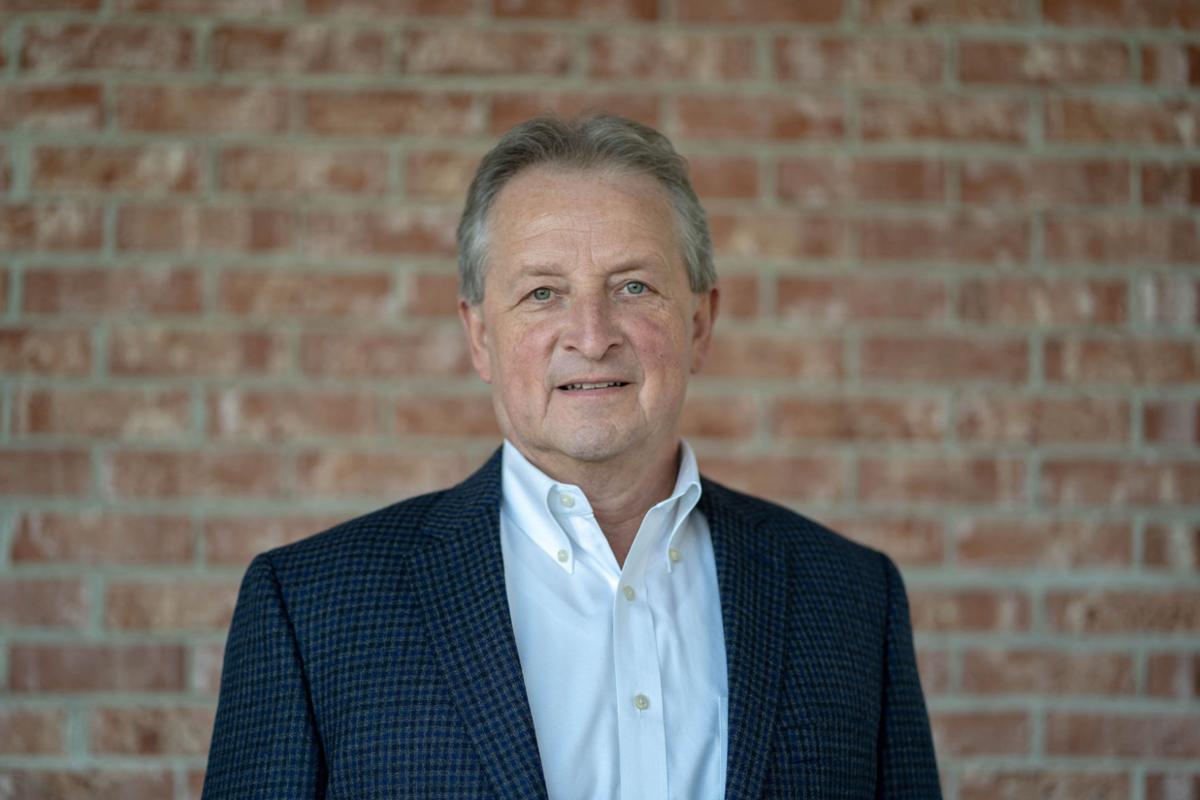 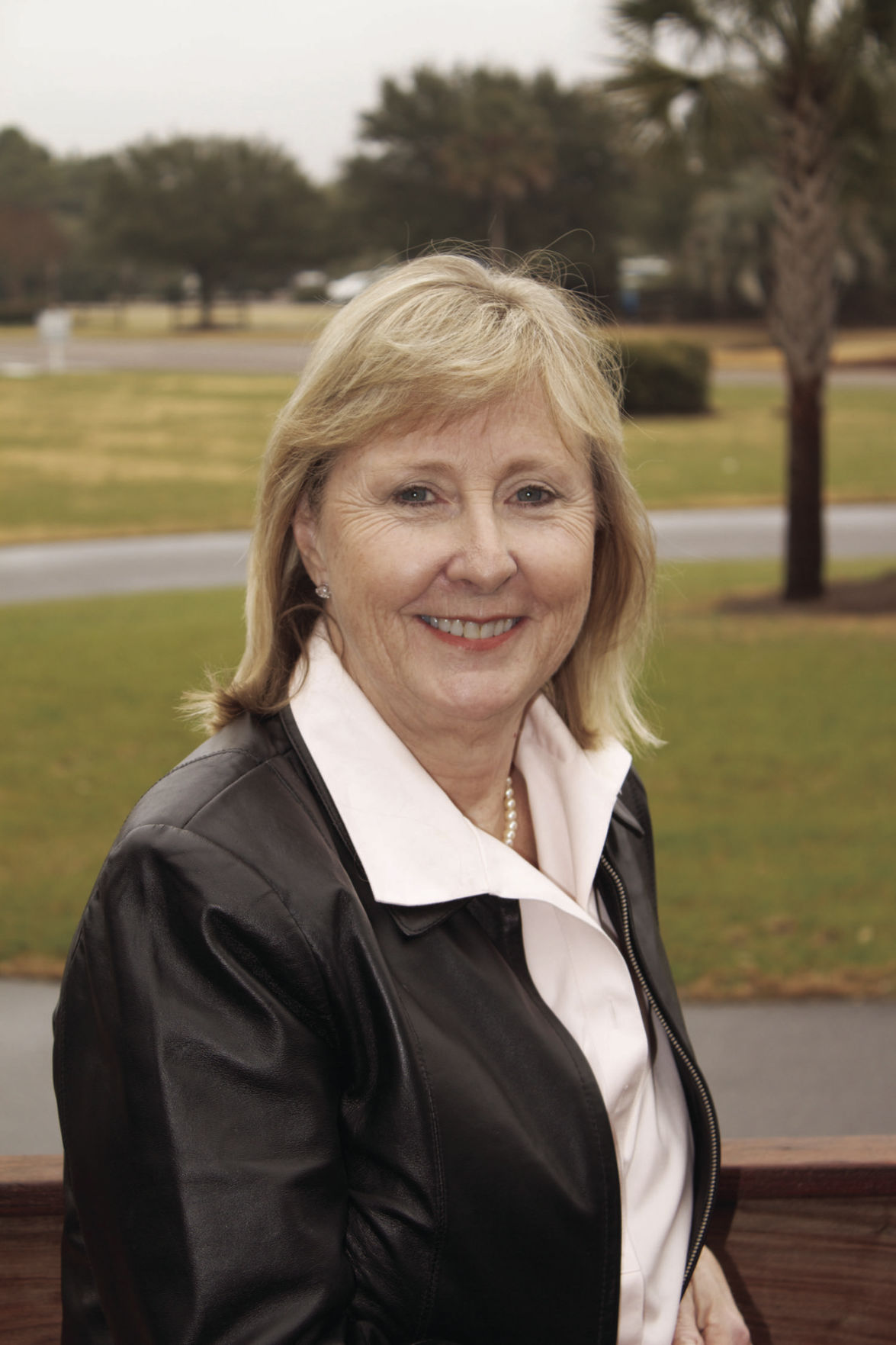 The home at Loblolly Lane has a floor with its own bath and kitchen, making it an ideal multigenerational home. The home lists for $975,000. Photo/SIRE.

A kitchenette in a multigenerational home is a bonus, providing residents privacy and independence. Photo/SIRE.

A home on Daniel Island at 1743 Providence Street has a FROG over the garage providing a separate living quarters. List price is $629,990. Photo/Daniel Island Realty.

A large bonus room at a home on Daniel Island at 324 Ginned Cotton Street has its own bath and could be easily used as a separate living quarters for a family member. Photo/Daniel Island Realty.

In a study conducted by Paw Research Center, 64 million of Americans were living in a multigenerational household in 2016 – that’s 20 percent of the population. The same study concluded that multigenerational family living is growing among nearly all U.S. racial groups. Defined as “two or more adult generations, or including grandparents and grandchildren younger than 25,” the increase spiked after the recession of 2007-2009.

This was also the trend in the 1950s, but it declined in the 80s to 12 percent. Of course, there are several variables for the increase, but the need is there. Aging parents and so-called “boomerang” children make up the majority of the generations living under one roof. The study found that in recent years, young adults are the age group most likely to live in multigenerational homes. Aging parents once took the No. 1 spot, but trends show that this group is living healthier and longer – opting to live on their own or with their equally healthy partner.

Some homeowners want that extra space for when a mom or dad comes to visit. Or, kids from college coming home from college like to have their own “me” space such as apartments over the garage, or a basement space with separate entrance. For some, it means an extra bedroom or two for those times during the holidays when people come to stay for a while.

From modest to luxury, multigenerational construction makes good sense, no matter what the situation.

“I think there is likely to be a growing trend in multi-generational housing across America,” said Steve Rowe of Carolina One Real Estate. “Baby boomers are retiring and grandparents and great grandparents want to be closer to and involved in the lives of their grandchildren. Dual-working parent households may not just want, but also need, additional caring supervisors for the kids. The logic of these homes seems obvious.”

It does for a myriad of reasons, one being cost-savings. As home values and construction costs continue to rise, it makes sense for more people to live under the same roof. Not just in areas of the country where buying a home can be nearly impossible for the average buyer, but for coastal areas, such as Charleston where both insurance rate and home prices are increasing.

Hearkening back to a time when families lived in closer quarters – down the road or in the same neighborhood – and, now under one roof is an option for some, a necessity for others. According to a recent Entrepreneur magazine article, “real estate developers are adapting their home designs to create more appropriate living spaces to accommodate grandparents, parents and children. . .”

The trend is affecting our buying habits according to the same article. Predicting that by 2035 one of three households will be “headed up” by someone over 65, retailers are also redefining their branding to accommodate the shopping habits of this demographic. Obviously a wider range of products will be purchased by a multigenerational household, which will encompass a wider range of styles. Appealing to multiple generations will be the norm going forward – reflecting consumer habits in both home buying and the products we use to put in them.

“There’s a lot of newer construction in this market, and homebuilders have been addressing market demand for flexible living space and mother-in-law suites for some time now,” said Jeff Leonard, Vice President of Sales and Broker-in-charge of Daniel Island Real Estate. “So, even in the resale market, you’ll see lots of options with flexible floorplans that can be converted for different purposes.”

Leonard said the average size of these homes is approximately 3,000 square feet. “On Daniel Island the option for extra and/or flexible space has been important from the early days of development. DI is the type of community that is attractive to both young families and retirees. It’s been common for young families to design homes that can accommodate their parents in retirement. FROGS (finished rooms over garage) have traditionally been the most common type on Daniel Island.”

Historical dwellings so prevalent in the Charleston region take advantage of separate structures. “In older neighborhoods like downtown and the Old Village, you see more detached dependencies and carriage houses used for this sort of thing,” said Leonard.

Though the multigenerational homes may seem like a recent “trend,” in this region of the country, it’s not the case in other areas of the country, where it’s becoming more the norm.

“The first time I saw a clearly accepted, and even embraced, example of multigenerational family living was when I was stationed in Hawaii back in the late 1990s,” Rowe explained. “Land in paradise is at a premium, so the cost of a home is quite high. Spreading the shared cost of a home across three or four generations made common sense, as did the sharing of caring amongst several rungs of the generational ladder.”

Stowe commented that there was a “rich stew of ethnic heritages prevalent in Hawaii.” The caring culture he said was to “not just tolerate but embrace the idea of three or four generations living under one roof.”

The rise of racial and ethnic diversity in the country’s population accounts for some of the rise of multigenerational living, according to the Pew Research Center.

“I believe there will continue to be a niche growth in multigenerational capable home designs and homestead ideas,” Stowe revealed. I love the idea of a rural family home compound of two or three dwellings, for example. That isn’t really as practical a trend for most folks and families. You can actually see some variations of that theme in some of the more traditional communities where family land/heirs property land has lent itself to an extended family home ‘cluster’ of usually related folks.”

Stowe believes that larger homes, or homes with more complete and separate living spaces seems to be more likely a design trend here.

Leonard commented that homes with FROGS and mother-in-law suites are more prevalent in new home communities of the past decade that are located throughout Charleston because that’s when it became more common to incorporate such space during the home design process.

“You can also see these spaces in the beach communities, with many of the larger beach homes that are used for extended family vacations,” Leonard said.

Stowe agreed, but sees these types of dwellings on Charleston beaches as potential mutigenerational homes as well. “Although they seem to have been built much more with tourism/short term rentals in mind, many of the multiple-bedroom, multiple bathroom large beach vacation rentals could actually become great multigenerational dwellings with minor design changes,” he said.

Molly Burkart of Seabrook Island Real Estate lists a home that could most certainly work as a multigenerational home. The luxury home at 2133 Loblolly Lane is nearly 4,000 square feet and was built in 2006.

“The space in this home – the bedrooms are split so that a guest, or – mom, dad or child that moved back home – has their own floor complete with bathroom and kitchenette. This provides a great sense of independence while living with other family members,” Burkart said. “The resort part of the Charleston real estate market has long been recognized as generation friendly housing,” said Burkart. “In some homes on Seabrook Island, this is done with a FROG to southerners, Bonus Room to northerners.”

Burkart noted that family friendly spaces can bring in extra income if or when family members move out. “Mother-in-law suites and garage FROGS can sometimes be converted into VRBO or AirBnB on Seabrook Island. If there is a separate entrance to this part of the home, these properties can produce income as an ‘in home’ rental to vacationers. So, while building for future generations under one roof, the separated property can be family vacation use and/or income producing property.”

Home design and building is most certainly dictated by demand. Though the Charleston region may not be experiencing the same need for multigenerational living as other parts of the country yet, building designs and trends within planned communities are building large homes with such rooms, quarters and spaces. Charleston’s increasing development of these communities also incorporate family friendly spaces, including separate condos or homes within them for baby boomer parents or grandparents.

“One solution in regards to multigenerational homes is ground level apartments below foundation homes,” Stowe said. “With attention to flood zones of course, but ground level access is advantageous to limited-mobility seniors.”

Homes with designated spaces for various family members – whether it’s a permanent or temporary situation – is here, and according to some in the real estate industry, it’s a trend that could very well become the norm.