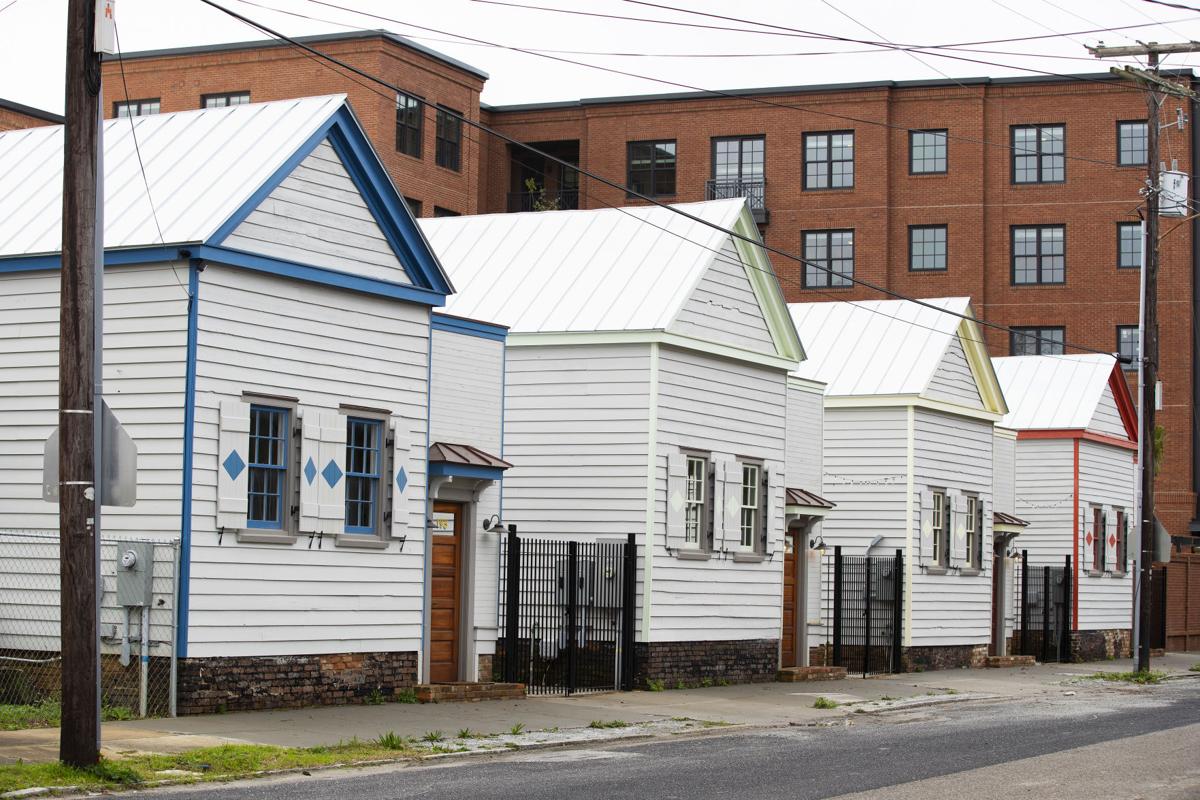 The restored Freedman's Cottages on Jackson Street are among 20 recipients of this year's Carolopolis Award for outstanding historic preservation. Lauren Petracca/Staff 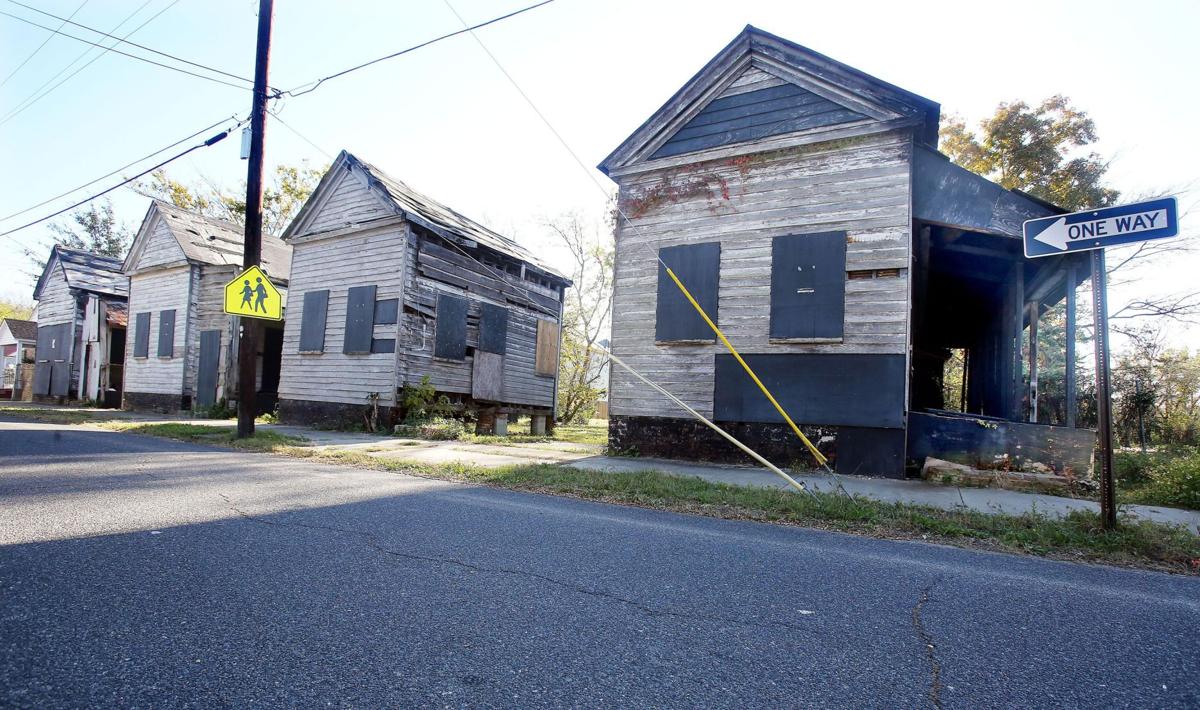 Four Freedman's Cottages on Jackson Street in Charleston remained vacant for many years before being renovated recently. On Thursday, they will be among 20 recipients of the Preservation Society of Charleston's Carolopolis Award for preservation. File/Brad Nettles/Staff 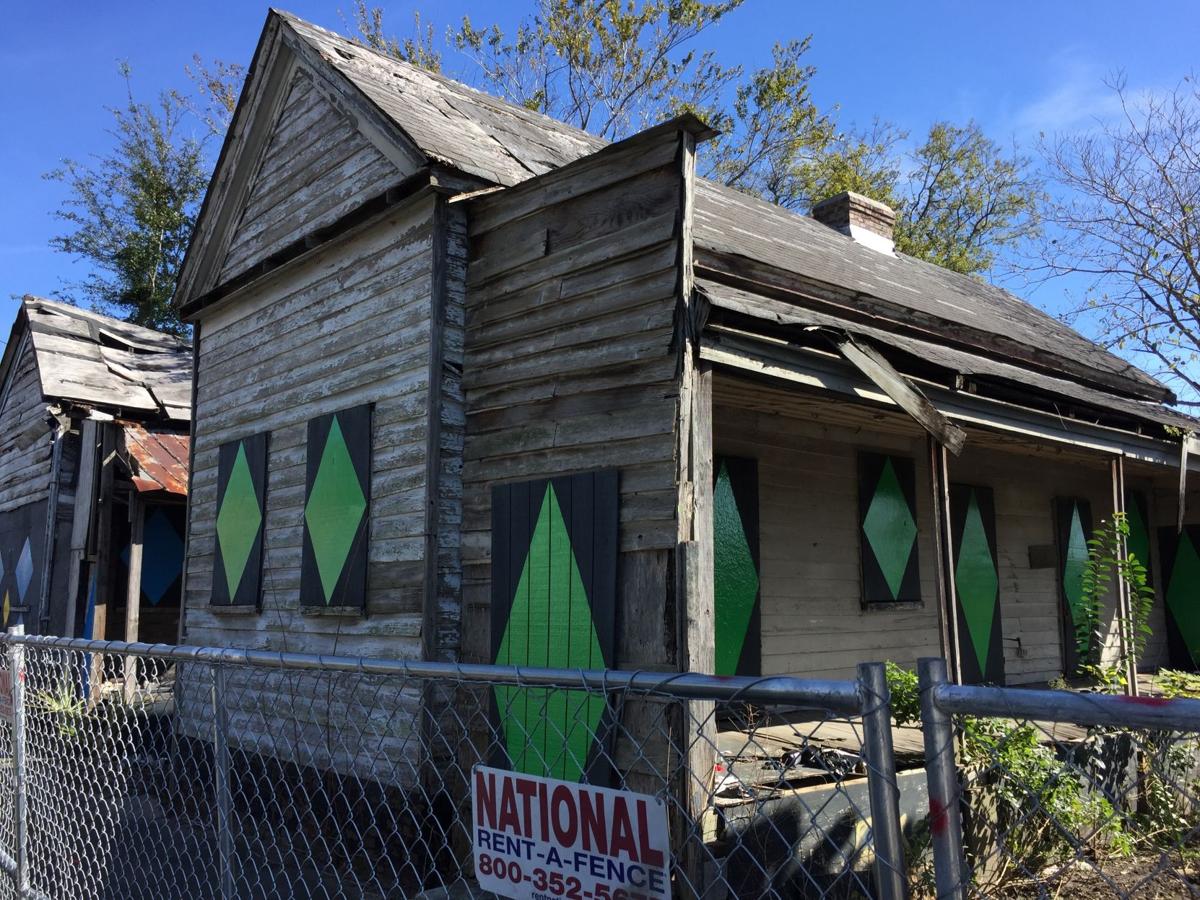 The Freedman's Cottages on Jackson Street, built in the late 1800s, stood in disrepair for many years before efforts to stabilize them and preserve them as part Charleston's culture and history. Provided/Mount Vernon Partners 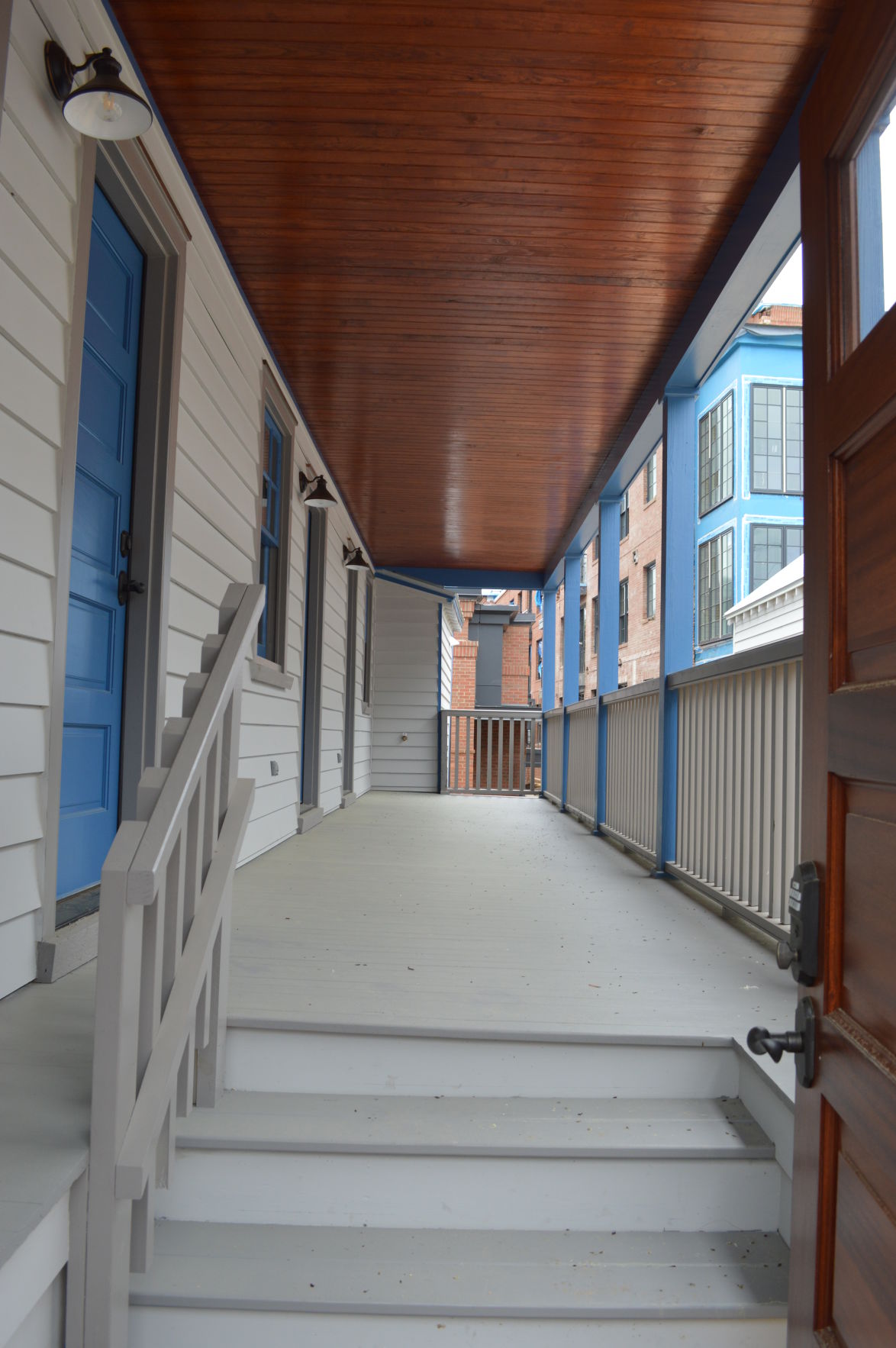 The piazza has been restored at the former Freedman's Cottage on Jackson Street next to the new Summit Place Apartments. Provided/Mount Vernon Partners 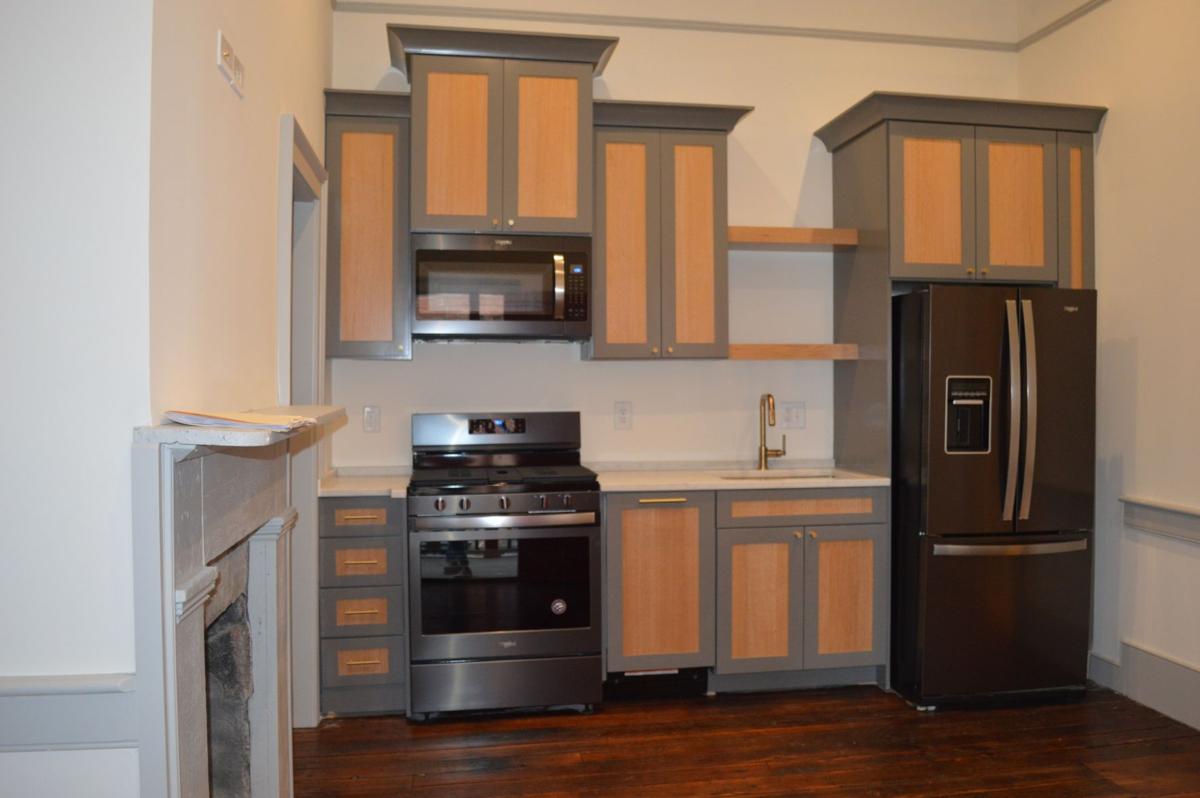 The restored kitchen inside one of the four Freedman's Cottages on Jackson Street in Charleston. Provided/Mount Vernon Partners 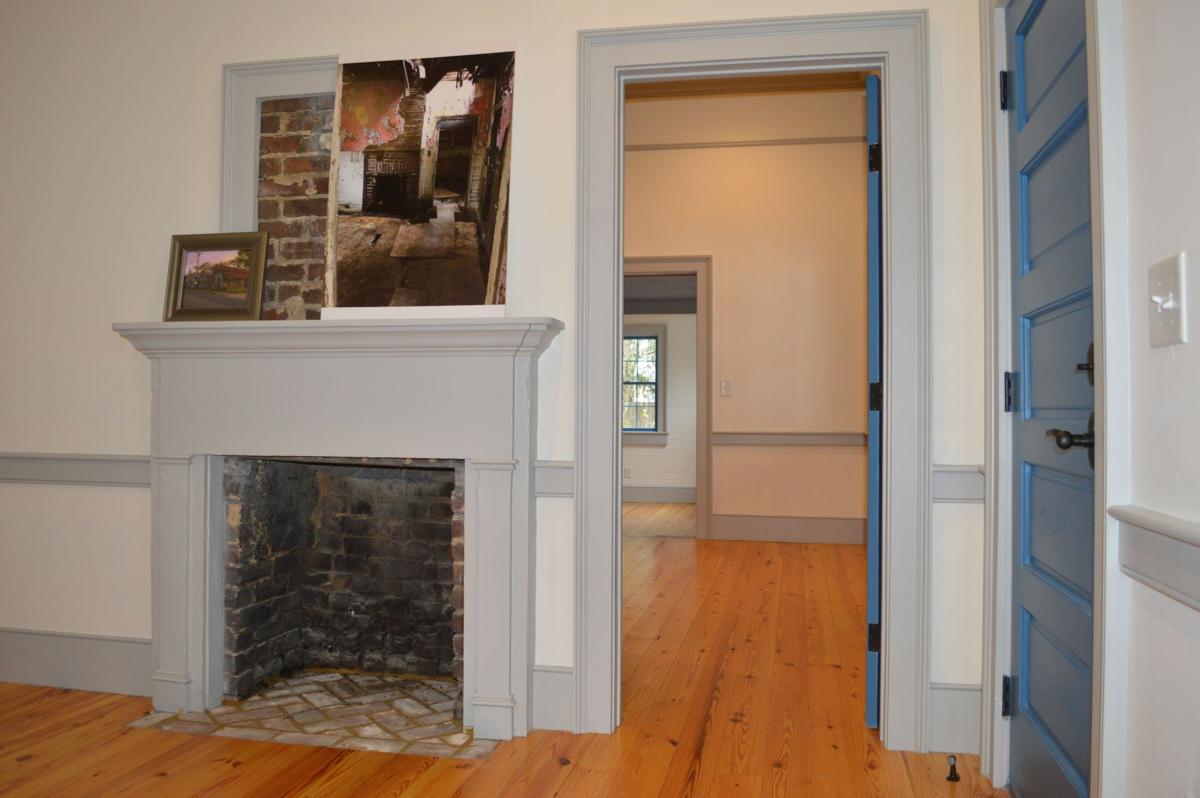 A photo above the fireplace shows what one of the Freedman's Cottages on Jackson Street looked like before it was renovated recently. Provided/Mount Vernon Partners 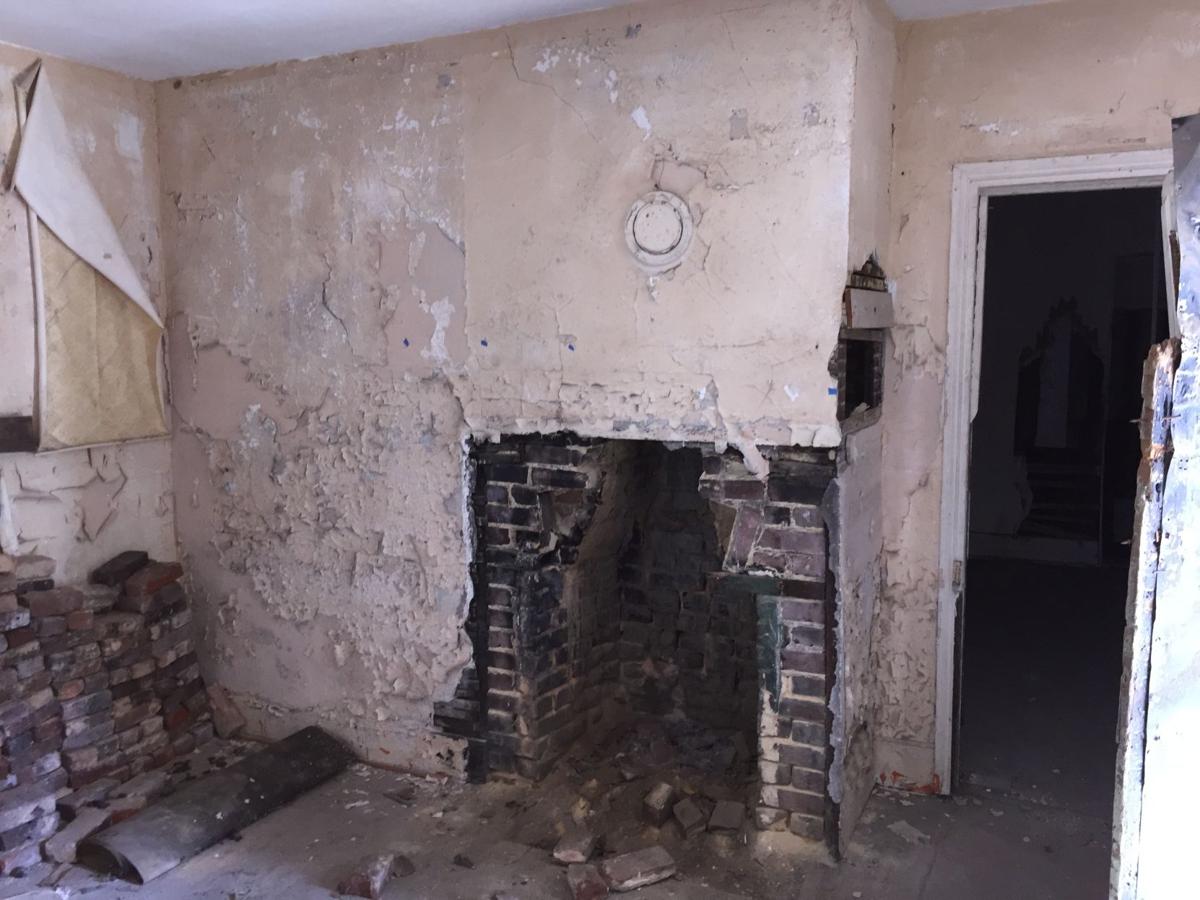 The interiors of the Freedman's Cottages on Jackson Street in Charleston were in total disrepair before preservation efforts got under way in 2018. Provided/Mount Vernon Partners 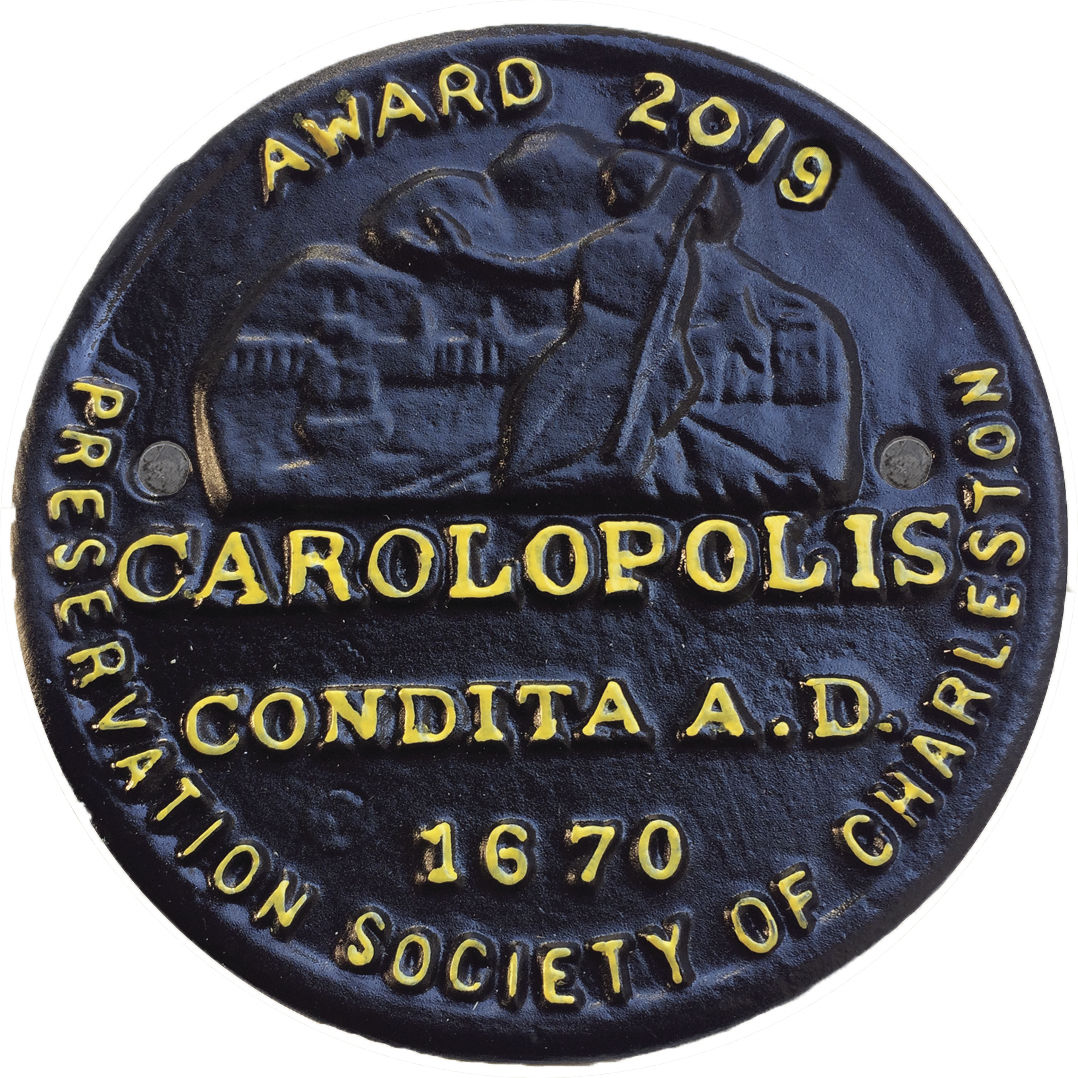 The Preservation Society of Charleston will hand out 20 Carolopolis awards for historic preservation on Thursday. Provided

The restored Freedman's Cottages on Jackson Street are among 20 recipients of this year's Carolopolis Award for outstanding historic preservation. Lauren Petracca/Staff

The piazza has been restored at the former Freedman's Cottage on Jackson Street next to the new Summit Place Apartments. Provided/Mount Vernon Partners

The restored kitchen inside one of the four Freedman's Cottages on Jackson Street in Charleston. Provided/Mount Vernon Partners

Built in the late 1800s to meet Charleston's increasing demand for housing, small houses between 300 and 500 square feet sprung up all across the upper peninsula in what may have been the first tract houses, a late 19th-century version of affordable housing.

Called Freedman's Cottages to house some of the city's former enslaved citizens who were concentrated in the area in the decades following the Civil War, the structures were also home to immigrants from Germany and Ireland, according to some accounts. It is believed as many as 1,000 of the small houses were built on the upper peninsula to house Charleston's working-class families.

Over time, the structures were abandoned and fell into disrepair. Many no longer exist.

But in recent years, the Preservation Society of Charleston and the Historic Charleston Foundation took note of a cluster of four remaining structures in their original locations at 193-199 Jackson St. and pushed forward efforts to bring them back to life to reflect part of the city's culture and history.

Owned by real estate investment firm Mount Vernon Partners LLC, with offices in Charleston and Charlotte, the four structures are scaled-down versions of the Charleston single house, meaning they are one room wide with a side piazza and a gabled roof. But unlike a true single house, they are just one story tall and have no central hall staircase. They are now used for office and event space.

On Thursday at the Riviera Theater, the Freedman's Cottages will be among 20 historic projects across the region receiving the Carolopolis Award from the Preservation Society of Charleston.

The other 19 recipients of this year's award, from a variety of categories, will be announced during Thursday's ceremony.

“I’m humbled that my team and I will be trusted as stewards of these great little buildings, buildings that had been overlooked in Charleston’s architectural fabric for a long time," said Cameron Glaws, a partner in Mount Vernon Partners and the owner of Brown-Glaws Contractors, which worked on the cottages. "I’m glad there’s still a few left to save."

As part of the $2 million investment to preserve the cottages, Glaws said he also was happy to help preserve a record of the lives that passed through them.

When renovation began on the cottages in 2018, they were uninhabitable, missing vital elements such as doors, windows and large swaths of siding. The interiors were in similar disrepair, missing walls, ceilings and functioning kitchens and bathrooms.

Because of their advanced deterioration, much of the historic and non-historic finishes were removed to access and restore structural integrity, according to the award nomination.

On the outside, the cottages were restored to how they most likely appeared originally. A larger piazza was added to the rear of the house at 197 Jackson St. with new, wider decking that compliments the historic floor material.

On the interiors of the cottages, a small number of walls were built to enclose restrooms to meet current building codes, but the original floor plans remain intact otherwise.

"The aim of the project was to restore the integrity and function of the structures so the public can enjoy these historic treasures," according to a statement from the Preservation Society. "With the help of historic tax credits awarded by the State Historic Preservation Office and the National Park Service, the Jackson Street Cottages are well-preserved and will remain in their historic grouping for years to come."

The Carolopolis Award, a black plaque about the size of a bread plate, is among the most ubiquitous ornaments on downtown buildings. It dates back to 1953 to recognize outstanding achievement in historic preservation. To date, more than 1,400 properties have been recognized. Last year, the society handed out 13 awards.

Corie Hipp of the Preservation Society points to one other interesting aspect of this year's honorees: They are not all on the peninsula, where the 350-year-old city's oldest homes are concentrated.

"We are excited to have an incredible group of projects from James Island to downtown to West Ashley, including awards for historic renovations of exteriors and interiors as well as new construction," said Kristopher King, executive director of the Preservation Society of Charleston. "It is such an honor to be able to recognize these incredible, individual efforts to preserve Charleston."

The 66th annual awards are presented by Belmond Charleston Place and Carriage Properties and include a reception with libations and live music after the ceremony.