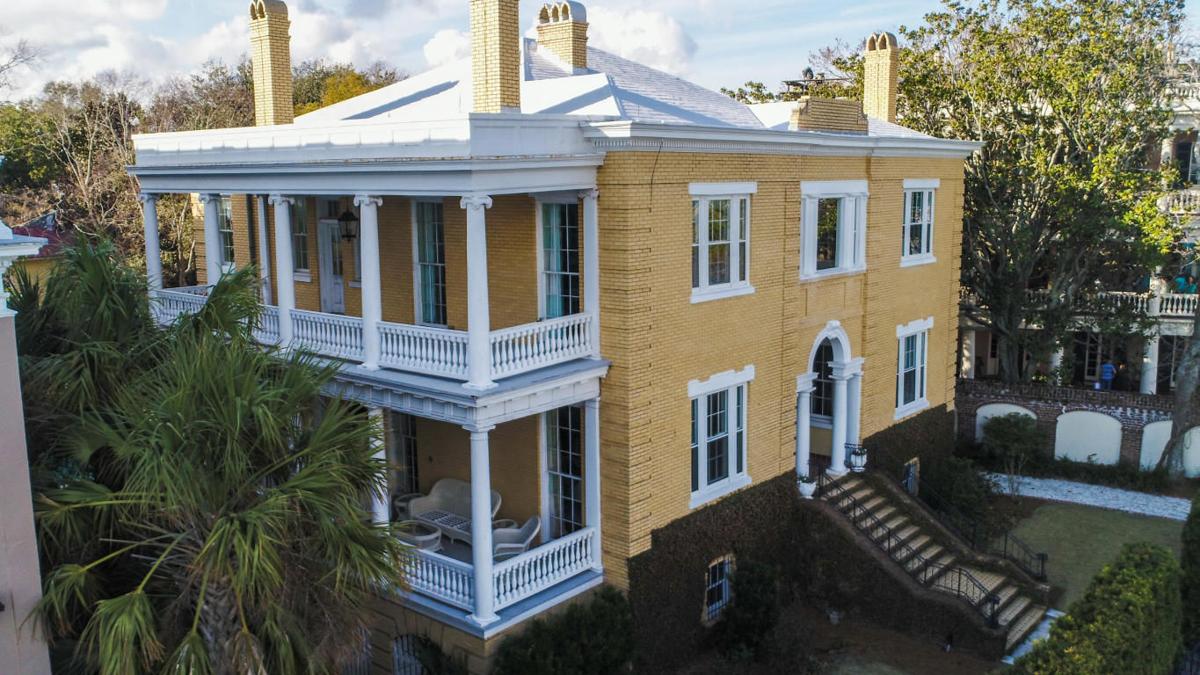 The 19 E. Battery St. mansion includes double piazas and a set of stairs leading to the front stoop. 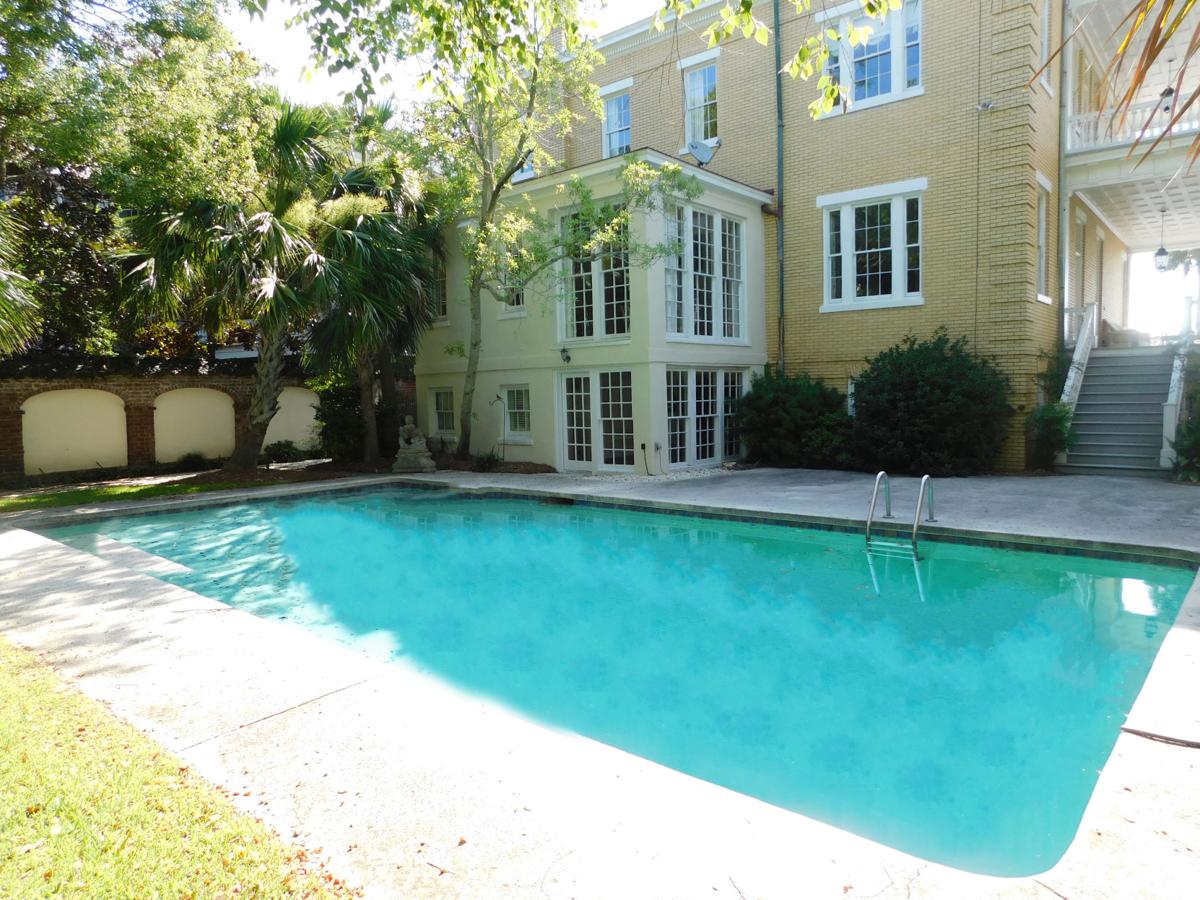 A sizable pool marks the backyard of the Albert Simons-designed home downtown. 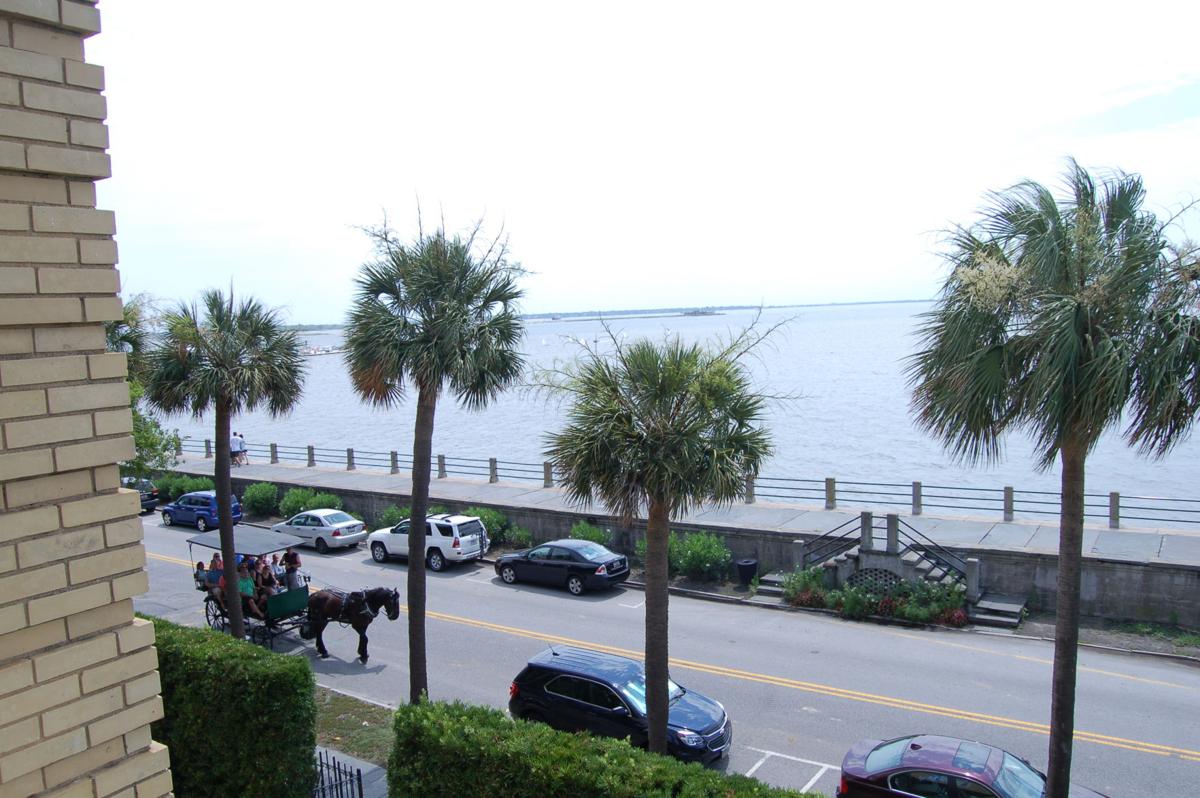 A horse-drawn carriage tracks by 19 E. Battery St., as seen from a side piazza. 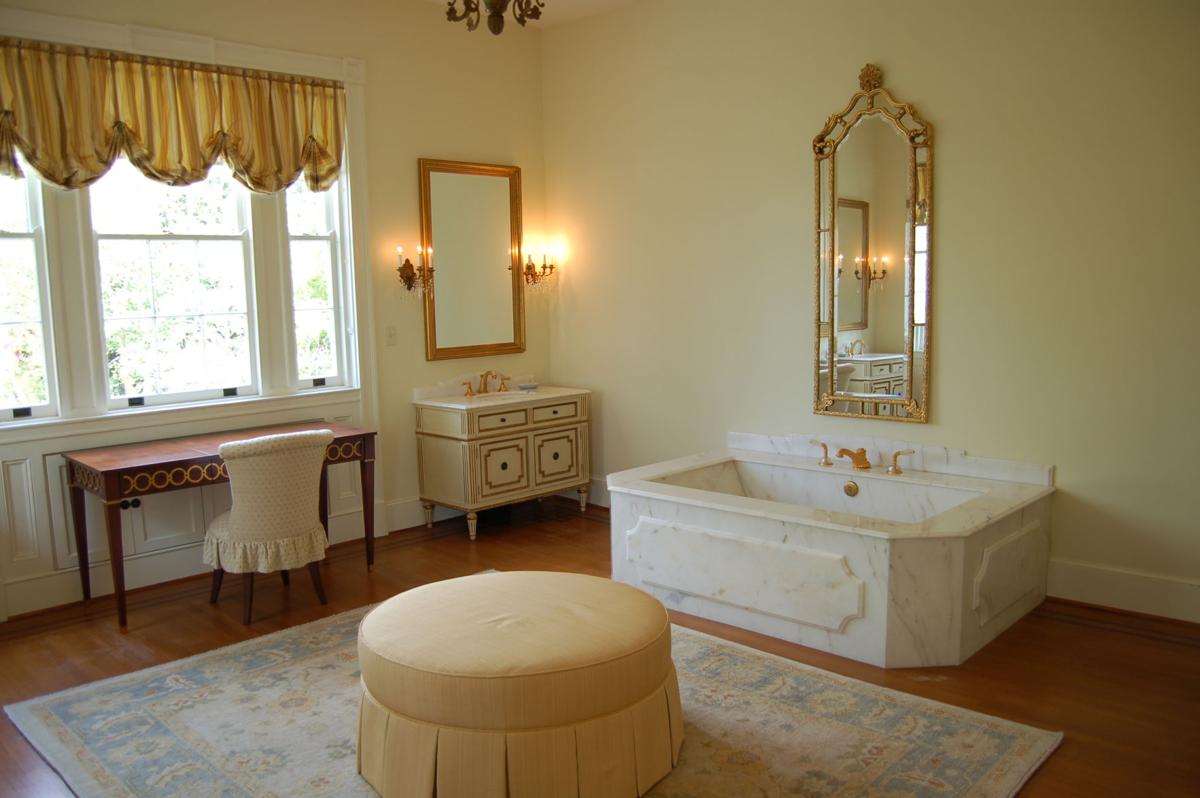 The master bathroom in the south of Broad mansion is a converted bedroom. 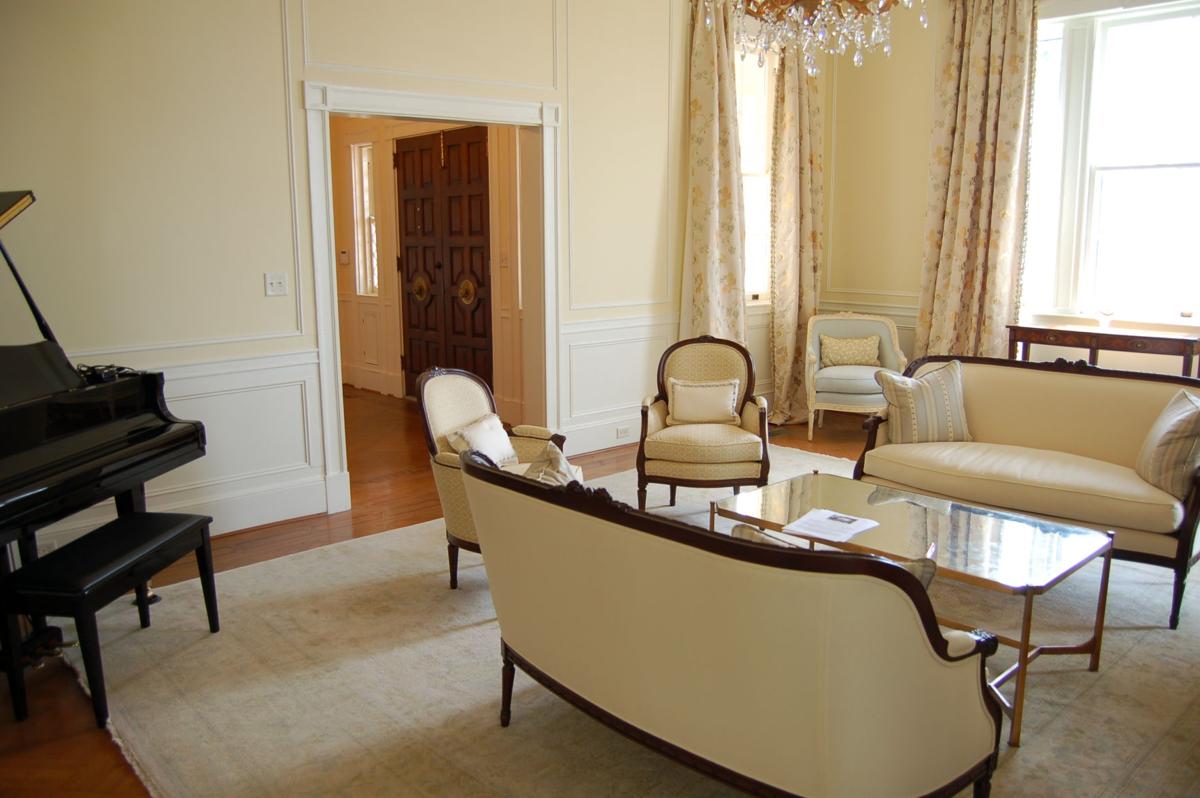 The family room boasts a piano. 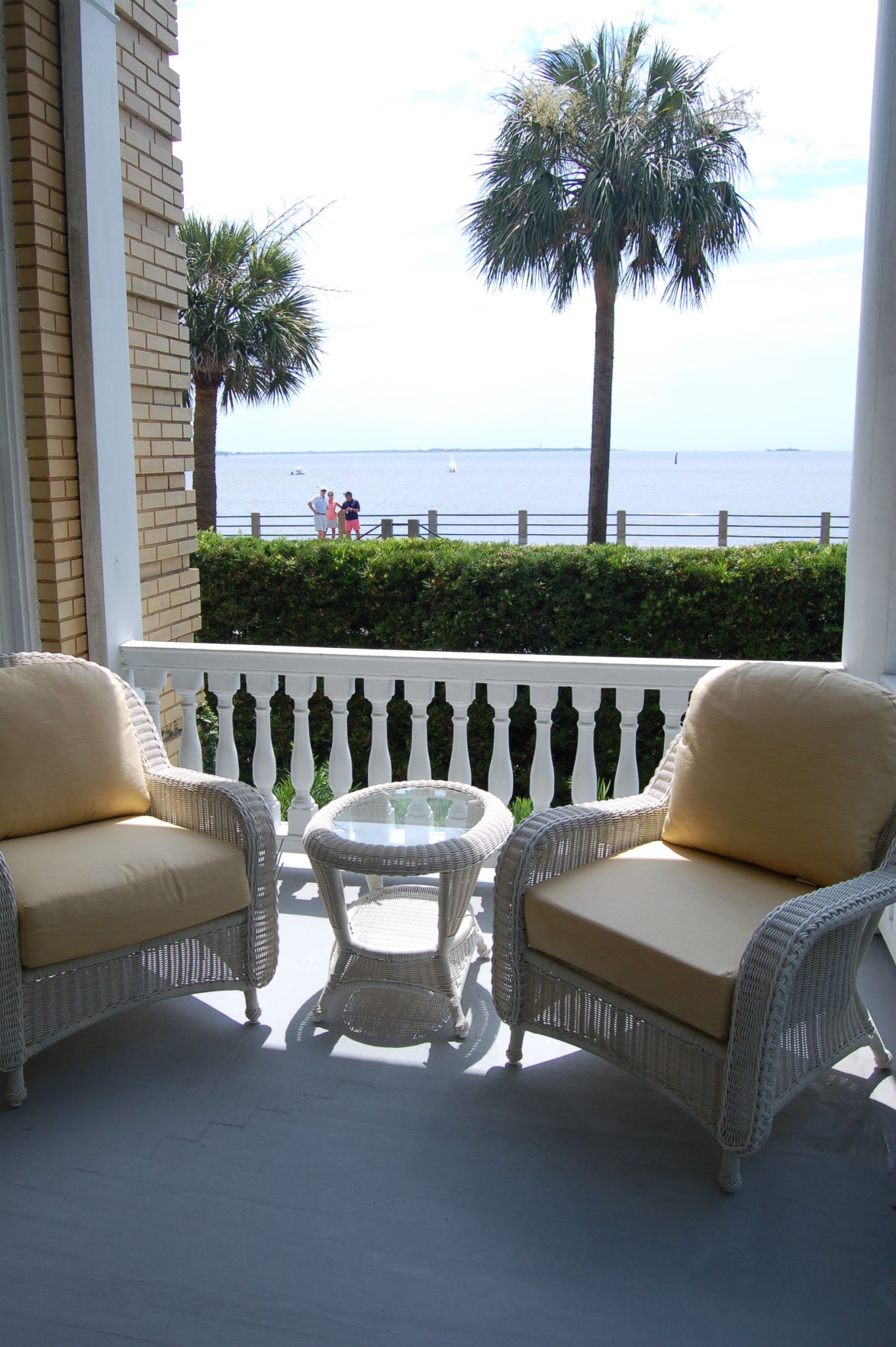 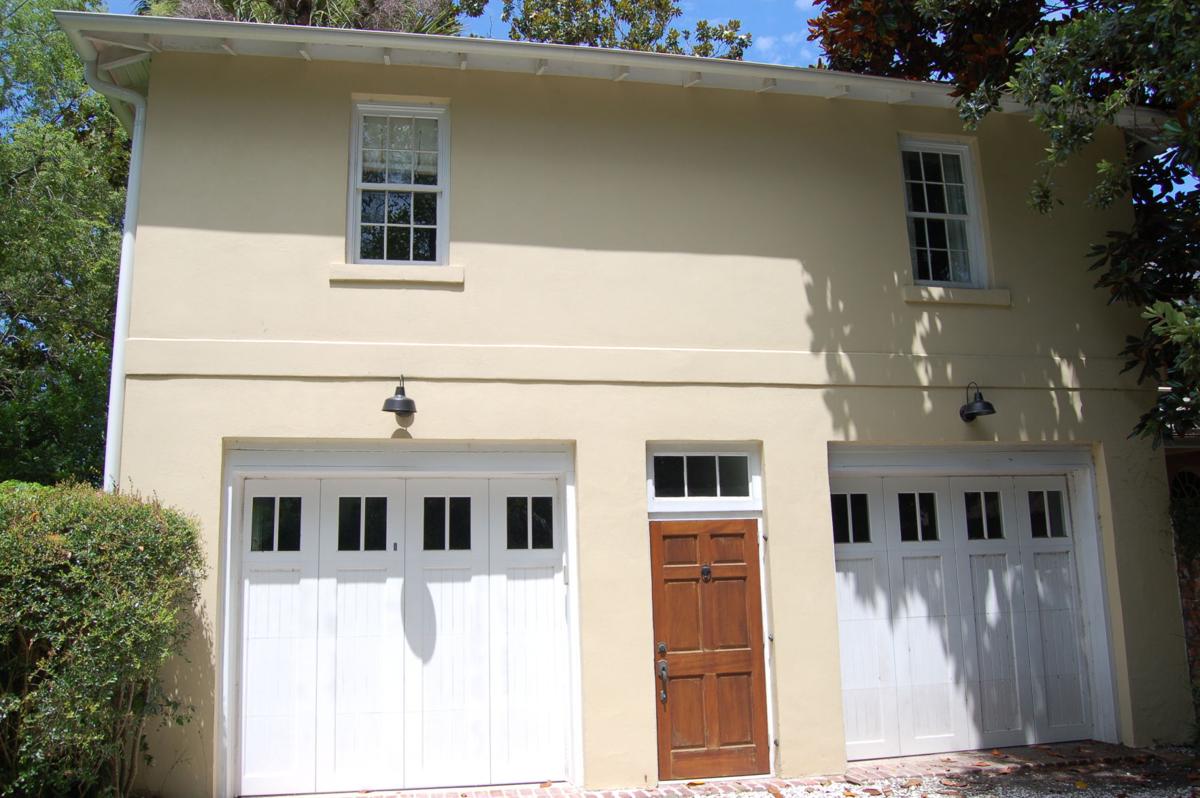 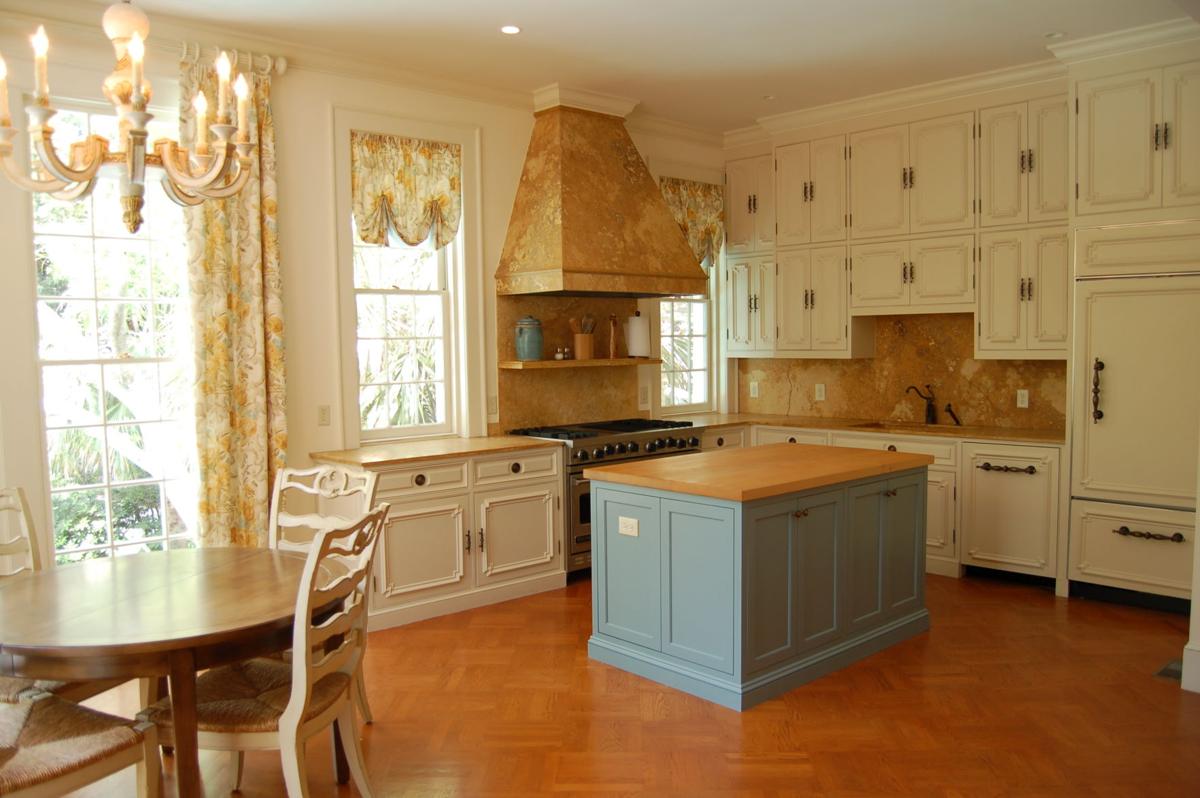 The kitchen includes a central island with wood counter, rows of cabinets and inlays over the refrigerator door. 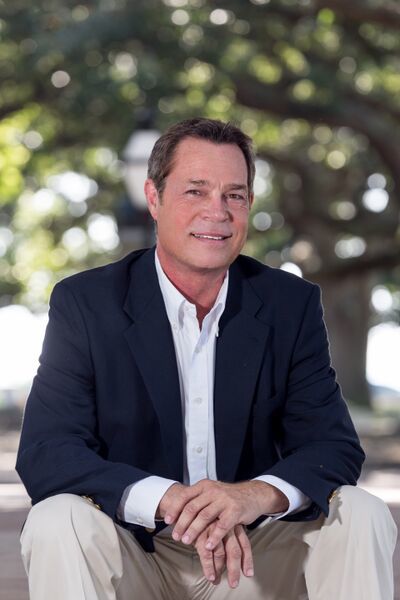 The 19 E. Battery St. mansion includes double piazas and a set of stairs leading to the front stoop.

A sizable pool marks the backyard of the Albert Simons-designed home downtown.

A horse-drawn carriage tracks by 19 E. Battery St., as seen from a side piazza.

The master bathroom in the south of Broad mansion is a converted bedroom.

The family room boasts a piano.

The kitchen includes a central island with wood counter, rows of cabinets and inlays over the refrigerator door.

For 260 years, people at this spot have gazed at wave-running Charleston Harbor, tagged Fort Sumter and Castle Pinckney in the bay, stood sentry to defend the city against 19th century British threats and watched for war planes during World War II.

Today, vacationers learn about its idiosyncratic style: The home is a regular stop for carriage tours due to its history and Southern charm, says Bobby Shealy, an ERA Wilder Realty broker associate who traces his Charleston roots to 1679.

The visually spectacular spot is at 19 East Battery St., a 6,872-square-foot mansion and small carriage house dating to 1920. The property, boasting a stately, yellow brick residence that architect Albert Simons created close to a century ago, landed on the market this winter for $7.2 million.

"The house is great for entertaining (year-round)," says Shealy, citing the three-story layout, big formal rooms, columned double porches on the south side and a flowing atmosphere throughout the house.

Shealy, the listing agent, says he's handled eight showings, and interest is evenly split between personal-home seekers and those desiring a vacation villa. Older couples admired the home during walk-throughs, and younger families appreciated the multiple bedrooms on a floor.

"This house (throughout the years) commanded a lookout point," he says. Reportedly the second-floor alcove, now known as the orchid room, offered spot-on views "land and air" when the Navy commandeered the home 76 years ago as an operations office to keep ready for potential attacks.

Modern and age-specific highlights appear throughout the mansion, including:

Sights from the upstairs master suite are "one of a kind. There's nothing else like it out there," the agent says. The third-level piazza adjoins the suite; it's "nice to have morning coffee or afternoon wine up there," Shealy says.

In his listing notes, Shealy noted that the property — named the Visanska House for "prominent haberdasher Julius M. Visanska and his wife Sarah, an accomplished Charlestonian — (is) the newest of the high battery mansions overlooking the Charleston Harbor and all its majesty."

The Library of Congress recognizes 19 East Battery in its Historic American Buildings Survey - the site distinguishes itself as one of just 10 noted estate properties on the Charleston peninsula. "This historical find awaits the most refined buyer who values the treasure charm of the South," Shealy notes.

According to the broker, the Visanska home blends Renaissance and Greek-Revival styles as well as maintaining Charleston single house features such as porches facing south to capture cool harbor breezes. Original parquet floors, Dijon-colored brick and the restored carriage house give the property its "iconic place in Charleston history," according to Shealy.

The nearly 100-year-old main residence rests on the site of historic Fort Mechanic, as noted by a sidewalk plaque. The military fortification, Shealy says, was built in the mid 1750s during the Seven Years (French & Indian) War and "remained vital in the defense of Charleston until 1812, when the state of South Carolina relinquished it to the private owner."

Visanska contracted with architect and Charleston preservationist Simons to build the mansion. Visanska's wife was "well known for her leading roles throughout the community particularly women's suffrage," Shealy says. At the time, 19 E. Battery was said to be one of the most expensive homes built in Charleston, he says.

Considered a "double house," the residence sits on 0.4 acres touting landscaped southern gardens. Neighboring homes with long historical lineages include the Drayton and the Edmonston-Alston houses. Panoramic vistas from the home's front stoop encapsulate the harbor and Cooper and Ashley rivers.

For prospective buyers, Shealy says, 19 East Battery is a "one of a kind opportunity to win a piece of treasured Southern history."