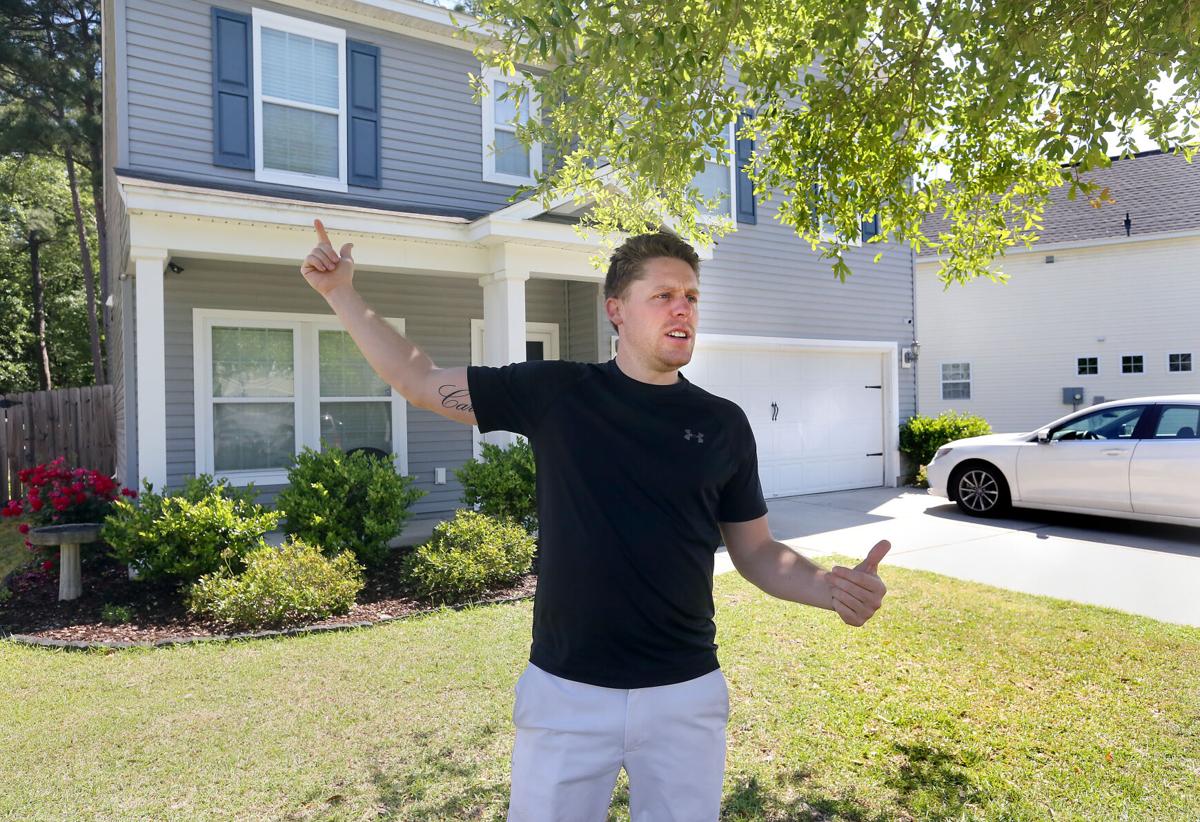 A.J. Dallman bought a home in Ladson in late February after outbidding five others and paying more than the list price, a common occurrence now with the supply of available homes down to less than a month in the Charleston area. Brad Nettles/Staff 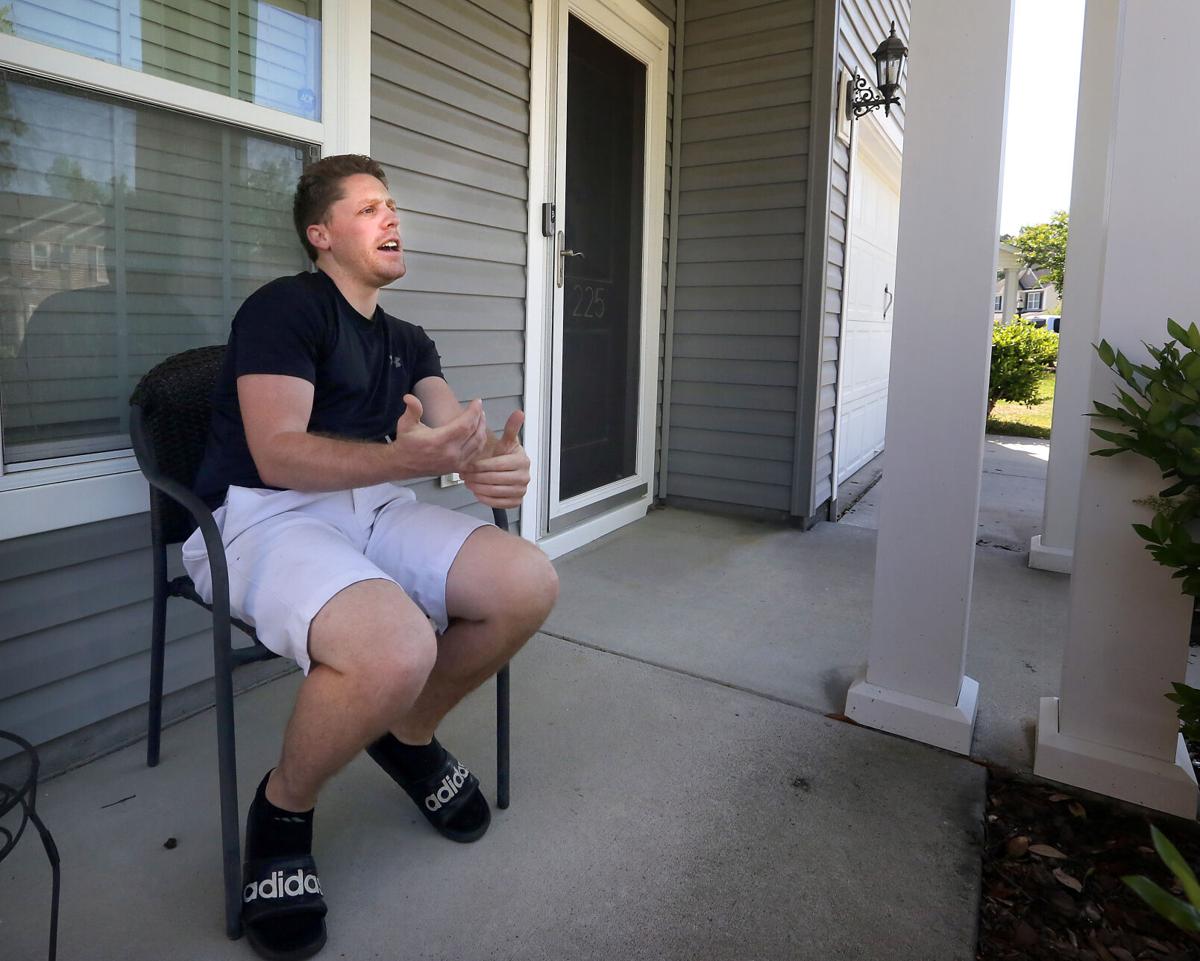 A.J. Dallman talks about his experience purchasing a home in Ladson as the Lowcountry housing market tightens to less than a month's supply of homes available for sale. Brad Nettles/Staff 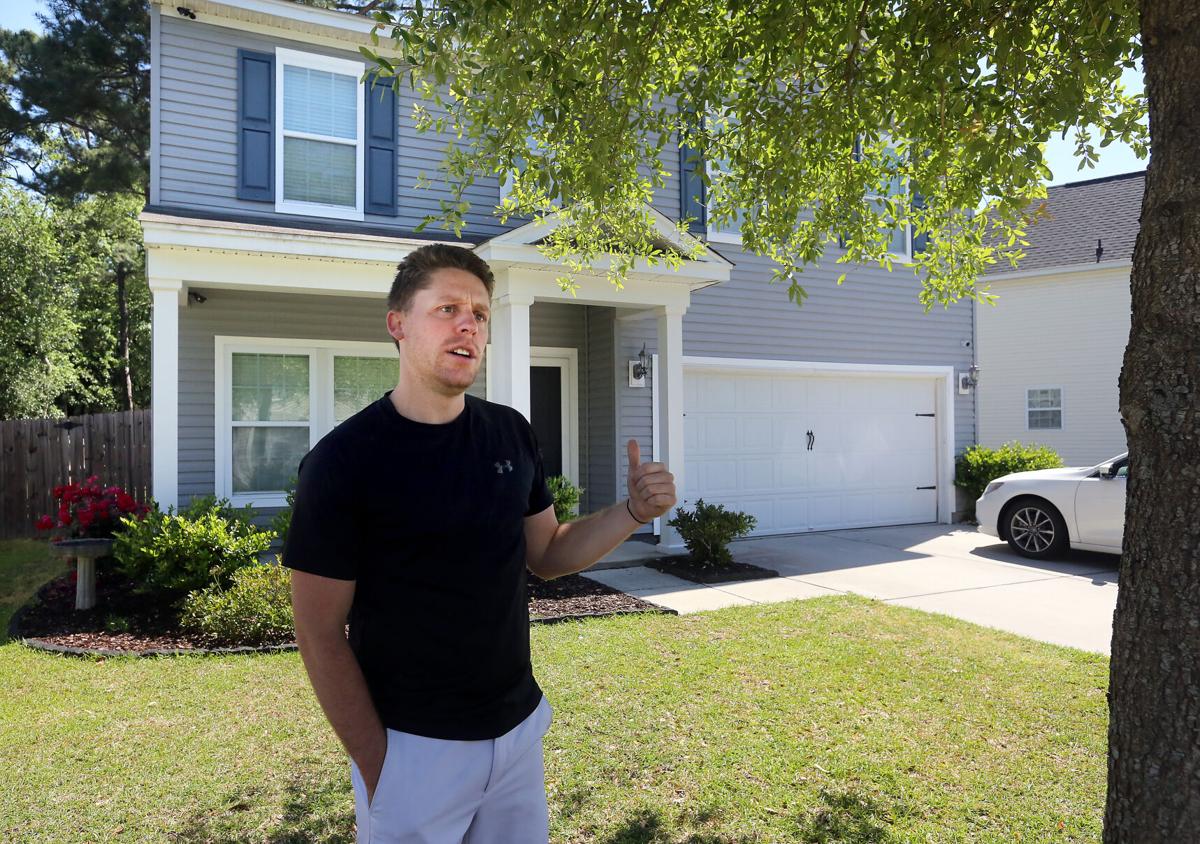 A.J. Dallman recently bought a home in Ladson after outbidding five others and paying more than the list price, an experience he called "very competitive" and "very stressful." Less than a month's supply of available homes is on the market in the Charleston area when a healthier amount should be four to six months of available housing stock.  Brad Nettles/Staff

Like many recent homebuyers in the Charleston area, A.J. Dallman paid more than the asking price to snag the place he wanted.

He scoured the region for about two months and looked at nearly a dozen properties before deciding on a two-story, three-bedroom house in the Ladson area.

Five other suitors wanted the 2,300-square-foot spread. Dallman said he won out by offering $5,000 more than the $275,000 list price. He also agreed to pay for the inspection and cover most of the closing costs.

"It was very competitive," said Dallman, a senior airman at Joint Base Charleston. "Leading up to the offer being accepted, it was very stressful."

The housing market has devolved into its current predicament largely because of the dearth of available homes for sale.

As of April 30, less than 1,400 residential properties were listed as "active" for sale on the CHS Regional MLS in Berkeley, Charleston, Colleton and Dorchester counties, according to the Charleston Trident Association of Realtors.

That's less than one-month of supply based on recent sales volume. And the figure is thousands fewer than the amount needed to keep prices in check.

A healthy market would have four to six months of sales inventory, or between 9,000 and 10,000 homes, said Rusty Hughes, president of the Charleston Realtors group and a broker at Carolina One Real Estate.

While the National Association of Realtors predicted that new home construction will help close the gap nationally by next year, the disconnect in the Charleston region is not expected to change any time soon.

"The demand does not show any signs of slowing, and we only expect interest to increase with the beginning of the spring and summer vacation season," Hughes said.

The real estate industry's out-of-whack supply-and-demand curve has driven prices to record levels, and it's led to bidding wars among buyers, with some homes selling the day they hit the market.

"The sellers are like the golden calf right now," said Grace Pritchard with Brand Name Real Estate in West Ashley.

She said some buyers are so desperate, there's little they won't do to land a deal.

Cheap borrowing costs is one reason for the scarcity of homes. Another is tied to the pandemic.

Big-city dwellers left their homes in droves last year to escape COVID-19 lockdowns and work remotely. At the same time, some prospective sellers held back, keeping their houses off the market to keep the coronavirus at bay.

Charleston among 24 least affordable US housing regions; Greenville in 28 most affordable

The combination led to an explosion of home sales once stay-at-home orders were lifted late last spring — a trend that has shown no signs of slowing down.

Hughes of Carolina One said that from a seller's standpoint, "this is the best time for real estate" he's ever seen in his career.

Residential transactions throughout the Charleston region closed in on 22,000 for the first time ever in 2020, up more than 17 percent and eclipsing the previous record set a year earlier when the economy was at full throttle.

So far this year, nearly 5,800 homes have changed hands throughout Charleston and its neighboring counties, roughly a quarter of the 24,000 sales across the state through March.

The hyper-competitive market has continued to pushed prices higher. Buyers across the region paid about $50,000 more in March than they did 12 months earlier. The median buying point in the Charleston market in March came in at $337,000. That's $8,000 more than the national figure.

A growing number of buyers are coming to the bargaining table with cash offers, which also is driving up sales and prices. They often can jump ahead of purchasers who need extra time to secure a mortgage.

"We were up against cash quite often, and some of my clients didn't have an opportunity," said Karena Sturgis of Carolina One.

She called the inventory shortage problematic for many prospective buyers, especially renters wanting to become owners.

"My heart hurts for the clients who are just looking for a home to settle down in," she said. "They have a definite timeline. They can't just rent forever. And they can't go month to month forever. Many apartments require you to lock in for six months or a year. If a buyer ends up breaking the lease, it could cost them more money."

Sturgis also said buyers are in such a rush they're agreeing to prices that are higher than the appraised values that banks and other lenders depend on.

She pointed to a house in the Shadowmoss neighborhood off of Highway 61 in West Ashley. It sold for $425,000 but was appraised at $385,000. The buyers had to come up with $40,000 in cash to make up the difference that the mortgage company would not cover.

The urge to buy even crossed over from Sturgis's professional life into her personal life.

"A neighbor knocked on my door to see if I would sell my house," she said, noting that her home isn't for sale. "It's a crazy, busy, hectic market. It might be the strongest market we have ever had, but it might not be the best market."

The market is not just competitive for buyers. Nearly 8,000 real estate agents work in the Charleston region. That's roughly six for each current listing.

And many of them are looking to generate activity. They've turned to postcards and other outreach efforts showing the selling price of nearby properties to entice homeowners to jump into the market.

"We are seeing new construction move as fast as it can with limited availability of land and, thereby, lots," Arnold said. "Inventory is constrained on the building side and the existing-home sales side as homeowners wait to list their homes because of the pandemic."

He estimated the number of developed lots in the area is about 20 percent short of demand, partly because it can take up to two years to obtain all the required local approvals to begin work.

The number of building permits issued in the region last year for single-family homes totaled about 5,300, or about 1,200 fewer than the projected need based on the lot shortage.

The National Association of Realtors expects housing starts to climb by 100,000 to 1.7 million in the U.S. in 2022. How much of that increase will trickle down to the Charleston area remains to be seen.

As for prices, Arnold said they're being skewed higher by several converging factors, including material shortages, rising lumber prices, supply delays, a skilled-labor crunch as well as the undersupply of ready-to-go lots.

An entry-level residence in the Charleston market should cost about $150,000 to $250,000 based on local income levels. Arnold said the median price for that segment of buyers has moved higher, to about $350,000, partly because of the inventory shortage. Other estimates put it around $300,000.

"That's a problem for the market," Arnold said. "It delays people's purchase of a home. They decide they are going to rent for a couple of years until they save enough for a down payment. At the same time the price of housing goes up, and the price of land doesn't get any cheaper. It's almost a catch-22."

And local paychecks aren't keeping up with the frothy prices. The per-capita income in Charleston County is slightly less than $40,000, and it's about $30,000 for Berkeley and Dorchester counties, according to the U.S. Census Bureau.

That's about $3,000 a year more than what many financial experts suggest should be budgeted for housing expenses.