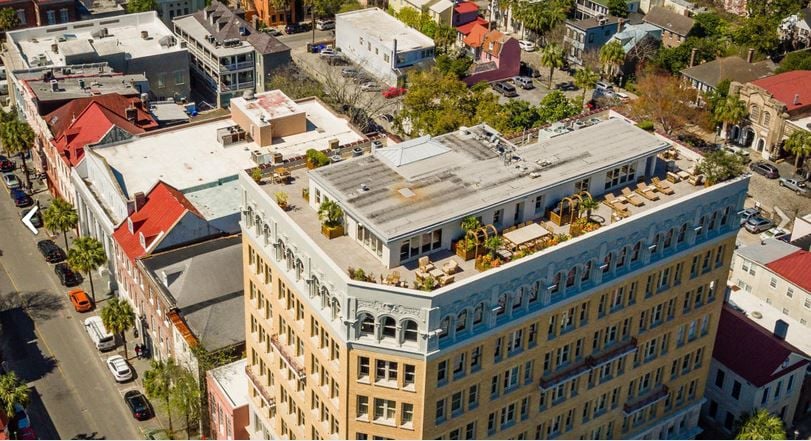 The penthouse condo and rooftop terrace of the Peoples Building in downtown Charleston sold Friday for $12 million. Provided 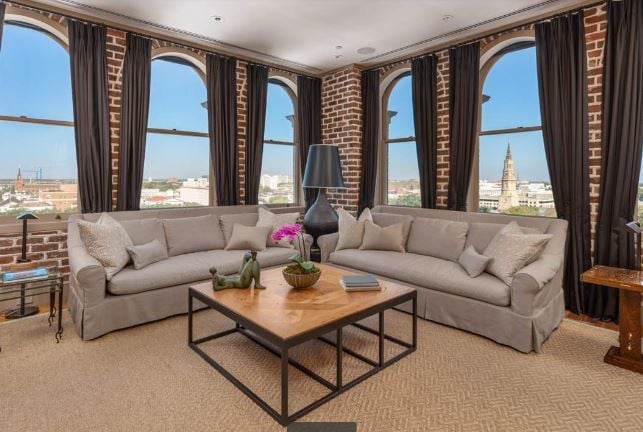 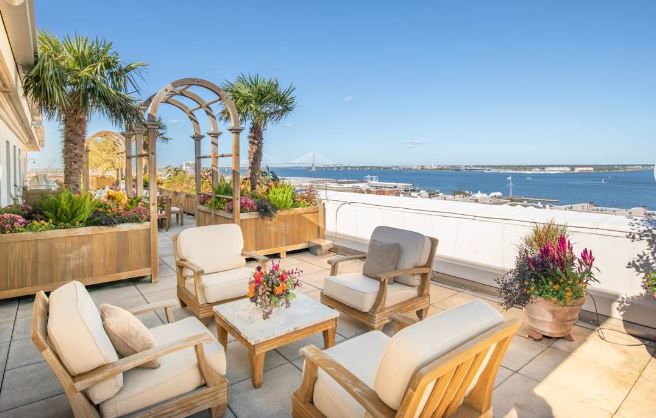 The deck of the penthouse at 18 Broad St. in downtown Charleston offers a stunning vista of the area around the peninsula. KeenEye Marketing/Provided 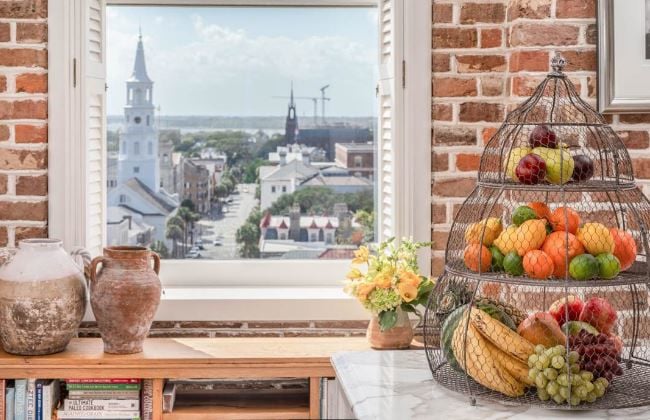 The penthouse in the Peoples Building at 18 Broad Street offers views of some of Charleston's iconic buildings and others rising on the peninsula. KeenEye Marketing/Provided

The penthouse condo and rooftop terrace of the Peoples Building in downtown Charleston sold Friday for $12 million. Provided

The penthouse in the Peoples Building at 18 Broad Street offers views of some of Charleston's iconic buildings and others rising on the peninsula. KeenEye Marketing/Provided

The sale of a residential property in downtown Charleston set a new price record Friday for the peninsula.

The condo castle atop the city's first "skyscraper" fetched a record $12 million, according to the The Cassina Group, the real estate firm that handled the sale for the seller.

The deal was recorded with Charleston County on Friday.

Philanthropist Terri Henning decided to sell the two-floor penthouse on the eight-story Peoples Building at 18 Broad St. in favor of a rental property in the Charleston area for now, said Robertson Allen of the Cassina Group, who represented her in the sale. He also said she owns some property in the region that she could eventually build on.

“My children and I lived on the sixth floor of the Peoples Building years ago, and I have always said that was my favorite place I’ve ever lived," Eudy said Friday.

"Terri became a dear friend, and I was just blown away with her vision and her meticulous renovation of the space," Eudy added. "I will appreciate every detail every day, and I can truly say my children and I are beyond thrilled to call this our new family home.”

The lavish abode was placed on the market in 2018 for $16.5 million, $3 million less than when it went on the market four years earlier. The Cassina Group took on the listing last October for $12.5 million and secured a contract within 12 weeks.

Henning bought the high-end home, which includes three bedrooms and three-and-a-half bathrooms in 8,363 square feet on the eighth floor as well as another 3,200-square-foot rooftop terrace, just after the turn of the century.

She refurbished it to make sure none of the 56 arched windows was lost to protect the panoramic views of Charleston Harbor and the steeple-studded skyline of the historic downtown area.

The Peoples Building also has been used as a destination. ABC News anchored its solar eclipse coverage from the rooftop terrace in 2017.

When the unique Charleston building opened in April 1911, visitors arrived just to ride its steel-framed elevators. President William Howard Taft reportedly admired the view from Charleston’s first skyscraper, saying “I don’t believe it did ruin the skyline, but if it did the view from up here makes it worth it.”

The previous highest-priced sale on the peninsula came in 2019 when the 7,352-square-foot, antebellum home at 23 Legare St. sold for $8.625 million, according to Charles Sullivan with Carriage Properties.

Before that transaction in November, the longstanding record for a peninsula sale was the four-story, Colonial-era home at 32 South Battery that sold for $7.72 million in 2015.

The top residential sale in the region remains on Kiawah Island, where a 9,777-square-foot mansion on Bally Bunion Drive changed hands in 2015 for $20.25 million.

Note: This story has been updated to reflect the previous highest-priced sale on the Charleston peninsula.