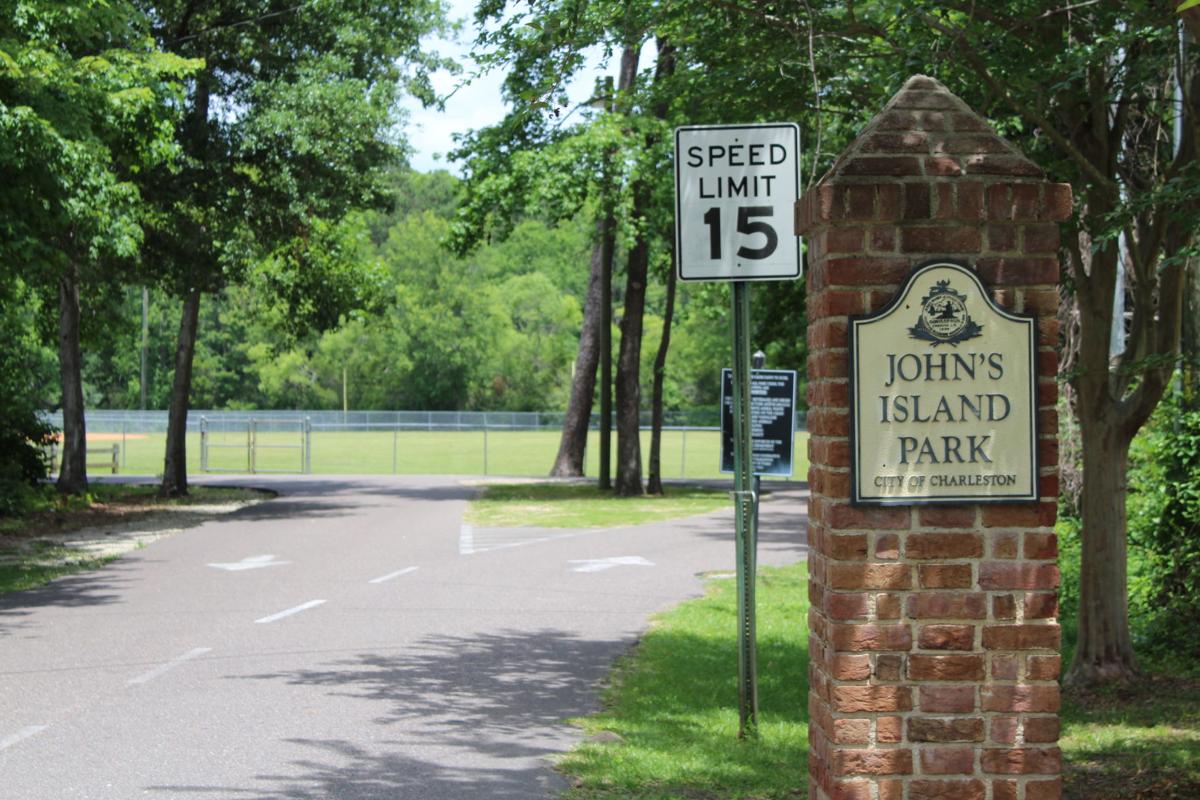 Charleston's John's Island Park, at Hay and Walpole roads near the intersection of Maybank Highway and Main Road. The city is pursuing a $1.6 million purchase of nearly 12 acres, to expand the park. Provided 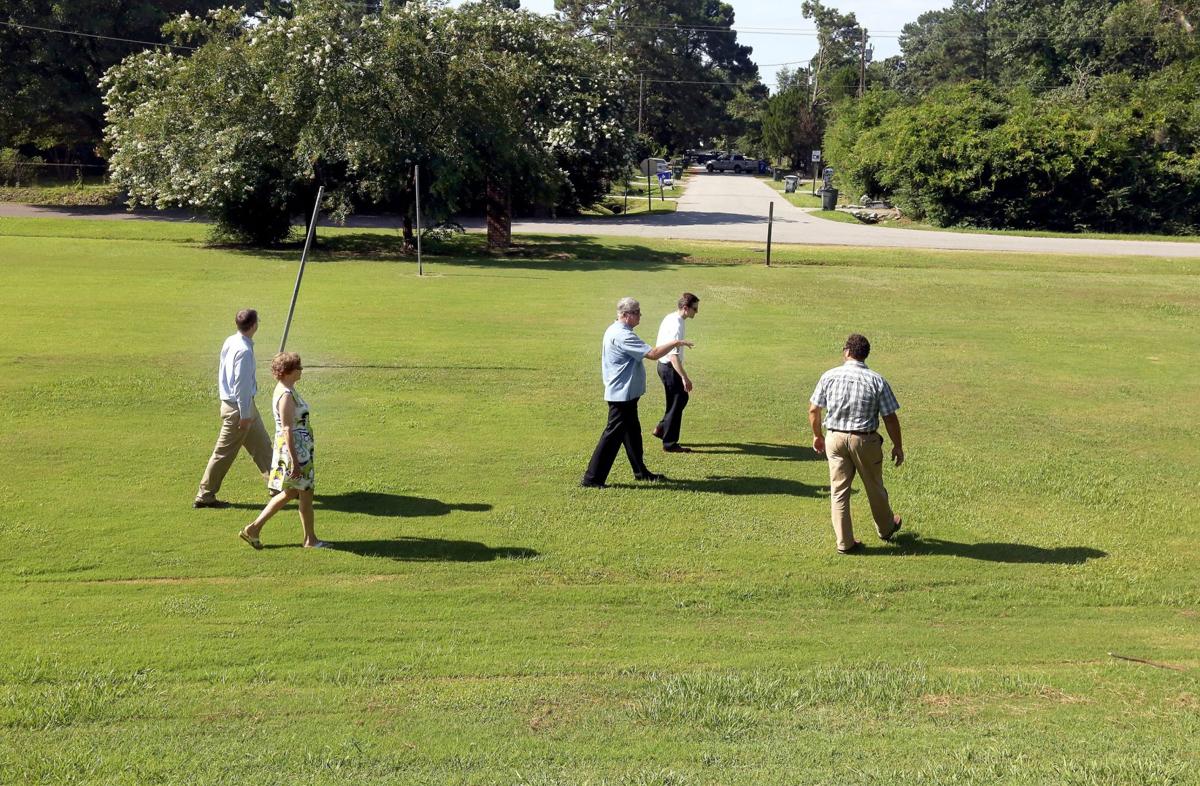 Tim O'Rouke (center), Charleston County's Parks and Recreation Department director at the time, leads a group from the department and the Parklands Foundation on a tour of the site of a planned public pool in the city of Charleston's at Johns Island Park in 2016. The county's plans for a pool were later shifted to Hollywood. File/Brad Nettles/Staff

Johns Island Park would see a substantial expansion if the city of Charleston completes a proposed purchase of more than 11 acres of adjacent land.

"We know we have needs to serve the citizens of Johns Island and Charleston County," said Jason Kronsberg, Charleston's parks director. "This would give us an opportunity to possibly provide a recreation center and more open space."

The current park, near the intersection of Maybank Highway and Main Road, includes baseball fields, tennis courts, restrooms, a playground, a dog park, disc golf and open space. It's the city's only active recreation park on Johns Island, portions of which are within the city limits.

"When the parks department started talking to me about expanding the park, I was over the moon," said Councilman Karl Brady. "The Johns Island Park is already nice, but this is an opportunity to really invest in Johns Island."

The city is seeking about $1.6 million in Charleston County Greenbelt funds to buy the property. The money would be part of the city's remaining allocation of greenbelt funds, worth about $35 million.

The City of Charleston is seeking to add 11.25 acres of land to Johns Island Park. The purchase would be paid for with Greenbelt funds.

BRANDON LOCKETT AND BRYAN BRUSSEE| THE POST AND COURIER

The city's application is moving through the county approval process, so far with a committee-level recommendation for approval.

If the city does not acquire the land to use as a park, current Charleston zoning would allow up to 66 homes there.

With I-526 extension moving forward once again, Charleston communities brace for impact

If the city does acquire the land, it's not clear how it would be used to expand the park, or when. Kronsberg said the city's is working on a 10-year plan for recreation that would include Johns Island Park.

In 2016 the Charleston County Park and Recreation Commission announced plans to build a pool in the city's park, part of a larger effort to make sure residents of rural areas learn how to swim. Those plans later changed, shifting the location of the swimming pool to the town of Hollywood, Kronsberg said.

Charleston is seeking input about Johns Island Park through an online survey at surveymonkey.com/r/JohnsIslandPark.

It's not uncommon for local governments to acquire land for future parks using Charleston County Greenbelt funds and then take years to improve the land for park use.

Charleston, Mount Pleasant and the county Park and Recreation Commission all own large tracts of land where future parks are planned. The greenbelt funds used to acquire the properties are meant to protect land from development and are generated through the same countywide half-cent sales tax that also funds road construction projects.

6 hot spots where Charleston's region is changing the most