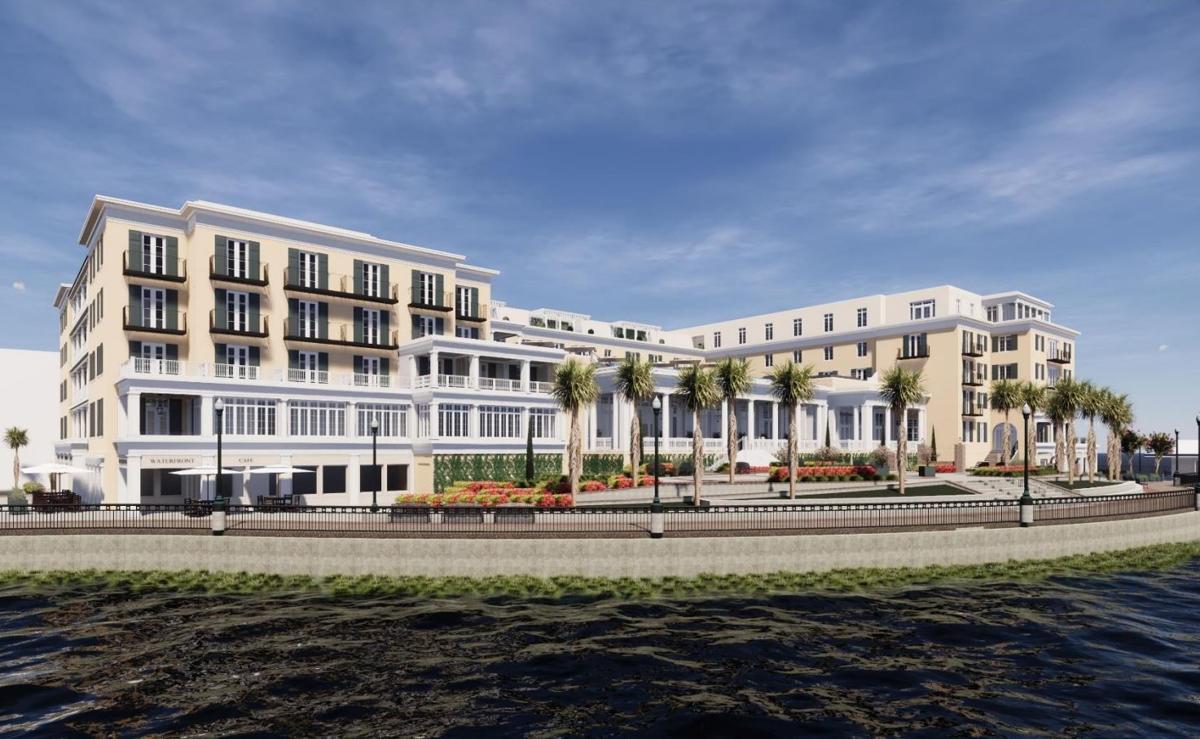 The 225-room hotel planned next to Charleston's Waterfront Park received final approval from the Board of Architectural Review on Wednesday. McMillan Pazdan Smith/Provided 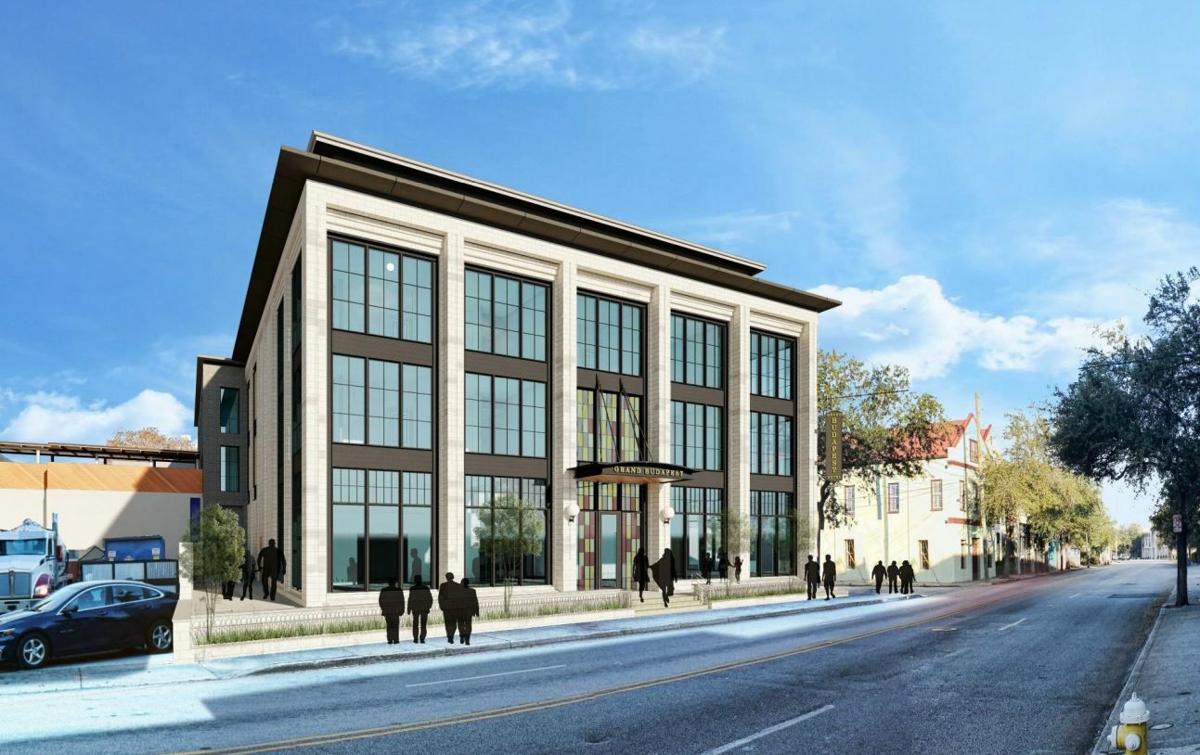 The boutique hotel planned for 235 East Bay St. is up for final approval from the Board of Architectural Review. Bello Garris Architects/Provided

A high-profile hotel project planned next to Charleston's Waterfront Park cleared a crucial hurdle this week, moving it a step closer to a planned groundbreaking later this year.

Charleston's Board of Architectural Review gave its third and final approval to the 225-room property planned for a harborside site on Concord Street.

The full-service lodging is being developed by Lowe, which has its headquarters in Los Angeles and an office in Charleston. The firm purchased the waterfront site in 2017 from the State Ports Authority which, until recently, had its headquarters there.

Lowe is currently in the process of demolishing the former ports authority building and plans to start construction before the end of the year and open in 2022.

Planned amenities include an outdoor pool with harbor views, a full-service spa, a rooftop lounge and a signature restaurant. Most of the ground floor is dedicated to retail space.

In addition to the hotel itself, the project includes a planned 400-foot extension of Waterfront Park, lengthening the pathway and providing more dock access.

Though the hotel has final approval, Lowe and the project's architects, McMillan Pazdan Smith and Robert Glazier, will still need to work with city staff on additional adjustments to the design.

A list of conditions was included in the BAR's approval, advising architects to take another look at elements like balcony detailing and handrails.

According to plans submitted to the city, the structure will have a stucco facade — very similar to the finish on the Grand Bohemian Hotel on Wentworth Street, architects said — and mahogany storefronts on the first floor.

The materials used in the hotel design were the focus of discussion when the BAR deferred final approval at a review in May. Dan Battista, Lowe's senior vice president of development in Charleston, assured board members Wednesday that their concerns had been addressed in the final version of the design.

The detail-oriented board noted the improvements made to the hotel plans since developers received the first of three approvals at the end of 2017. The second was secured in March of this year.

The sheer size of the block-long building has been a challenge in the review process as every element, from cornices to shutters, was evaluated.

Lowe is in the process of building another Charleston-area hotel at Wild Dunes Resort in Isle of Palms. Construction on a 153-room lodging with a ballroom and rooftop event venue kicked off earlier this year, and the hotel is expected to open sometime in 2021. Lowe has owned the resort since 1990.

The BAR also granted final design approval this week to a boutique hotel property planned at 235 East Bay St. The lodging includes suites with private terraces and an outdoor courtyard with a kitchen and bar.

Letters to the Editor: More charming people are moving to Charleston

An Aug. 21 Post and Courier letter to the editor said Charleston was losing its charm due to so many people visiting and deciding to stay.

New rules aimed at slowing hotel development in downtown Charleston took another step toward being adopted Tuesday, but one more vote is needed to make them final.

With an expansion underway, a gated Isle of Palms getaway plans to add guest rooms and revamp the visitor experience at its existing accommodations.